Meet Ann Hodges, the Only Woman Who Ever Got Hit By a Meteorite Survived

In February 2013, the sonic boom from an enormous meteorite damaged buildings and injured more than one thousand people near the city of Chelyabinsk, Russia. But that damaging space rock was not the first to shatter a human life.


Very few people in recorded history have the distinction of being on the receiving end of a meteorite. In fact, there’s only one person with proof: Anne Hodges, an Alabama woman struck by a pineapple-sized rock from outer space.. and lived to tell the tale. You’d think only someone very fortunate indeed to have survived a trauma like that, but after the meteorite hit her, Ann Hodges became anything but fortunate. 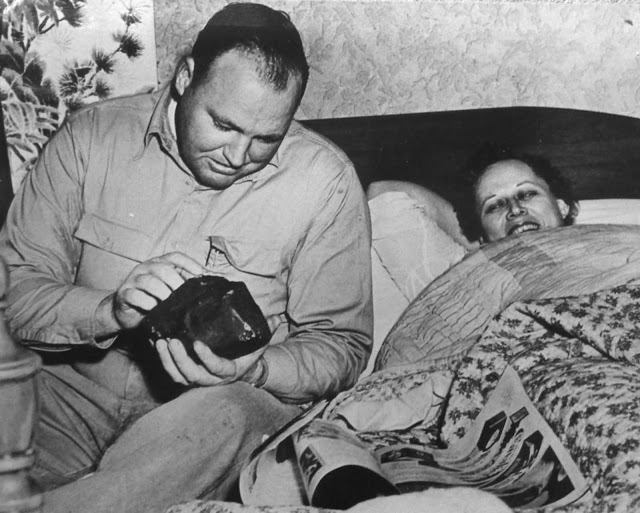 Hewlett Hodges, Ann Hodges’ husband at the time she was hit by the meteorite, “studying” the infamous rock.

In late November of 1954, Ann Hodges was in the middle of an afternoon nap in her home in Sylacauga, Alabama, when a large rock came crashing through her ceiling, bounced off her radio, and struck her in the side, leaving a massive bruise. It had come from outer space, and the 8.5 pound meteorite was still warm to the touch.

Before the meteorite slammed into Ann’s living room, people in tiny Sylacauga and across eastern Alabama had reported seeing “a bright reddish light like a Roman candle trailing smoke.” Others saw “a fireball, like a gigantic welding arc,” accompanied by tremendous explosions and a brown cloud. 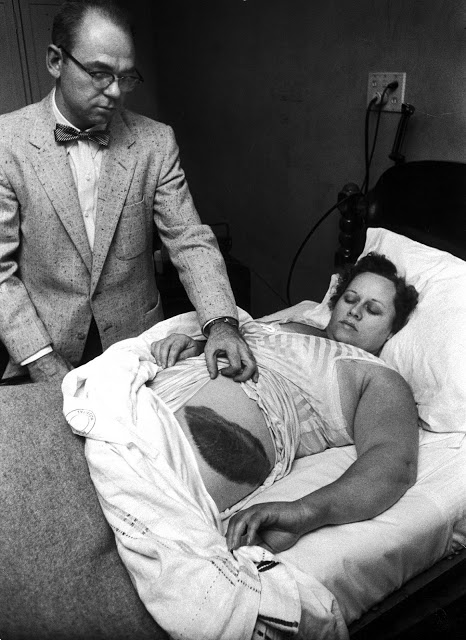 Dr. Moody Jacobs shows a giant bruise on the side and hip of his patient, Ann Hodges, in 1954, after she was struck by a meteorite. (Photograph by Jay Leviton, Time & Life Pictures/Getty Images)

A government geologist working in a nearby quarry was called to the scene and determined the object was a meteorite, but some people in town were skeptical.  Many people thought that a plane had crashed  while others reckoned that the Soviets were to blame.

So many people flocked to Hodges’ house that when her husband, Eugene Hodges, a utility worker, returned home from a hard day's work, he had to resort to pushing bystanders off the stoop in order to get inside his own house.

Ann was so overwhelmed by the crowd that she was spirited off to the local hospital. With Cold War paranoia running high, the Sylacauga police chief seized the meteorite and gaved it to the Air Force. 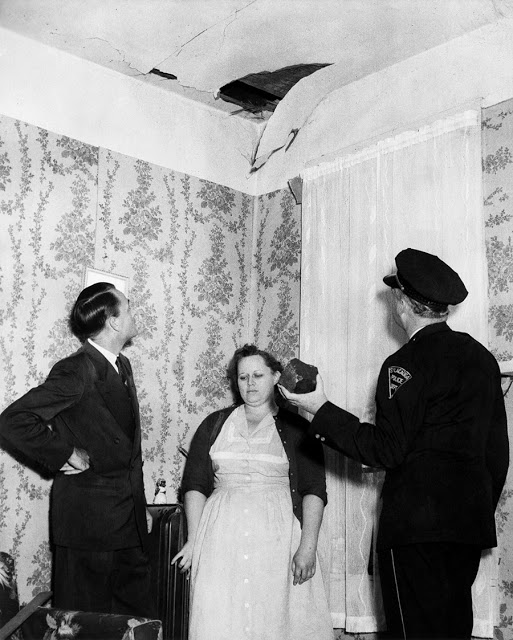 Hodges standing under the spot where the meteorite crashed through her ceiling. 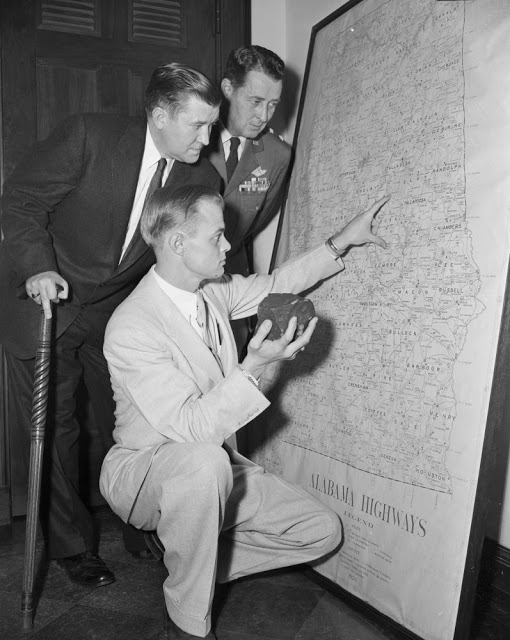 The Air Force on December 9th formally returned to Mrs. Hewlett Hodges the 8.5 pound meteorite which crashed into her Sylacuaga, Alabama, home on November 30th and hit her. Huel M. Love, Talladaga, Alabama, her attorney, holds the meteorite as he points to the town of Sylacauga on a map. Major General Joe W. Kelly (right) handed it over to Love in the office of Rep. Kenneth A Roberts (D-Ala.) (leaning on cane.)

After the Air Force confirmed it was a meteorite, the question then was what to do with it. The public demanded the space rock be returned to Ann, and she agreed.

“I feel like the meteorite is mine,” she stated. “I think God intended it for me. After all, it hit me!”

But there was a problem. Ann and Eugene were renters, and their landlady, a recently widowed woman named Birdie Guy, wanted the meteorite for herself. 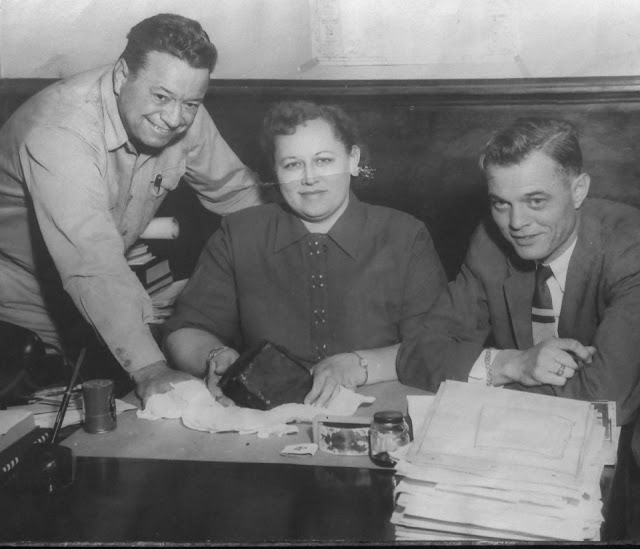 The Hodges (via the University of Alabama Museum of Natural History)

Guy obtained a lawyer and sued, claiming the rock was hers since it had fallen on her property. The law was actually on her side, but public opinion wasn't.

Guy settled out of court, giving up her claim to the meteorite in exchange for $500. Eugene was convinced the couple could make big money off the rock and turned down a modest offer from the Smithsonian.

But no one bit, and so the Hodges donated the meteorite to the natural history museum in 1956, where it's still on display. 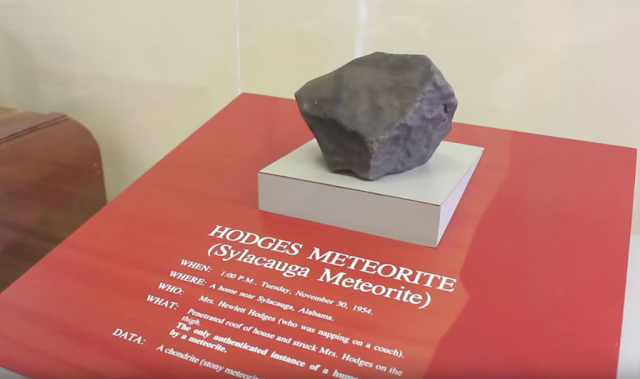 The Hodges Meteorite on display at the University of Alabama’s Natural History Museum.

Ann would eventually suffer a nervous breakdown, and in 1964 she and Eugene the stress had caused the couple to separate. She died in 1972 at the age of 52 of kidney failure at a Sylacaugan nursing home.

Eugene suspects the meteorite and frenzy that followed had weighed heavily on Ann. She was not a person who craved the constant attention brought on by this kind of notoriety. He said “she never did recover.”

Posted by Yesterday Today at 10:37 AM