They pilfered banks and mom-and-pop stores, killed police officers — and captivated the nation. But Clyde Barrow and Bonnie Parker, reared in the West Dallas slums, may have been their biggest fans.

Sure, Depression-era America was enamored with the love-struck outlaws, but Hollywood hype, intense media interest and time have ways of distorting reality.

Their life on the run, for the most part, was far from glamorous, historians say.

They were clumsy criminals. They didn't always rob banks, often resorting to stealing small sums of cash from gasoline stations and food stores, while living out of their stolen cars.

On May 23, 1934, a team led by Texas Ranger captain, Frank Hamer, tracked down Bonnie and Clyde in Louisiana where they would ambush the couple on Highway 54. It was documented that 107 rounds of bullets were shot in less than 2 minutes. Many bullets shot through the car, both bodies, then out the other side. Each body had been hit fifty times each. Though this was a long awaited victory for justice, America's dangerous sweethearts were gone.

These rare photographs of the ambush aftermath from PDNB Gallery feature the get away car, Texas Ranger Captain, Frank Hamer, and a post mortem of the couple. Also included is an earlier photograph, “Bonnie & Clyde, Kissing & Embracing.” 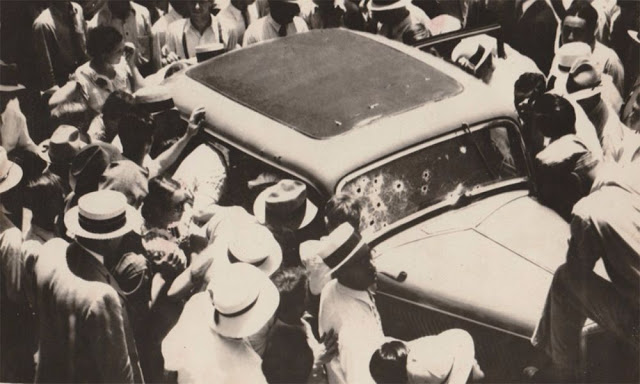 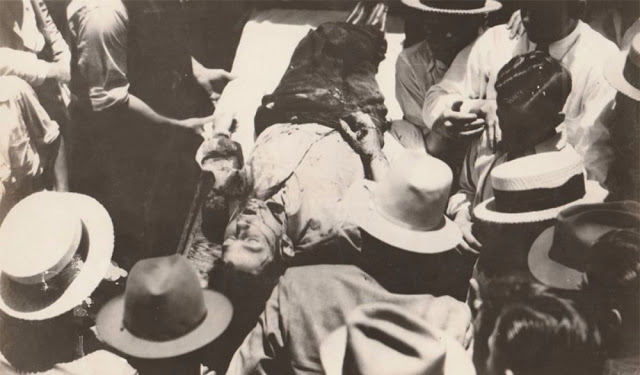 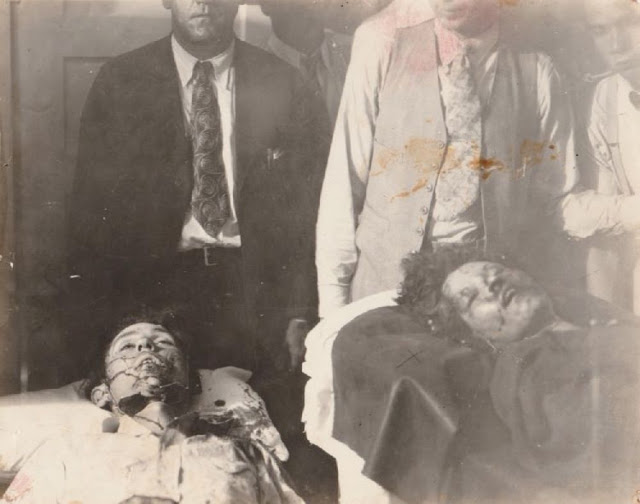 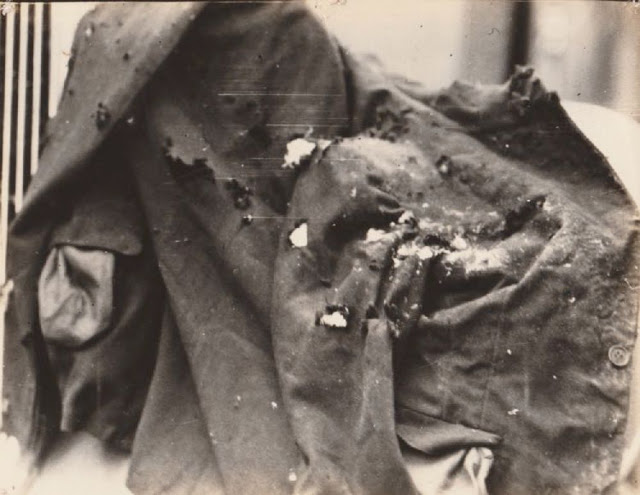 The jacket of the infamous Clyde Barrow, 1934 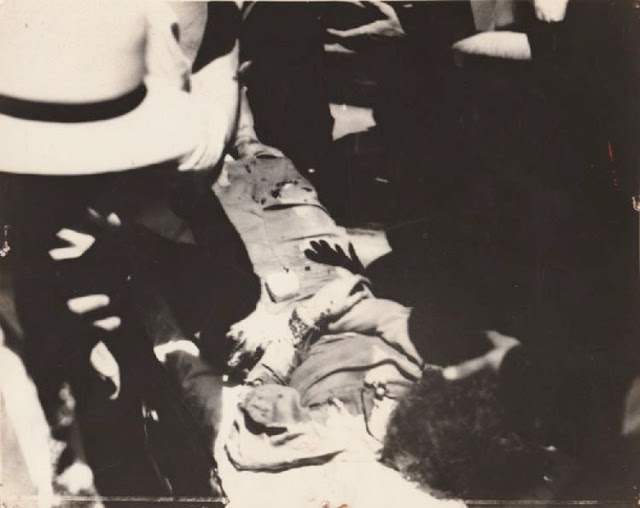 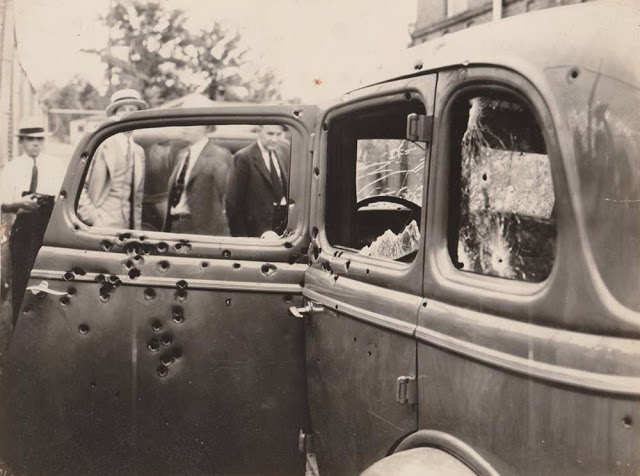 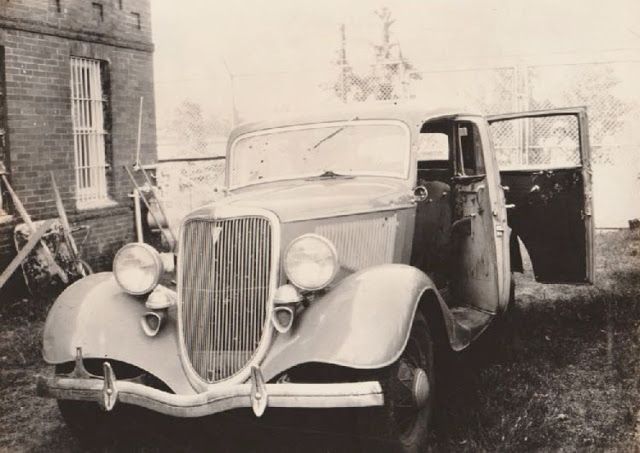 The automobile of Bonnie and Clyde, 1934 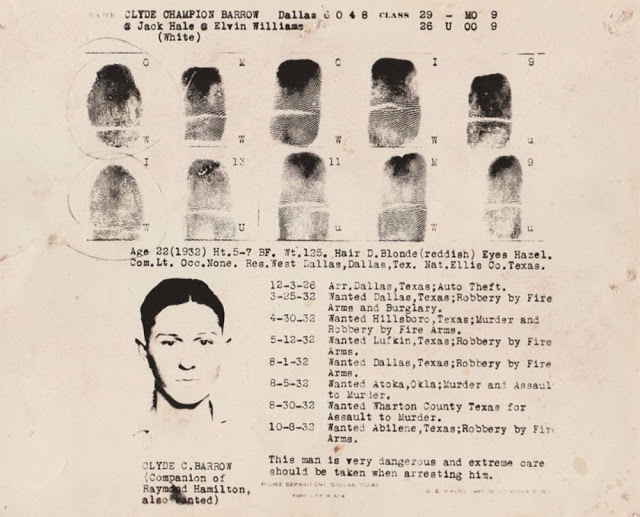 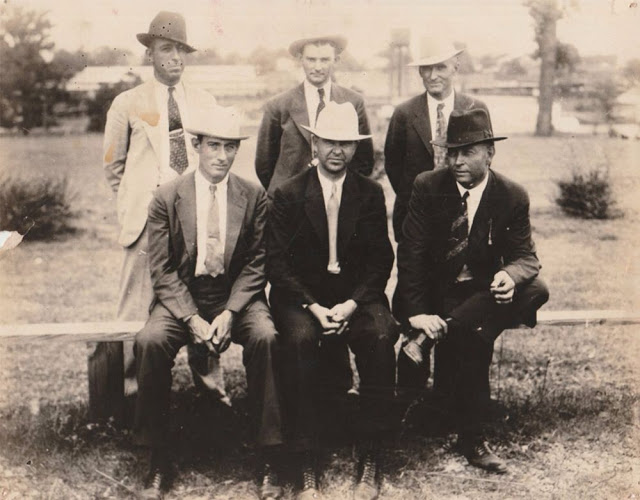 Former Texas ranger, Frank Hamer, and the posse that ended the lives of the notorious Bonnie and Clyde, 1934 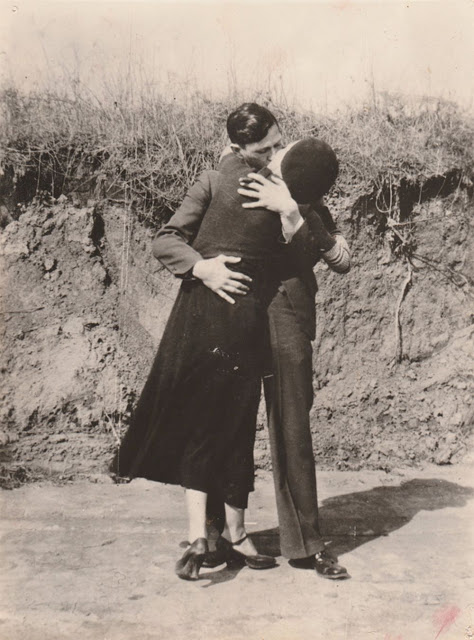 Bonnie and Clyde, kissing and embracing, 1933

Posted by Yesterday Today at 11:29 AM