Once, long before the Hollywood Freeway obliterated everything in its concrete wake, there sat at the mouth of the Cahuenga Pass an enchanting little group of bungalows and artist’s studios known as the French Village.

The French Village was the work of the extremely talented Walter S. and F. Pierpont Davis, sibling architects who, during their all too brief partnership, designed some of Hollywood and Los Angeles’ most beautiful and romantic structures. Although their oeuvre included homes, commercial properties and even churches, the Davis brothers’ are perhaps best admired for a set of deluxe apartment courts they designed in the 1920s, most notably the Roman Gardens at 2000 North Highland Avenue (1926) and the Court of the Fountains (today known as Villa D’Este) at 1355 North Laurel Avenue in West Hollywood (1928).

Completed in 1920, the French Village was immediately hailed for its charm and uniqueness with the Brothers and Withey receiving a citation of achievement from the local chapter of the AIA. Unlike most earlier bungalow courts, the French Village was intended for the transitory well-to-do and its construction helped to usher in a vogue for ever more elaborate apartment courts in Hollywood that would last the remainder of the decade with the Davis brothers and Arthur & Nina Zwebell as their master designers.

Throughout the 1920s, 30s, and 40s, the French Village was home to a revolving community of actors, writers, costume designers, dance instructors and singing coaches. Wallace Beery lived there for a while, as did costume designer. Gilbert Adrian (known to us simply as “Adrian”). In the 1940s, Irene Lentz (known to us as simply “Irene”) had a salon there. Unfortunately, that all came to an end with the construction of the Hollywood Freeway in the 1950s which is a huge shame, because it was a delightful enclave filled with the sort of charm we rarely see in Los Angeles these days. 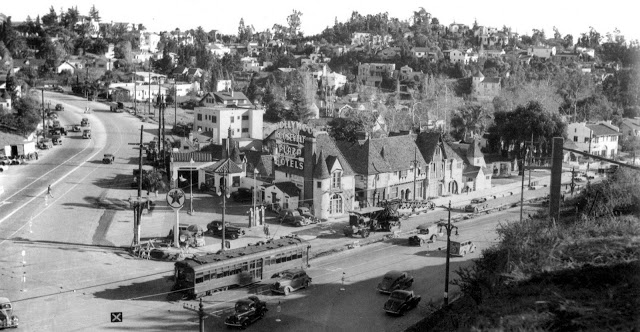 This little nestle of buildings was known as the French Village. It was set on a triangular plot of land at the point where Highland Avenue and Cahuenga Boulevard converged as they entered the Cahuenga Pass. 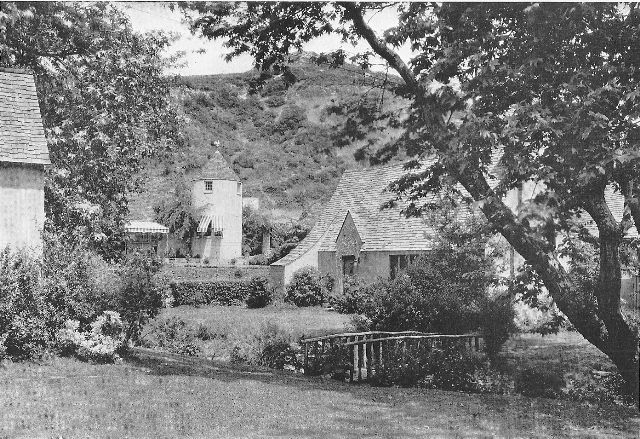 South of France? No, Cahuenga and Highland! 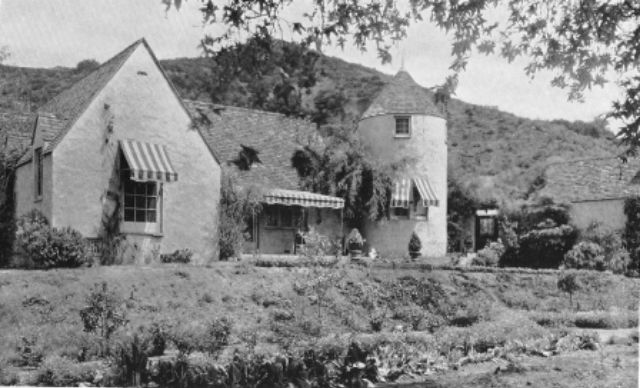 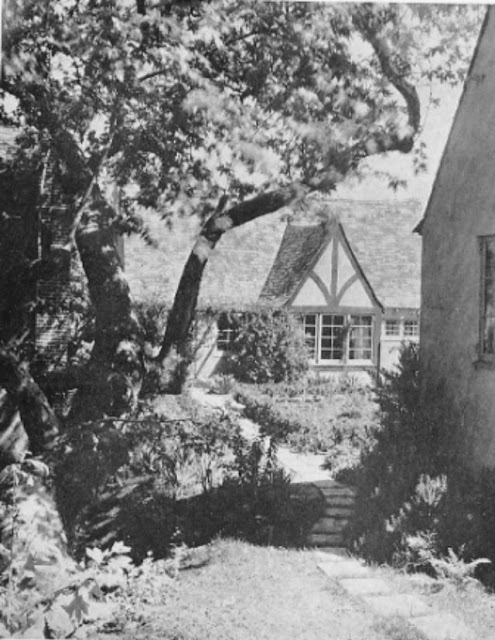 The surrounding gardens, which were later described as “the core of the little community,” were arranged with as much care as the cottages themselves. 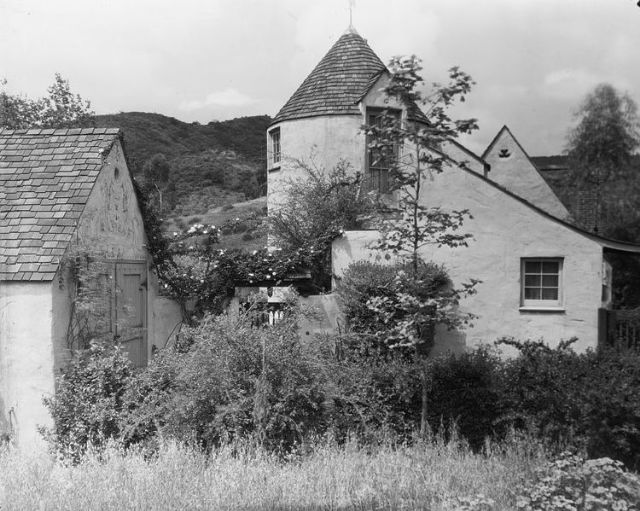 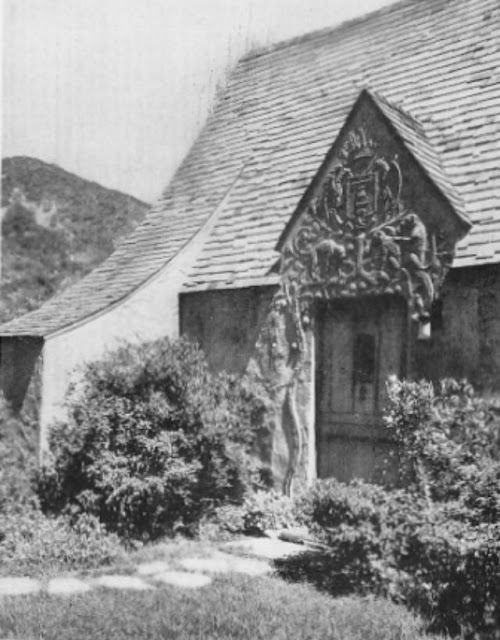 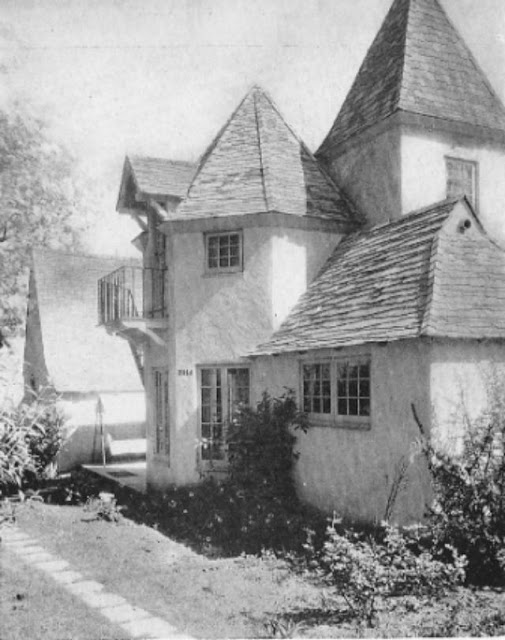 As enchanting as the French Village was, its location sealed its doom from virtually the very outset. 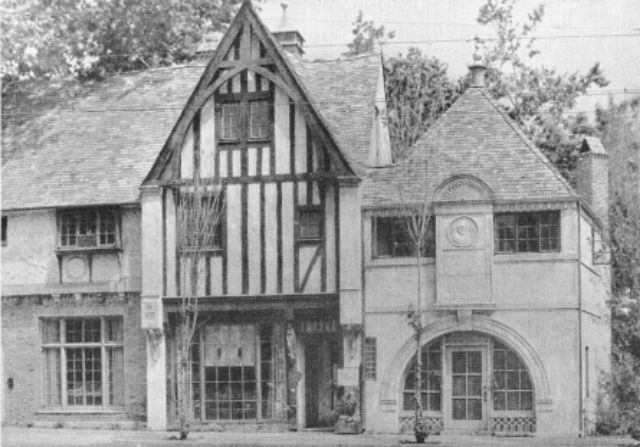 House of Jonah & the Whale, House of the Virgin Mary and the Henry IV studio. 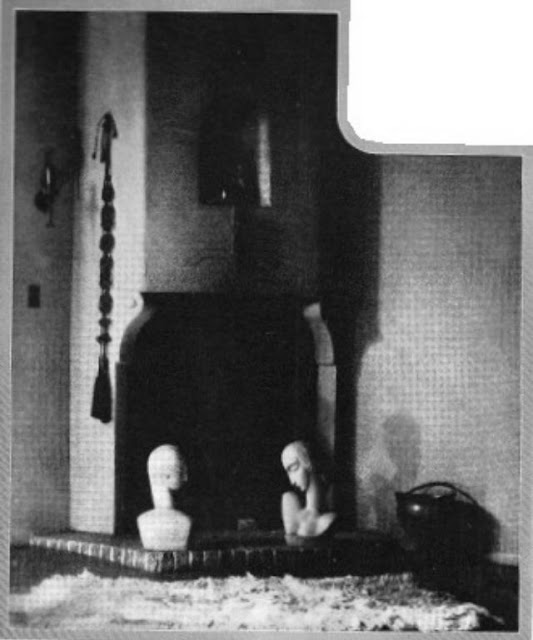 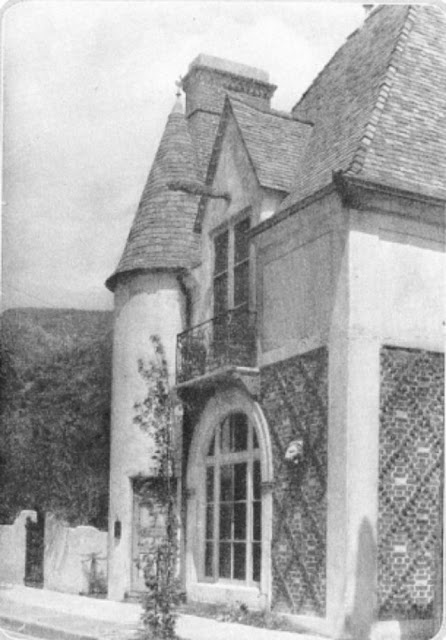 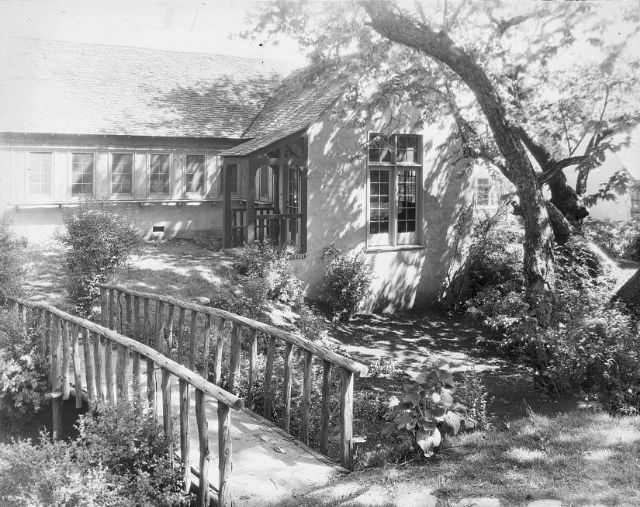 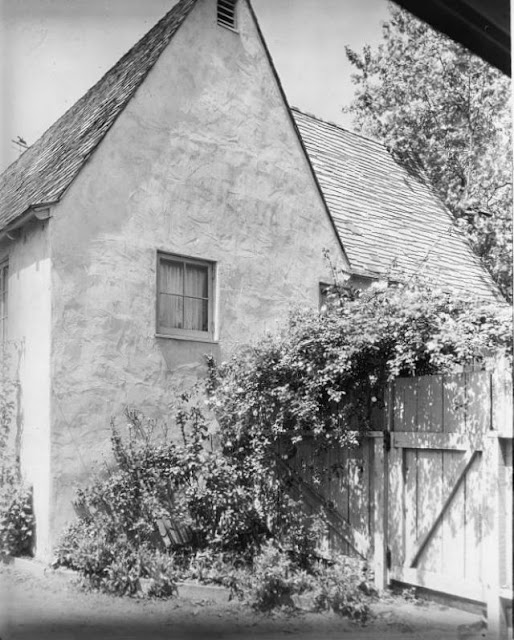 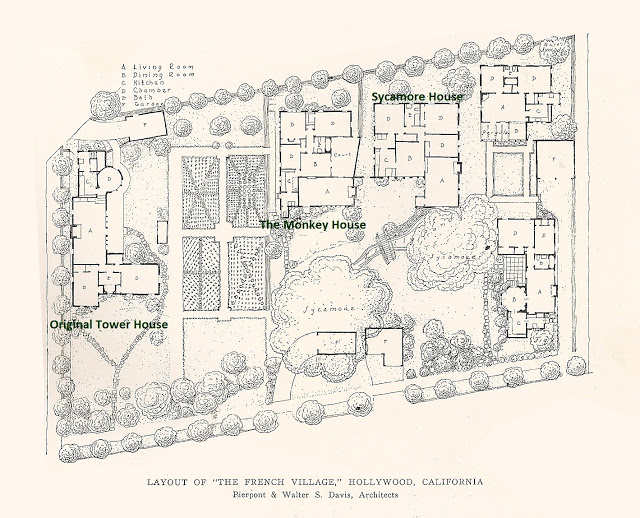 The French Village as completed 1920