The first feasible method of colour photography was the Autochrome process, also known as
the Autochrome Lumière, invented in France by the brothers, Auguste and Louis Lumière.
Already famous for their invention of the Cinématographe in 1895, the Lumières began
commercial manufacture of autochrome plates during the early part of the 20th century.

Patented by the Lumière brothers in 1903, Autochrome produced a color transparency using a
layer of potato starch grains dyed red, green and blue, along with a complex development
process. When the photograph is taken, light passes through these colour filters to the
photographic emulsion. The plate is processed to create a positive transparency. Light,
passing through the coloured starch grains, combines to recreate a full colour image of
the original subject.

On 10 June 1907, the first public demonstration of their process took place at the offices
of the French newspaper L‘Illustration. The event was a huge success. News of the
discovery spread quickly and critical response was euphoric. Upon seeing his first
autochrome, for example, the eminent photographer Alfred Stieglitz could barely withhold
his fervor. He exclaimed that "The possibilities of the process seem to be unlimited and
soon the world will be color-mad, and Lumière will be responsible." 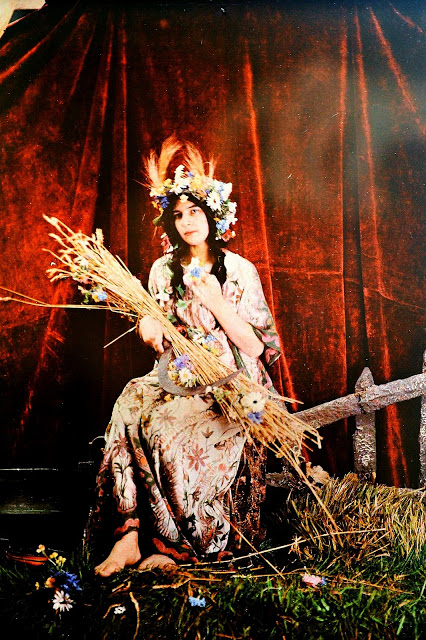 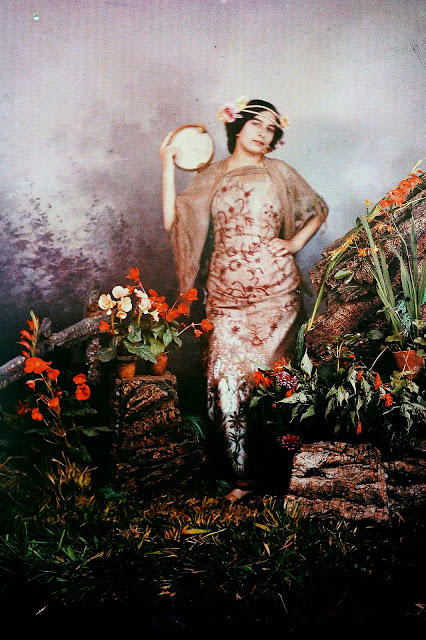 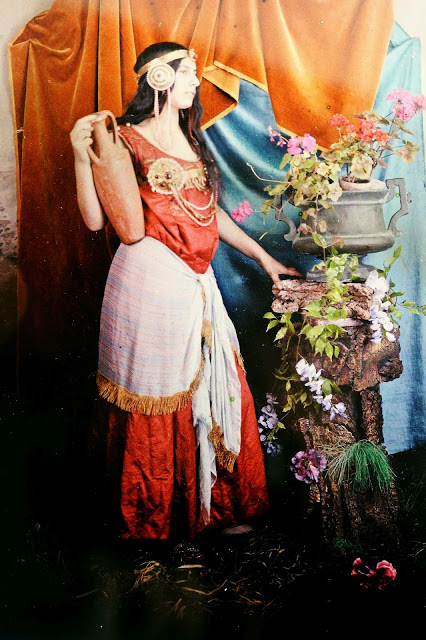 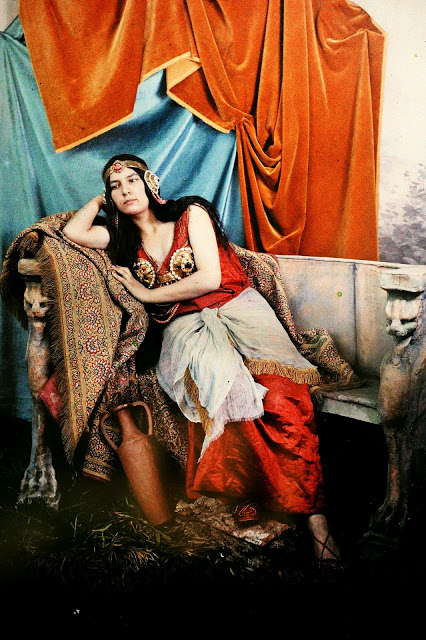 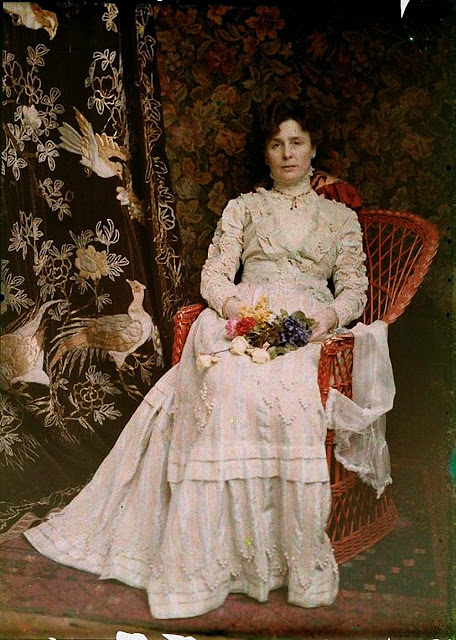 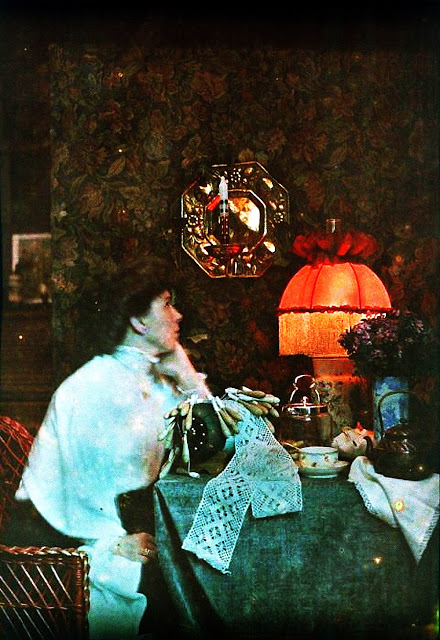 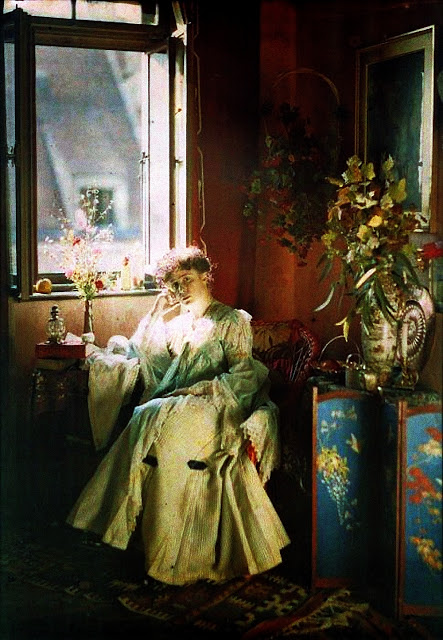 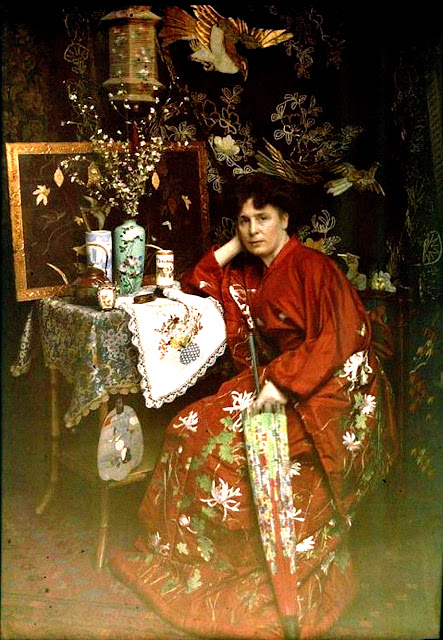 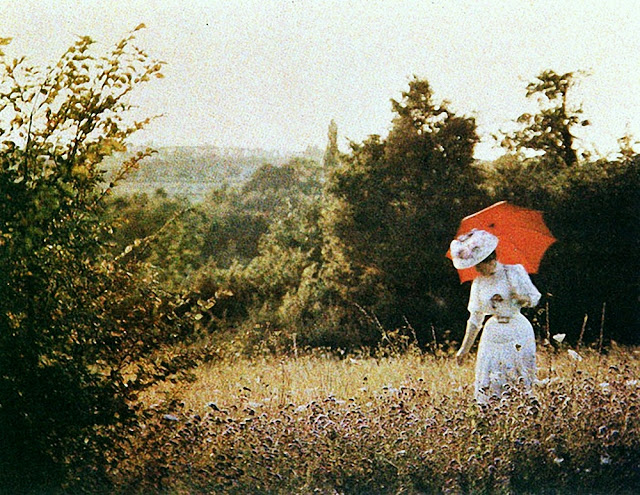 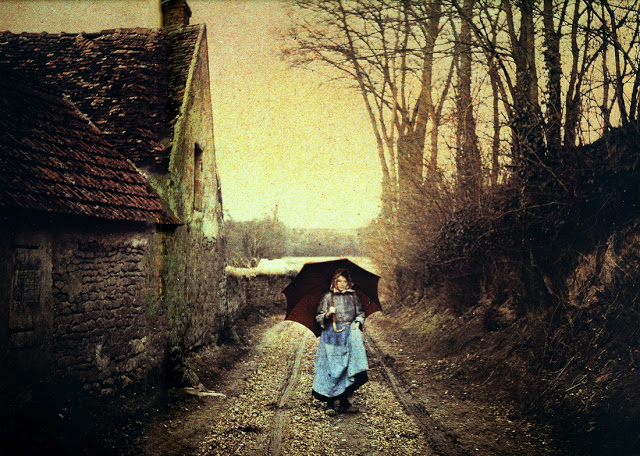 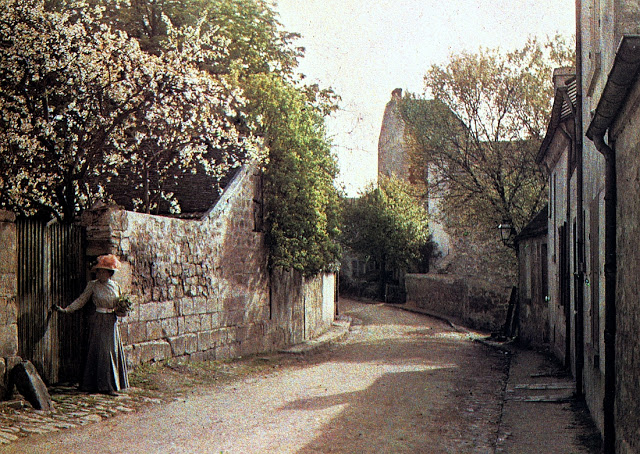 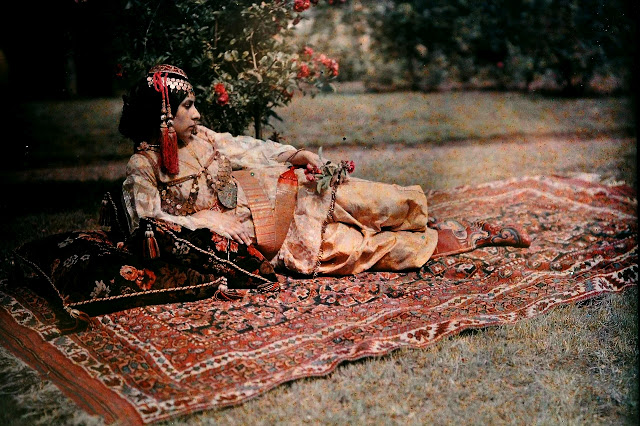 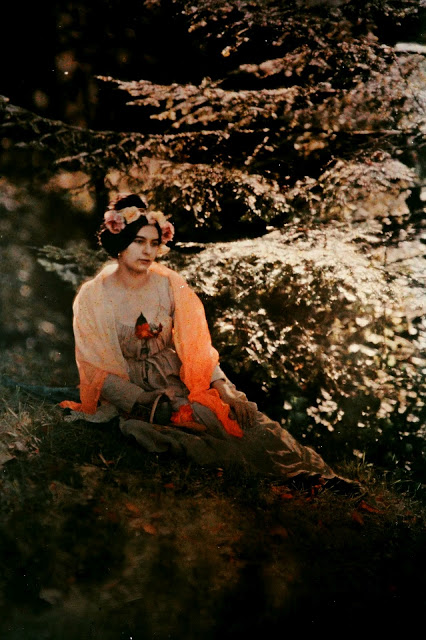 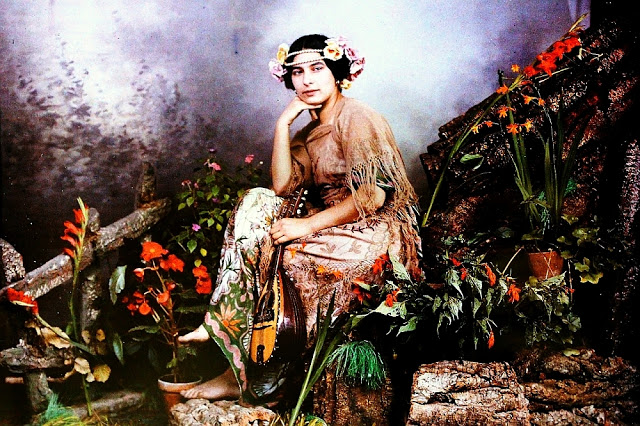 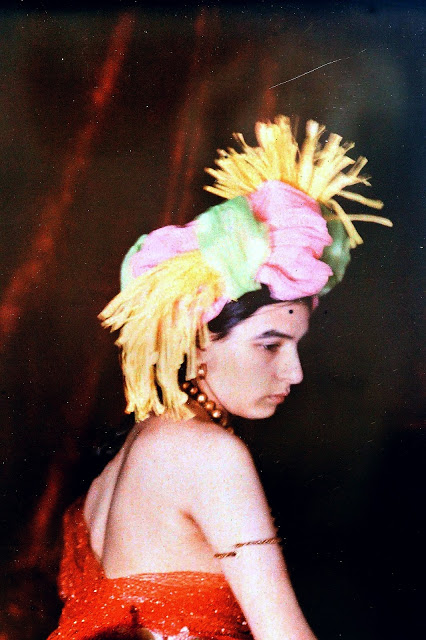 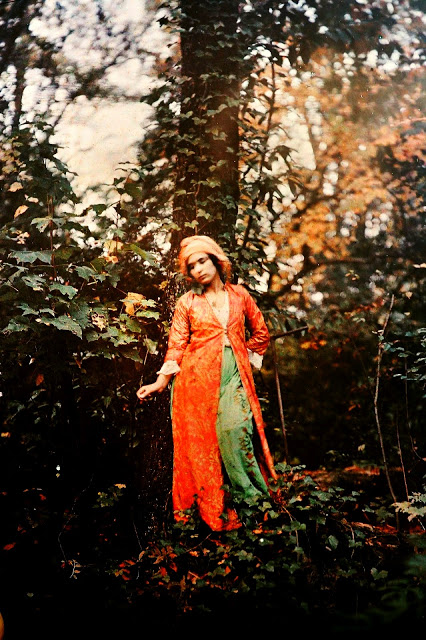 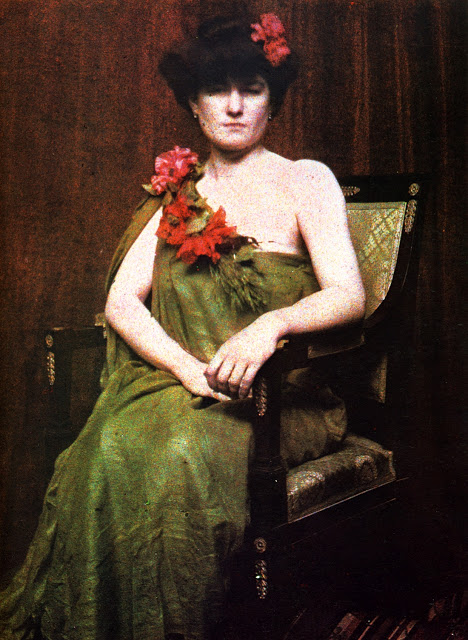 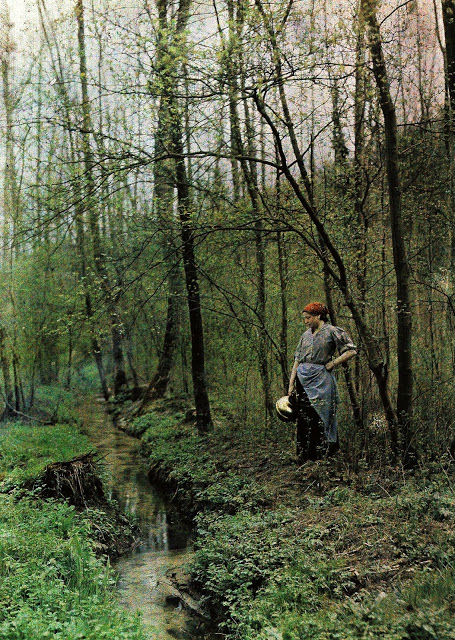 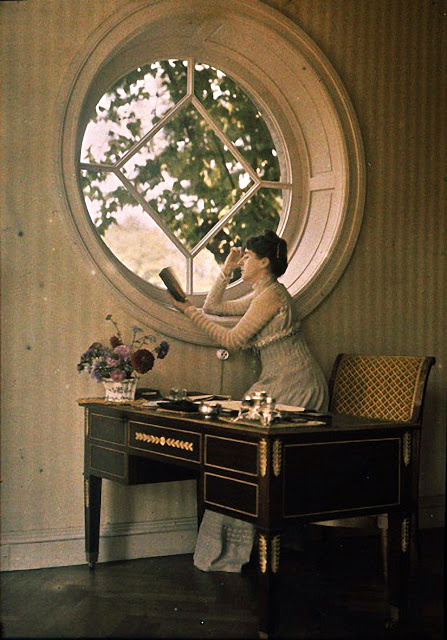 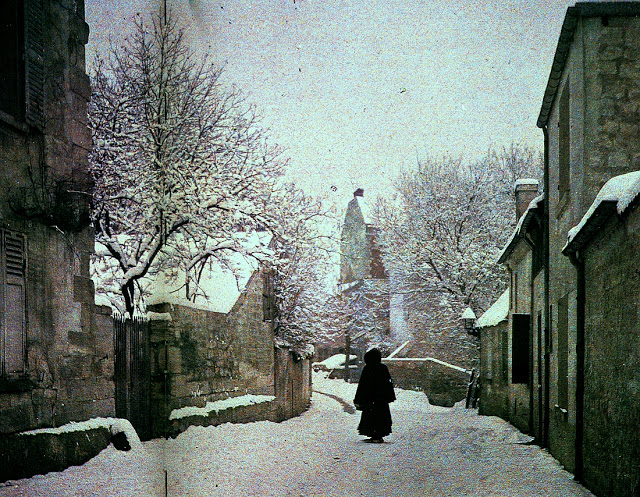 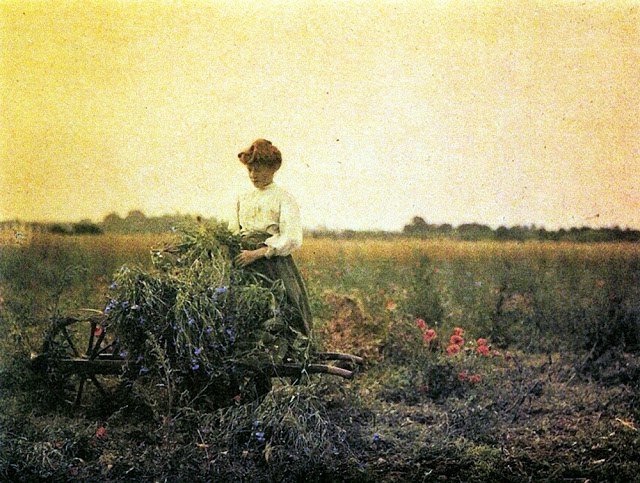 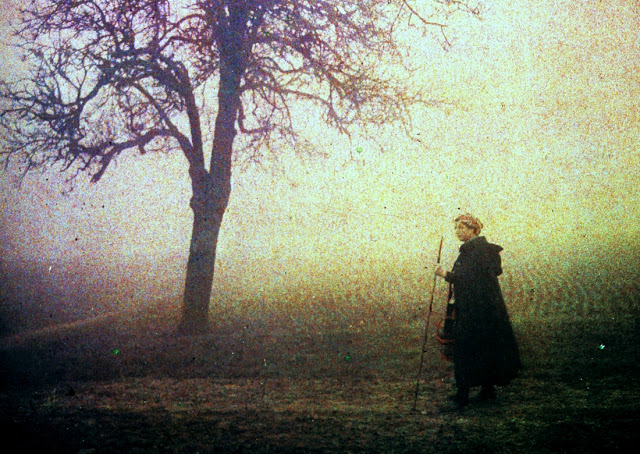 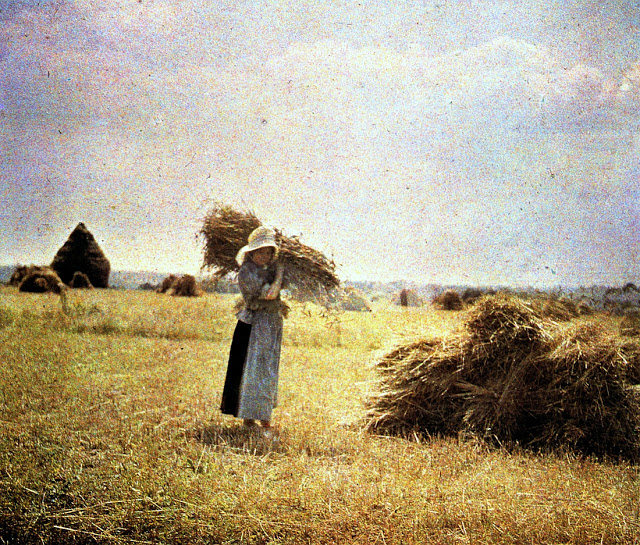 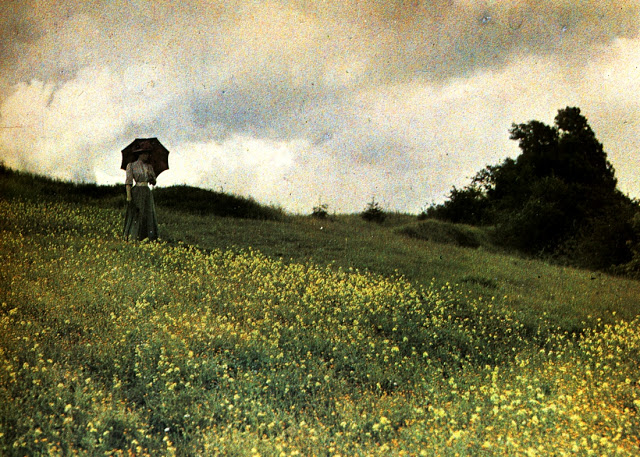 Posted by Yesterday Today at 10:13 AM