Amazing colorized photographs by Mario Unger show various incarnations of the automobile and motorcycle throughout history.

These colorized photographs show the first woman to obtain a motorcycle license in Washington DC in 1937, a Maxwell car in 1916 and the first official Austrian Formula 1 mechanic in his custom-made motor. Other photos also show an Alfa Romeo race car in 1922, men observing a car wreck in America in 1923 and a postman using a motorbike in 1915.

The original black and white images were colorized over a period of 40 to 50 hours by Austrian photographer Mario Unger.

Unger states that “Color reduces the time distance to the photographed object I think,” he said. “It also adds mood and feeling while black and white somehow reduces this. I thought this would be a very nice and interesting project.”

We hope you enjoy his work. 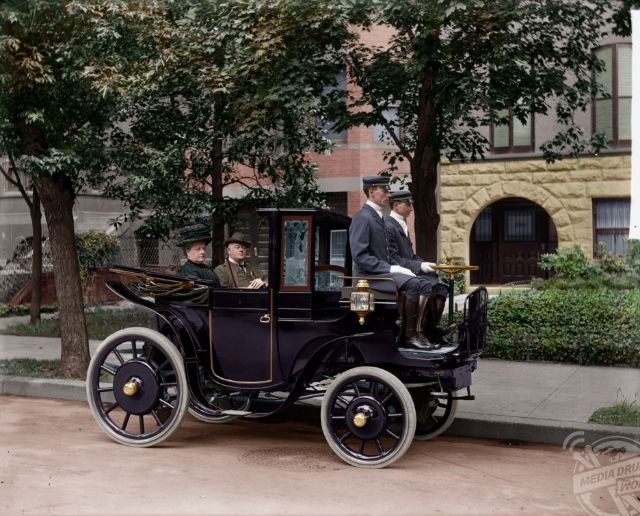 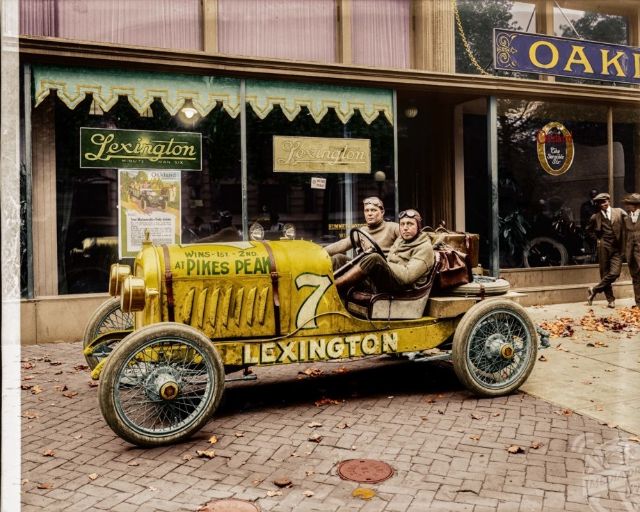 Otto Loesche and Mechanic in the "Lexington Minute Man SIx," 1920. 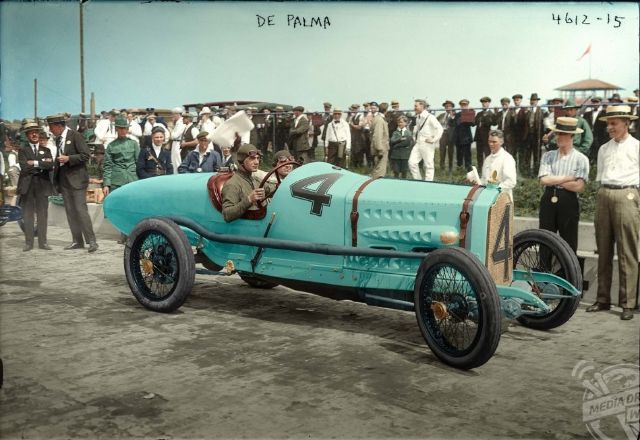 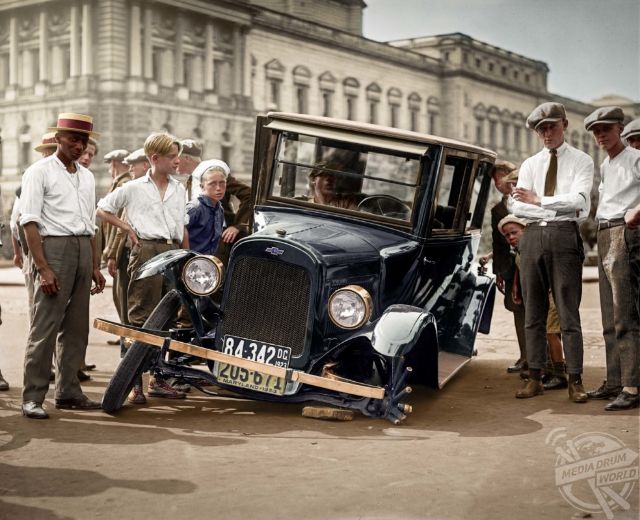 Onlookers stand by the site of a car crash in 1923. 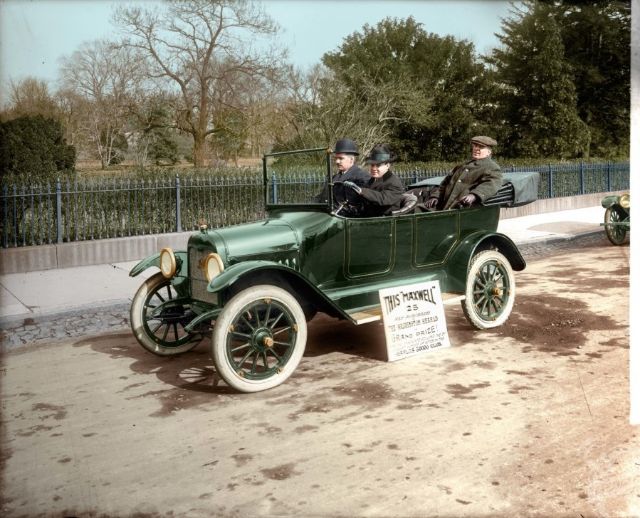 Businessmen pose with an early Maxwell car in 1916. 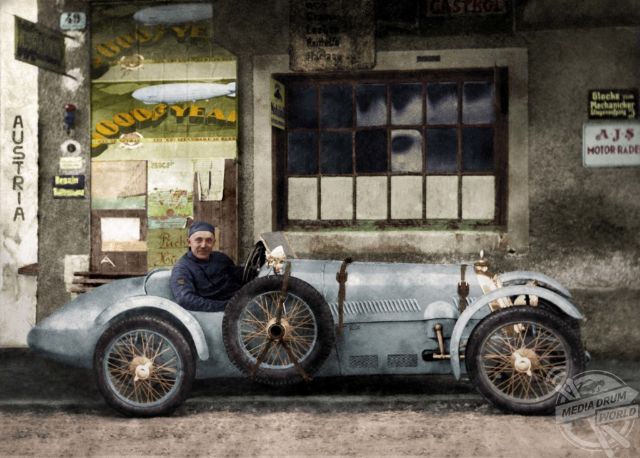 The first official Austrian F1 mechanic with his motor. 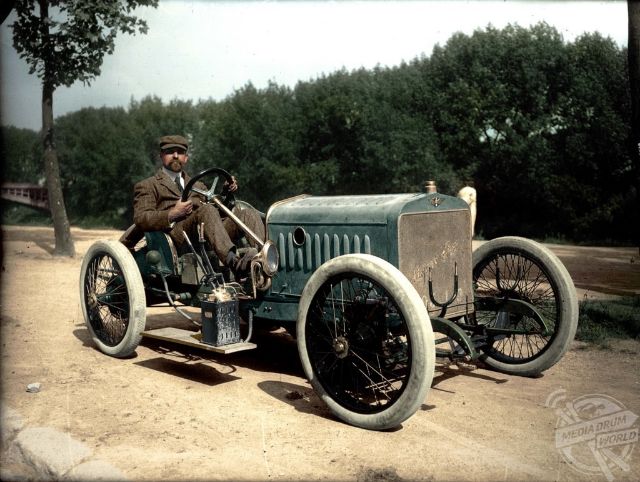 Hispano Suiza at the 1912 French Grand Prix at Dieppe. 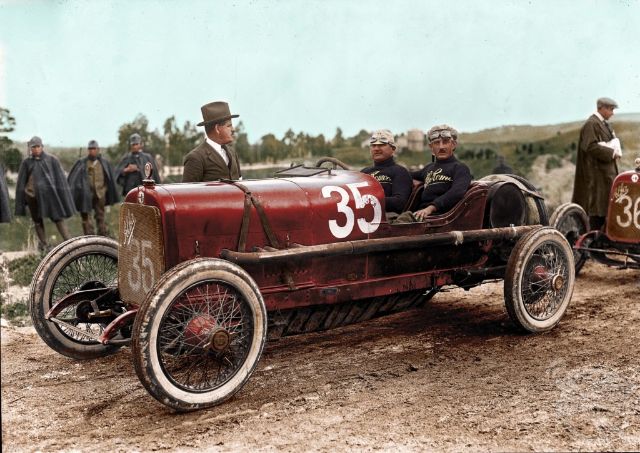 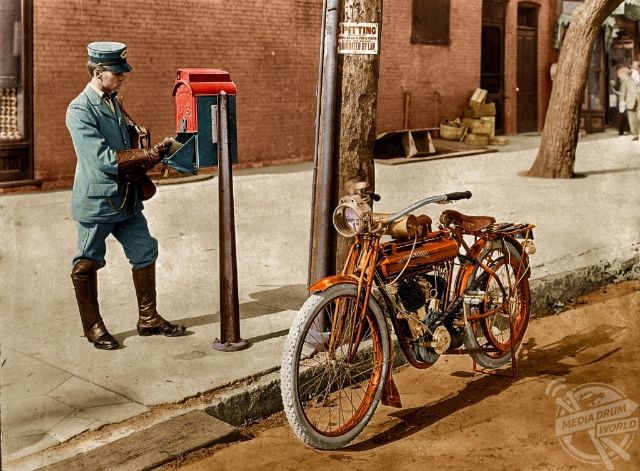 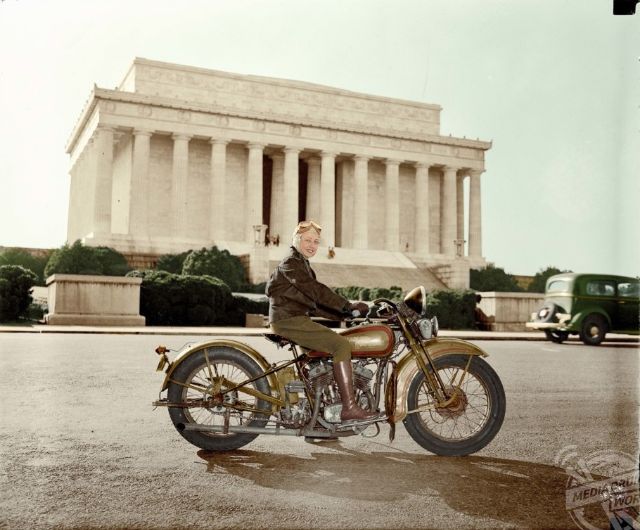 Sally Halterman was the first woman to obtain a motorbike licence in Washington D.C. in 1937. 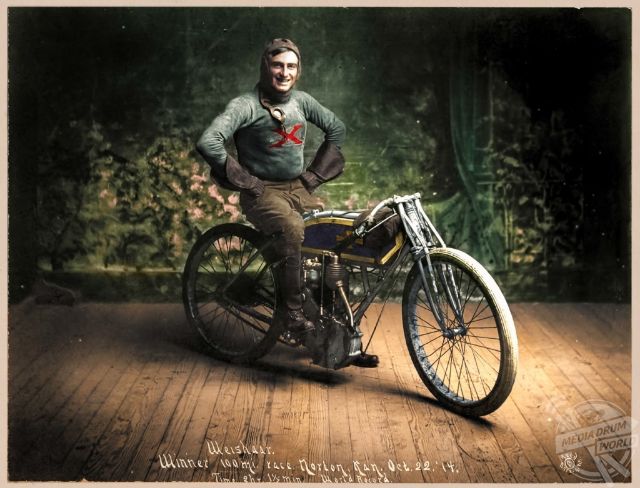 Lawrence Ray Weishaar was inducted into the Motorcycle Hall of Fame after his death. 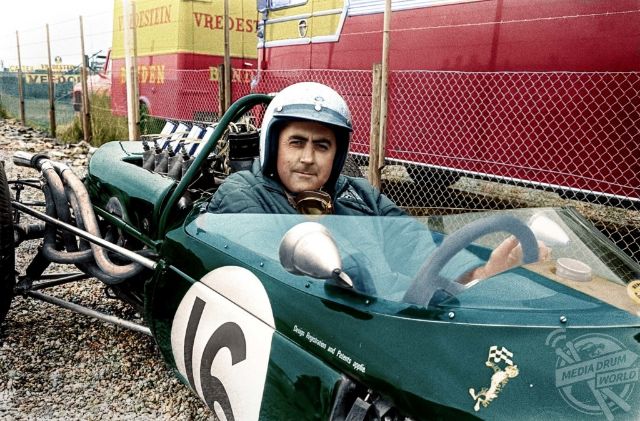 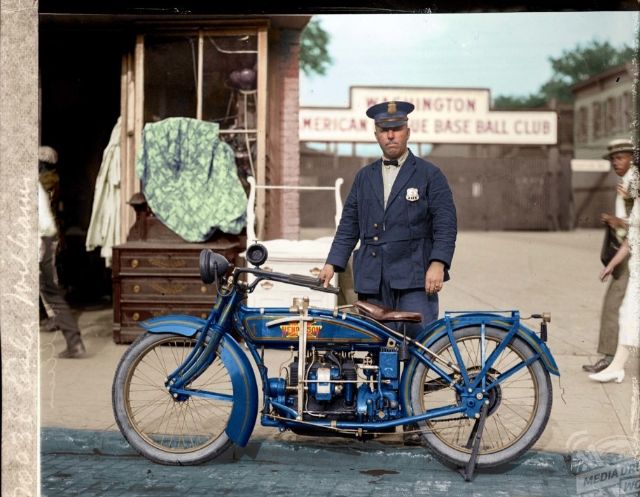 Eslie Williams, the officer and his Henderson. Washington D.C., August 1922.

Posted by Yesterday Today at 2:47 PM