From 1946 to 1955 the sport of baby racing was an actual thing. At the fairgrounds in New
Jersey's Palisades park the annual baby racing competition, better known as the Diaper
Derby, would take place. The event was sponsored by the National Institute of Diaper
Services and was a true crowd pleaser as evidenced by the photos shown below.

Babies need not have any special talents to be a participant in this very strange race
often called "the slowest two minutes in sports." The babies only uniform was that of a
snugly fit diaper and a keen desire to win. Babies were lined up at the starting line by
their mothers and once the race was started were urged to crawl to the finish line.

As a matter of fact, babies are capricious by nature, so the organizers would adorn the
finish line with stuffed bears, bunnies, dogs, and other such animals that babies have an
affinity for, in order to make it look as enticing as possible.

But it did not matter who arrived at the finish line ahead of the others, there were no
losers in this lovable competition. Every baby got to take home the stuffed animal he or
she was crawling after.

However, the champion of the Diaper Derby got to take home more than just a stuffed toy.
The overall winner was given a $50 savings bond and a special crown. Yet there were rules
to be followed in these competitions. If any baby stood up and walked they were then
automatically disqualified.

As well, in order to make things more fun, each baby entered into the race was given a
their own unique nickname. For example, one baby was given the moniker "Palisade Pete"
while another went by the name "Donut Dan."

During the course of the races babies would often fall asleep, or they would matter-of-
factly just get up and walk away, not caring one bit about being disqualified. And it
wasn’t just the babies who had it tough. Their mothers often had to wait for long periods
of time for the race to finish as various unforeseen delays would further slow down the
slowest race in the world.

In the end the babies got the stuffed toys and one lucky parent walked, or crawled, away
with a $50 savings bond. Not too bad for an afternoon's work. 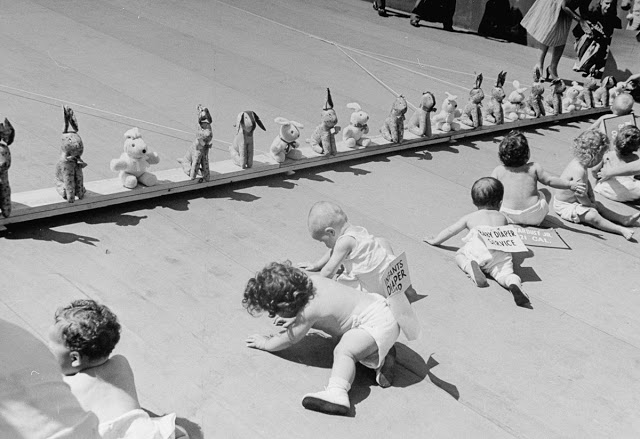 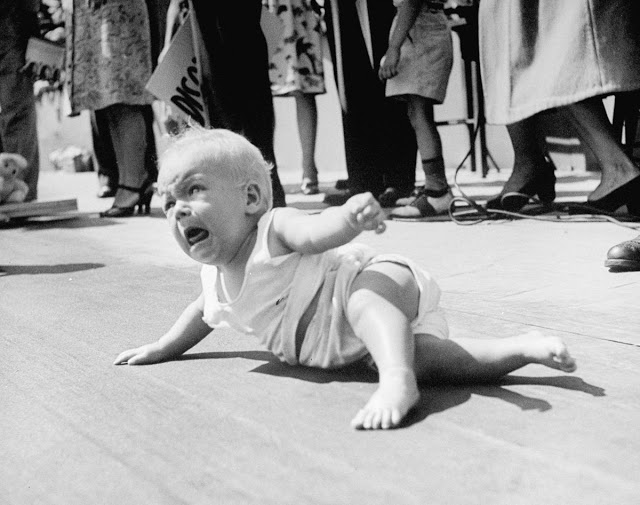 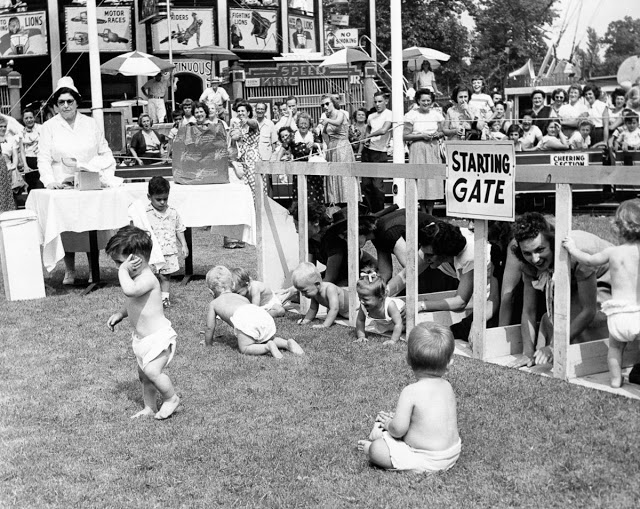 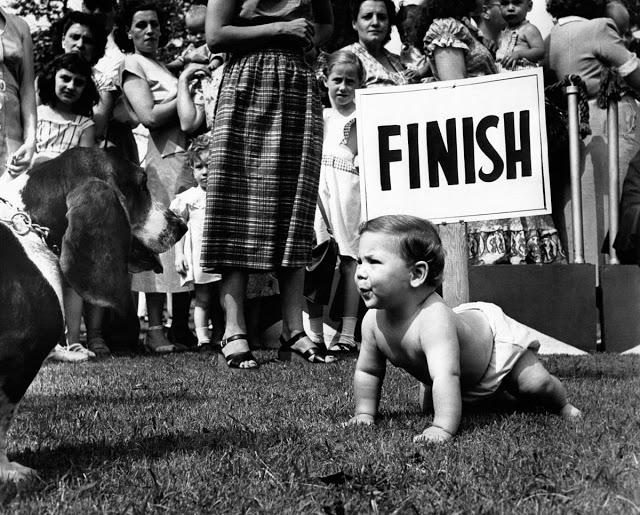 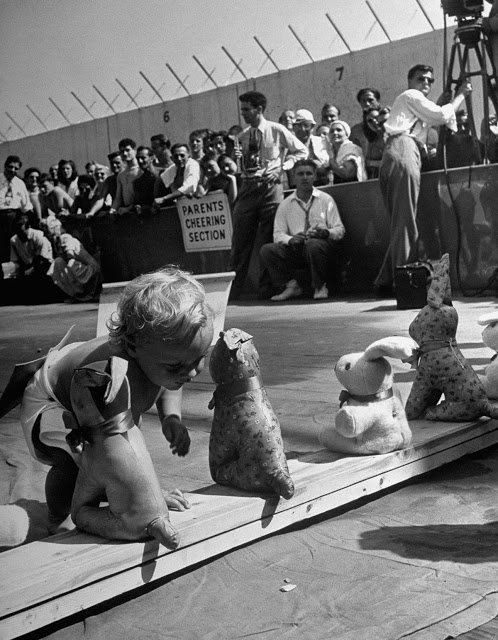 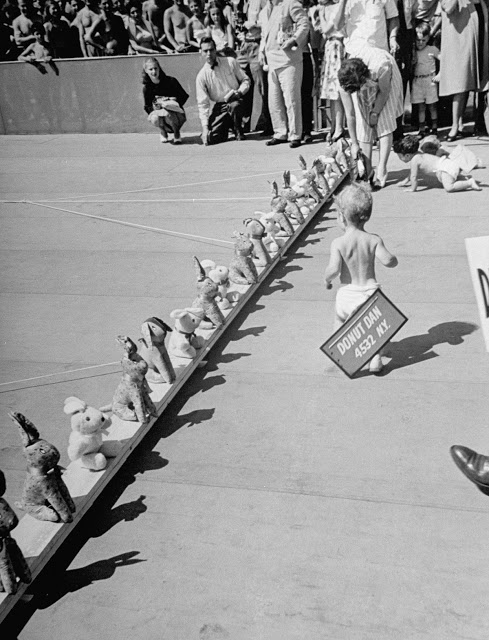 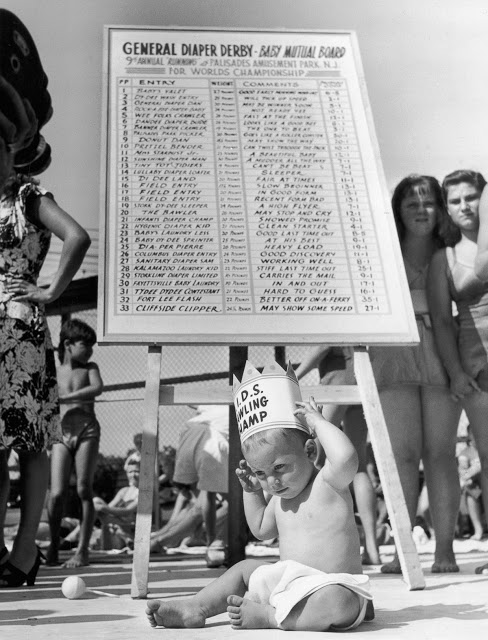 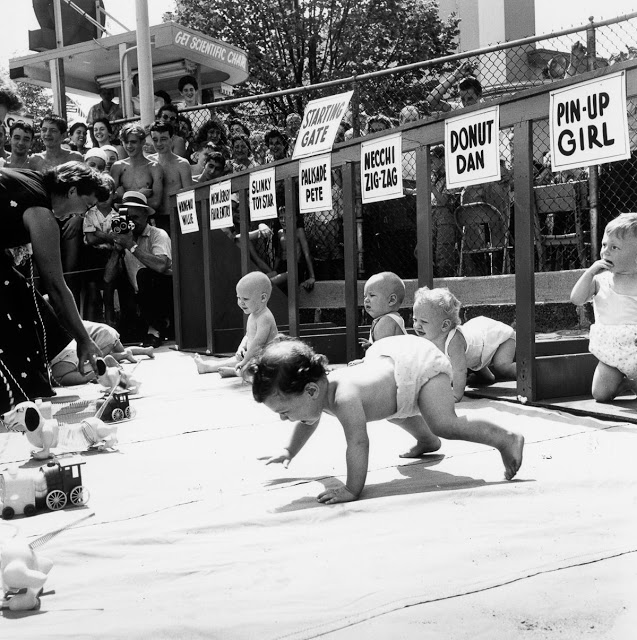 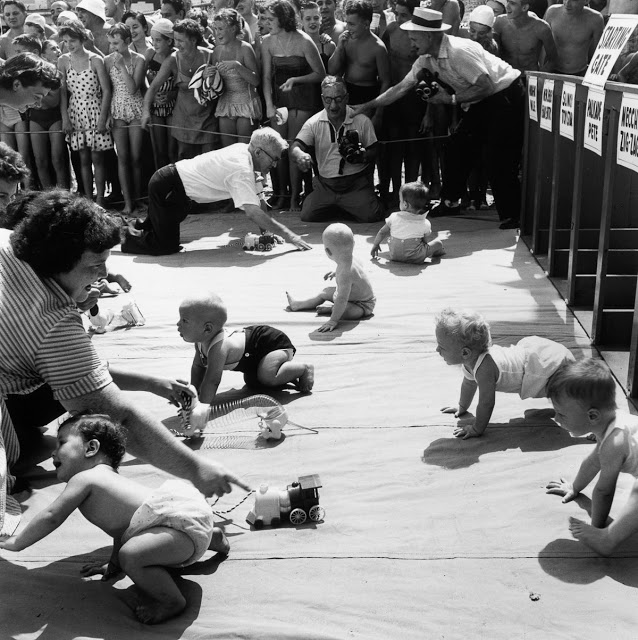 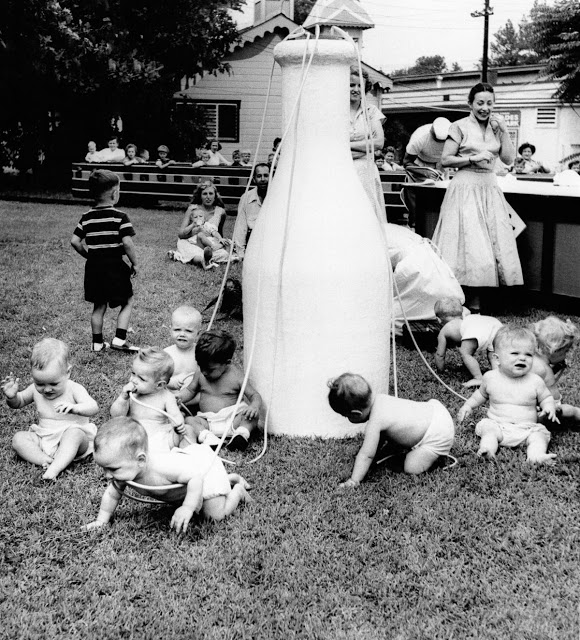 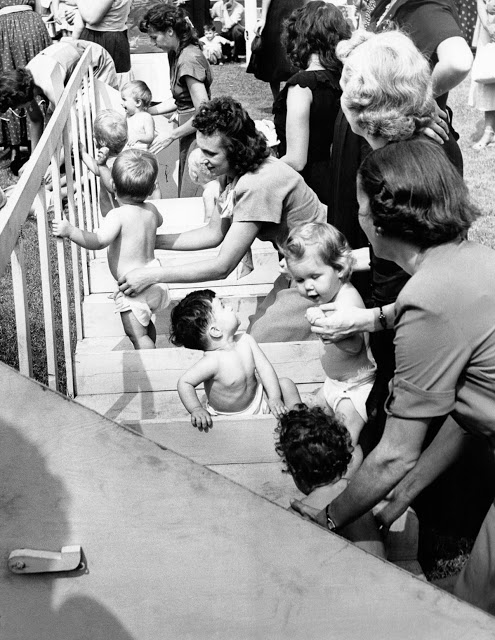 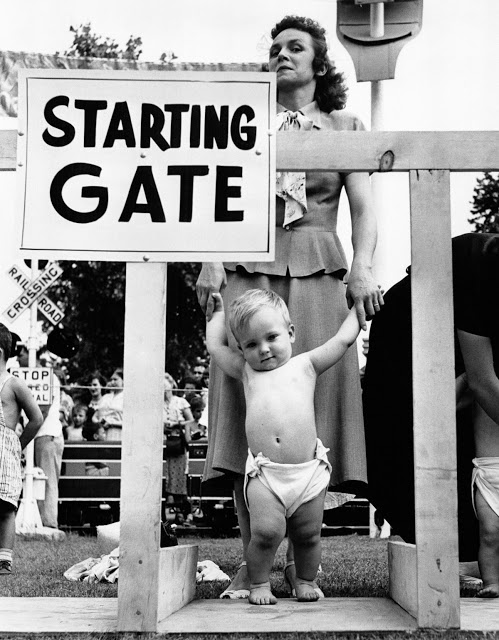 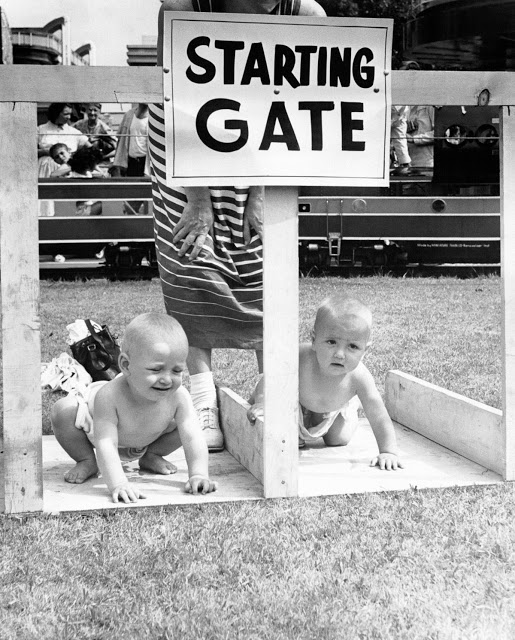 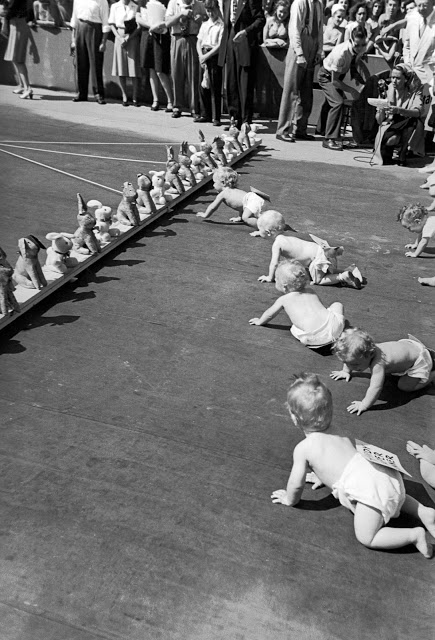