Born in Pittsburgh, Pennsylvania in 1937, Grady Stiles Jr., aka "Lobster Boy", was one in
a long line of people in the Stiles family, dating back to 1840, who suffered from a rare
and strange physical condition known as ectrodactyly. This genetic condition was one in
which the fingers and toes are fused together to form claw-like extremities.

Grady Stiles Sr. was a sideshow attraction in a traveling carnival when his son was born
and he jumped at the opportunity to add his son to the freak show act at the age of seven.
Stiles Sr. married twice and had four children, two of whom also had ectrodactyly.

Many have viewed this disorder as a handicap, yet for the Stiles family it was seen, and
used as, an opportunity. As far back as the 1800s, as the family grew and produced more
children with unusual hands and feet, they developed a circus act: The Lobster Family,
which became a carnival freak show staple throughout the early 20th century. 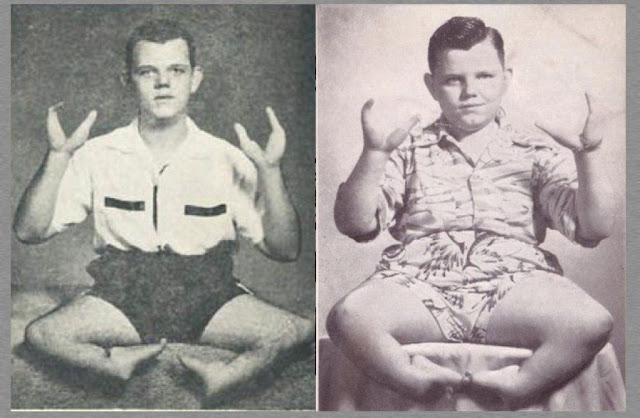 Grady Stiles Jr.’s case of ectrodactyly was very extreme: as well as affecting his hands,
the disease also took hold of his feet and therefore he was unable to walk.

For most of his life, he mainly used a wheelchair — but he also learned to use his upper
body to propel himself across the floor thus developing amazing strength. As Grady grew
older, he became formidably strong, something that would not work well with his homicidal
rage later in life.

Throughout his childhood, Stiles and his family toured with the carnival, spending down
time in Gibsonton, Florida, as many “carnies” did. The family made out well financially:
they made anywhere between $50,000 to $80,000 per season, and unlike a lot of freak show
acts didn’t have to subject themselves to anything more than curious stares.
While working the carnival circuit, Lobster Boy met another young "carnie" woman named
Mary Teresa. Though she did not suffer from any mutations, she ran away to join the
carnival at 19 and fell in love with Grady. The two married and had several children
together, two of which inherited Grady’s ectrodactyly.

They began to tour as the Lobster Family, but things went south when Grady began drinking.
Regarded as a mean drunk, Grady apparently assaulted his wife and children for years until
one night in 1973. Stiles was notoriously verbally and physically abusive to people, often
hitting them or choking them with his claw hands. He would often head-butt people in
anger. On that night, Grady fought with Mary, threw her to the ground and ripped her IUD
out of her body with his bare hands. She immediately divorced him. Grady Stiles would
eventually remarry, though his second wife, too, would divorce him as well.

Things would continue to go downhill for the family after that. In 1978 Stiles' eldest
daughter, Donna, fell in love with a young man that he didn’t approve of,  and again he demonstrated
his penchant for violence.

The facts of the story are unclear. Stiles either went to see his daughter’s fiance, Jack
Layne, at his home, or invited the young man over under the guise of giving his blessing
for the wedding planned for the next day.However it began, on the night before the
wedding, Stiles used his shotgun to unmercifully murder his daughter’s fiance.

There was no doubt about Grady’s guilt as he openly confessed to the crime, but he would
never serve any time for the crime. Although he was found guilty of  third-degree murder
in 1979, Grady’s life of alcoholism and cigarette smoking had taken a toll. He had
cirrhosis of the liver and emphysema in addition to his ectrodactyly. Therefore, it was
determined he would not receive adequate medical care in prison and it would be unusually cruel
punishment to incarcerate his under conditions where his maladies and infirmities could not be properly addressed. Although he had been convicted of murder, Grady was remarkably sentenced to house arrest and 15 years probation.

Escaping prison made Grady arrogant and overconfident, and he had apparently told others
that he could kill them and get away with it since he already done it once. Inexplicably
Grady’s first wife Mary remarried him in 1989. His Angry and abusive drinking coupled with
a feeling of indestructability from getting away with murder made Grady even more brutal
than he had been before. 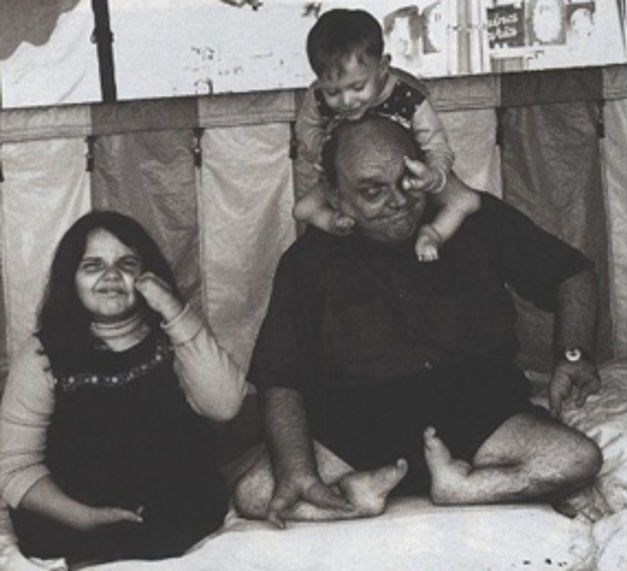 Grady Stiles and his children.

In 1992, a few years after she had remarried Grady, she paid her 17-year-old neighbor,
Chris Wyant, $1,500 to kill him. Stiles incessant drinking and his immense feeling of
invulnerability had become too much for Mary to handle. The beatings were increasing and
showing no signs of letting up. Maria Teresa’s son from another marriage, Glenn, had
helped her concoct and carry out the plan. One night, Wyant took a .32 Colt Automatic he’d
had a friend purchase for him into Stiles’ trailer in Florida and shot him dead at point-
blank range while he watched television.

Not one of the co-conspirators denied that they had ever meant to kill Grady Stiles.
During the trial, his wife spoke at great length about his abusive history. “My husband
was going to kill my family,” she told the court, “I believe that from the bottom of my
heart.” At least one of their children, Cathy, testified against Grady as well. Stiles was
so hated in his community that no one was willing to be his pallbearer at his funeral.