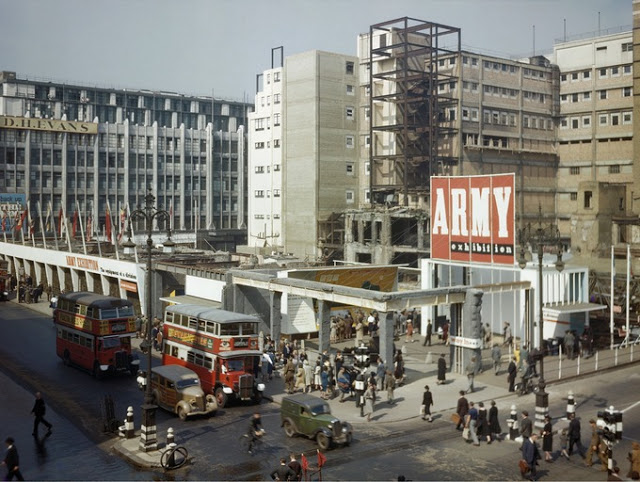 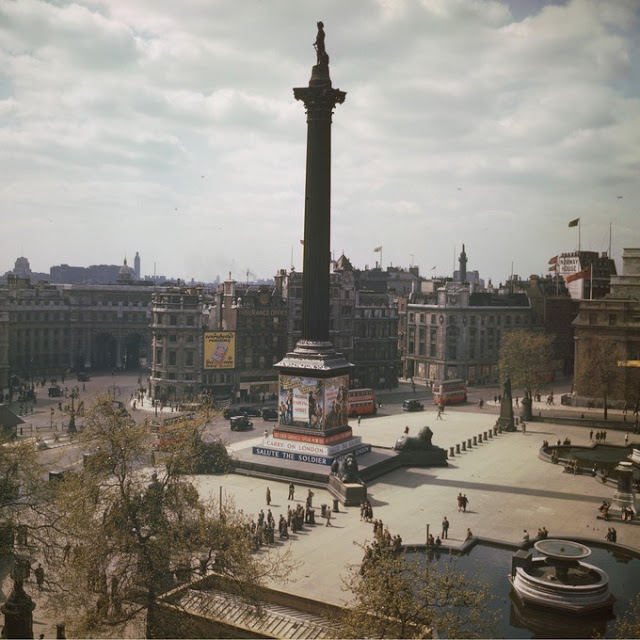 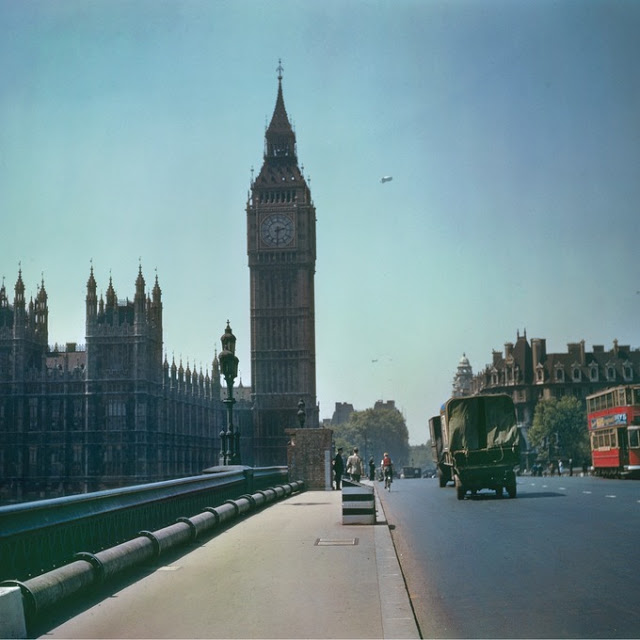 Big Ben and the Houses of Parliament in London with barrage balloons in the background, seen from Westminster Bridge. 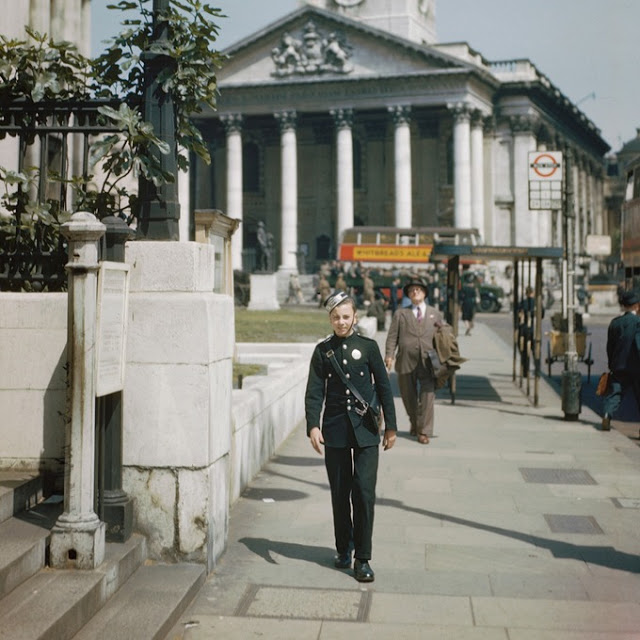 A messenger boy walking past the entrance to the National Gallery in Trafalgar Square London. 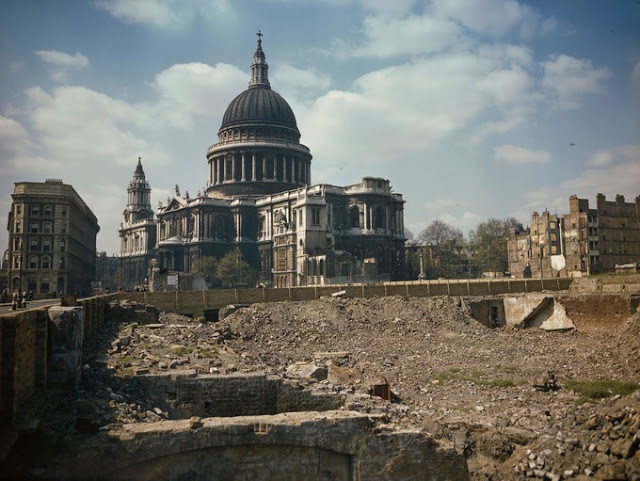 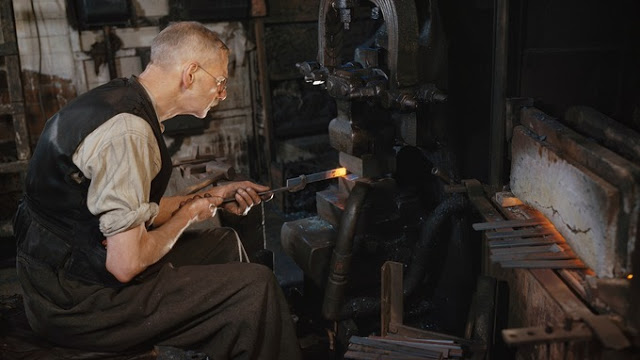 Mr George Beckett, a volunteer with the British Home Front, uses a power hammer to forge the handle of a file. 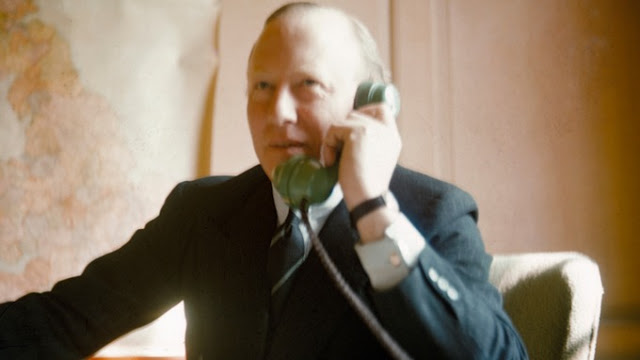 The Minister for Aircraft Production, the Rt Hon Colonel JJ Llewellyn, MP at his desk. 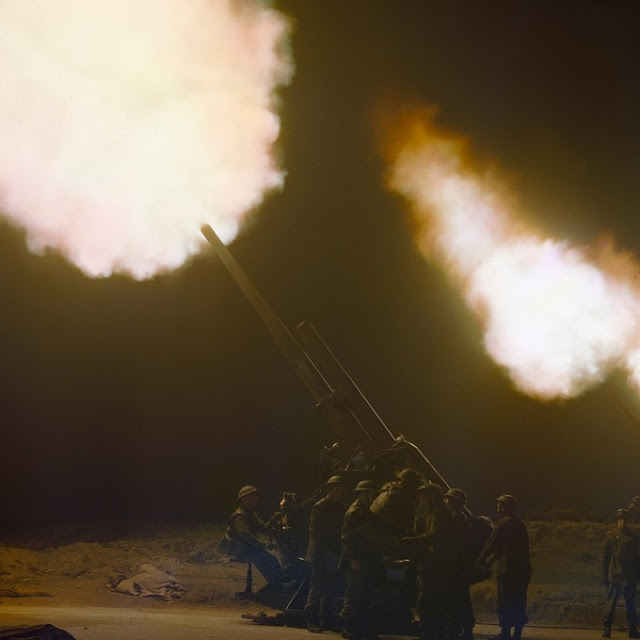 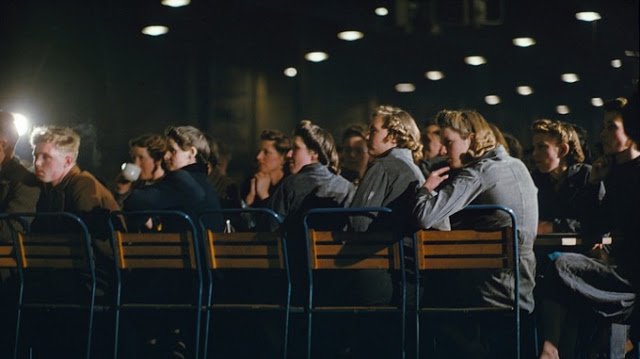 Lunchtime entertainment in a war workers' canteen - a view from the audience. 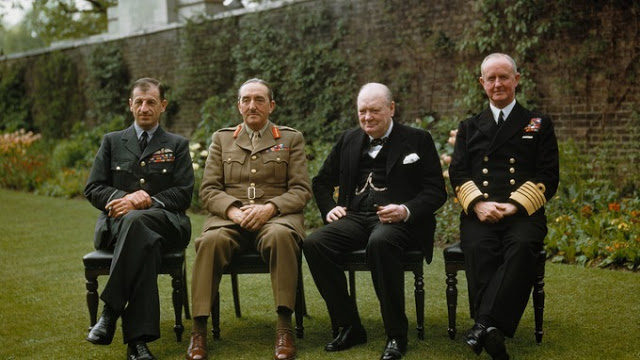 Prime Minister Winston Churchill with his chiefs of staff in the garden of 10 Downing Street in May 7, 1945. 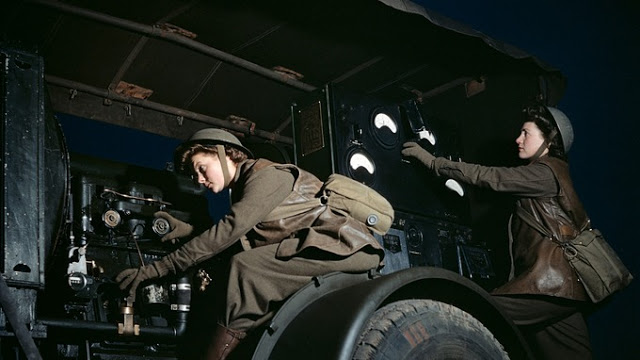 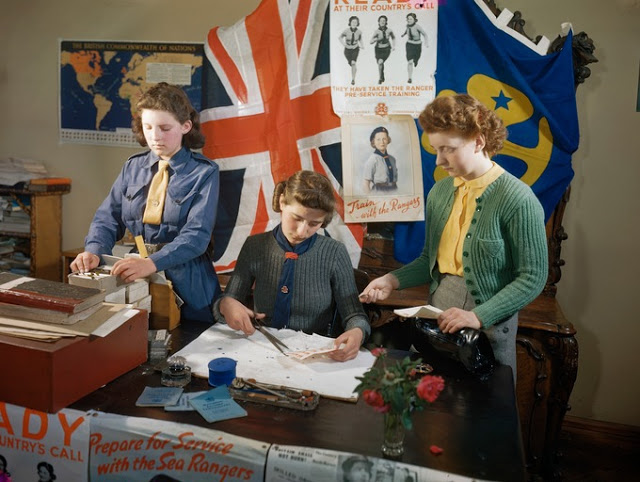 A girl guide and a sea ranger selling saving stamps as part of the War Effort. 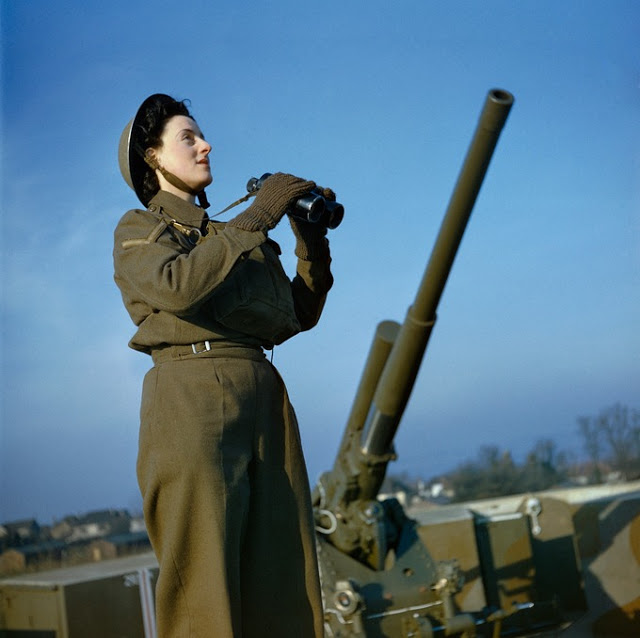 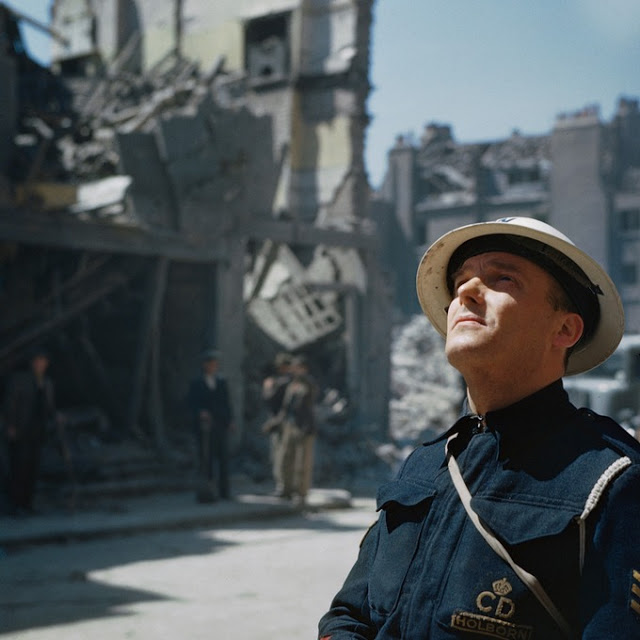 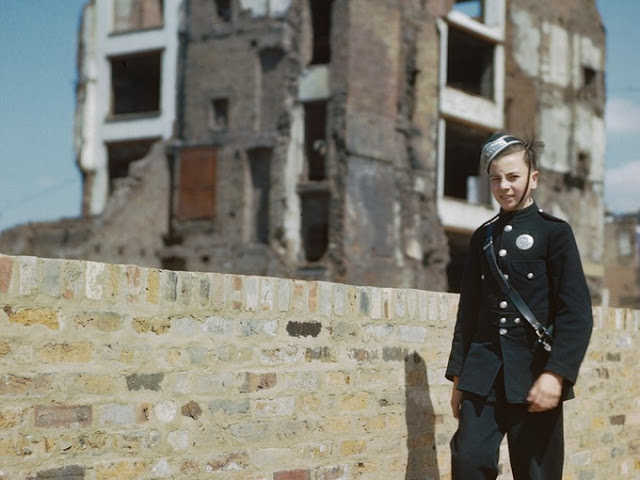 A London messenger boy walking past a bomb site in London. 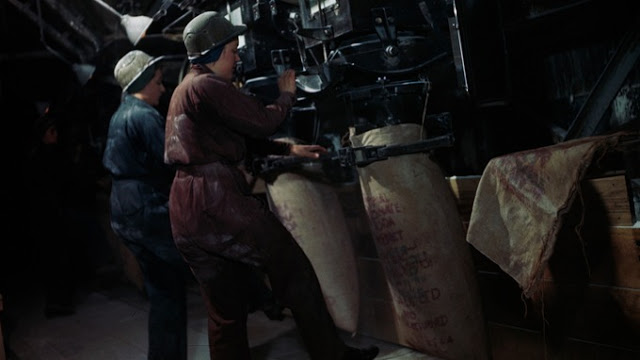 Two women weighing and packing bicarbonate of soda at a chemical factory run by the Ministry of Supply.

Posted by Yesterday Today at 11:34 AM