Solidifying the mood for the 1940s, the entry of the United States into World War II on December 8, 1941, following the Japanese attack on Pearl Harbor put another constraint on menswear. Natural fibers were now only used on uniforms and practicality outweighed any possible trend.

Escaping from the somberness of everyday life, Americans looked to the cinema and Hollywood. The films captured the prominent styles of the era, particularly for the working man. In addition to the Esquire jacket that boasted broad shoulders and a loose fit, men found their confidence in double-breasted suits, white shirts and straight, pleated trousers. 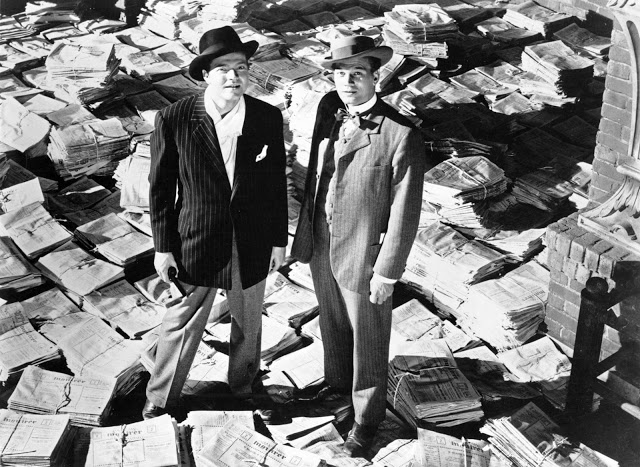 Relaxed Pinstripe Suiting: Orson Welles and Joseph Cotten, pictured left to right, in the 1941 classic Citizen Kane. “Following the death of a publishing tycoon, news reporters scramble to discover the meaning of his final utterance.” 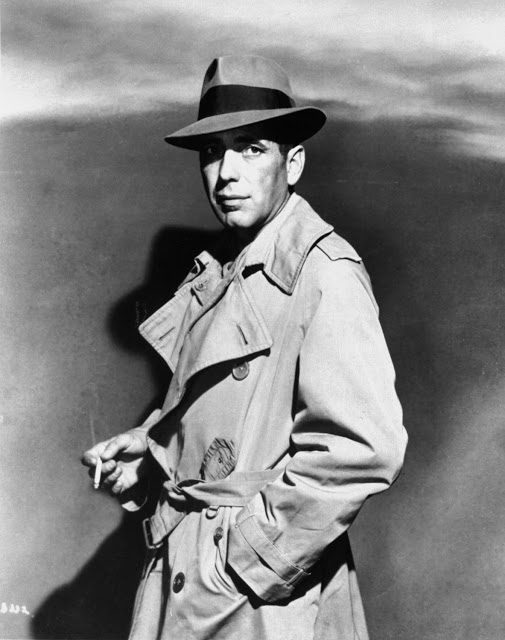 Portraying Rick Blaine in Casablanca (1942), actor Humphrey Bogart starred in the movie with Ingrid Bergman as Isla Lund. The famous image of Bogart in a trench and fedora is one of the most memorable of the era. “Set in unoccupied Africa during the early days of World War II: An American expatriate meets a former lover, with unforeseen complications.” 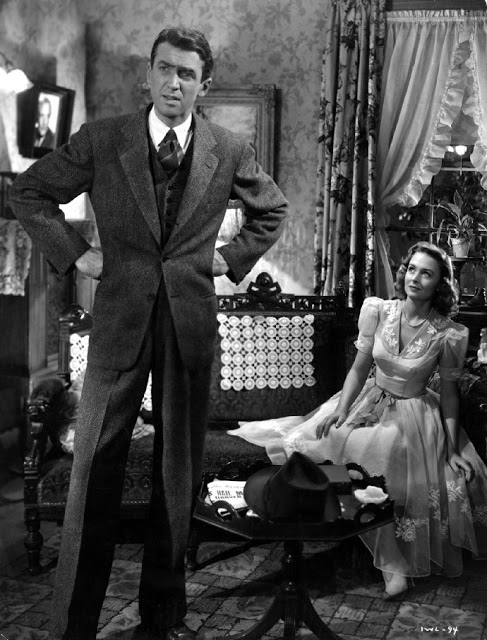 A still featuring James Stewart and Donna Reed in It’s a Wonderful Life (1946). Playing George Bailey, Stewart keeps his style professional in a three-piece tweed suit. “An angel helps a compassionate but despairingly frustrated businessman by showing what life would have been like if he never existed.” 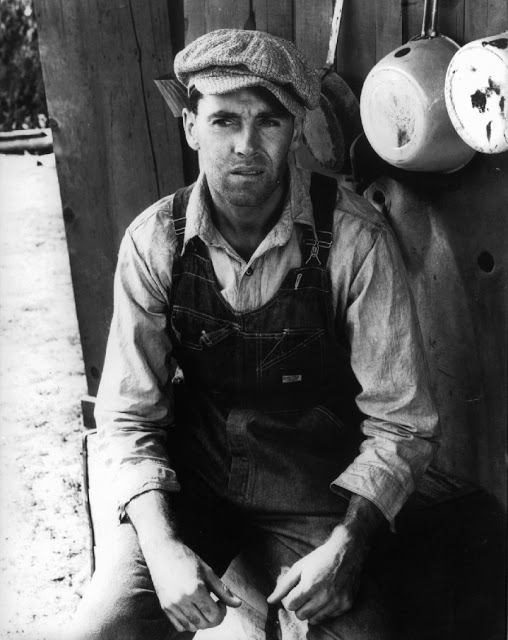 The Common Man: Henry Fonda wears overalls as the impoverished Tom Joad in The Grapes of Wrath (1940). “A poor Midwest family is forced off of their land. They travel to California, suffering the misfortunes of the homeless in the Great Depression.” 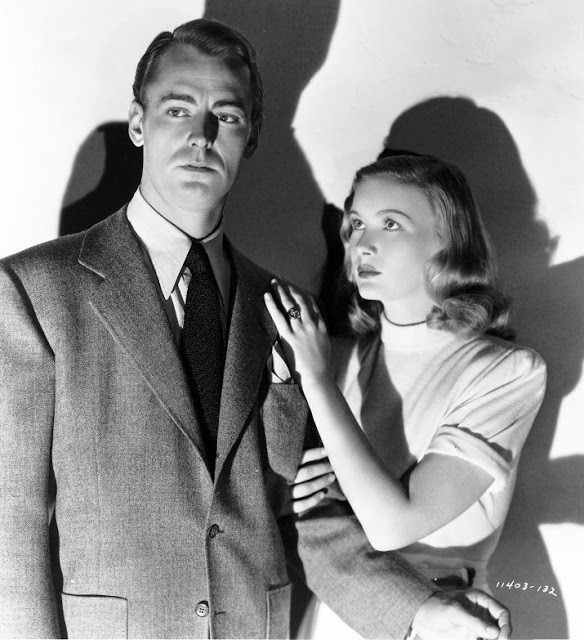 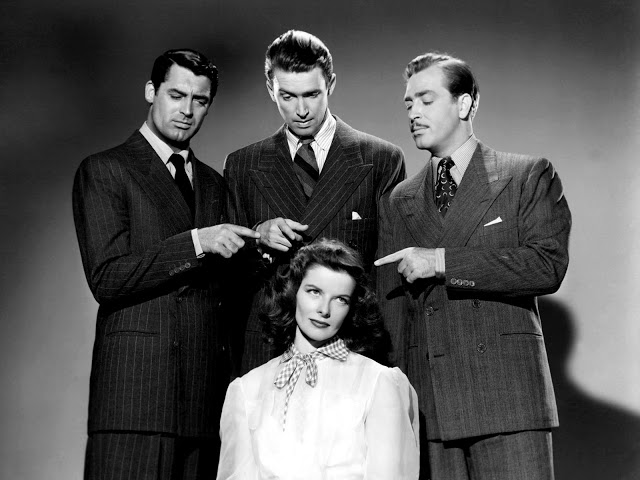 Suited Gentlemen: Katherine Hepburn is the center of attention as Cary Grant, James Stewart and John Howard vie for her attention in the 1940 classic The Philadelphia Story. “When a rich woman’s ex-husband and a tabloid-type reporter turn up just before her planned remarriage, she begins to learn the truth about herself.”

Posted by Yesterday Today at 9:30 AM