Brooklyn is big. If it were its own city, and not part of Gotham, its 2.5 million residents would make up the fourth largest metropolis in the United States. Brooklyn covers almost a hundred square miles of intensely varied terrain, from the beaches of Coney Island and Sea Gate to the brownstones of Park Slope and the thronging sidewalks of Williamsburg—a neighborhood filled with stoop-shouldered young men who, evidently, can afford fedoras but have difficulty finding socks, or pants that fit.

There’s cobblestoned Dumbo; the mean streets of East New York; the mansions of Brooklyn Heights; the tree-lined avenues (and, miracle of miracles, driveways) of Ditmas Park; the glories of Prospect Park; the soaring container cranes of Red Hook; the unnameable, party-colored, aromatic ooze of the Gowanus Canal.
The borough boasts countless ethnicities, creeds and religions. It’s somehow wildly bustling and unselfconsciously low-key at the same time. It has given the world memorable phrases (fuhgeddaboudit) and immortal delicacies (the egg cream—with no egg and no cream). 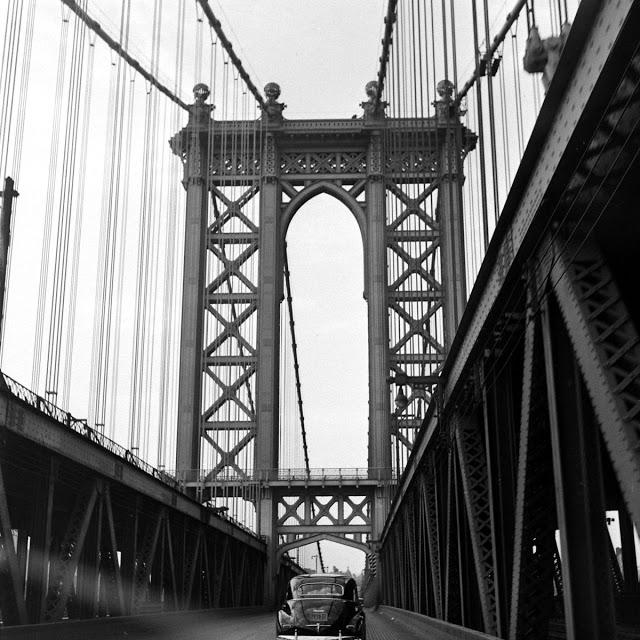 View of the Manhattan Bridge, connecting Brooklyn with that island across the East River, 1946. 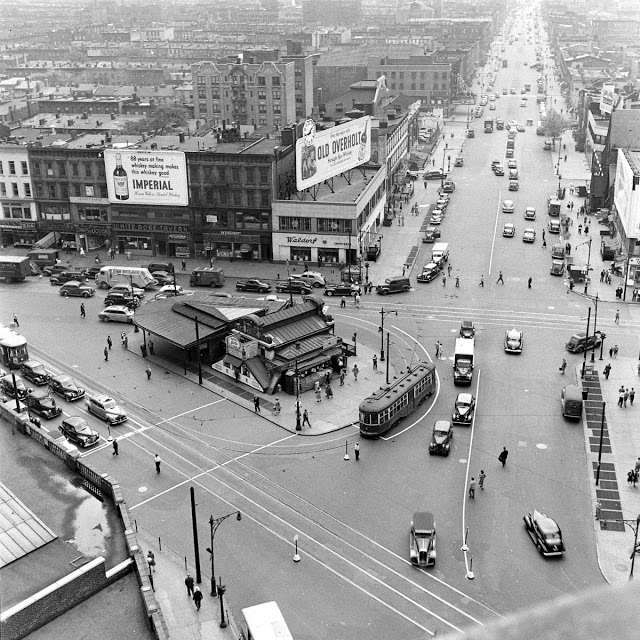 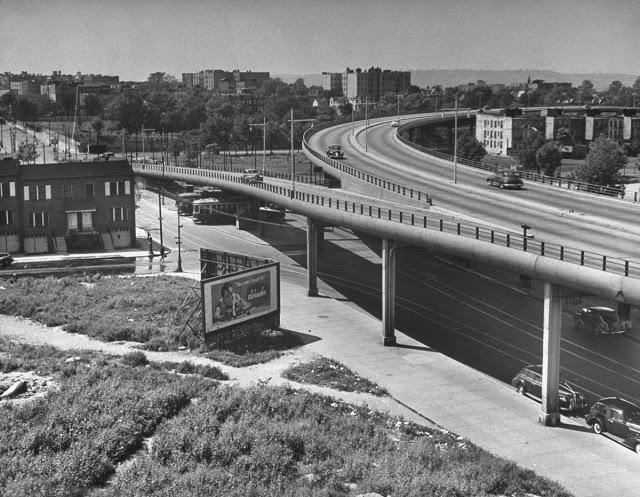 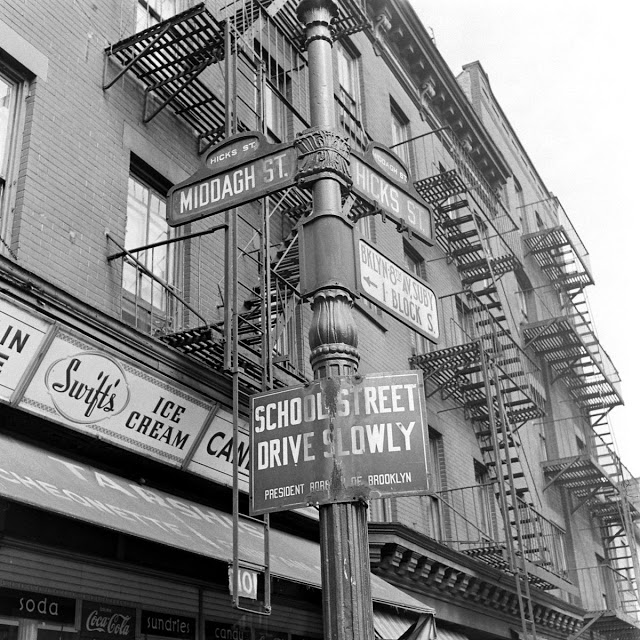 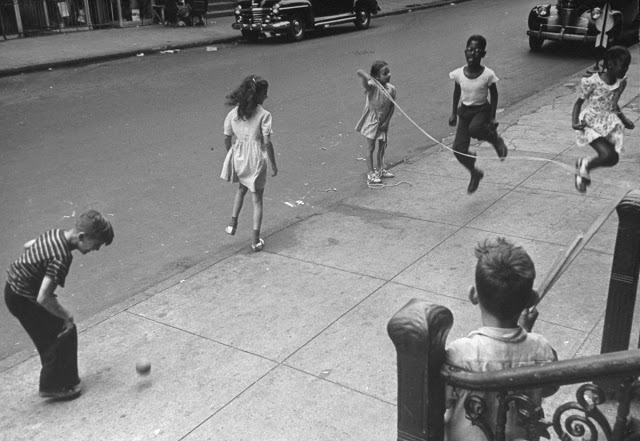 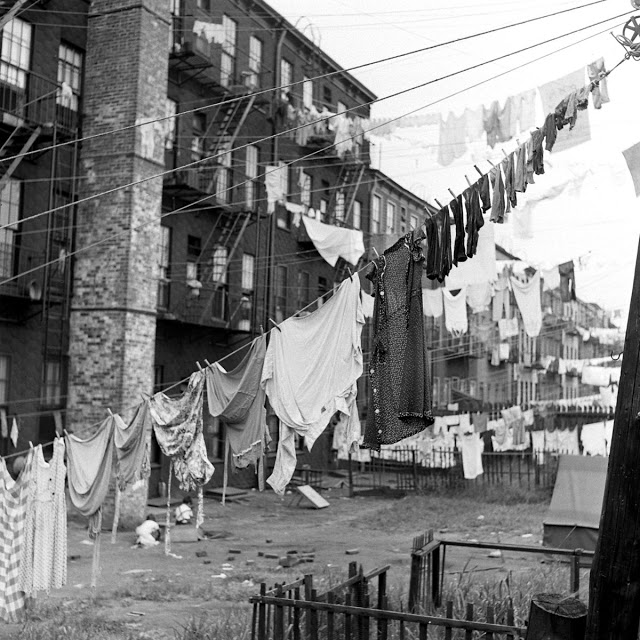 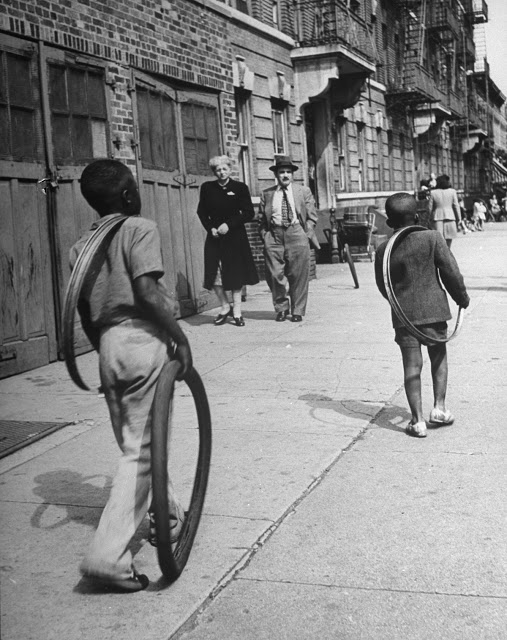 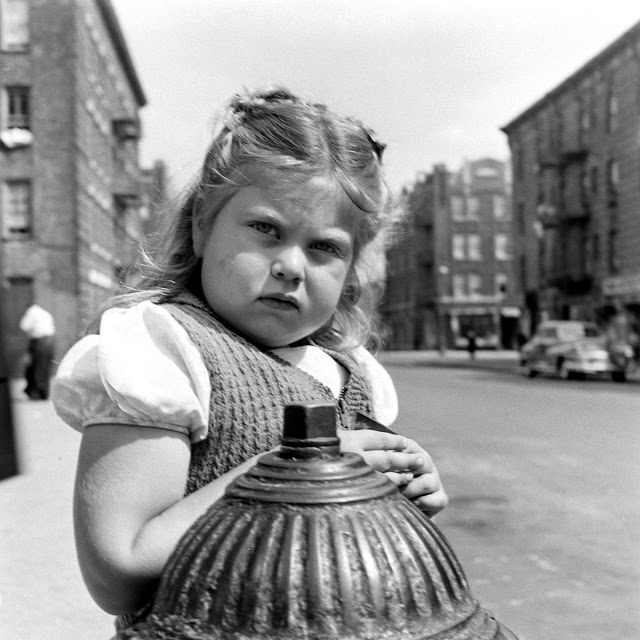 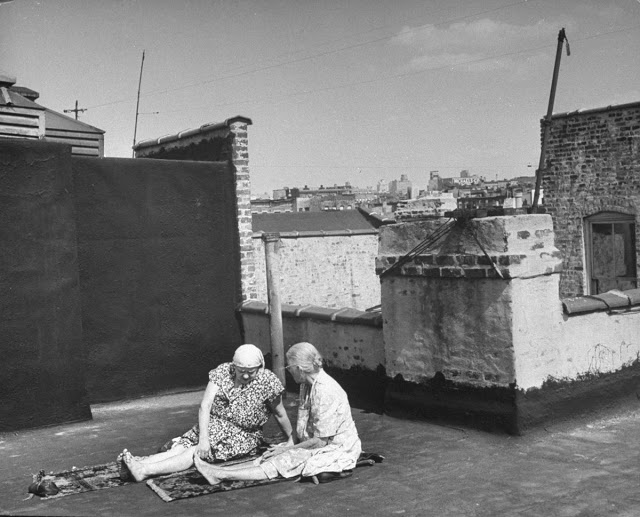 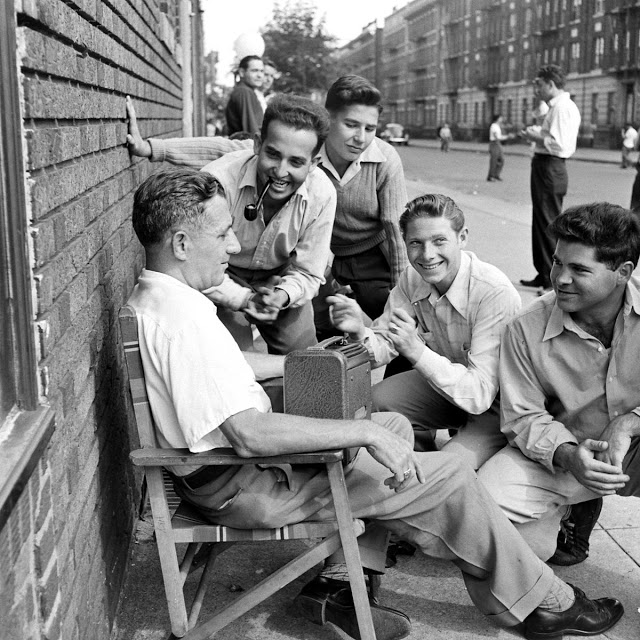 Listening to a Dodgers-Giants ballgame on the radio, Brooklyn, 1946. 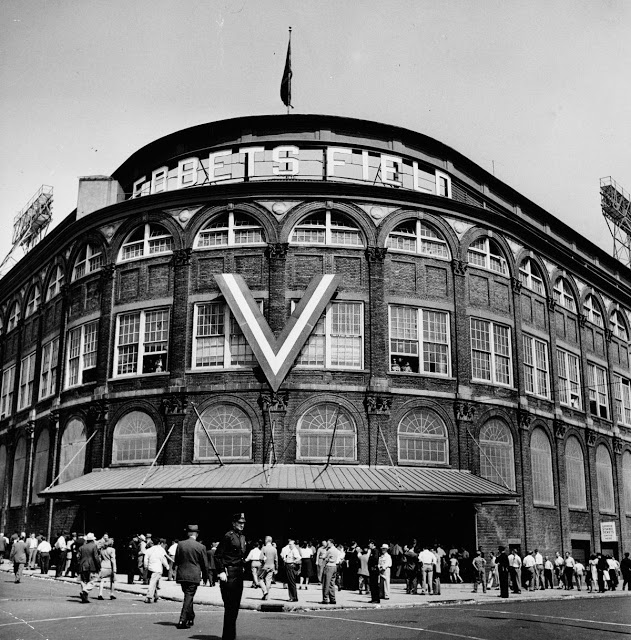 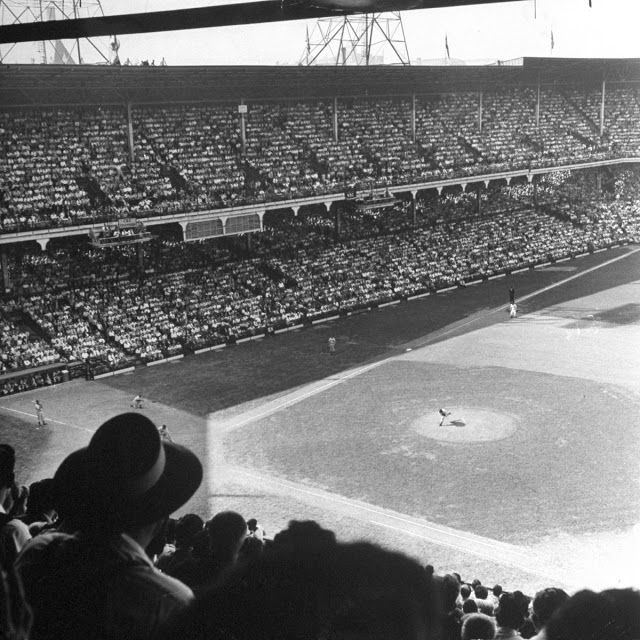 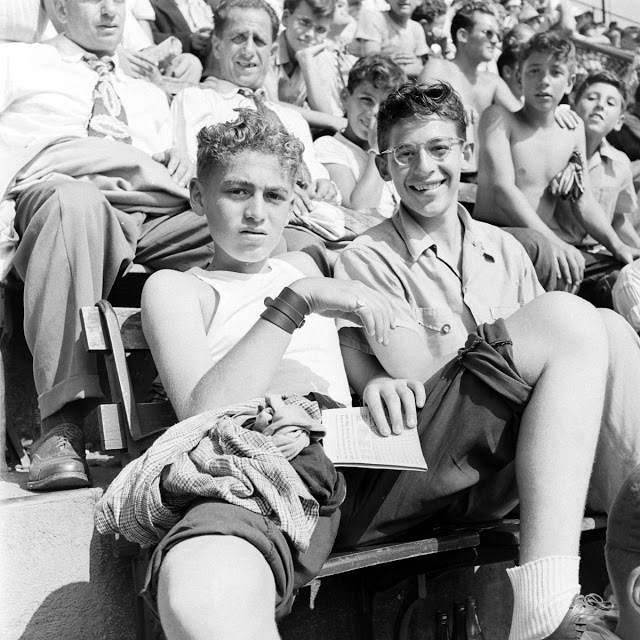 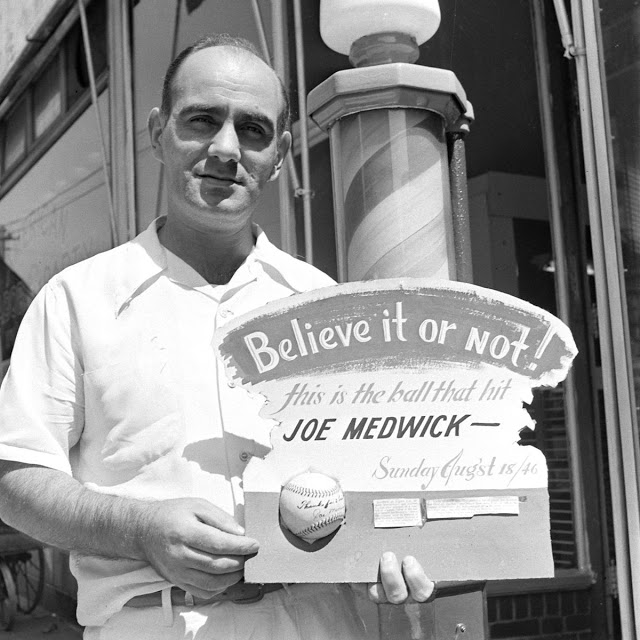 Jack Kaufman outside his barber shop on Rogers Avenue in Brooklyn in 1946, holding a signed baseball that once beaned future Hall of Famer Joe Medwick. 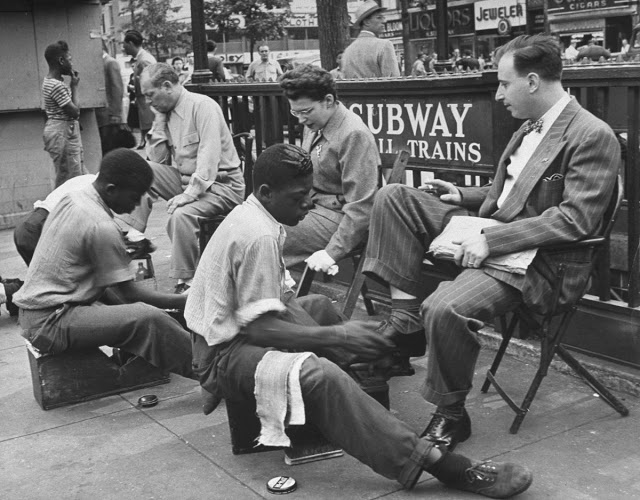 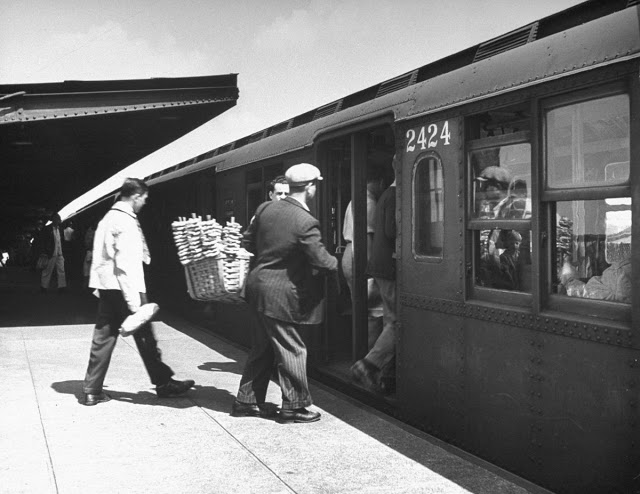 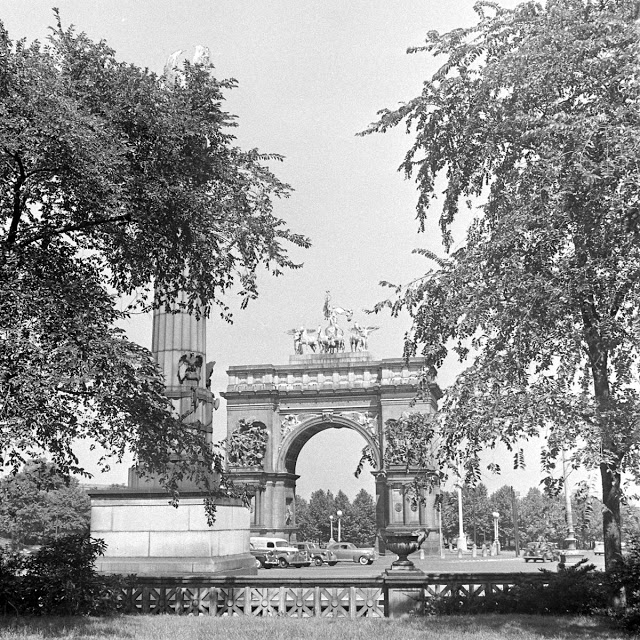 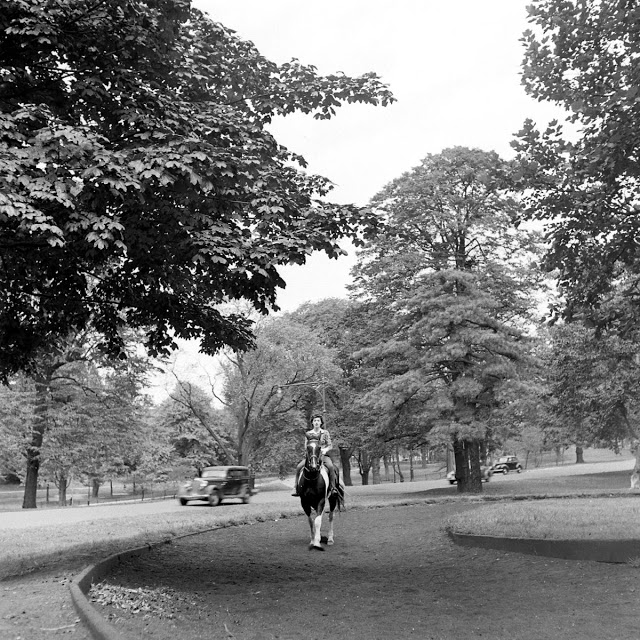 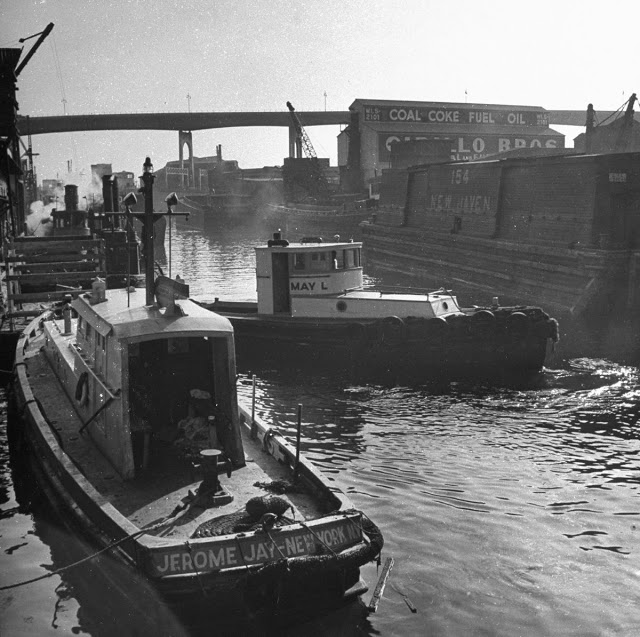 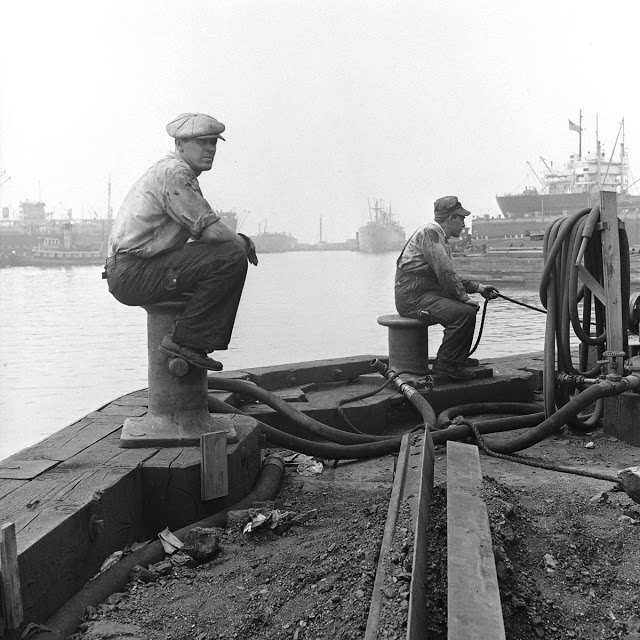 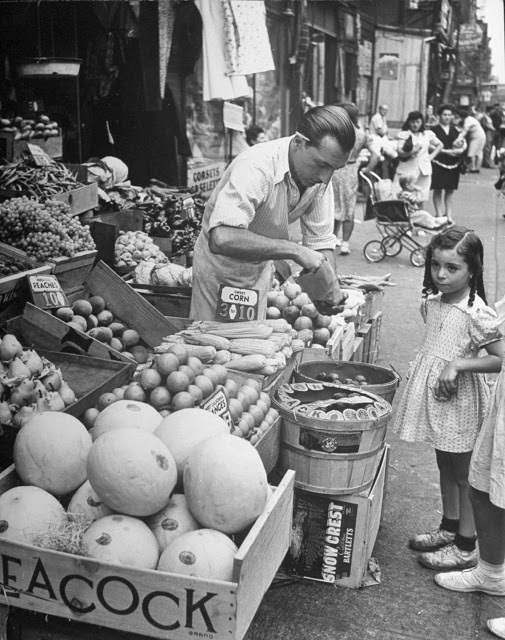 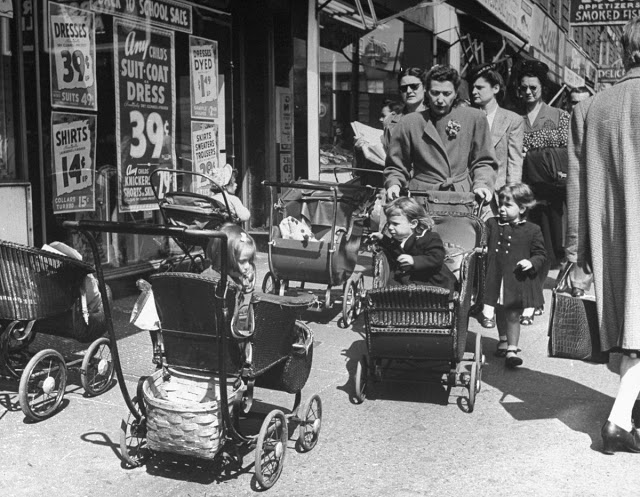 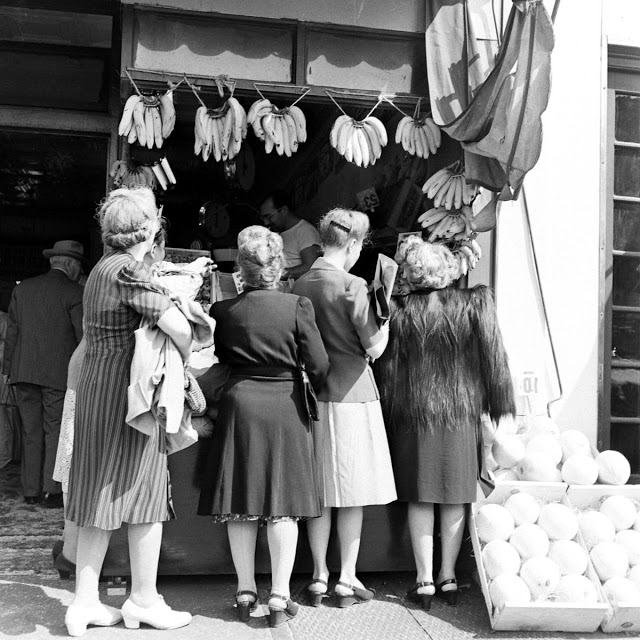 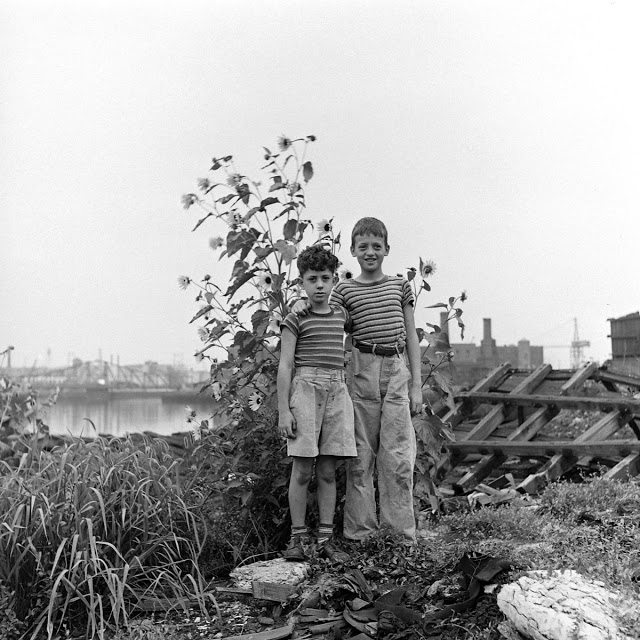 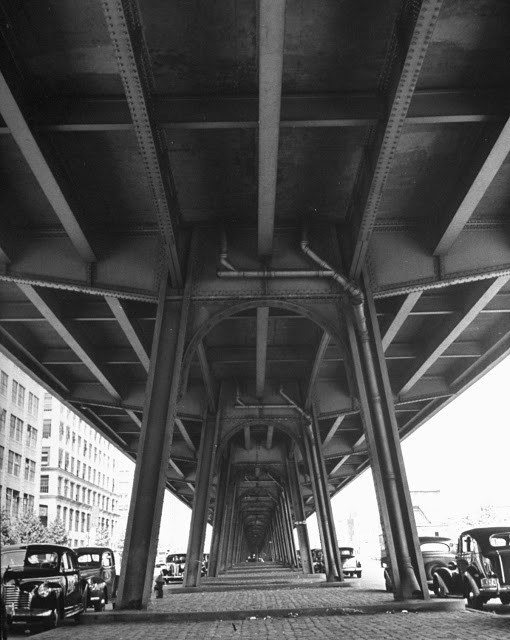 Under the elevated tracks, Broadway at Lynch, Brooklyn, 1946. 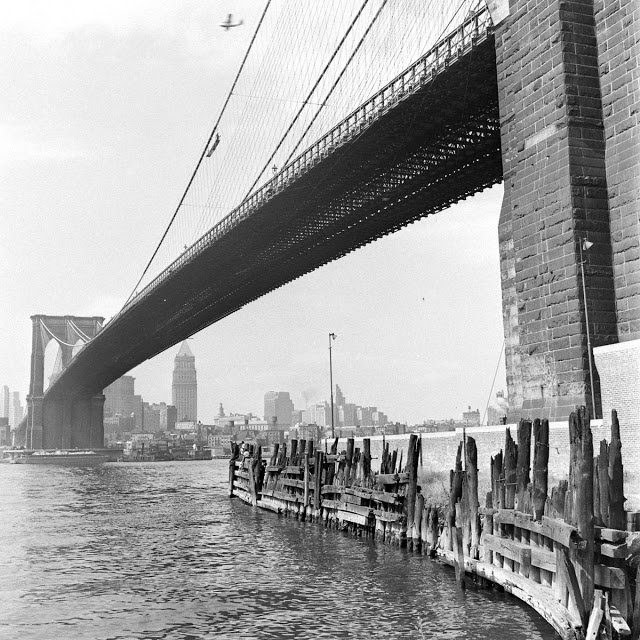