Psychedelic fashion was a quintessential 1960s movement. Although it was eventually, and to some degree opportunistically, embraced by virtually every mainstream design and sector of the fashion industry, it would be hard to isolated a single designer or even a cluster of designers who could be credited for its invention or promotion.

Nevertheless, the psychedelic preoccupation with light and the total environment reached a paradigm at the Manhattan boutique Paraphernalia in 1966, when electrical engineer Diana Dew devised a vinyl dress that turned-on at the command of the wearer. A miniaturized potentiometer fit on the belt of the dress and regulated the frequency of the blinking hearts or stars, which could be coordinated to the throbbing beat of the disco soundtrack. That same year, Yves Saint Laurent brought psychedelic light and color to pop art's disembodied trademarks with a bridal gown that flashed an incandescent flower, which enlivened the runway show’s traditional finale.

Psychedelic sensibility was essential to the second phase of 1960s’ fashion vocabulary, the move away from some of the sleeker and brusquer characteristics of mod fashion. It was consanguineous with the second phase’s absorption of folk and tribal lexicon, the experimentation in role playing and persona construction made possible by the improvised costumes adopted by youth cultures and spilling out into the Western world’s clothes-wearing population at large. The unprecedented outfits certainly owed something to the phantasmagoria of acid visions. Tribal and psychedelic converged with mottled patterns of African and Indonesian fabrics, the phosphorescent splotches and showers of tie-dye.

A complete series of photos from the October 1967 issue of Paris Match magazine on the psychedelic fashion in London. Photos by Philippe Le Tellier. 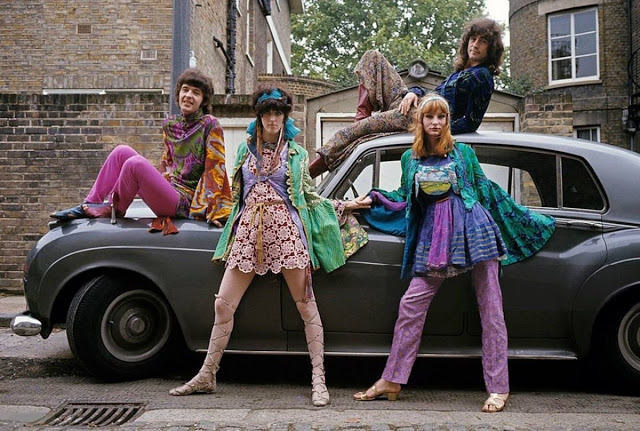 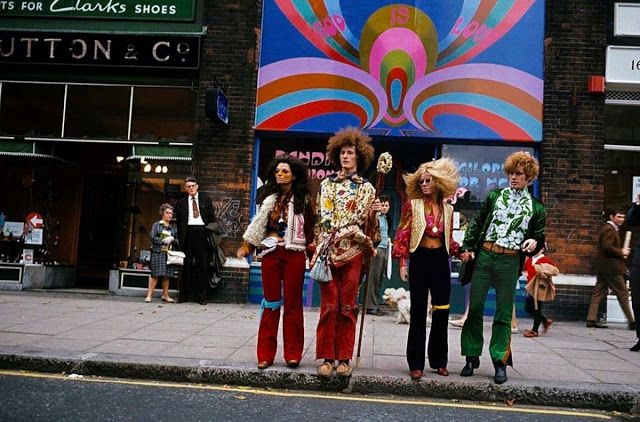 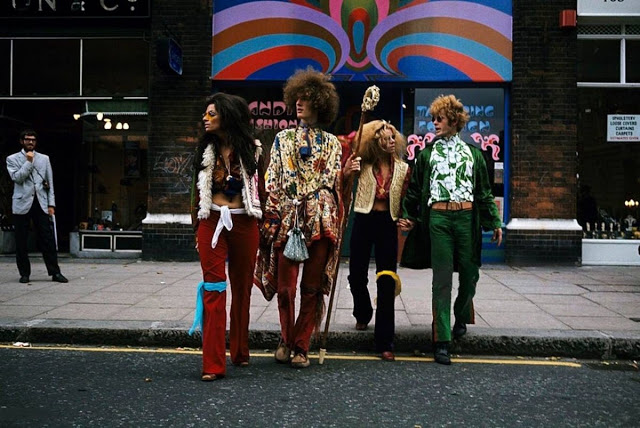 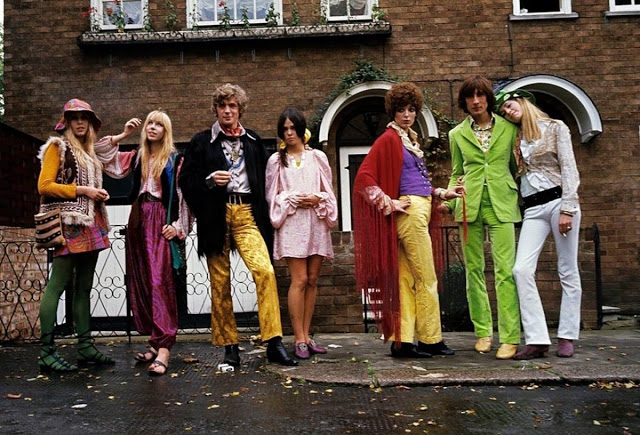 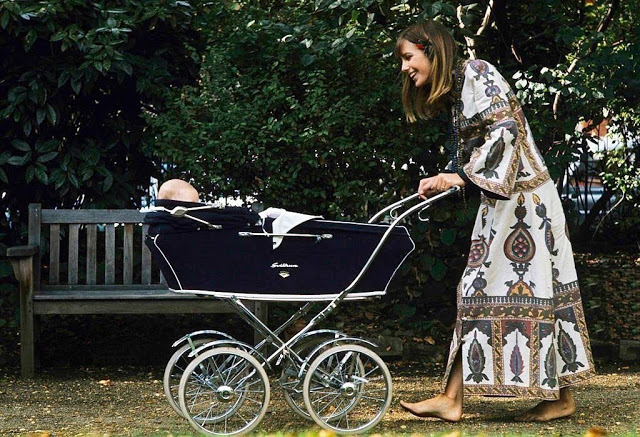 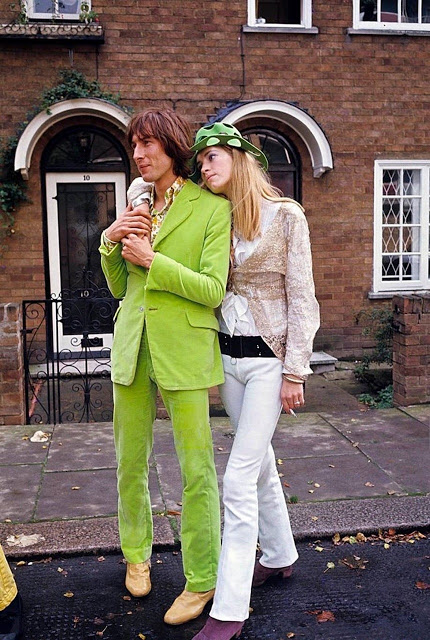 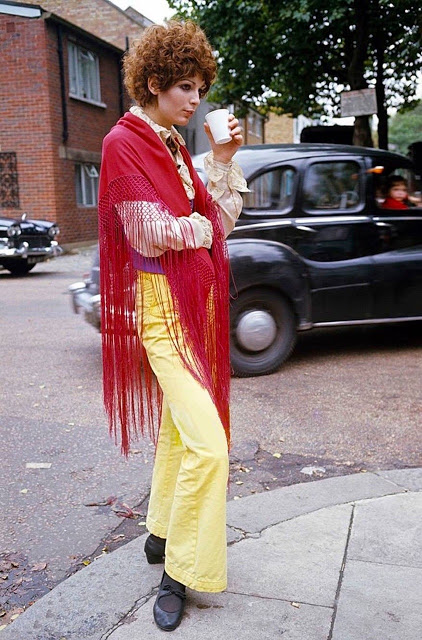 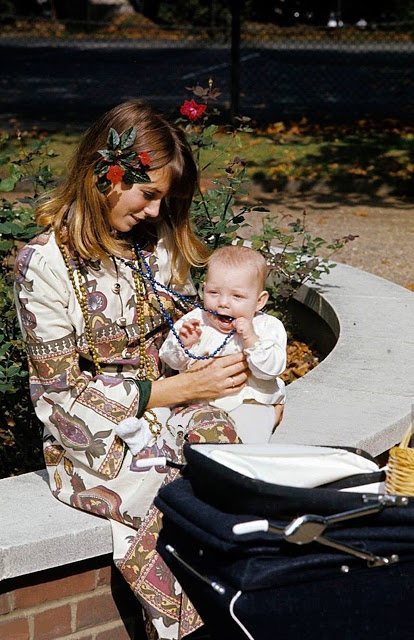 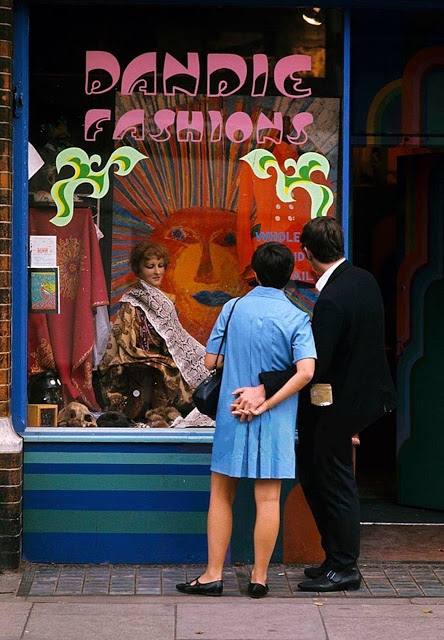 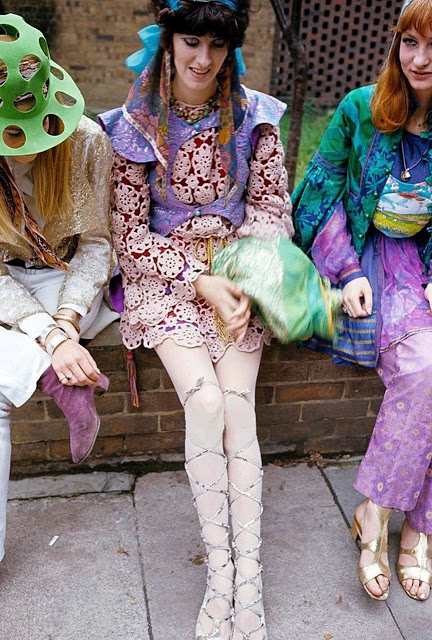 Posted by Yesterday Today at 10:59 AM