Jimi Hendrix became an icon in the protests against the war in Vietnam. But little people
know that he used to be in the army himself. These unique photographs show a young Jimi
Hendrix as a soldier in the army.

Before Hendrix was 19 years old law enforcement authorities had
twice caught him riding in stolen cars. When given a choice between spending time in
prison or joining the Army, he chose the latter and enlisted on May 31, 1961. 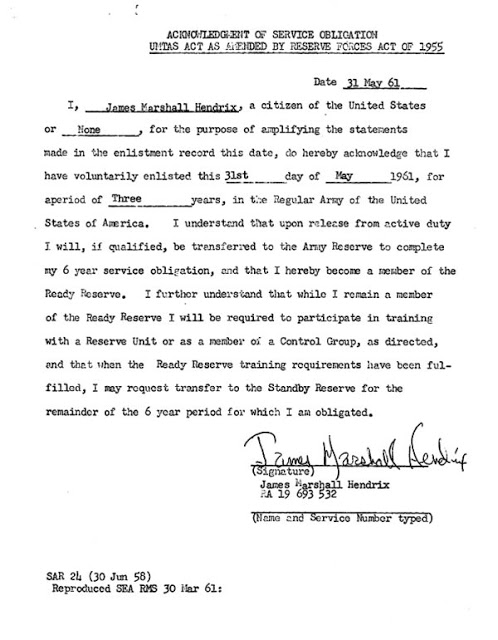 After completing eight weeks of basic training at Fort Ord, California, he was assigned to
the 101st Airborne Division and stationed at Fort Campbell, Kentucky. He arrived there on
November 8, and soon afterward he wrote to his father: “There's nothing but physical
training and harassment here for two weeks, then when you go to jump school ... you get
hell. They work you to death, fussing and fighting.”

In his next letter home, Hendrix, who had left his guitar at his girlfriend Betty Jean
Morgan's house in Seattle, asked his father to send it to him as soon as possible,
stating: “I really need it now.” His father obliged and sent the red Silvertone Danelectro
on which Hendrix had hand-painted the words “Betty Jean” to Fort Campbell. His apparent
obsession with the instrument contributed to his neglect of his duties, which led to
verbal taunting and physical abuse from his peers, who at least once hid the guitar from
him until he had begged for its return. 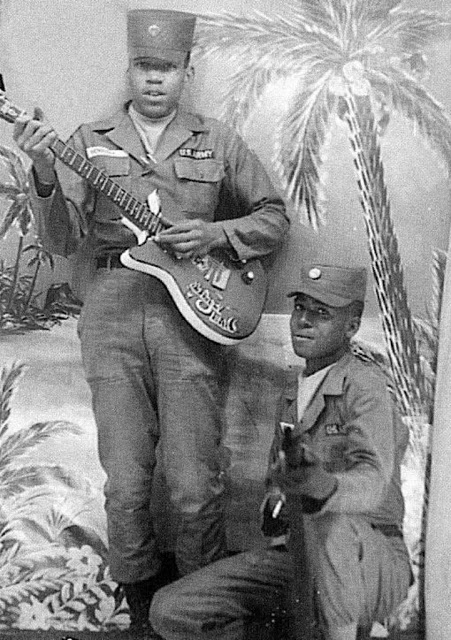 In November 1961, fellow serviceman Billy Cox walked past an army club and heard Hendrix
playing guitar. Intrigued by the proficient playing, which he described as a combination
of “John Lee Hooker and Beethoven,” Cox borrowed a bass guitar and the two jammed. Within
a few weeks, they began performing at base clubs on the weekends with other musicians in a
loosely organized band called the Casuals. 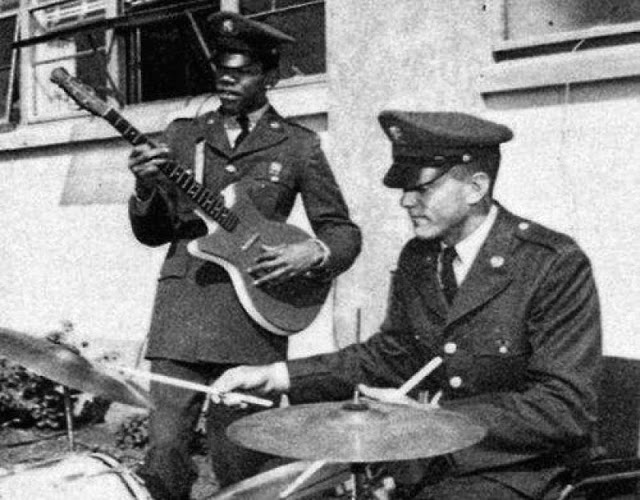 By February, his personal conduct had begun to draw criticism from his superiors. They
labeled him an unqualified marksman and often caught him napping while on duty and failing
to report for bed checks. 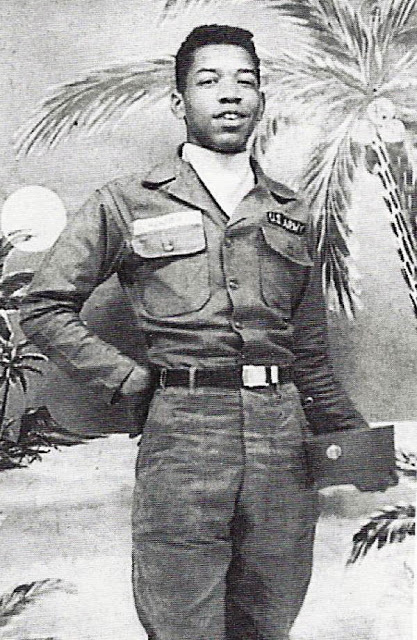 On May 24, Hendrix's platoon sergeant, James C. Spears filed a report in which he stated:

“He has no interest whatsoever in the Army ... It is my opinion that Private Hendrix will
never come up to the standards required of a soldier. I feel that the military service
will benefit if he is discharged as soon as possible.”

On June 29, 1962, Captain Gilbert Batchman granted Hendrix an honorable discharge on the
basis of unsuitability. Hendrix later spoke of his dislike of the army and falsely stated
that he had received a medical discharge after breaking his ankle during his 26th
parachute jump. 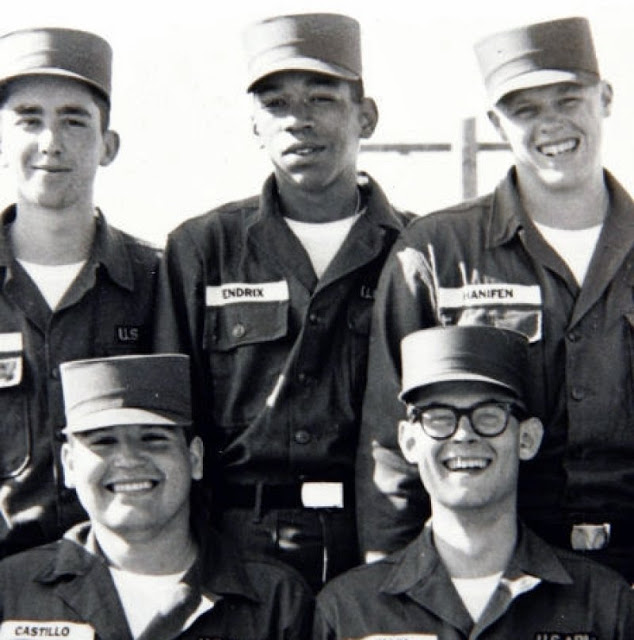 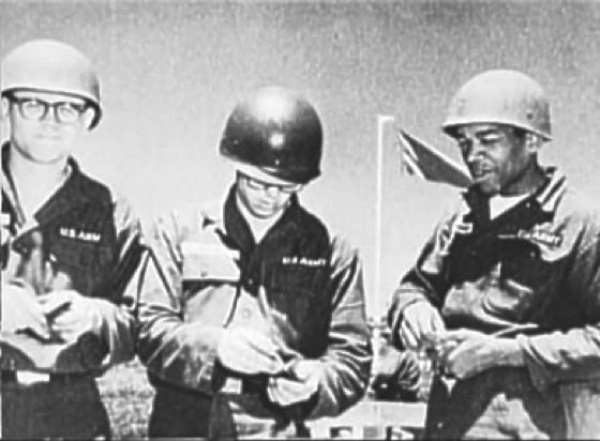 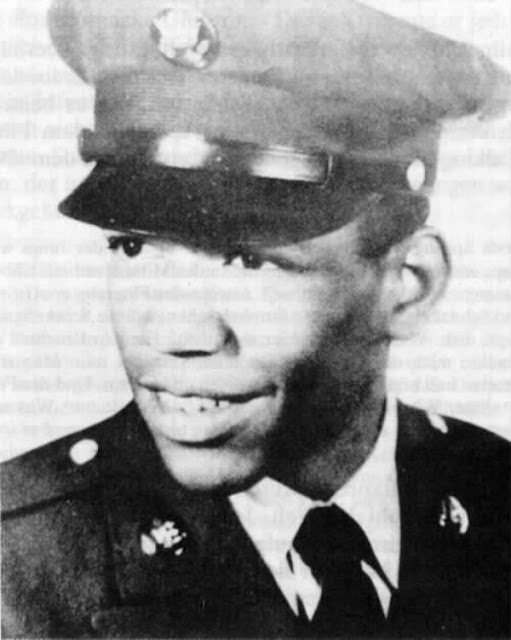 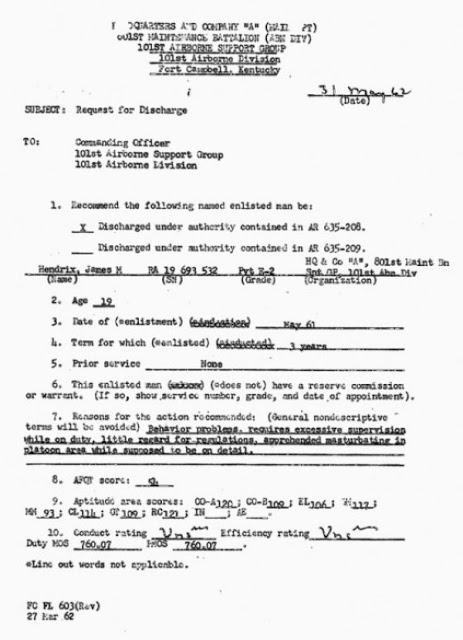 Posted by Yesterday Today at 9:51 AM