In 1944, George Stinney Jr., 14, Became the Youngest American Executed in the 20th Century When He Was Sent to the Electric Chair

George Stinney Jr. became the youngest person to be executed in the U.S in the 20th century when he was sent to the electric chair in 1944, but more than 70 years after his death his conviction has been overturned. 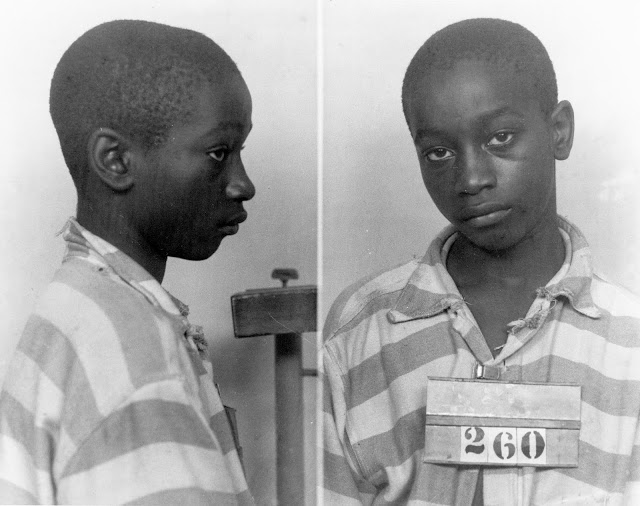 On the afternoon of March 23, 1944, Betty June Binnicker, 11, and Mary Emma Thames, 7, failed to return home. The next morning searchers, George Stinney Sr. among them, discovered the girls’ bodies lying in a water-filled ditch. Both girls’ skulls were crushed and one of the girl’s bicycles lay on top of their bodies.

According to an article reported by the wire services on March 24, 1944, and published widely, with the mistake of the boy’s name preserved, the sheriff announced the arrest and said that “George Junius” had confessed and led officers to “a hidden piece of iron.” Both girls had suffered blunt force trauma to the face and head. 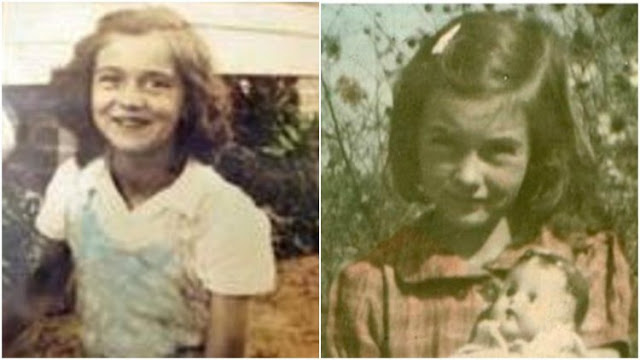 Reports differed as to what kind of weapon had been used. According to a report by the medical examiner, these wounds had been “inflicted by a blunt instrument with a round head, about the size of a hammer.” Both girls’ skulls were punctured. The medical examiner reported no evidence of sexual assault to the younger girl, though the genitalia of the older girl were slightly bruised.

After a short investigation, police took George Stinney Jr. and his brother John into custody. They released John, but a few hours later, Stinney confessed to murdering the girls. The sawmill fired Stinney Sr. and the family had to move and rarely saw George Jr. again because his incarceration was 50 miles away. 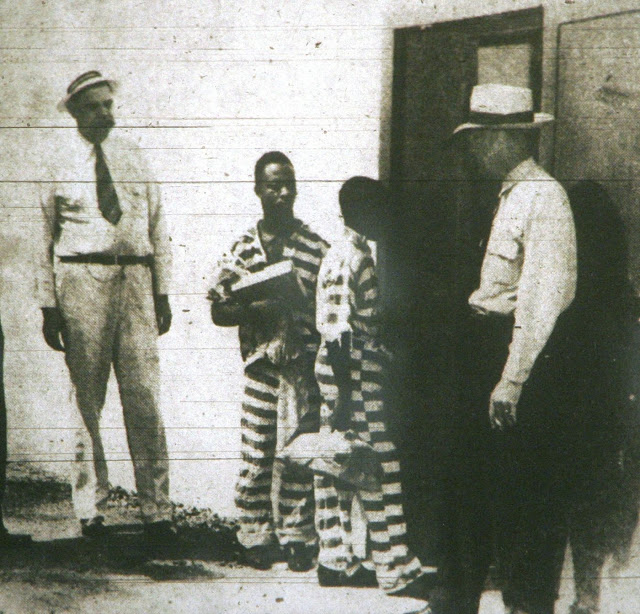 Geroge Stinney Jr., third from left, is seen in this 1944 newspaper photo entering South Carolina’s death house at the state prison in Columbia.

A mere 10 days later, the State tried Stinney for the girls’ murders. Records indicate 1,000 people crammed the courthouse. Blacks were not allowed inside.

The jury was all-white and the trial concluded that same day with Judge P.H. Stoll presiding. The court had appointed Charles Plowden as Stinney’s counsel. Plowden was a tax commissioner campaigning for a Statehouse seat.

Solicitor Frank McLeod represented the State. He presented evidence from law enforcement that Spinney confessed to the crime. While law enforcement testified that a confession occurred, no written confession exists in the record today. Nothing remains from documentary evidence indicating whether the court admitted a murder weapon, bloody clothes or other demonstrative evidence.

Plowden called no witnesses, did not cross examine, and never filed an appeal. No one challenged the sheriff’s recollection of the confession. The jury deliberated 10 minutes and found Stinney guilty.

The same day Judge P.H. Stoll sentenced Stinney to death by electrocution. The entire process had lasted two-hours. No appeals were filed and no stays of execution requested. 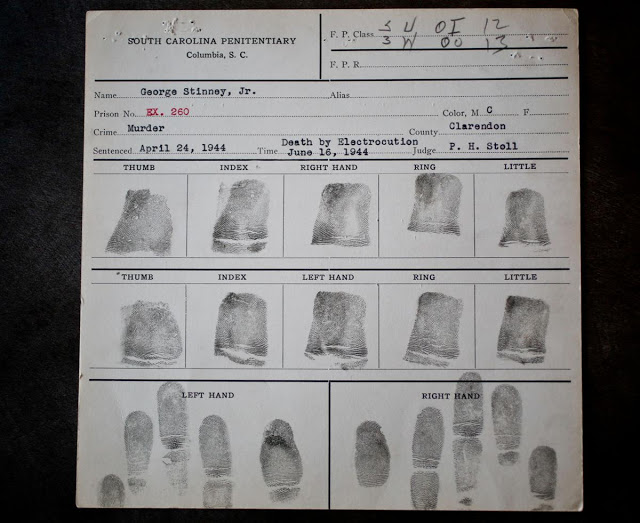 George Stinney Jr.’s fingerprints from 1944 are kept at the South Carolina Department of Archives and History. 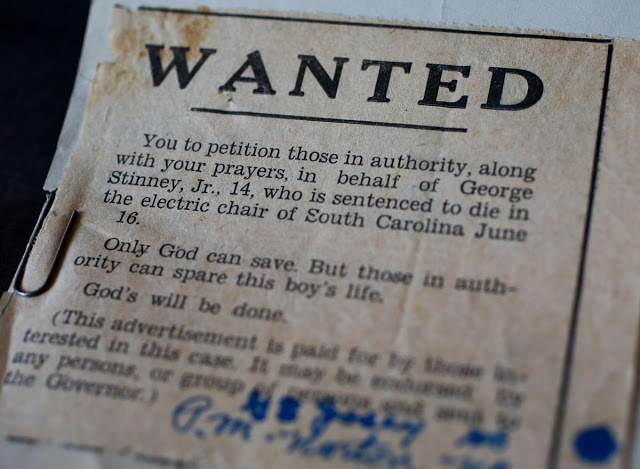 People from across the country wrote letters to Governor Olin D. Johnston regarding George Stinney Jr.’s death sentence in 1944. Most of them sought mercy on the child’s behalf. Courtesy the South Carolina Department of Archives and History.

The day before the scheduled execution, the NAACP protested to Governor Olin D Johnston. The execution proceeded.

On June 16, 1944, Stinney became the youngest person to die in the electric chair and the youngest person executed in the United States in the 20th century. Standing 5 feet 1 inch (155 cm) tall and weighing just over 90 pounds (40 kg), the straps don’t fit and an electrode was too big for his leg. His feet could not touch the floor. 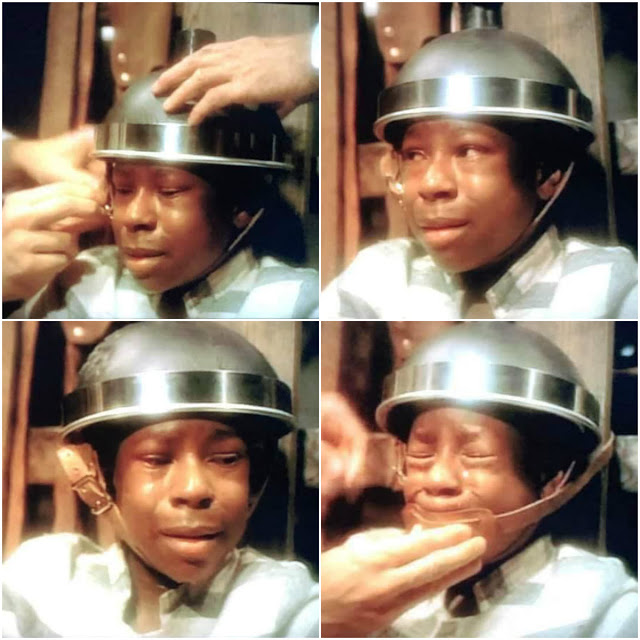 According to writer Joy James, as the first 2,400-volt surge of electricity hit Stinney, the mask covering his face slipped off, “revealing his wide-open, tearful eyes and saliva coming from his mouth.”

His family buried his burned body in an unmarked grave hoping the anonymity would allow him to rest in peace.

Mullen did not rule that the conviction of Mr. Stinney for the murder of two white girls was wrong on the merits. She did find, however, that the prosecution had failed in numerous ways to safeguard Swinney’s constitutional rights from the time police took him into custody until his death by electrocution.

The all-white jury could not be considered a jury of the teenager’s peers, Judge Mullen ruled, and Stinney’s court-appointed attorney did “little to nothing” to defend him. Stinney’s confession was most likely coerced and unreliable, Mullen added, “due to the power differential between his position as a 14-year-old black male apprehended and questioned by white, uniformed law enforcement in a small, segregated mill town in South Carolina.” 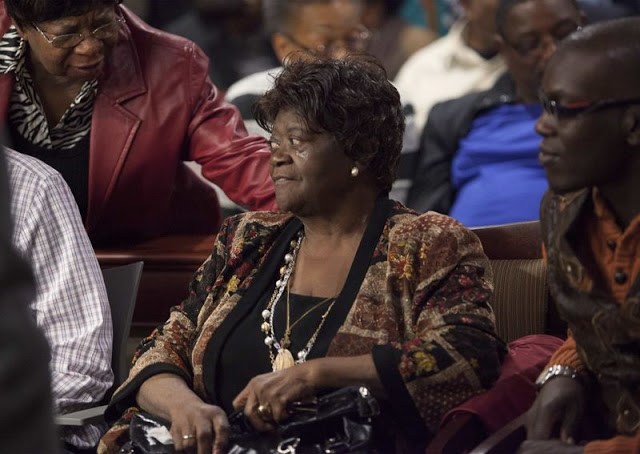 Amie Ruffner, the sister of George Stinney, is seen with her family during January, 2014 hearing in South Carolina to vacate the murder conviction of her brother, who was executed at age 14 for the murders of two white girls in 1944. “They took my brother away and I never saw my mother laugh again,” said Amie Ruffner. “I would love his name to be cleared.”

Family members of both Betty Binnicker and Mary Thames expressed disappointment at the court’s ruling. They said that, although they acknowledge Stinney’s execution at the age of 14 is controversial, they never doubted the boy’s guilt.

Frankie Bailey Dyches, Betty June Binnicker’s niece, disagreed. “I believe that he confessed,” said Dyches, who was born after the 1944 killings. “He was tried, found guilty by the laws of 1944, which are completely different now — it can’t be compared — and I think that it needs to be left as is.”

The niece of Betty Binnicker claimed she and her family have extensively researched the case, and argues that “people who [just] read these articles in the newspaper don’t know the truth.” Binnicker’s niece alleges that, in the early 1990s, a police officer who had arrested Stinney had contacted her and said: “Don’t you ever believe that boy didn’t kill your aunt.” These family members said that the claims of a deathbed confession from an individual confessing to the girls’ murders have never been substantiated.

The Conservative Headlines site has stated, “Make no mistake: George Stinney Jr was 100% guilty. The white Marxists, the media, and black power groups are perfectly comfortable pretending like he is innocent to advance their political agenda. They are completely comfortable spitting on the graves of two little dead girls. To advance the cause of the far-left, murderous thugs are converted into saints and innocent victims into criminals.” 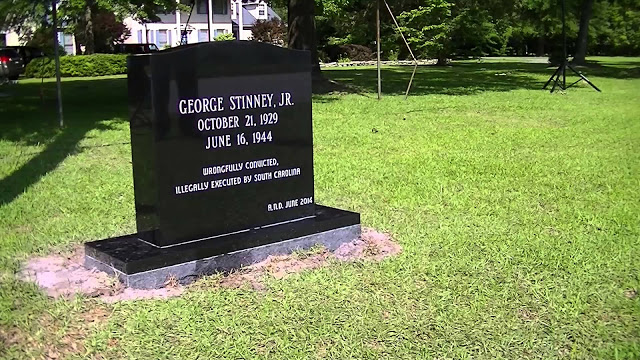 Posted by Yesterday Today at 10:56 AM