Raped aged seven. Spotted by Conde Nast aged 19. Muse to Man Ray in her twenties. Painted by Picasso aged 30. And the woman in Hitler's bathtub in 1945, aged 38.

She is Lee Miller, a model who left the world of fashion to become a fearless war photographer during the dark days of the 1940s.

Lee Miller photographed innumerable women during her career, first as a fashion photographer and then as a journalist during the Second World War, documenting the social consequences of the conflict, particularly the impact of the war on women across Europe. Her work as a war photographer is perhaps that for which she is best remembered – in fact she was among the 20th century’s most important photographers on the subject. 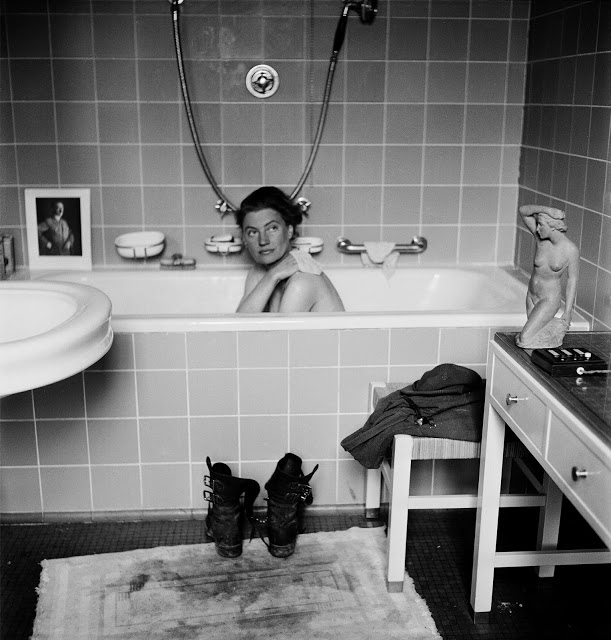 Lee Miller in Hitler’s bathtub, Munich, Germany, 1945. Miller’s friend David Scherman took this photograph, and it’s very carefully staged, from the picture of Hitler on the tub to the slightly kitschy statue on the right, to the boots on the bathmat beside the tub. These are the boots Miller had worn to visit the concentration camp at Dachau earlier that day, and the dirt on the bathmat is dirt from Dachau. 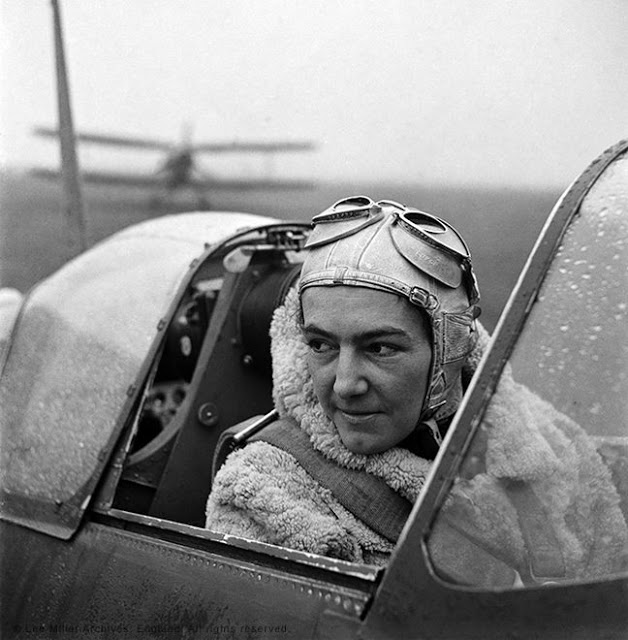 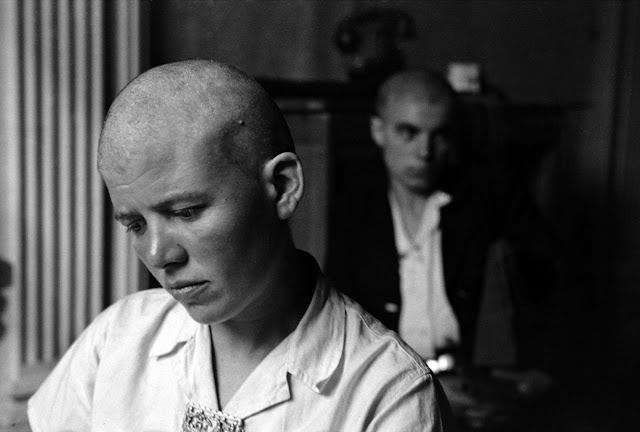 A French woman is accused of collaborating with the Germans, Rennes, France, 1944. 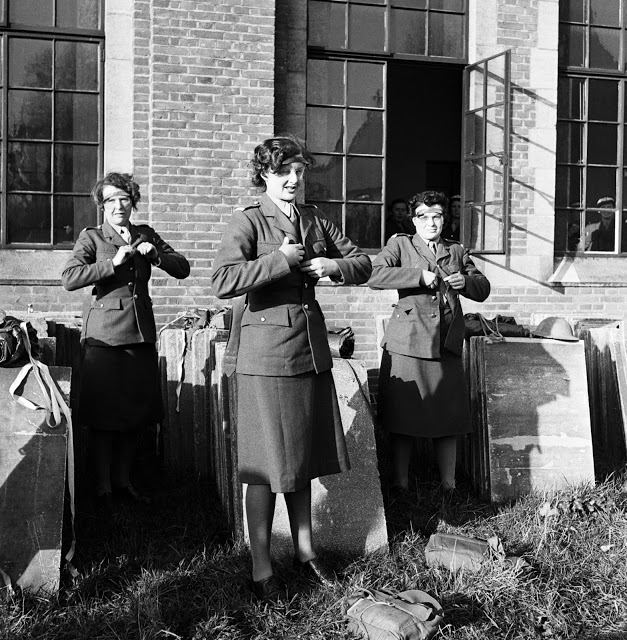 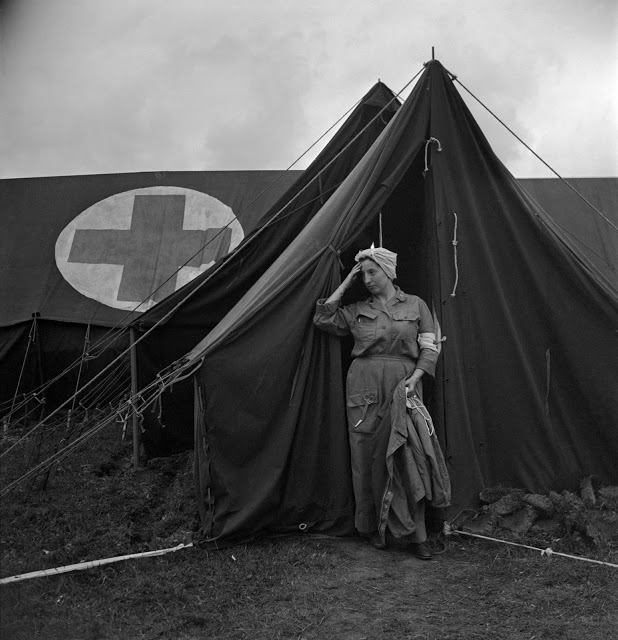 An exhausted nurse at the 44th evacuation hospital, Normandy, France, 1944. 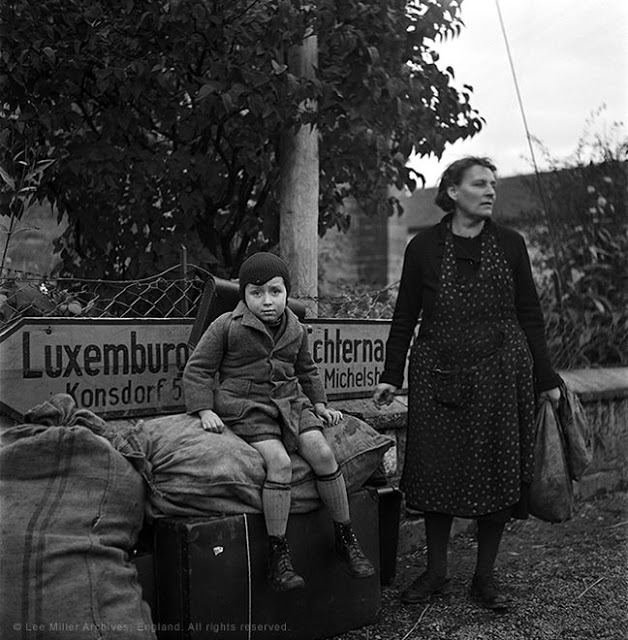 A tired mother and son wait at a crossroads for transport, Luxembourg, 1945. 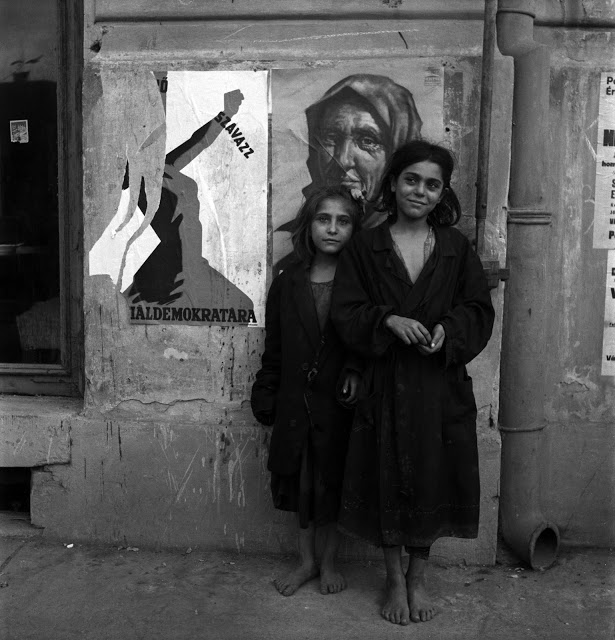 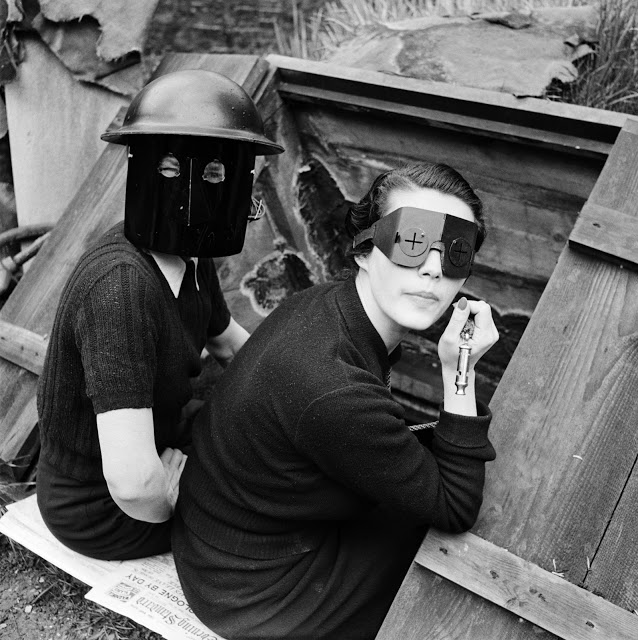 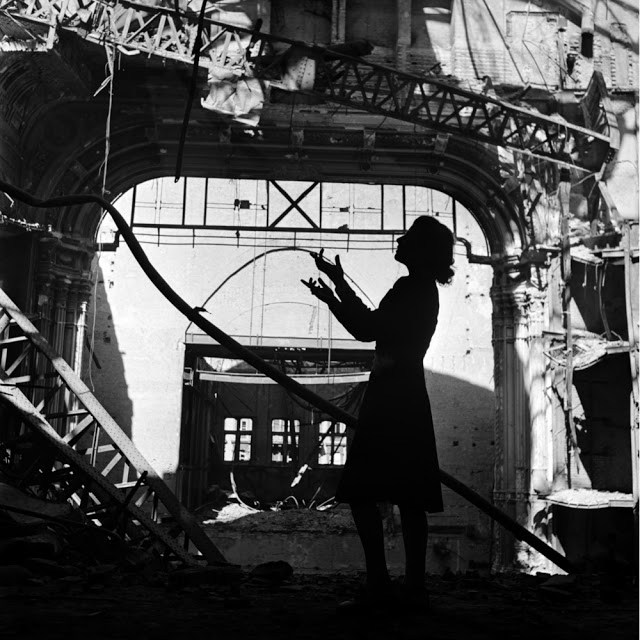 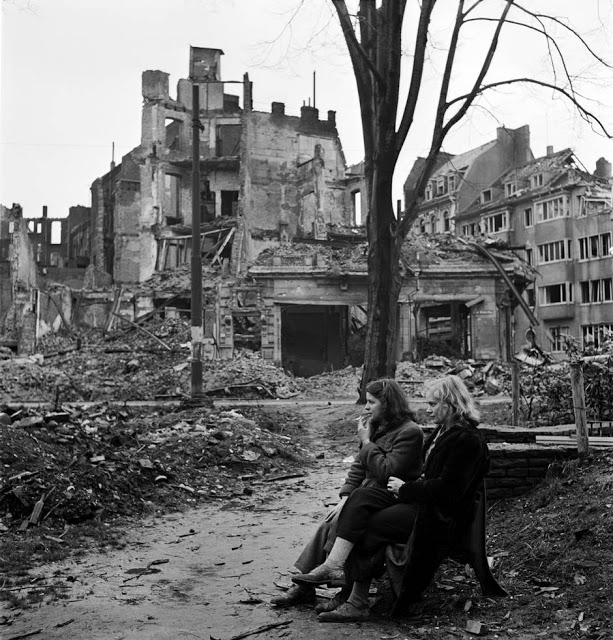 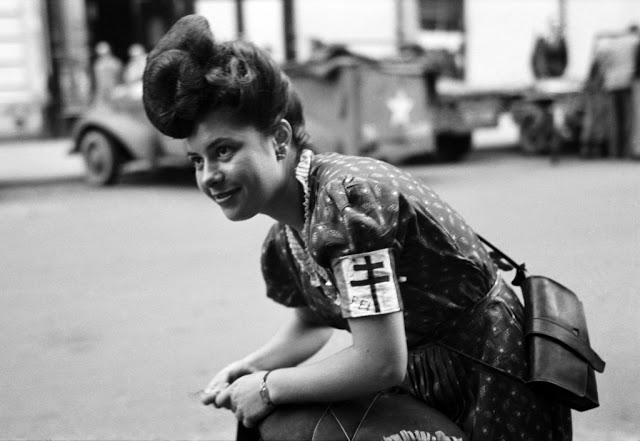 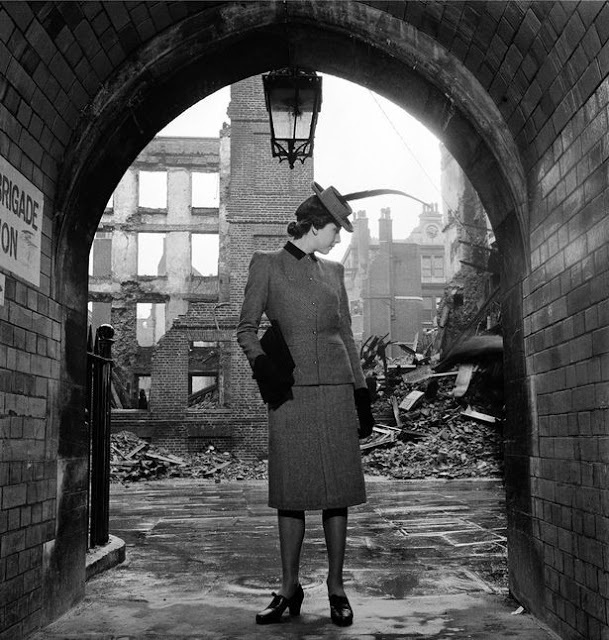 Model shot with the backdrop of bomb damage in London, 1940. 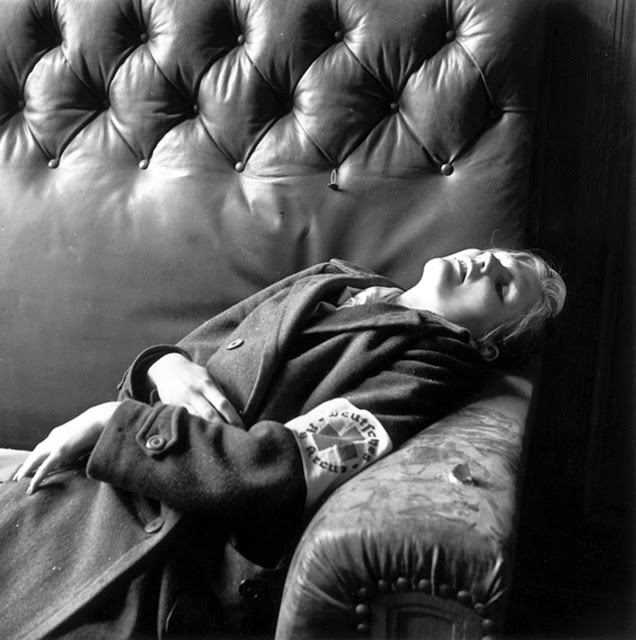 The daughter of the Deputy Mayor of Leipzig after the family committed suicide on 20th April 1945 as American troops were entering the city. 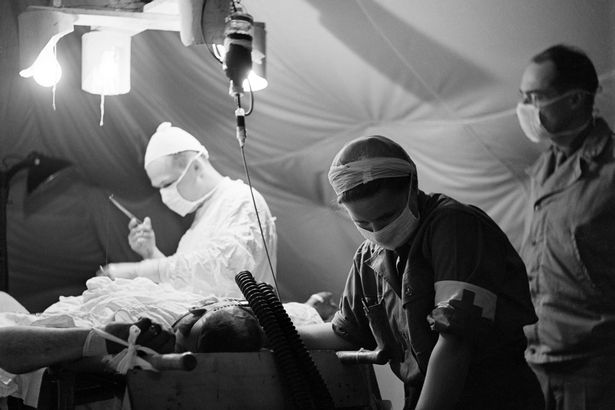 Surgeons at a field hospital in Normandy in 1944. 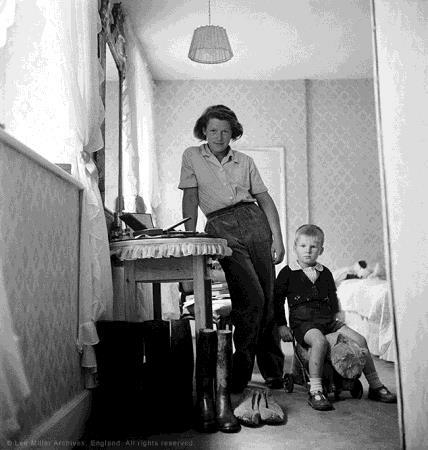 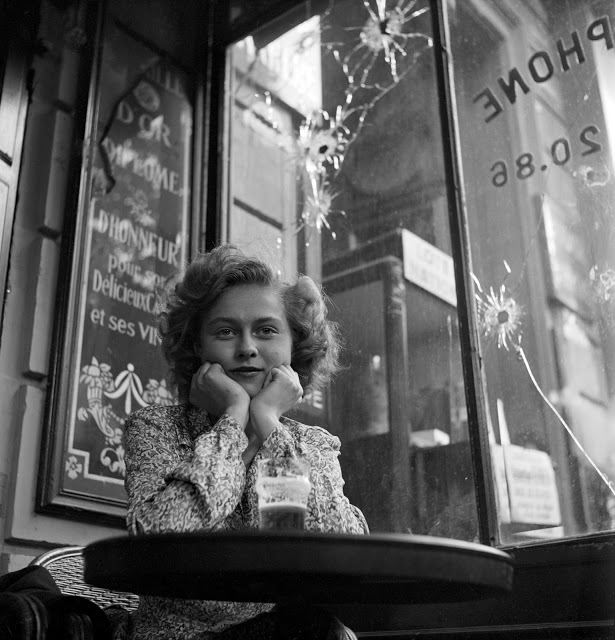 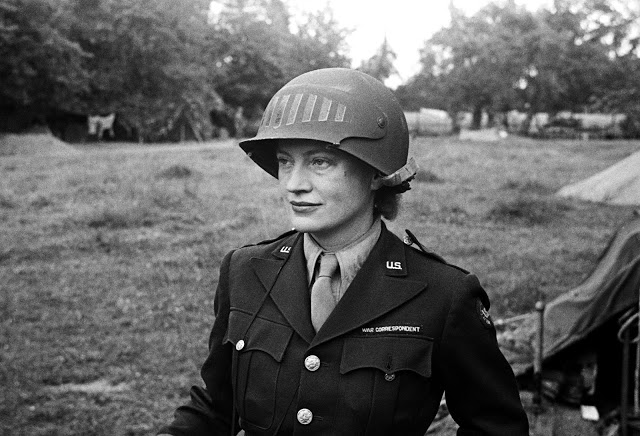