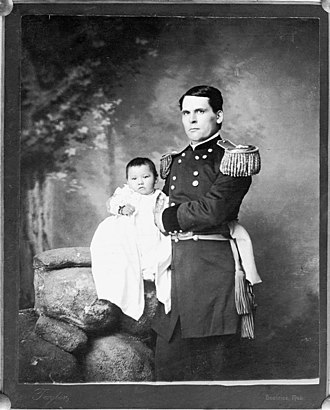 On 29 December 1890, near Wounded Knee Creek on the Lakota Pine Ridge Indian Reservation in South Dakota, one of America's most shameful events would take place. In what would become known as the Wounded Knee Massacre the United States 7th Cavalry Regiment would kill nearly 300 men, women, and children of the Lakota nation with 51 being wounded. And for their efforts at least twenty soldiers would be awarded the Medal of Honor. 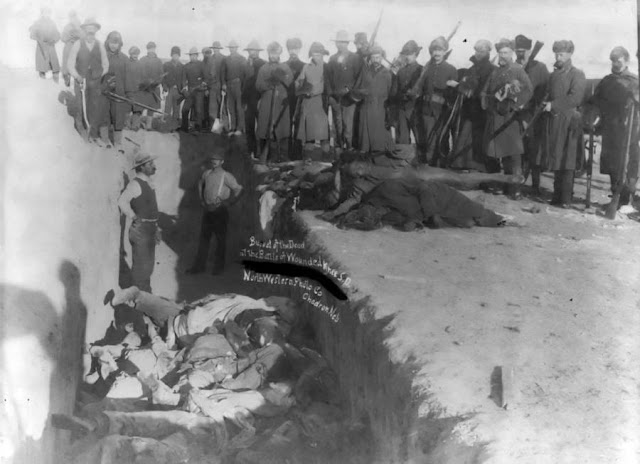 American soldiers dump the Sioux dead into a mass grave after the Wounded Knee Massacre.

Four days after the massacre, when a US Army detail went out to bury the dead, a four month old baby was found on the battlefield still tied and protected on her frozen mother's back. On the infant’s head was a leather cap decorated with beaded designs showing the American flag. The baby was first cared for by members of the Lakota and she fully recovered from four days exposure to freezing temperatures without food. Without knowledge of her identity or Lakota birth name, she was called Zintkala Nuni ("Lost Bird"). The tribe’s survivors attempted to gain custody of her, but she was adopted - as a public relations attempt — by  Brigadier General Leonard W. Colby, whose men came to the killing field after the massacre was over. Over the protests of the Lakotas, he adopted the child, claiming that he was a full-blooded Seneca Indian.  He promised to bring food to the surviving tribe members if they’d give him this living souvenir of Wounded Knee. 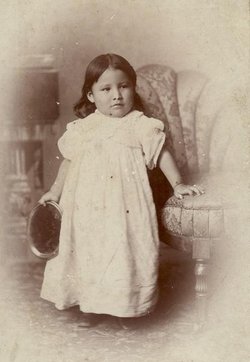 Studio portrait of Zintkala Nuni as a little girl, wearing a white dress.

Gen. Colby adopted the baby without ever consulting his wife, Clara Bewick Colby, who had been in Washington D.C. at the time, working as a suffragette activist, lecturer, publisher and writer. After the massacre Colby took the child by train to his home in Beatrice, Nebraska. He legally adopted her on January 19, 1891, naming her Margaret Elizabeth Colby. Colby said about his new daughter, "She is my relic of the Sioux War of 1891 and the Massacre of Wounded Knee." Zintkala was raised by Colby's wife and when she learned that a Lakota woman had said "Zintkala nuni" [lost bird] when Colby took her away, Clara Colby called her "Zintka." 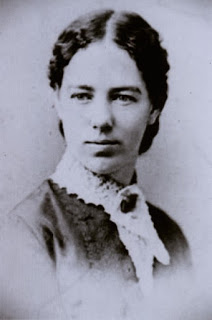 Clara Colby later expressed her belief that her husband had kidnapped the child in order to draw clients to his law practice thus exploiting her even further. Leonard Colby's intentions were far from honorable. When Zintka was 5-years-old, he abandoned Clara and Zintkala Nuni to start a relationship with Lost Bird's governess. Zintka agonized through a childhood of prejudice and rejection by relatives and classmates. Due to Clara Colby's busy work life, Zintka would spend most of her school years at various American Indian boarding schools including Haskell in Kansas and Chamberlain in South Dakota. 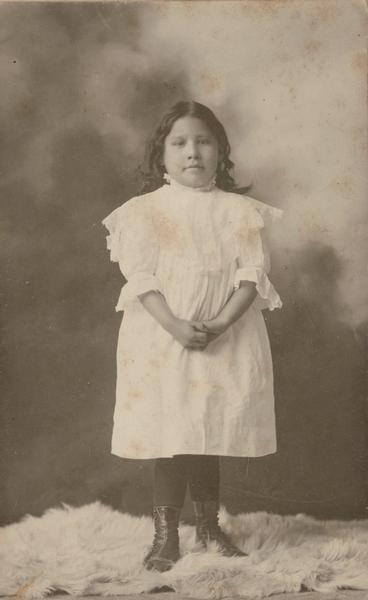 Studio portrait of Zintkala Nuni as a little girl, wearing a white dress.

When she was 17, Zintkala Nuni ran away from home. She was retrieved by her mother and sent to live with her father and his new wife. It was then that she was discovered to be pregnant and was sent to a reformatory. General Colby committed Zintka to the Nebraska Industrial Home in Milford, Nebraska, a reformatory for unwed mothers, where her child was stillborn. Her father left her in the reformatory for a year. Her child was stillborn and she returned once again to live with her mother who now lived in Portland, Oregon. Clara Colby testified in court that Zintka had been sexually abused by her former husband, General L.W. Colby, while she was living in his home with his second wife.

Zintkala Nuni returned to South Dakota on numerous occasions seeking information about her family and any possible surviving relatives but was not successful. She had not been warmly welcomed. At one point, she seemed to have found happiness in marriage, but the relationship quickly disintegrated when she discovered her new husband had given her syphilis, then incurable. She struggled with the effects of that illness for the rest of her life. Zintka worked as a entertainer for Buffalo Bill Cody's Wild West Show and as an extra in silent films. She also portrayed Pocahontas at the 1915 Panama-Pacific Exposition in San Francisco. It is said that due to poverty she had resorted to prostitution. 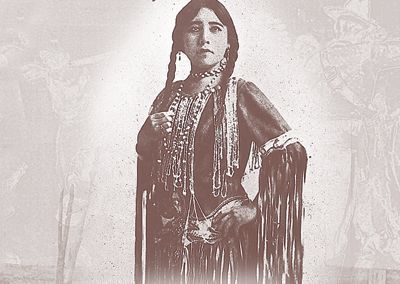 By 1916, Zintka was living in utter destitution. She and her then-husband, who suffered from various illnesses, had been unsuccessfully trying to make a living in vaudeville. She had had two more children. One died, most likely in that year, and Zintka gave the other to an Indian woman who was in a better situation to be able to care for him. Later that year, she lost her loving mother, Clara Colby, to pneumonia.

Eventually, Zintka and her husband gave up vaudeville and moved in with his parents in Hanford, California, in 1918. Zintka fell ill on Feb. 9, 1920, as the Spanish influenza epidemic swept across the nation. On Feb. 14, Valentine’s Day, she died of that flu, complicated by syphilis at the young age of 29. She was subsequently buried in a pauper's grave in Hanford.

Lost Bird finally came home on 11 July 1991. Her grave was found in California and her remains were returned to South Dakota and buried near the mass grave of her Lakota family. Her tragic story led to the creation of the Lost Bird Society, which helps Native Americans who were adopted outside their culture find their roots. 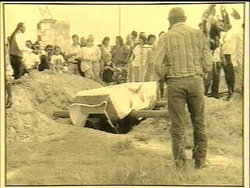 Lost Bird finally came home in 1991, and was reburied at Wounded Knee.

Posted by Yesterday Today at 11:44 AM