Rare Photographs Capture the Moment Some of the Nazis' Most Notorious Murderers Were Brought to Justice, 1945

These rare photos show some of the world's most infamous monsters just moments after their reign of terror came to an end. The pictures, which form part of a stunning group of previously unseen snaps documenting the Second World War, were found in an old suitcase belonging to a former Spitfire pilot.

Nazi killers Franz Hossler and Irma Grese can be seen relaxing in the black and white photos which have only just been uncovered. In the photos, evil Hossler, who was commander at Auschwitz concentration camp and then deputy commandant of Bergen-Belsen, can be seen smirking.

The mass murderers were caught on camera along with dozens of other defendants at Celle Prison in Germany by Flight Lieutenant Keith Parfitt. 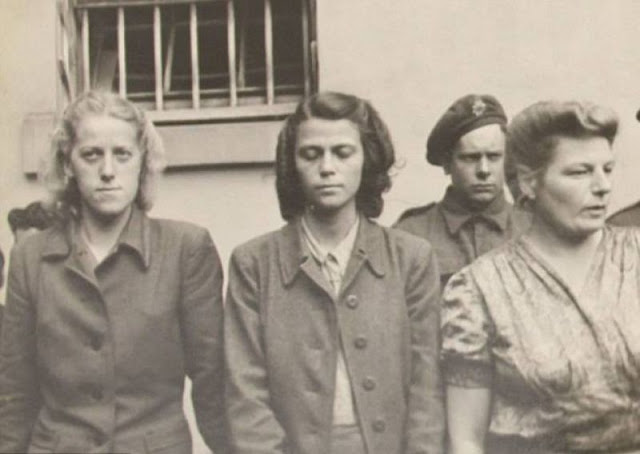 Pictured on the left is Herta Bothe, alongside two other female prisoners. 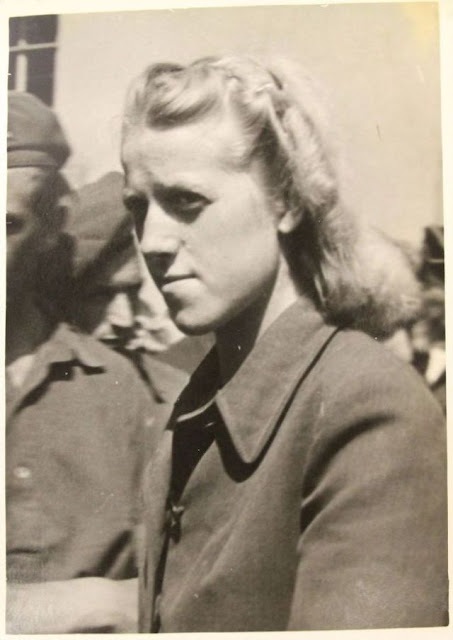 Herta Bothe can be seen looking stern as she is caught. 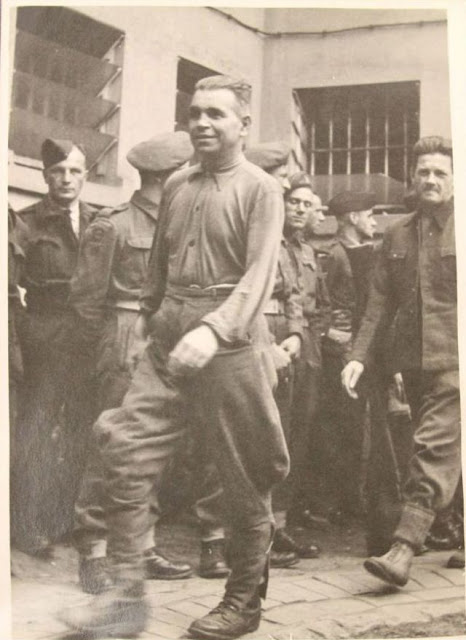 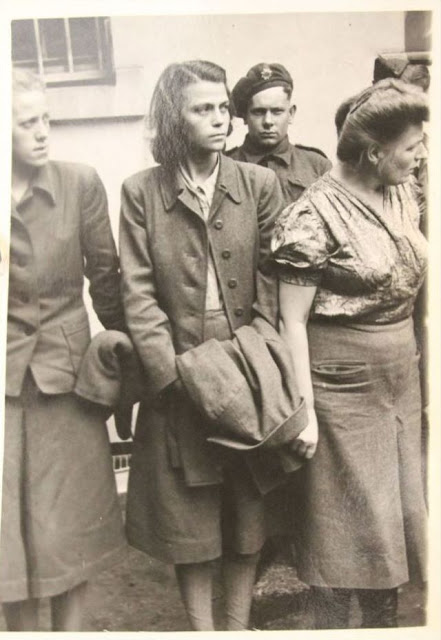 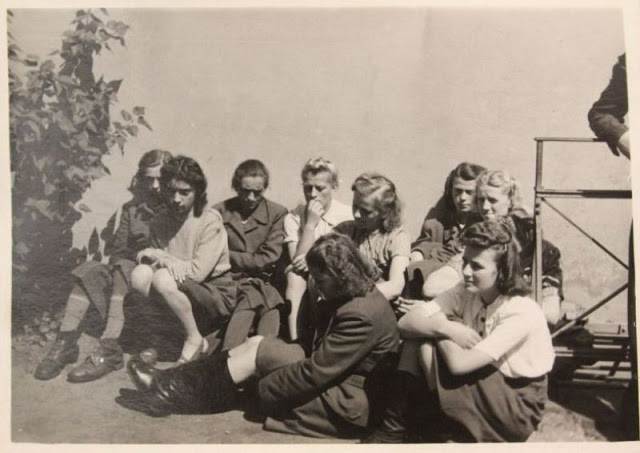 A group of young women sit outside the jail where 45 people faced charges for war crimes in 1945. 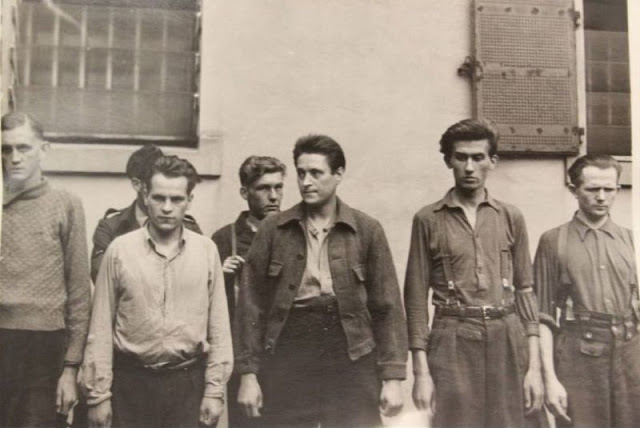 Detained alongside Hossler and Grese, they were among dozens to be arrested at the site towards the end of the Second World War. 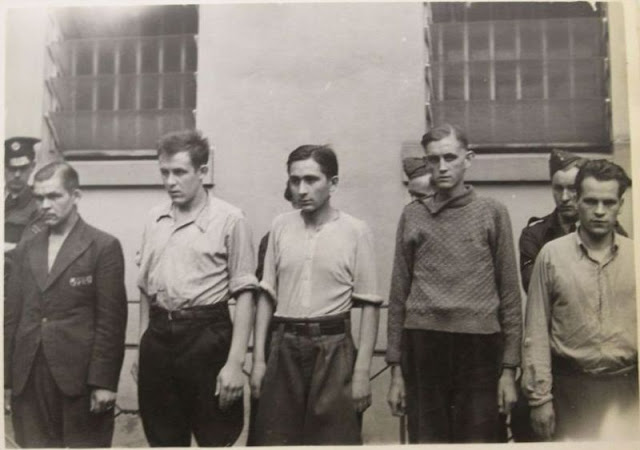 A group of unidentified prisoners are lined up against a wall during their detainment at Celle Prison, in Germany. 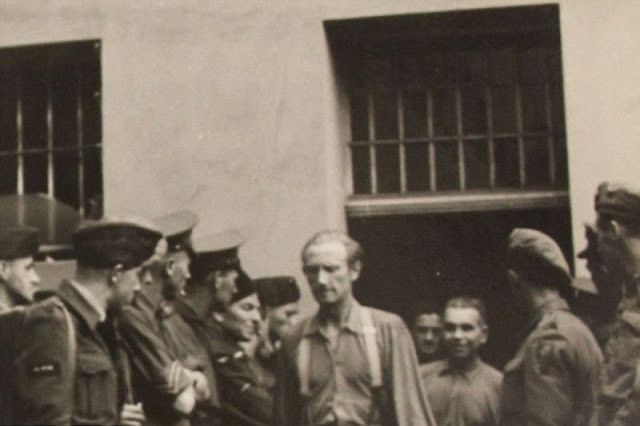 A group of men are marched out of the jail cells before two rows of Allied soldiers acting as prison guards. 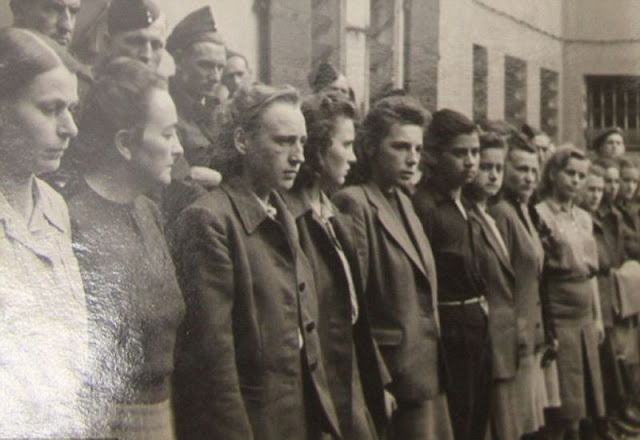 More than a dozen women, suspected of being complicit in war crimes, are displayed before a gathered crowd. 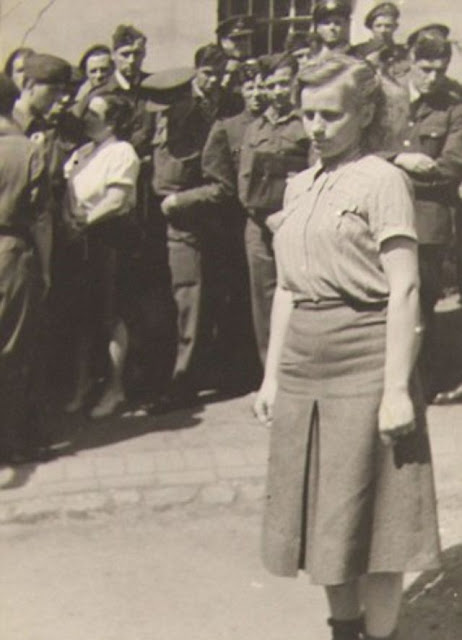 A woman is marched before gathered crowds during the war crimes trial held after the liberation of the Bergen-Belsen death camp. 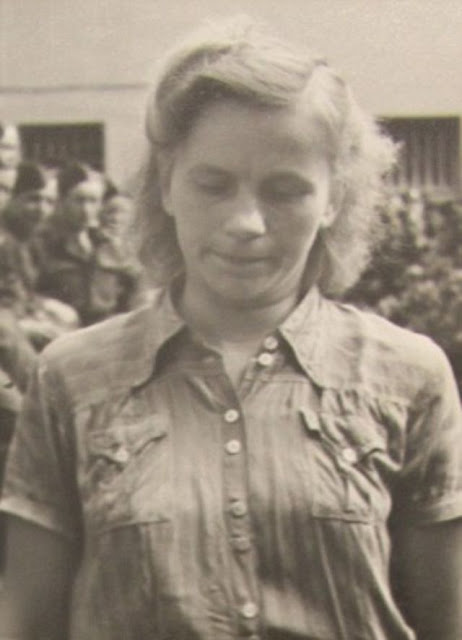 The unidentified prisoner was arrested after the liberation of Burgen-Belsen death camp. 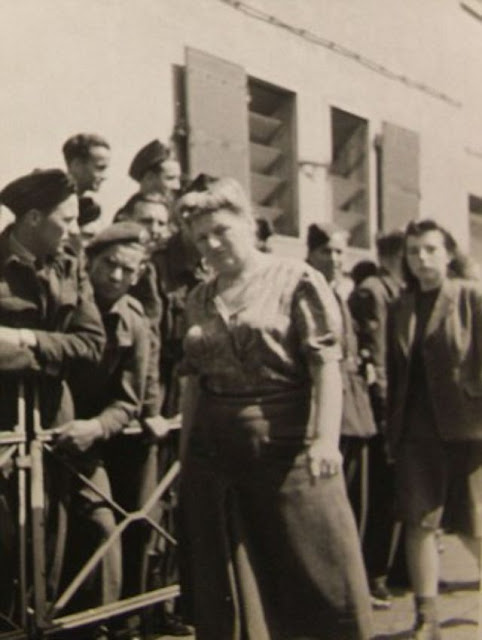 Pictured is an unidentified prisoner.