The Reverend Francis Patrick Mary Browne (1880-1960) was a distinguished Irish Jesuit and a prolific photographer. His best known photographs are those of the RMS Titanic and its passengers and crew taken shortly before its sinking in 1912.

In April 1912 he received a present from his uncle: a ticket for the maiden voyage of RMS Titanic from Southampton, England to Queenstown, Ireland, via Cherbourg, France. He traveled to Southampton via Liverpool and London, boarding the Titanic on the afternoon of 10 April 1912. He was booked in cabin no. A37 on the Promenade Deck. Browne took dozens of photographs of life aboard Titanic on that day and the next morning; he shot pictures of the gymnasium, the Marconi room, the first-class dining saloon, his own cabin, and of passengers enjoying walks on the Promenade and Boat decks. He captured the last known images of many crew and passengers, including Captain Edward J. Smith, gymnasium manager T.W. McCawley, engineer William Parr, Major Archibald Butt, and numerous third-class passengers whose names are unknown.

During his voyage on the Titanic, Browne was befriended by an American millionaire couple who were seated at his table in the liner's first-class dining saloon. They offered to pay his way to New York and back in return for Browne spending the voyage to New York in their company. Browne telegraphed his superior requesting permission, but the reply was an unambiguous "GET OFF THAT SHIP – PROVINCIAL".

Browne left the Titanic when she docked in Queenstown and returned to Dublin to continue his theological studies. When the news of the ship's sinking reached him, he realized that his photos would be of great interest, and he negotiated their sale to various newspapers and news cartels. They appeared in publications around the world. Browne retained the negatives. His most famous album has been described as the Titanic Album of Father Browne. 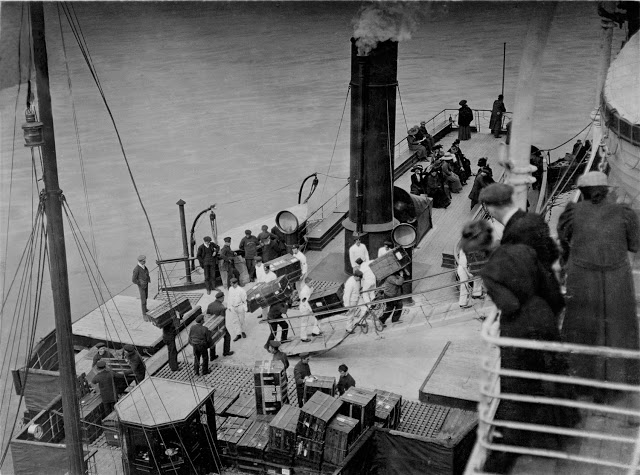 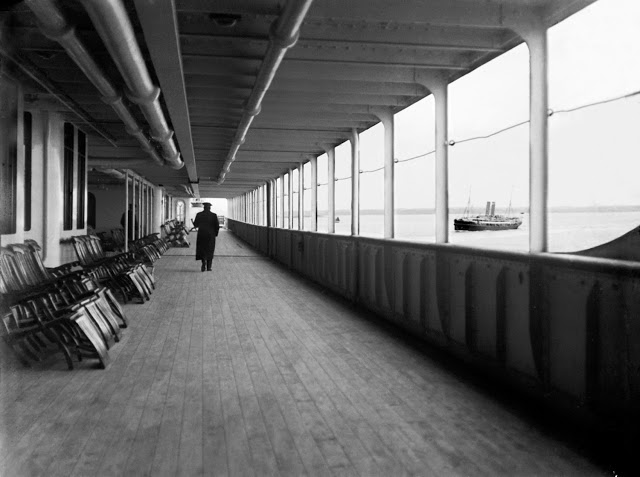 Promenade deck of the Titanic, after leaving Southampton and passing the Portuguese RMSP Tagus, 1912. 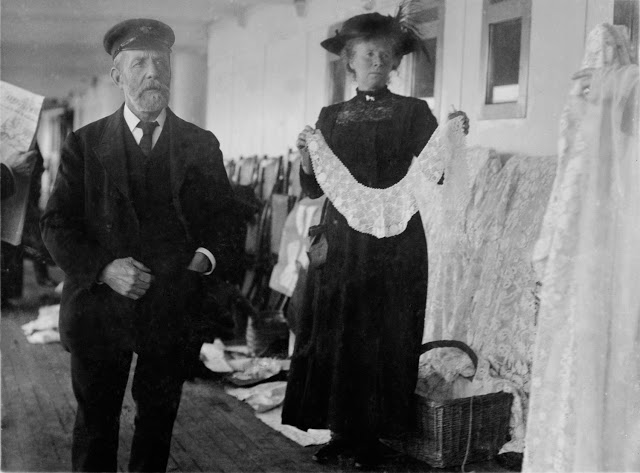 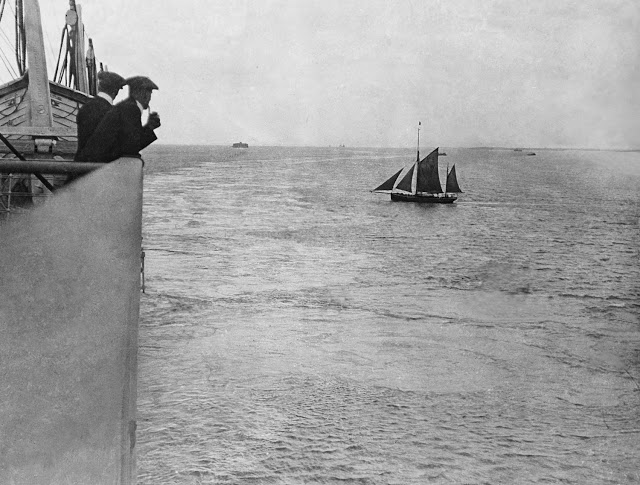 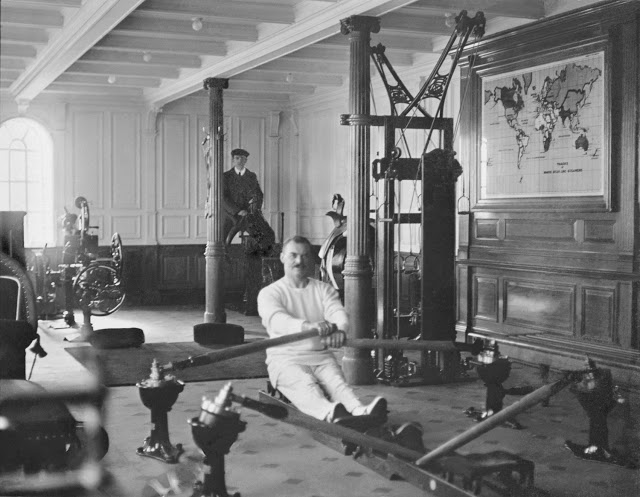 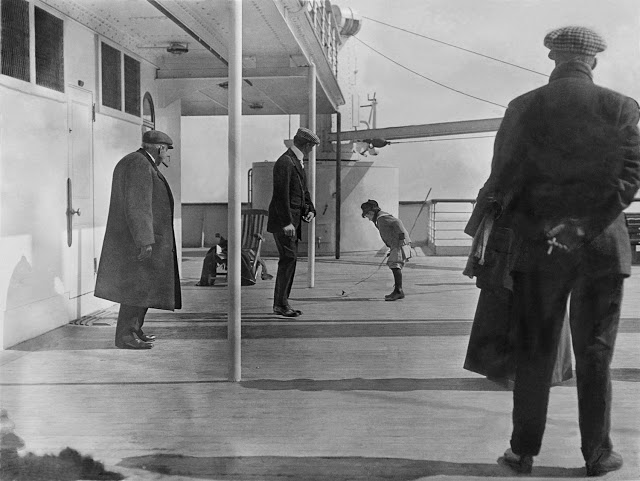 Doug Spedden playing on the deck of the Titanic, April 12 1912 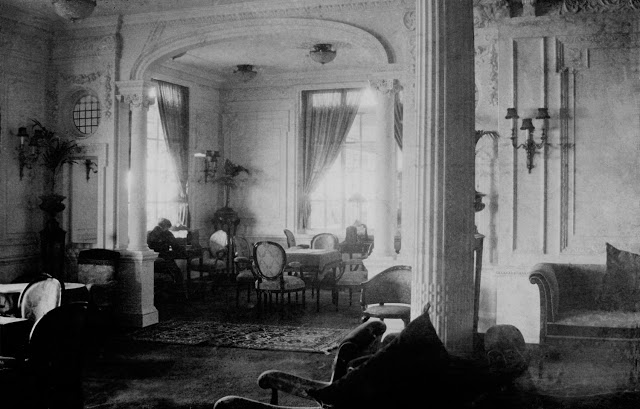 Reading and writing room aboard the Titanic, 1912. 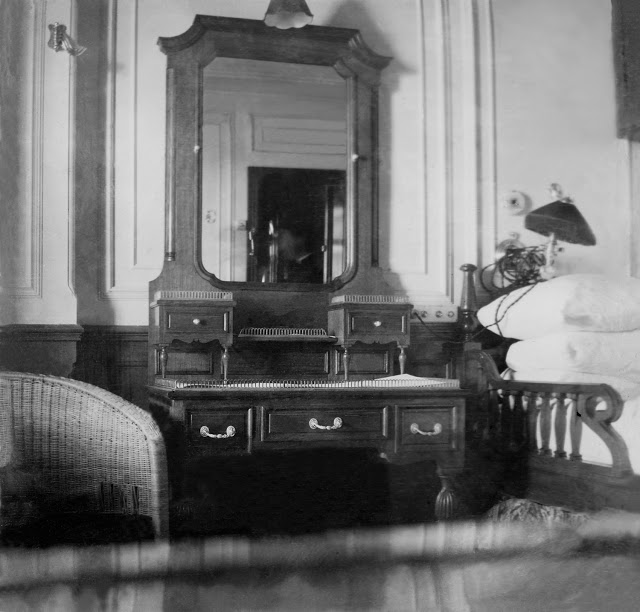 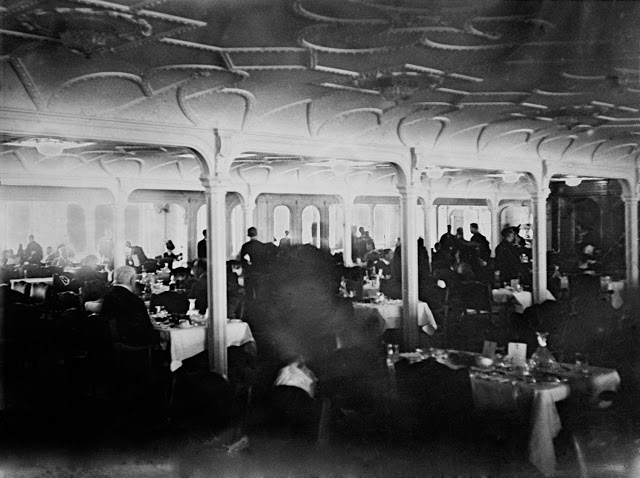 First-class dining room on the Titanic, 1912. 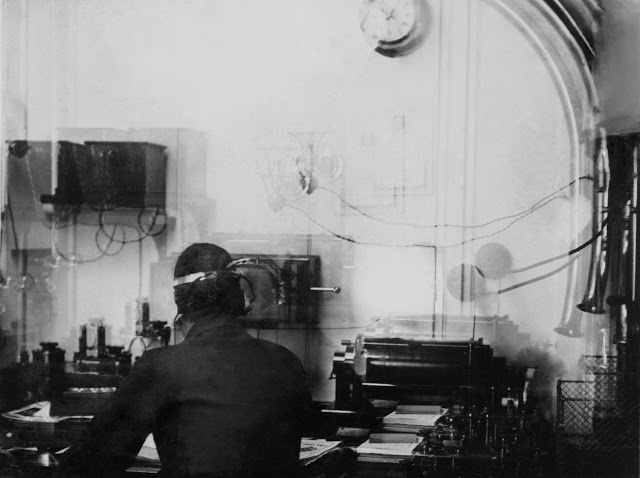 Wireless operator Harold Bride at work in the Marconi Room on the Titanic, 1912. 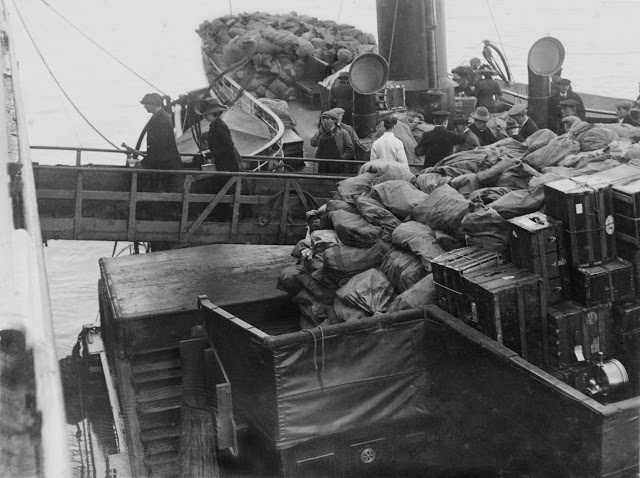 Mail bags and trunks being loaded onto the Titanic, April 11, 1912. 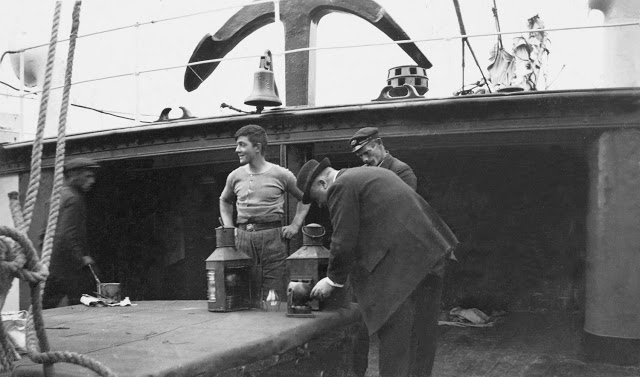 Inspection of signal lamps aboard a tender used to ferry passengers to the Titanic, 1912. 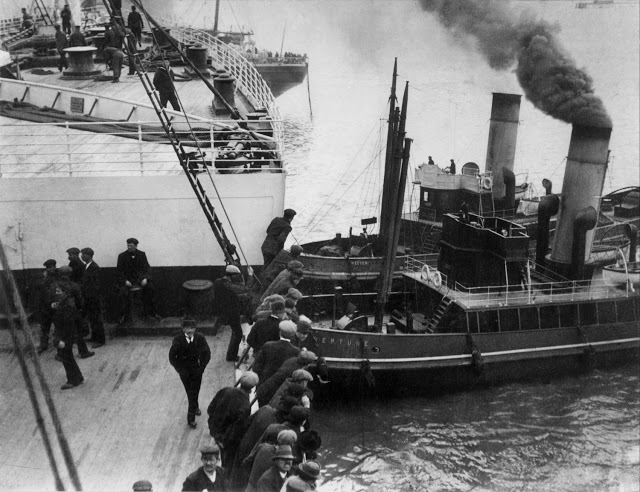 Tugs 'Hector' and 'Neptune' nudging the bow of the Titanic away from a near collision, 1912. 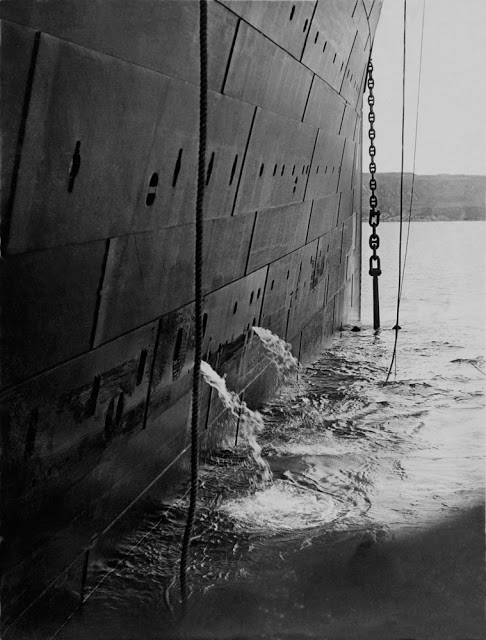 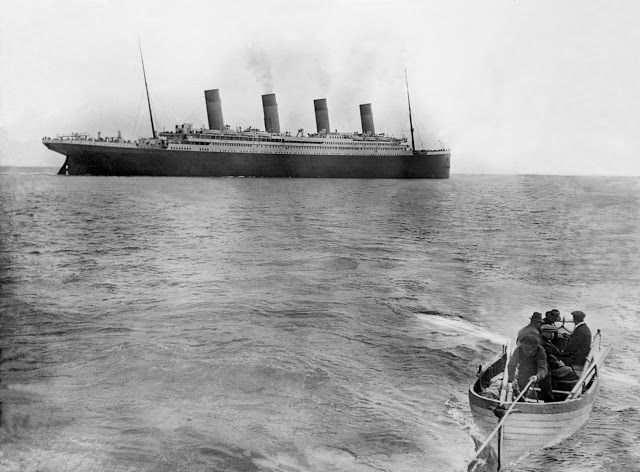