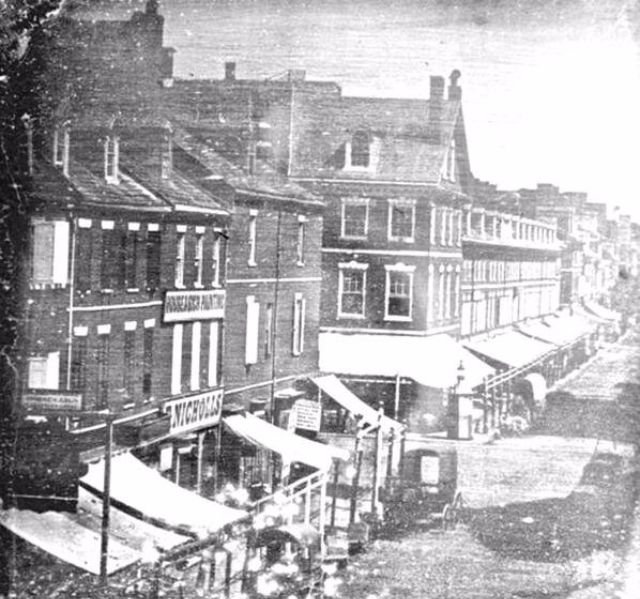 A view of 8th and Market streets downtown. It's one of the earliest photos of the city, courtesy of Free Library of Philadelphia. 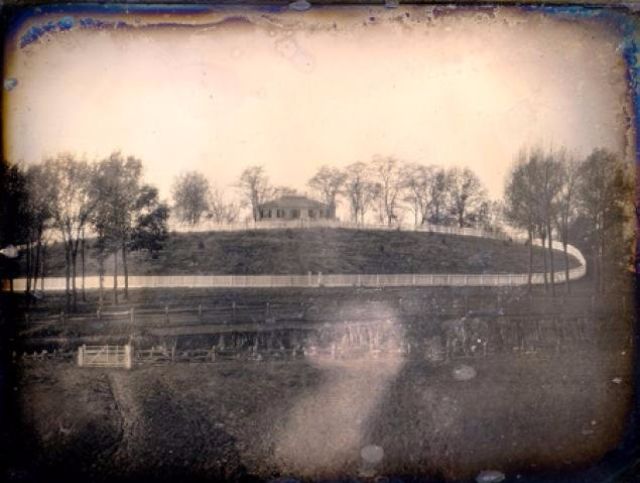 This home on the Upper West Side of Manhattan in a daguerreotype from 1848. 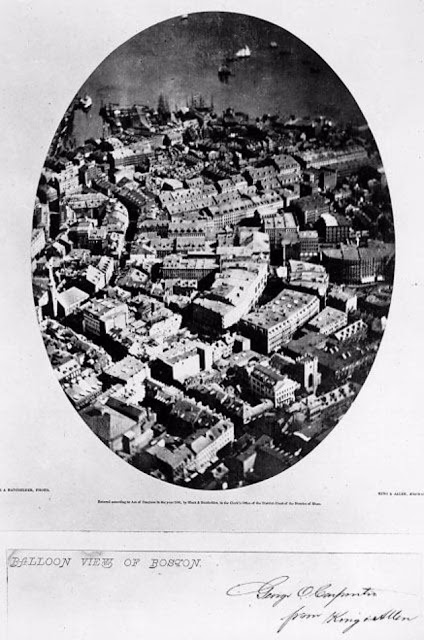 William Blake photographed this aerial view of Boston from a hot air balloon in 1860, courtesy of the Boston Public Library. It was the first successful aerial photographic effort in the U.S., according to the Air and Space Museum. 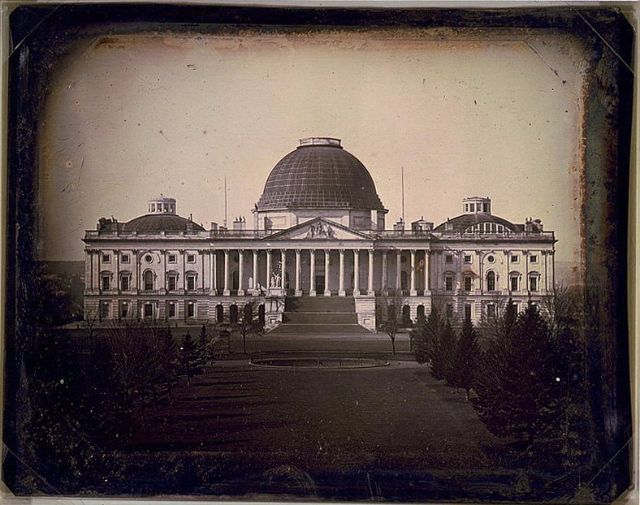 John Plumbe made a daguerreotype of the Capitol Building in 1846, according to the Library of Congress. 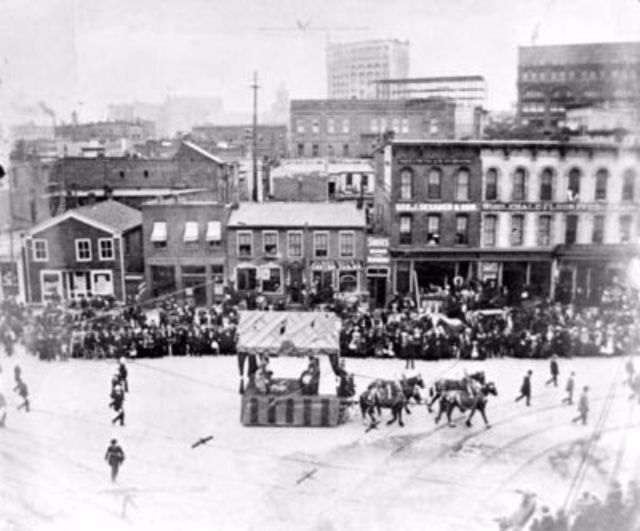 A view of Randolph Street in downtown Detroit from the 1890s, courtesy of the Walter P. Reuther Library. 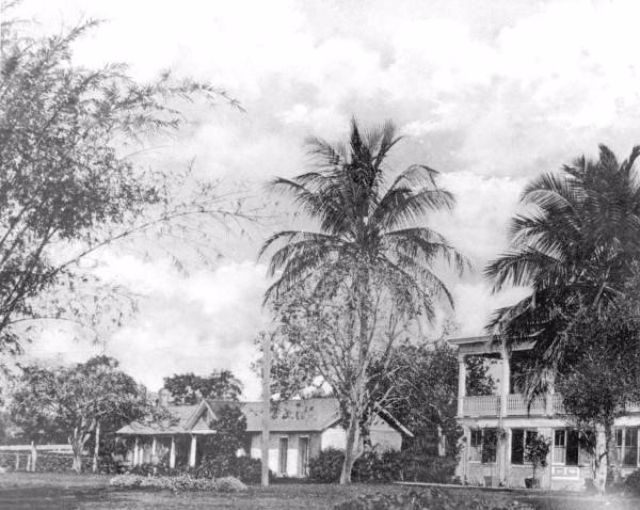 Gleason Waite Romer took this snapshot of Old Fort Dallas and the Seminole Club hotel in Miami in 1895. This photo comes from the State Archives of Florida. 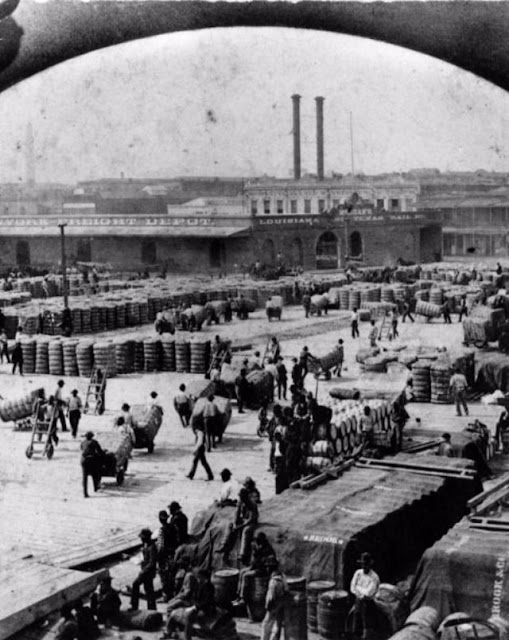 George F. Mugnier photographed a cotton shipment at a New Orleans dock in the 1880s, courtesy of the State Library of Louisiana. 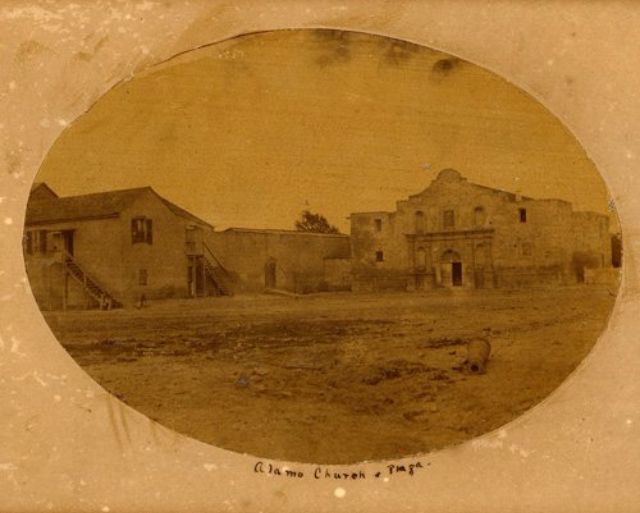 The earliest known photograph of the Alamo Church and Plaza in San Antonio comes from 1858, according to the Daughters of the Republic of Texas Library. 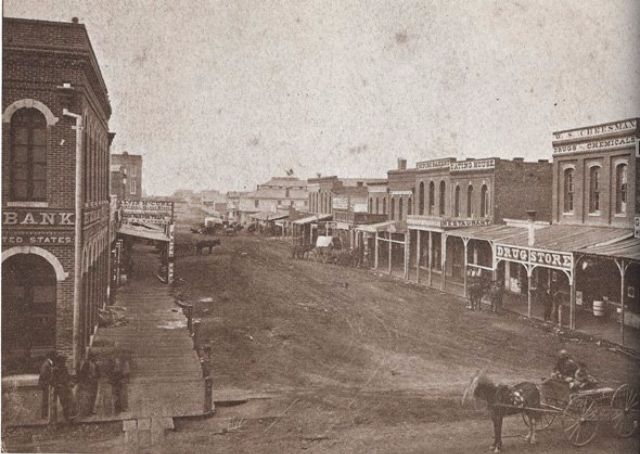 This is a view of downtown Denver's Blake Street in 1866 from the Denver Public Library.

This photograph of the First State Bank of Las Vegas, circa 1905, comes from the special collections at the library of the University of Nevada, Las Vegas. 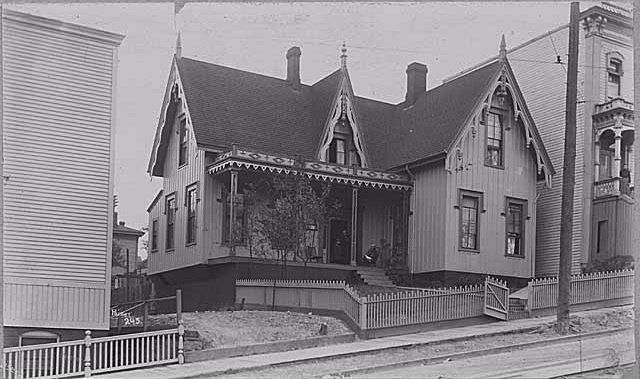 Charles Terry's residence on the northeast corner of James Street and Third Avenue in Seattle in 1865, courtesy of the Museum of History and Industry. The building later became Seattle's Public Safety Building. Theodore E. Peiser took the photograph. 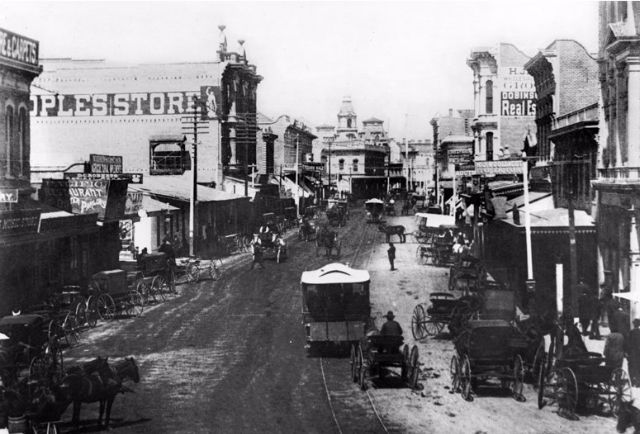 This is an early view of Spring Street in Los Angeles dating from 1870 - 1880, from the California Historical Society Collection at the University of Southern California.