The Fascinating Story of George Crum, Inventor of the Potato Chip in 1853

Every time a person crunches into a potato chip, he or she is enjoying the delicious taste of one of the world's most famous snacks – a treat that might not exist without the contribution of black inventor George Crum. 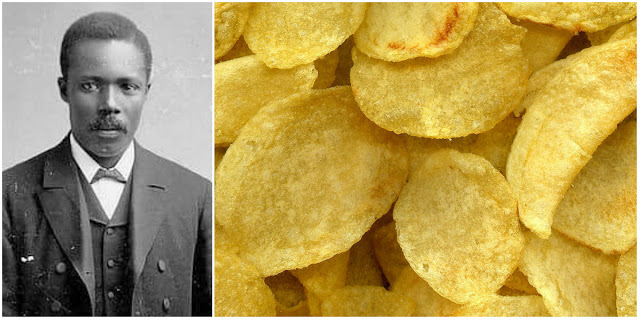 George Speck, also called George Crum was born on July 15, 1824 in Saratoga County in upstate New York. The son of an African-American father and a Native American mother, Crum was working as the chef in the summer of 1853 when he incidentally invented the chip.

In the summer of 1853, George Crum was employed as a chef at an elegant resort in Saratoga Springs, New York. On Moon Lake Lodge's restaurant menu were French-fried potatoes, prepared by Crum in the standard, thick-cut French style that was popularized in 1700s France and enjoyed by Thomas Jefferson as ambassador to that country. Ever since Jefferson brought the recipe to America and served French fries to guests at Monticello, the dish was popular and serious dinner fare.

At Moon Lake Lodge, one dinner guest found chef Crum's French fries too thick for his liking and rejected the order. Crum cut and fried a thinner batch, but these, too, met with disapproval. Exasperated, Crum decided to rile the guest by producing French fries too thin and crisp to skewer with a fork. The plan backfired. The guest was ecstatic over the browned, paper-thin potatoes, and other diners requested Crum's potato chips, which began to appear on the menu as Saratoga Chips, a house specialty. 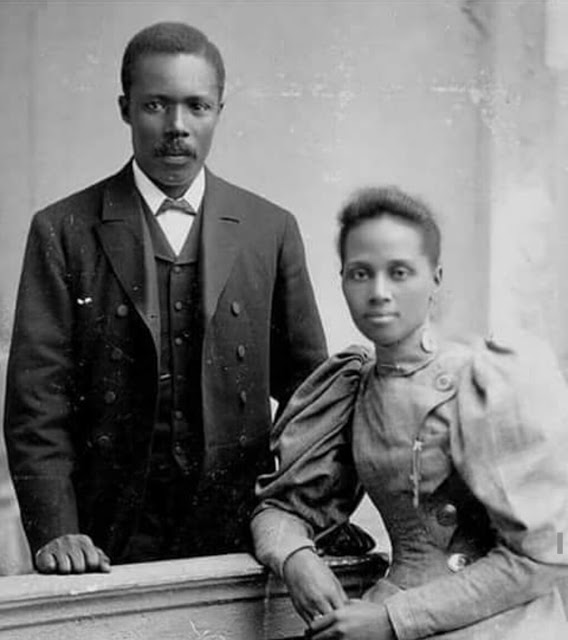 Portrait of a George Crum with his wife, Kate.

In 1860 George opened his own restaurant in a building on Malta Avenue near Saratoga Lake, and within a few years was catering to wealthy clients including William Vanderbilt, Cornelius Vanderbilt, Jay Gould, and Henry Hilton. His restaurant closed around 1890 and he died in 1914 at the age of 92.

The idea of making them as a food item for sale in grocery stores came to many people at around the same time, but perhaps the first was William Tappendon of Cleveland, OH, in 1895. He began making chips in his kitchen and delivering to neighborhood stores but later converted a barn in the rear of his house into "one of the first potato chip factories" in the country.

At that time, potatoes were tediously peeled and sliced by hand. It was the invention of the mechanical potato peeler in the 1920s that paved the way for potato chips to soar from a small specialty item to a top-selling snack food. For several decades after their creation, potato chips were largely a Northern dinner dish. 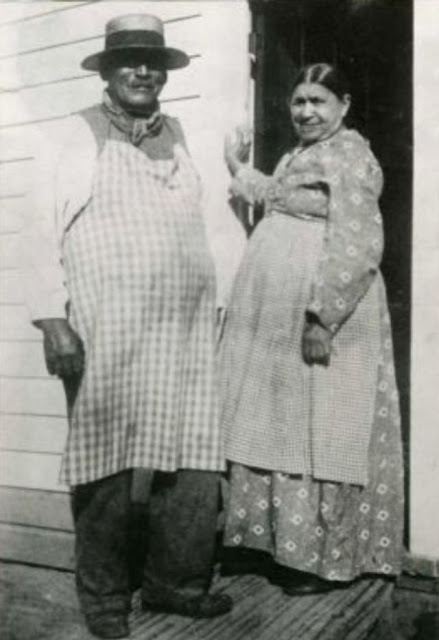 George and his wife Kate.

In 1921, Bill and Sallie Utz started the Hanover Home Brand Potato Chips in Hanover, Pennsylvania. Salie Utz used her knowledge of good Pennsylvania Dutch cooking to make the chips in a small summer house behind their home. The hand-operated equipment Salie used made about fifty pounds of potato chips per hour. While Salie stayed home making chips, Bill delivered them to "mom and pop" grocery stores and farmer's markets in the Hanover, PA and Baltimore, MD area.

Out in Monterey Park, California the Scudders company started making potato chips in 1926. Laura Scudder is credited with developing the wax paper bag for potato chips which made a wider distribution possible because of its preserving properties. Prior to this bag potato chips were dispensed in bulk from barrels or glass display cases.

In 1932, Herman Lay founded Lay's in Nashville, Tenn., which distributed potato chips from a factory in Atlanta, Ga. Herman Lay, a traveling salesman in the South, helped popularize the food from Atlanta to Tennessee. Lay peddled potato chips to Southern grocers out of the trunk of his car, building a business and a name that would become synonymous with the thin, salty snack. Lay's potato chips became the first successfully marketed national brand. 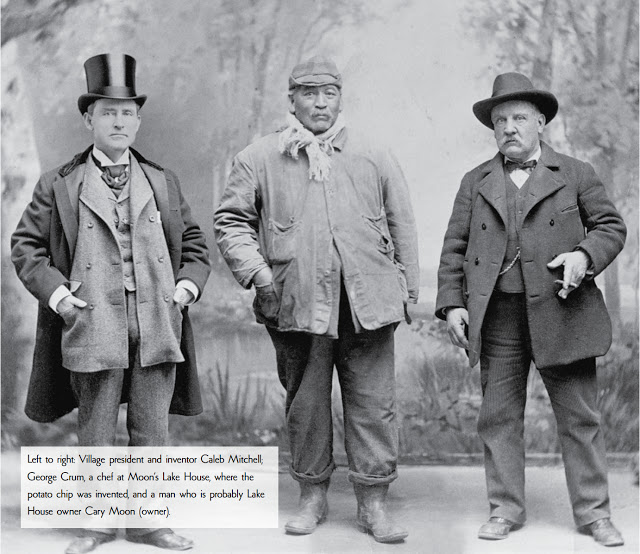 The industry that George Crum launched in 1853 continues to grow and prosper. Potato chips have become America's favorite snack. U.S. retail sales of potato chip are over $6 billion a year. In 2003 the U.S. potato chip industry employed more than 65,000 people.