These incredible photographs were colorized by British colorization specialist Royston
Leonard. The remarkable pictures show the group during the 1920s, with some of the leaders
meeting with then American president, Calvin Coolidge, at the White House.

Despite being granted full citizenship in 1924, not all Native Americans were granted the
right to vote until 1957 due to discriminatory state laws which used a variety of excuses
to prevent members of tribes from fully exercising their rights

The Indian Citizenship Act of 1924, also known as the Snyder Act, was proposed by
Representative Homer P. Snyder (R) of New York and granted full U.S. citizenship to the
indigenous peoples of the United States, called "Indians" in this Act.

While the Fourteenth Amendment to the United States Constitution defined as citizens any
person born in the U.S., the amendment had been interpreted to restrict the citizenship
rights of most Native people. The act was signed into law by President Calvin Coolidge on
June 2, 1924. It was enacted partially in recognition of the thousands of Indians who
served in the armed forces during World War I. 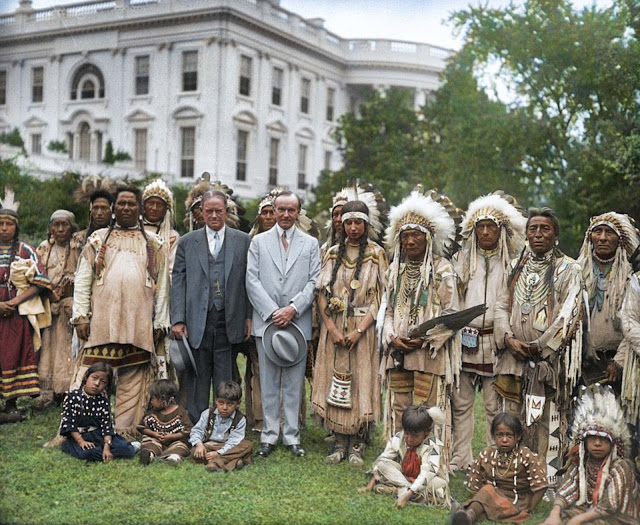 Pictured is President Calvin Coolidge with a group of Native Americans on the White
House lawn. 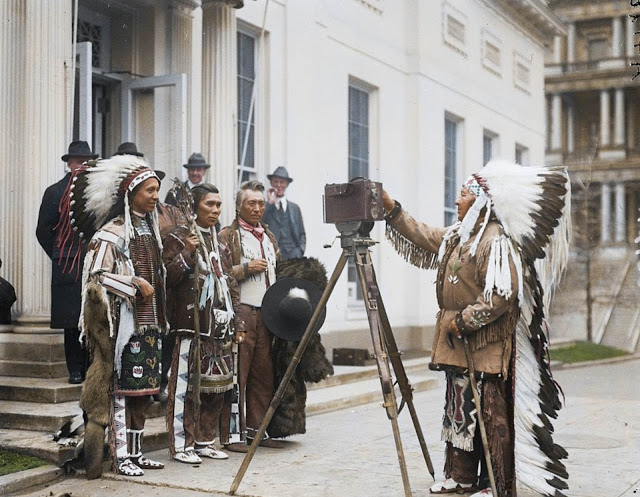 Native Americans, pictured here at the White House in traditional dress, were only
granted full US citizenship in 1924 by the then President Calvin Coolidge, who was later
granted honorary tribal membership by Sioux Chief Henry Standing Bear. 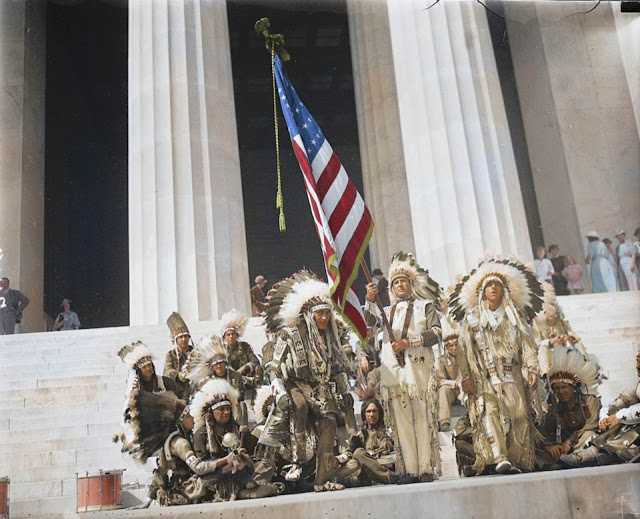 A group of Native American men wearing their traditional attire while raising the
Stars and Stripes at the Lincoln Memorial in 1936, 12 years after President Calvin
Coolidge granted them US citizenship. 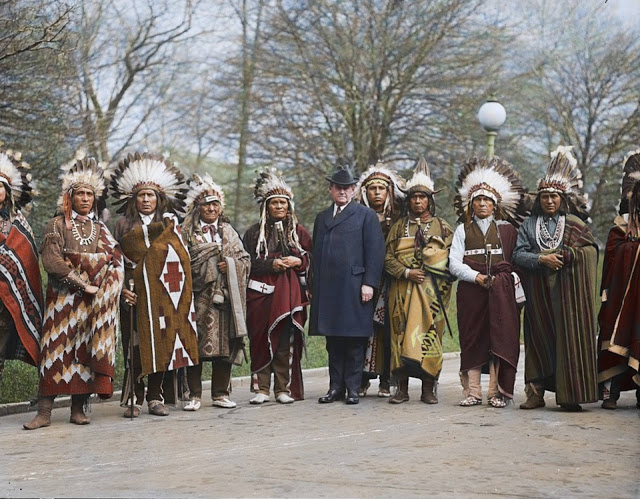 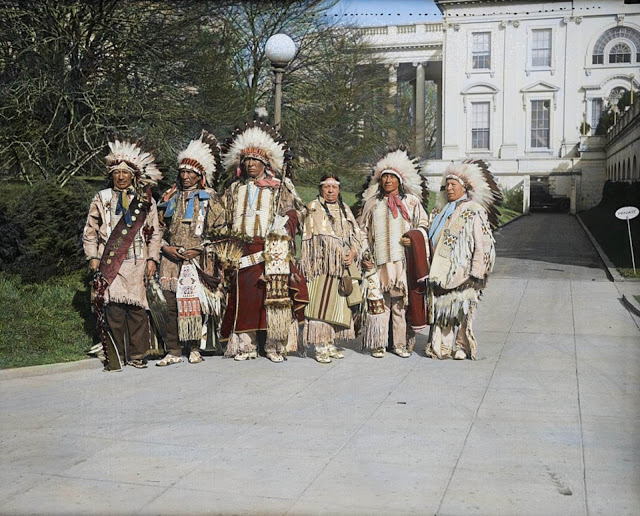 Native Americans at the White House, circa 1929. 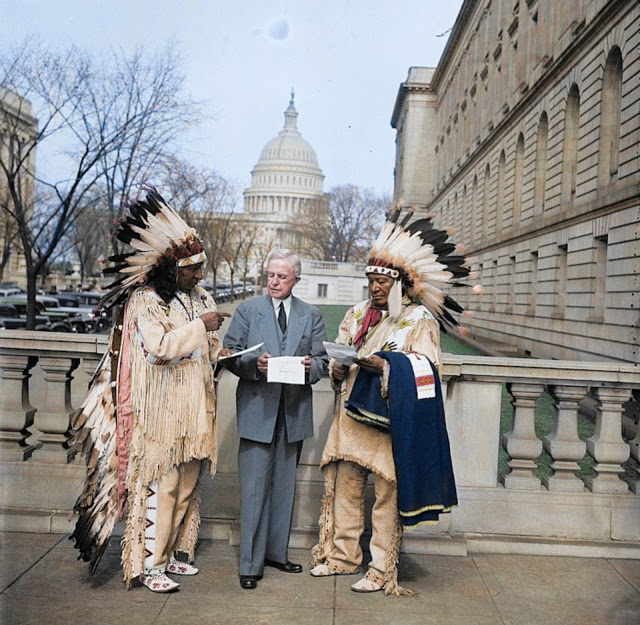 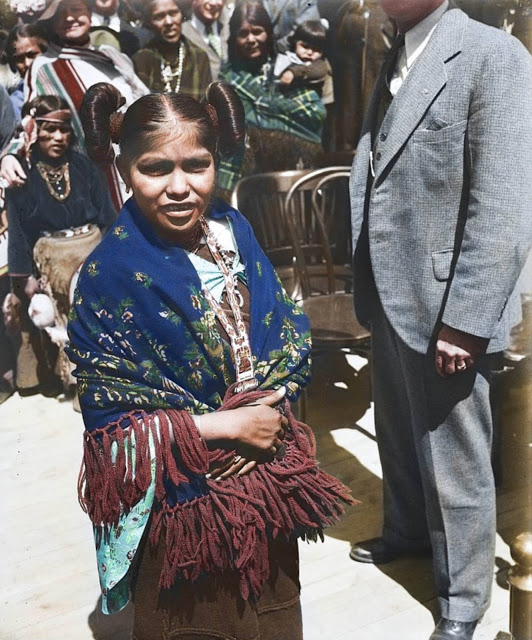 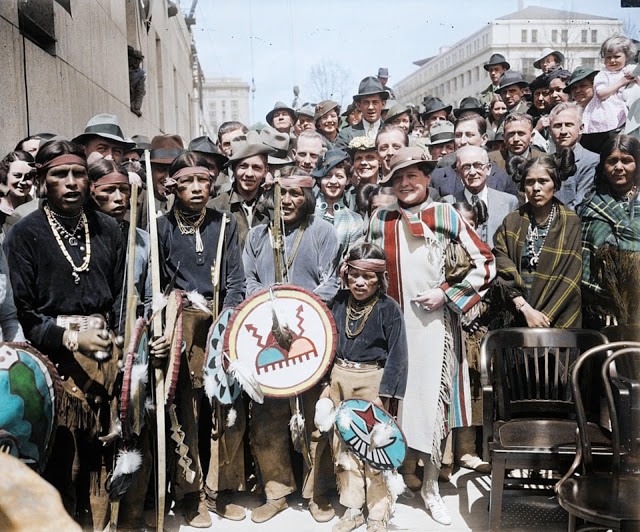 This remarkable photograph shows Native American men, women, and children in
Washington D.C., to speak to President Coolidge. In 1924, Coolidge signed the Indian
Citizenship Act, granting citizenship to indigenous people. Well-deserved: they had been
in the country for generations before the “Americans” who automatically receive
citizenship at birth. 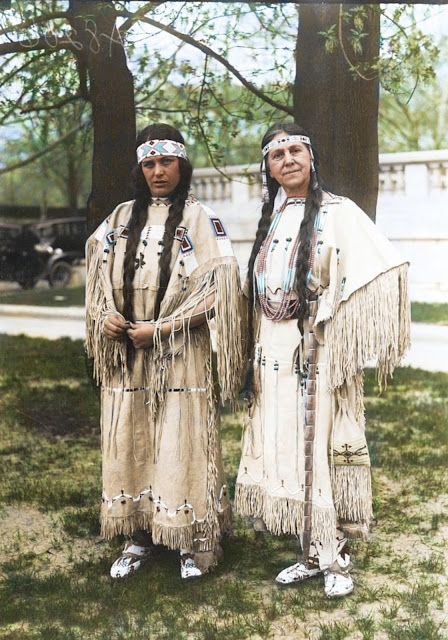 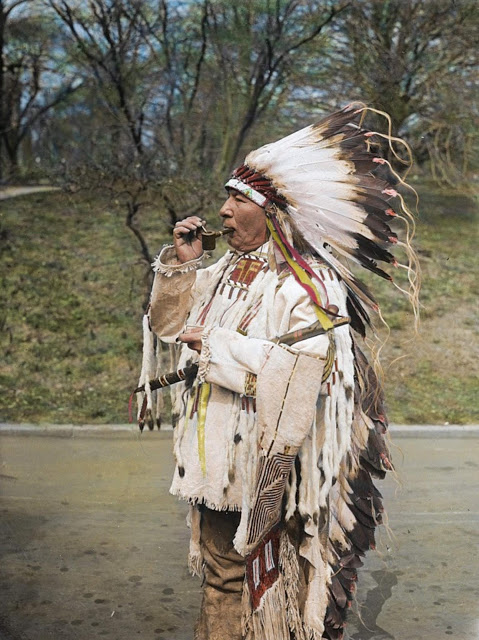 This Native American elder was photographed around 1925. 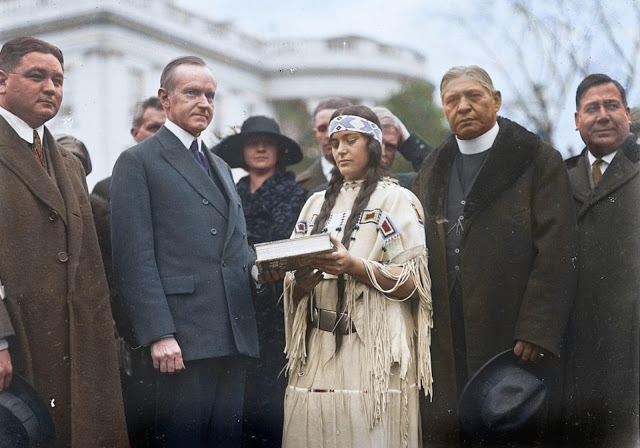 This Native American woman, center is meeting US President Calvin Coolidge in 1923 in
advance of the Indian Citizenship Act. 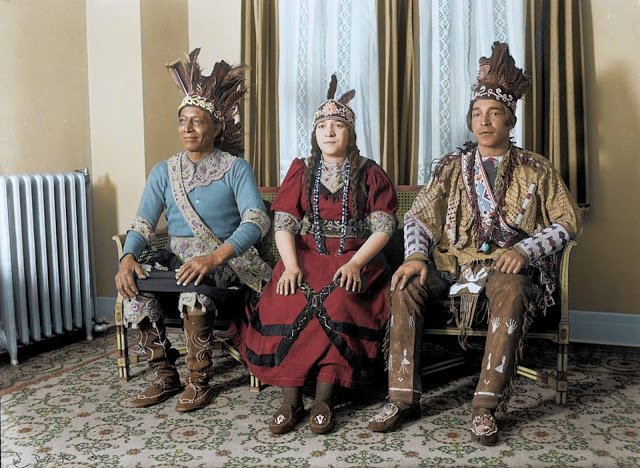 Posted by Yesterday Today at 10:32 AM