They stand in front of the gates leading to the trains, deep in each other’s arms, not caring who sees or what they think. 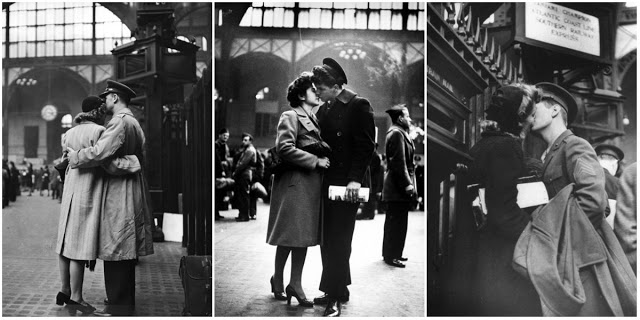 Each goodbye is a drama complete in itself. Sometimes the girl stands with arms around the boys’ waist, hands tightly clasped behind. Another fits her head into the curve of his cheek while tears fall onto his coat. Now and then the boy will take her face between his hands and speak reassuringly. Or if the wait is long they may just stand quietly, not saying anything. The common denominator of all these goodbyes is sadness and tenderness, and complete oblivion for the moment to anything but their own individual heartaches.

The photos here, made by LIFE photographer’s Alfred Eisenstaedt in April 1943 at the height of the Second World War, capture true romance — its agonies, its resilience — in ways that pictures filled with sweetness and light never could. Yes, of course, the emotions on display are clearly heightened by the fact that some of these young men, bidding their sweethearts farewell, might never return from the war. 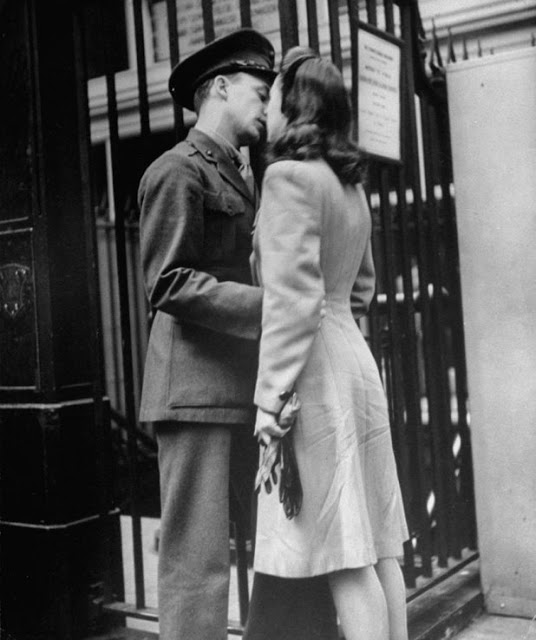 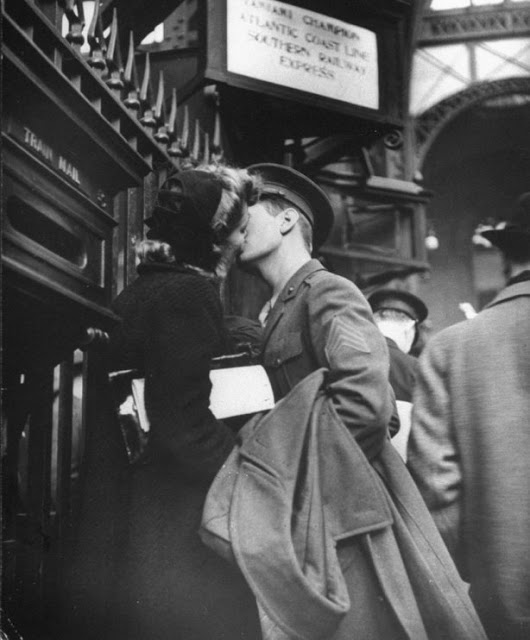 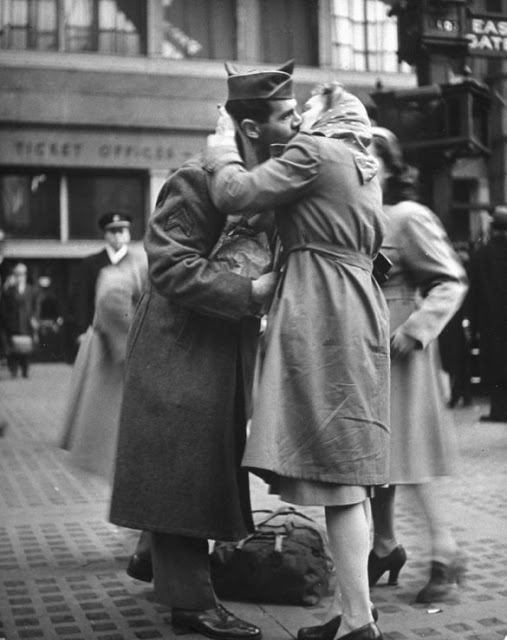 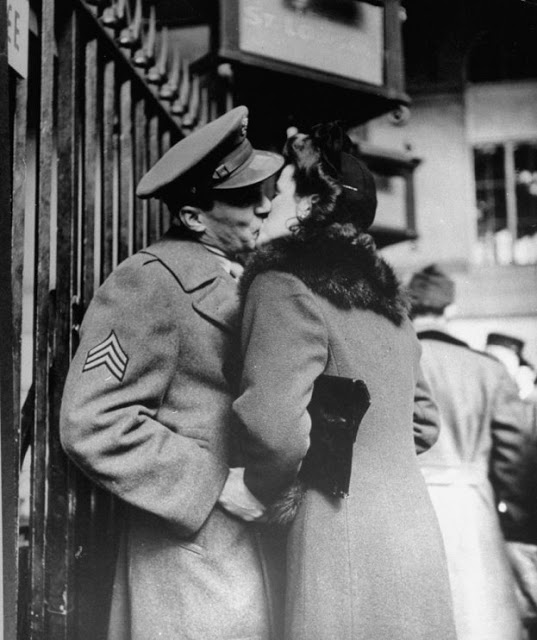 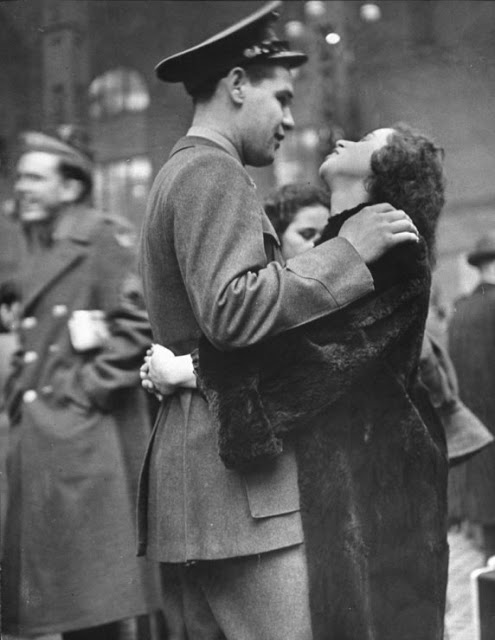 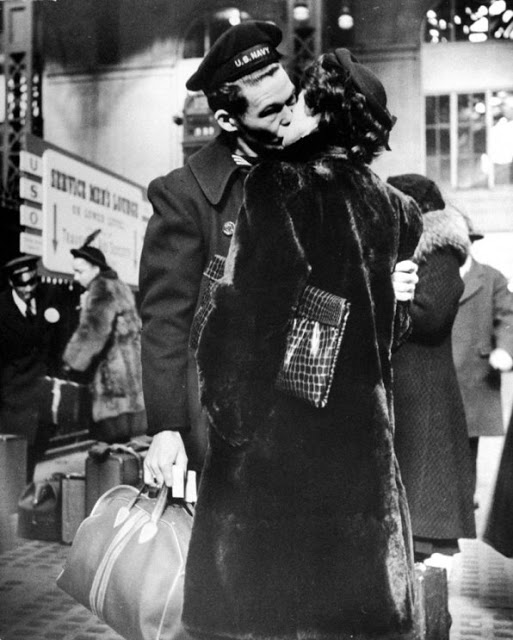 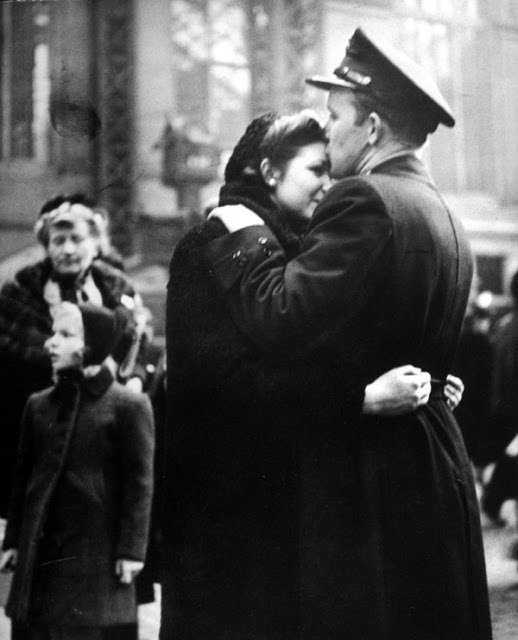 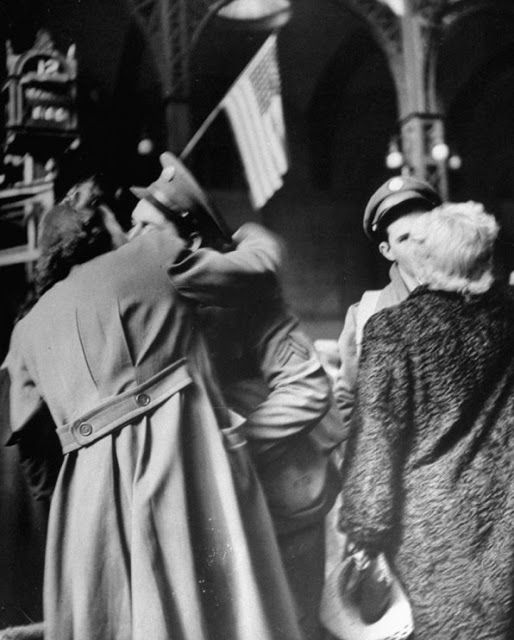 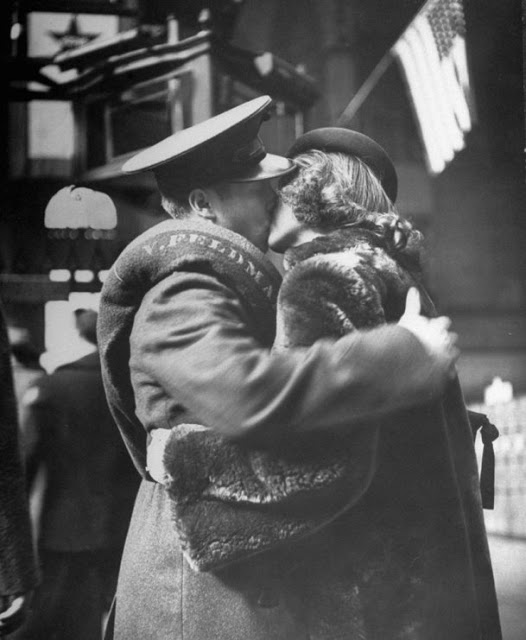 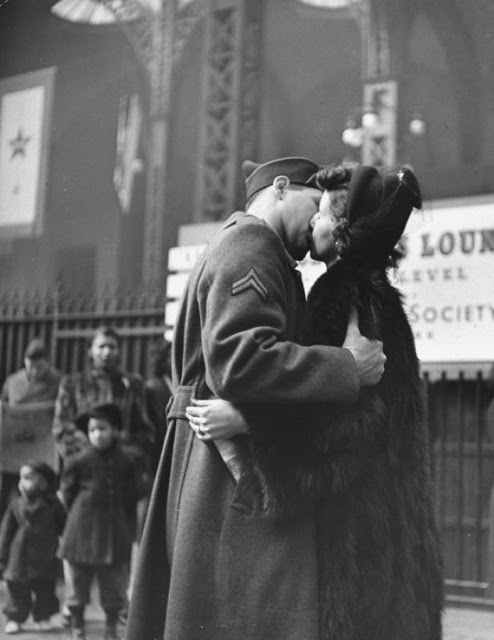 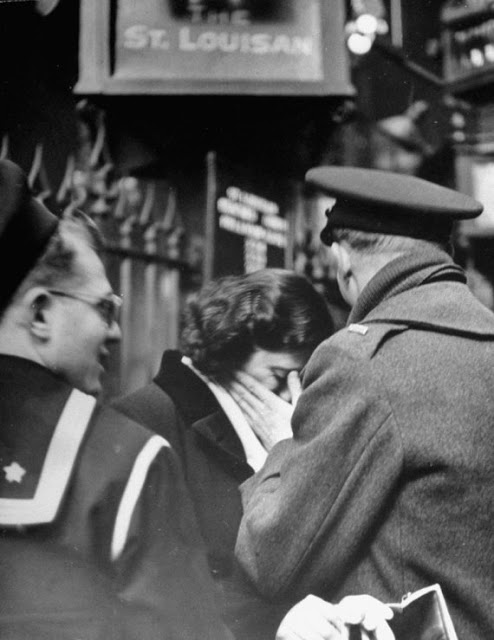 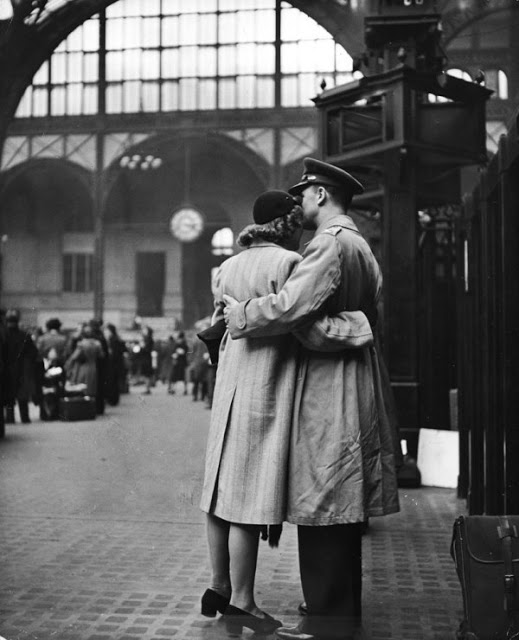 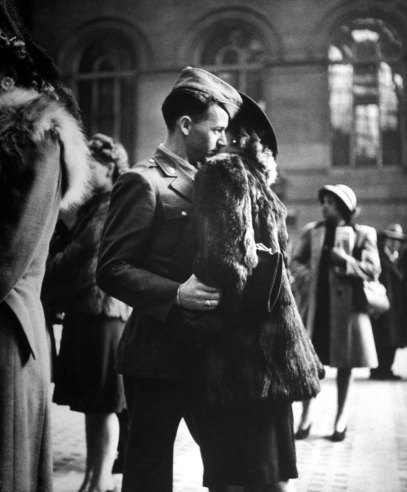 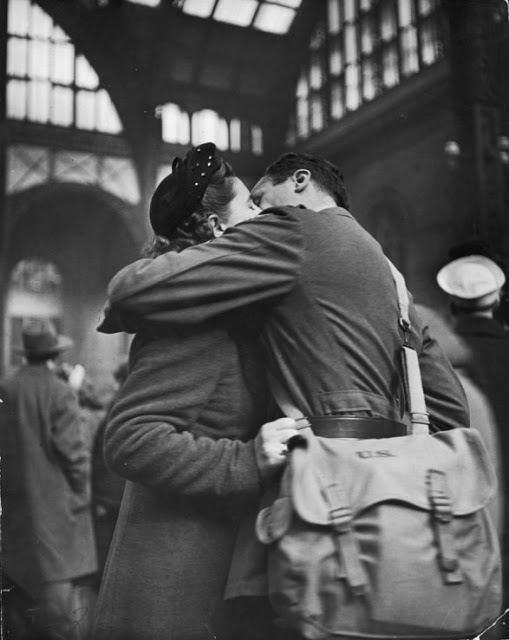 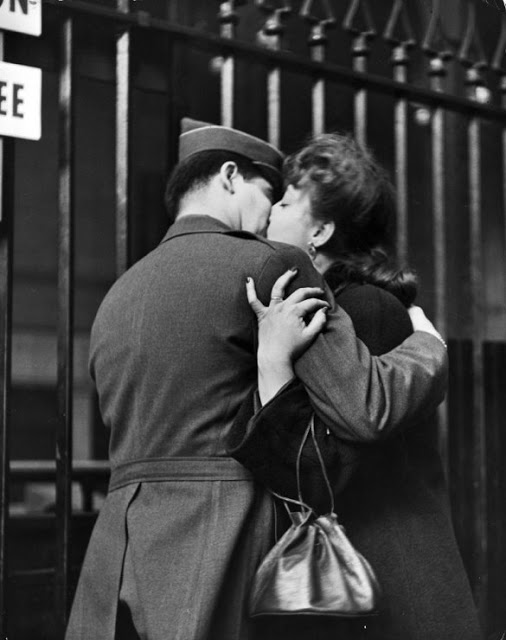 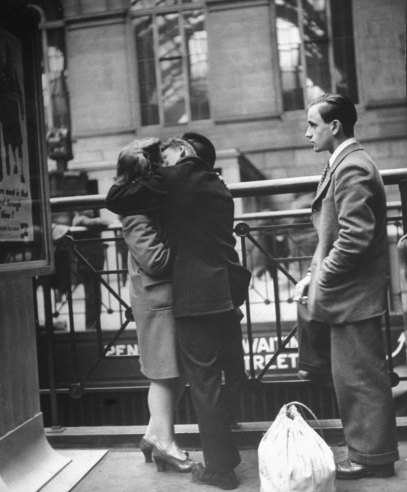 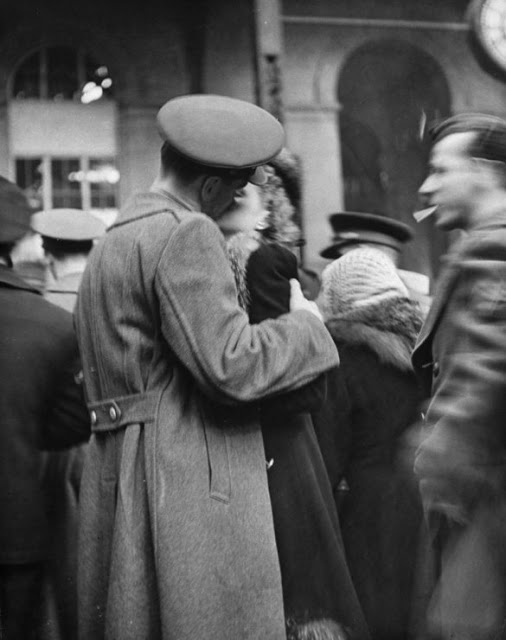 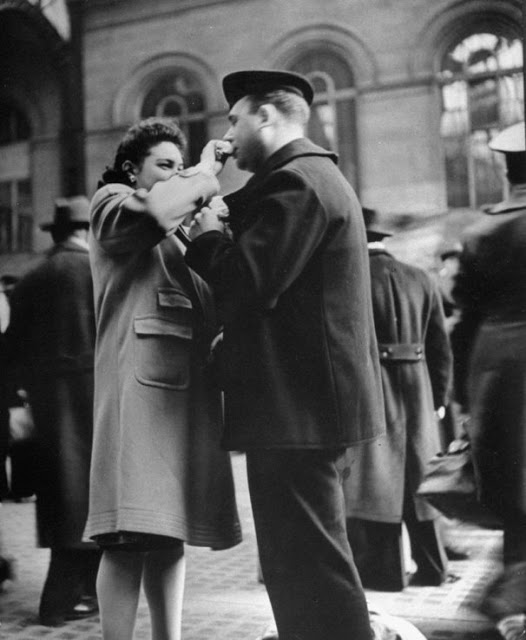 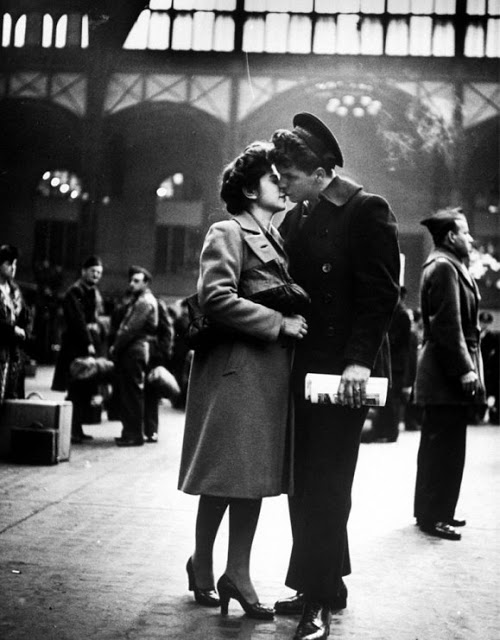 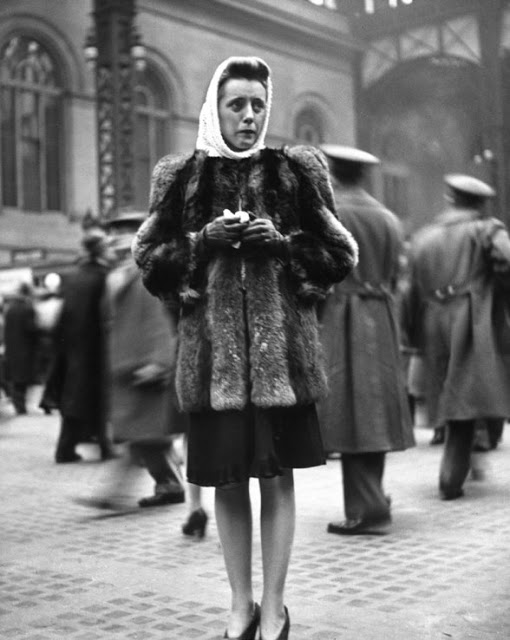