When Margaret Gast made her first attempt at conquering the Monodrome (a.k.a. 'The Wall of Death') back in the early 1900s, no one would have dreamed of sporting the pink leather chaps or high-healed riding boots found in modern motorbike dealerships.

In fact, it would not be until the age of disco when a women named Kerry Kleid fought for her right to race that the AMA gave out its first professional license to a female rider. It probably didn't hurt that she had a reputation of being able to wheelie whatever she was riding...

Those pioneering women of motorcycle stunt might just say that girls like Tena "Stunt Blondie" Colbert, JoJo Farmer or Suzanne "Gixxie" Hamilton have it too easy these days. But the truth is, these girls are still raising their front wheels in a largely male dominated sport.

Below is a small collection of some of amazing vintage photos of early female motorcycle stunt riders. 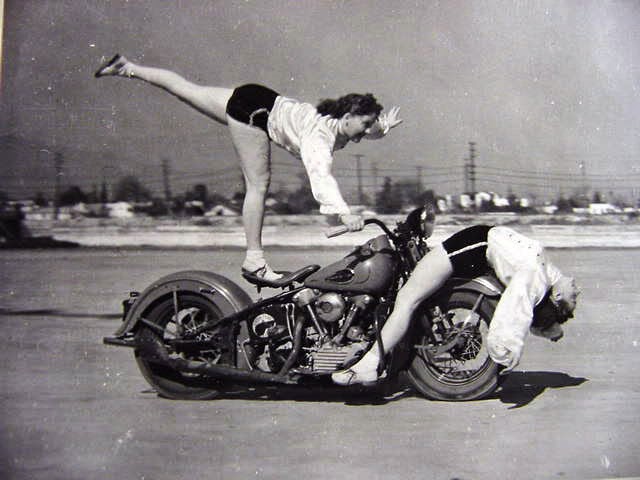 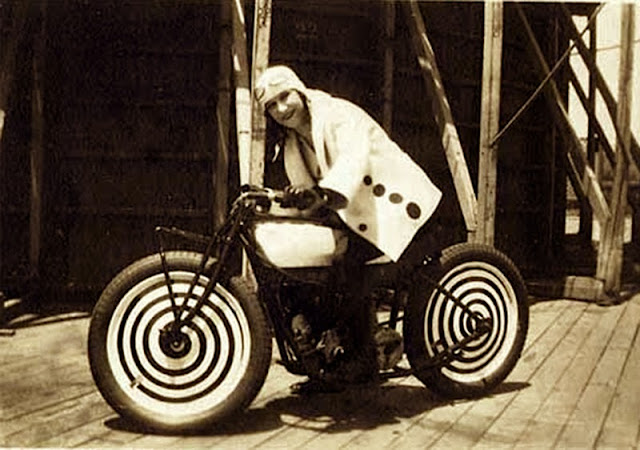 Lillian La France was one of the first, and also one of the most popular, female Wall of Death riders of the 1920s & ’30s. 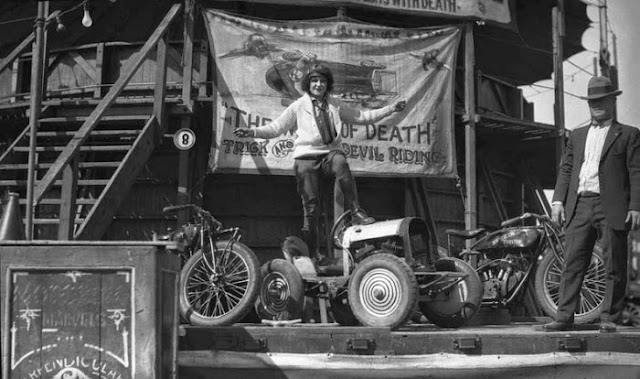 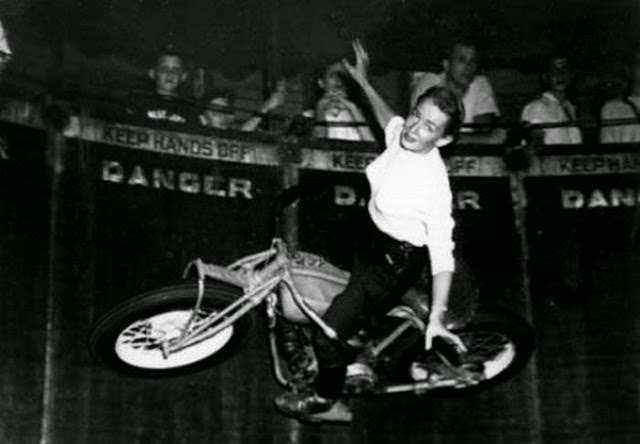 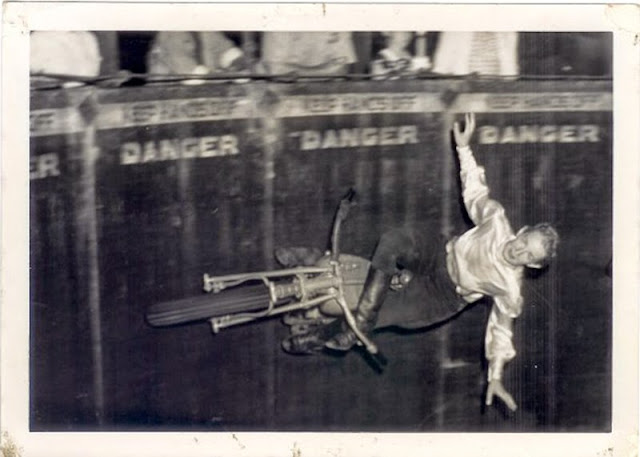 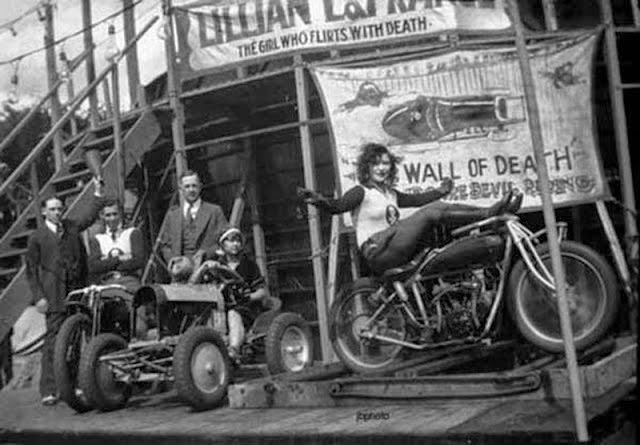 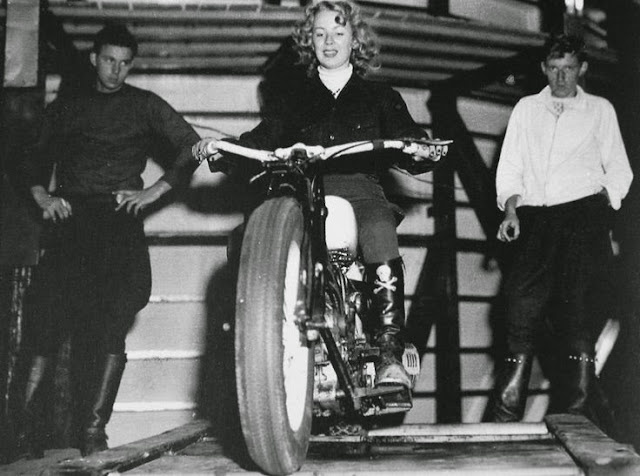 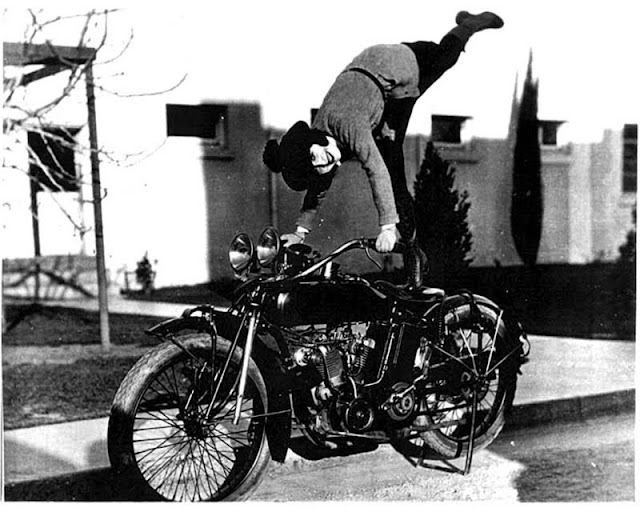 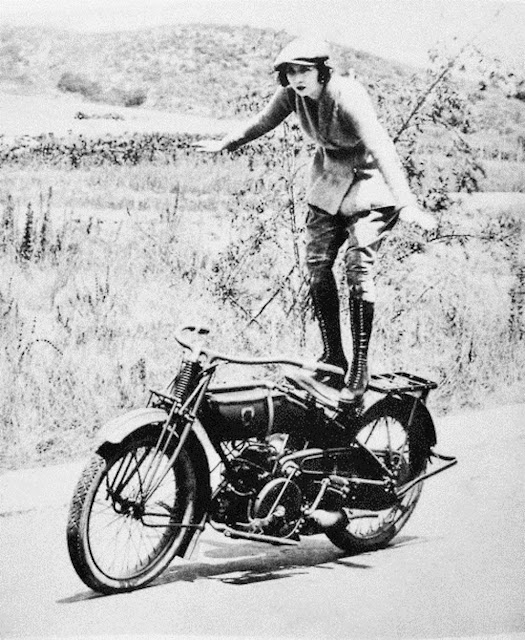 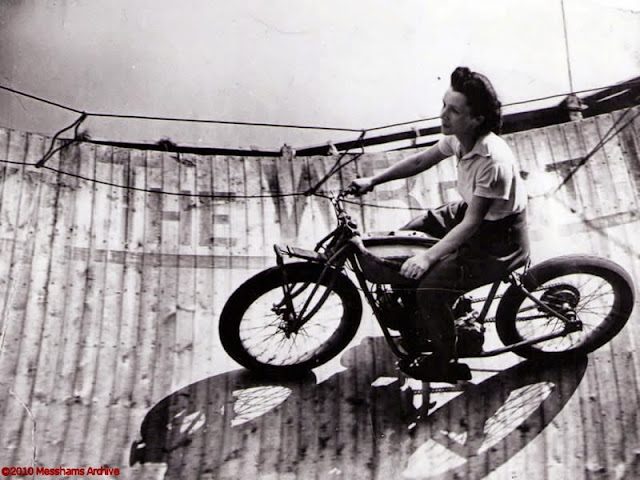 Posted by Yesterday Today at 12:02 PM