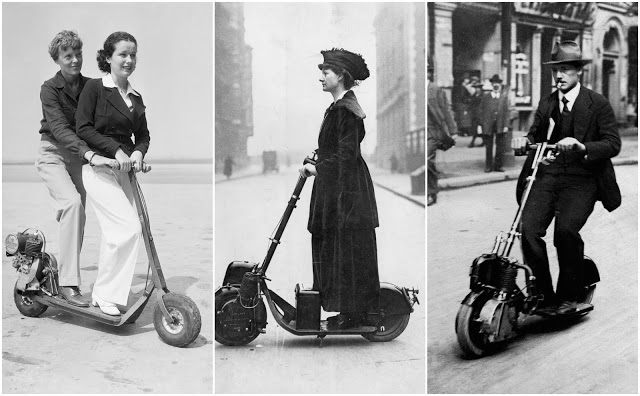 The Autoped was an early motor scooter or motorized scooter manufactured by the Autoped Company of Long Island City, New York from 1915 to 1921.

After riding, the steering column would be folded onto the platform to store the scooter more easily. The engine was an air-cooled, 4-stroke, 155 cc engine over the front wheel. The bike came with a headlamp and tail lamp, a Klaxon horn, and a toolbox. Developed during wartime and gasoline rationing, it was quite efficient, but was not widely distributed. An electric version was also available with a motor on the front wheel.

A patent for the Autoped as a “self-propelled vehicle” was applied for in July 1913 and granted in July 1916. An early description of the Autoped described it as having a hollow steering column that acted as the fuel tank. However, the production version had a fuel tank above the front mudguard.

The Autoped went out of production in the United States in 1921, but was manufactured by Krupp in Germany from 1919 to 1922.

During the 1930s, scooters were introduced to a new market as the ideal mode of transport at large, sprawling military bases. Ironically, the era of the scooter truly began after the war — a direct result of fuel rationing. 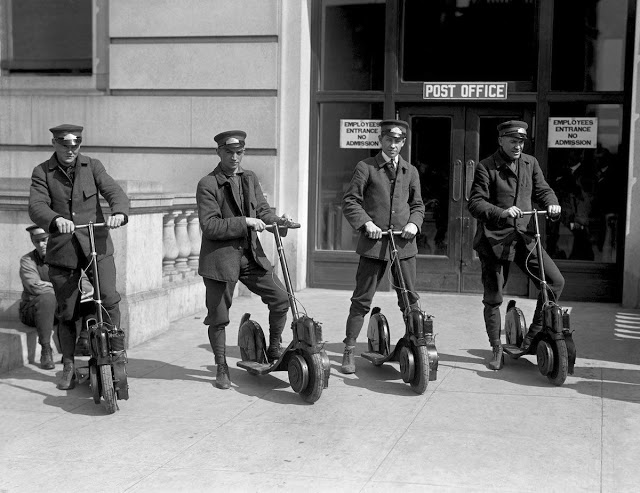 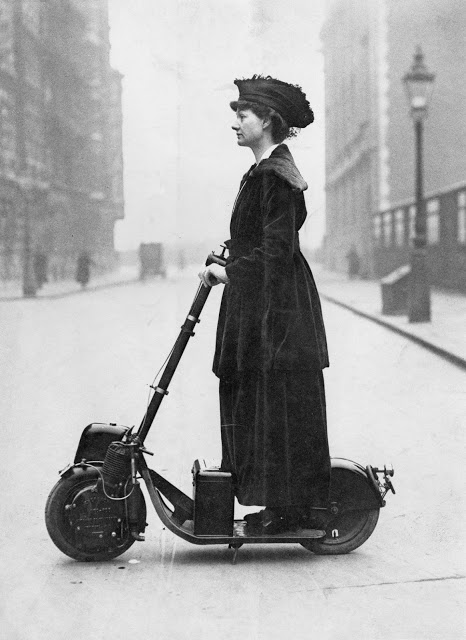 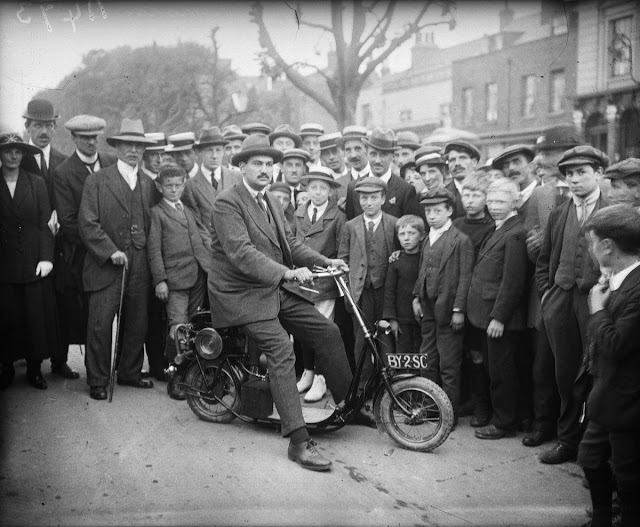 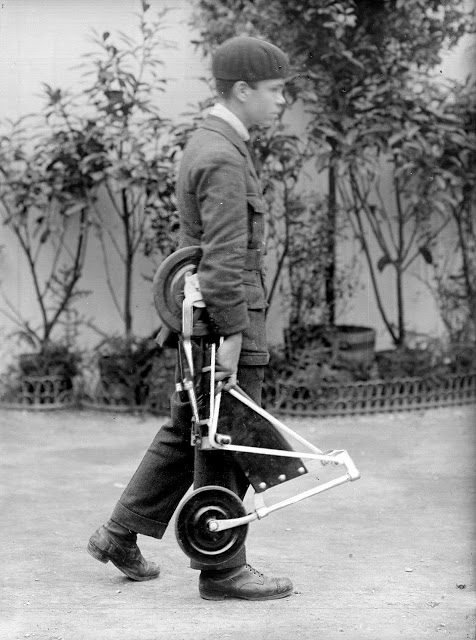 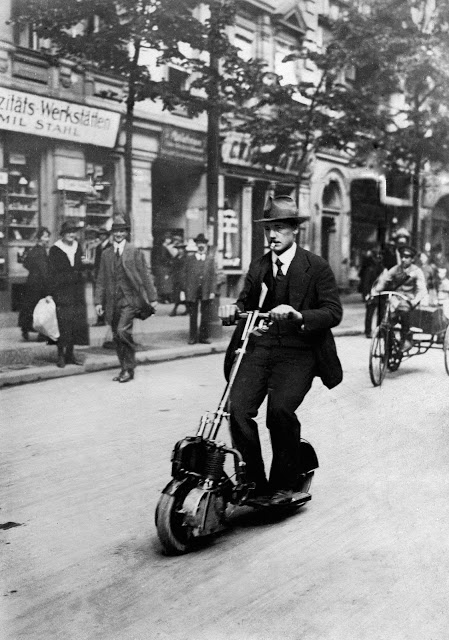 A man driving one of the first models of scooters, c.1920. 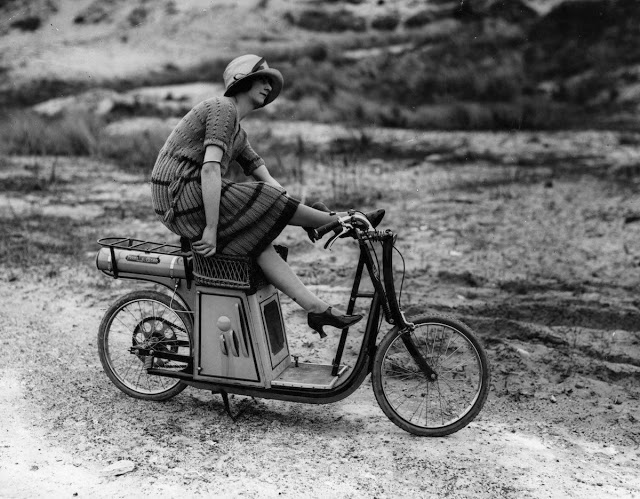 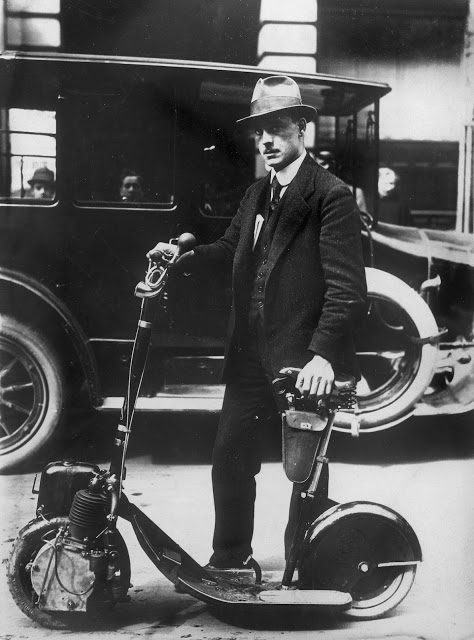 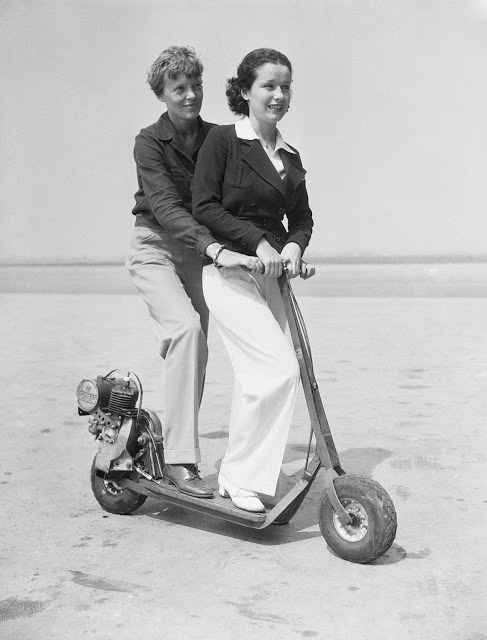 Built for use around the airports, this electric scooter attracted the attention of Amelia Earhart Putnam, famous aviatrix, and her pupil, June Travis, Warners player, the day Miss Earhart gave June her first flying lesson. Here are the pair about to go off on a scoot, at a twelve-mile clip, 1935. 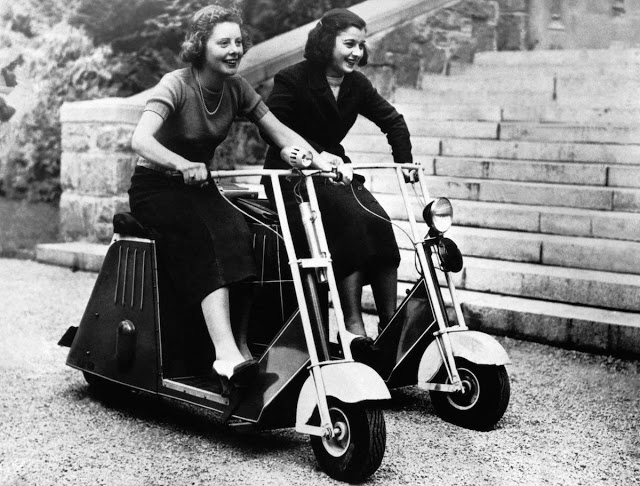 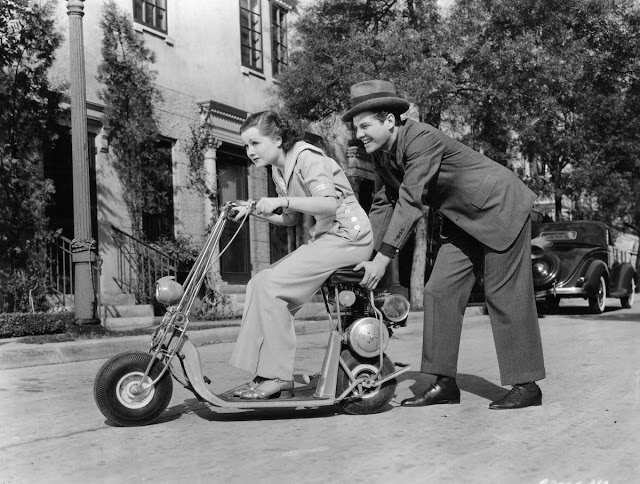 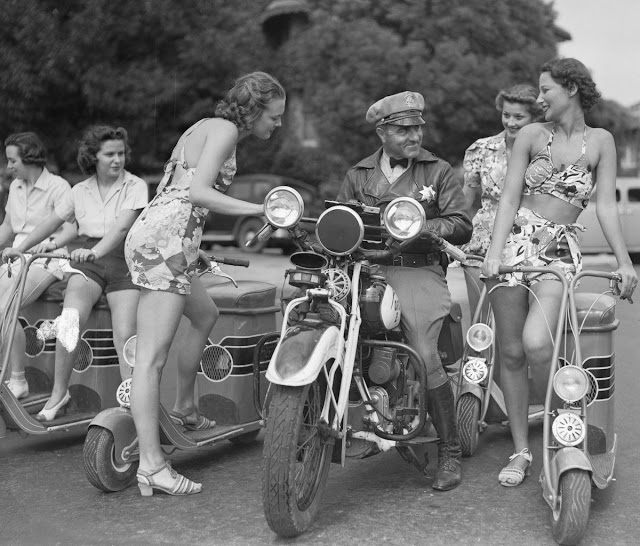 Oakland, California - Traffic officer Leo Brandt seems to have his hands full in handing out tickets to this bevy of gals, who were picked up for speeding along on their animated kiddy cars, 1937. The scooters constitute the latest traffic menace to the West Coast region. The two recipients of the billets doux are Dorothy Armstrong, left foreground, and Peggy Marx. 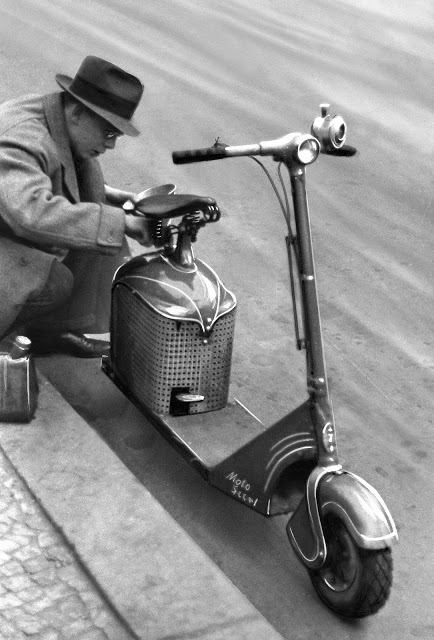 In Germany a young man refuels his scooter with a funnel, 1938. 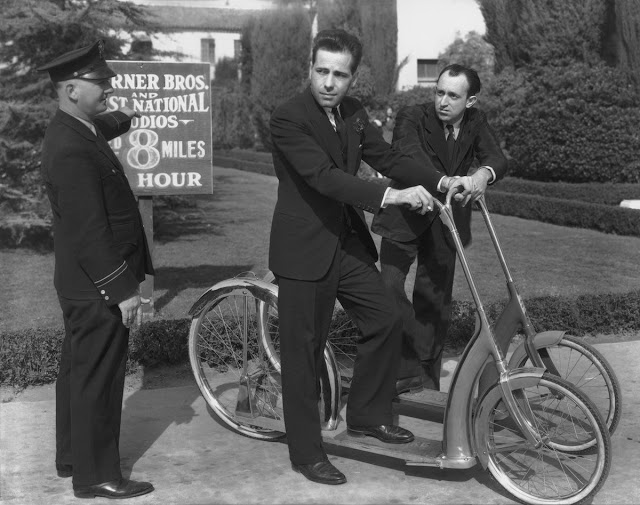 American actors Humphrey Bogart and Allen Jenkins are stopped for speeding on their scooters by a security guard at the Warner Bros, c.1938.