You've probably seen the photo: a young African-American girl walks to school, her eyes shielded by sunglasses. She is surrounded by a hateful crowd of angry white people, including a girl caught mid-jeer, her teeth bared and her face hardened with anger. It's one of the most famous images of the civil rights era, but it turns out that the story of the young women in the photo is even more complicated than the racial drama their faces portray. 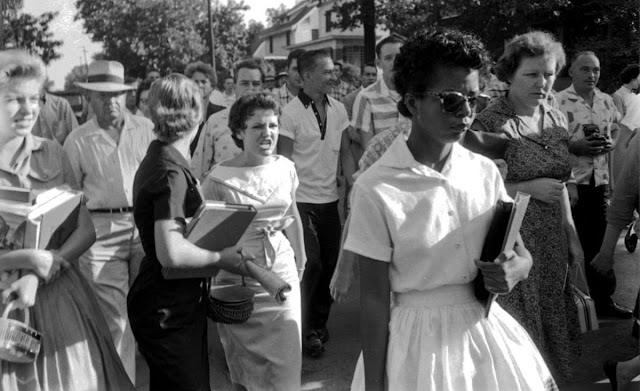 On September 4th, 1957, nine African-American students entered Little Rock Central High School as the school's first black students, including Elizabeth Eckford. On her way to the school, a group of white teenage girls followed Eckford, chanting "Two, four, six, eight! We don't want to integrate!" One of these girls was Hazel Bryan. Benjamin Fine of The New York Times later described her as "screaming, just hysterical, just like one of these Elvis Presley hysterical deals, where these kids are fainting with hysteria." Bryan is also credited as shouting, "Go home, nigger! Go back to Africa!"

After the photo became public, Hazel started to receive "critical" mail, all from the north. Author David Margolick wrote that while Hazel only found the criticism "surprising", "Hazel's parents, though, found her sudden notoriety sufficiently alarming to pull her out of the school."

Bryan left her new school when she was 17, got married to Antoine Massery and began a family. After that, her attitude toward Martin Luther King and the concept of desegregation changed. "Hazel Bryan Massery was curious, and reflective... One day, she realized, her children would learn that the snarling girl in their history books was their mother. She realized she had an account to settle." 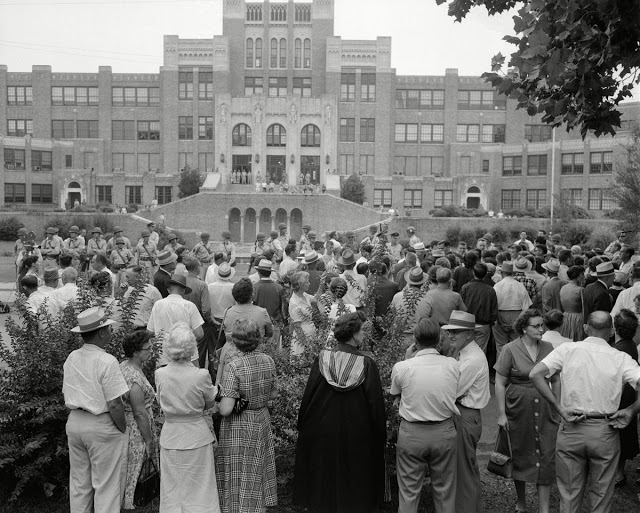 The crowd gathered outside Little Rock Central High School. The military men were ordered by Governor Orval Faubus to surround the school and prevent Black students from entering the grounds.

In 1963, having changed her mind on integration and feeling guilt for her treatment of Eckford, Bryan contacted Eckford to apologize. They went their separate ways after this first meeting, and Eckford did not name the girl in the picture when asked about it by reporters.

During the time after Little Rock, Hazel had become increasingly political, branching out into peace activism and social work. David Margolick discovered, "She taught mothering skills to unmarried black women, and took underprivileged black teenagers on field trips. She frequented the black history section at the local Barnes & Noble, buying books by Cornel West and Shelby Steele and the companion volume to Eyes on the Prize." 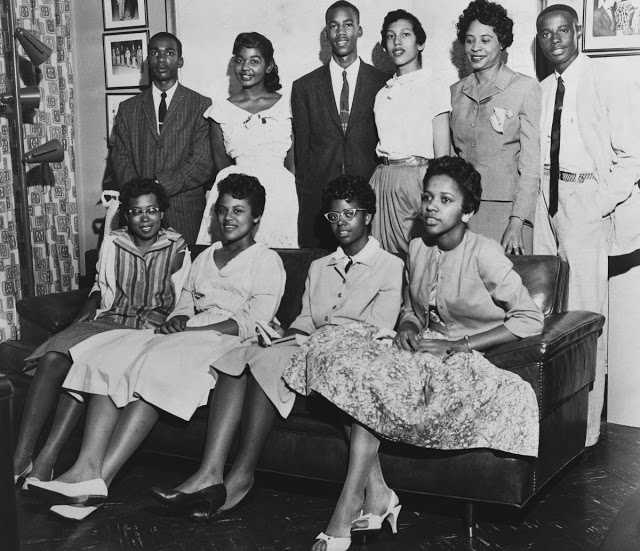 Bryan hoped her reputation could be gained back, but this did not happen until the 40th anniversary of Central's desegregation in 1997. Will Counts, the journalist who took the famous picture, arranged for Elizabeth and Hazel to meet again. The reunion provided an opportunity for acts of reconciliation, as noted in this editorial from the Arkansas Democrat-Gazette on the first day of 1998:


One of the fascinating stories to come out of the reunion was the apology that Hazel Bryan Massery made to Elizabeth Eckford for a terrible moment caught forever by the camera. That 40-year-old picture of hate assailing grace — which had gnawed at Ms. Massery for decades — can now be wiped clean, and replaced by a snapshot of two friends. The apology came from the real Hazel Bryan Massery, the decent woman who had been hidden all those years by a fleeting image. And the graceful acceptance of that apology was but another act of dignity in the life of Elizabeth Eckford. 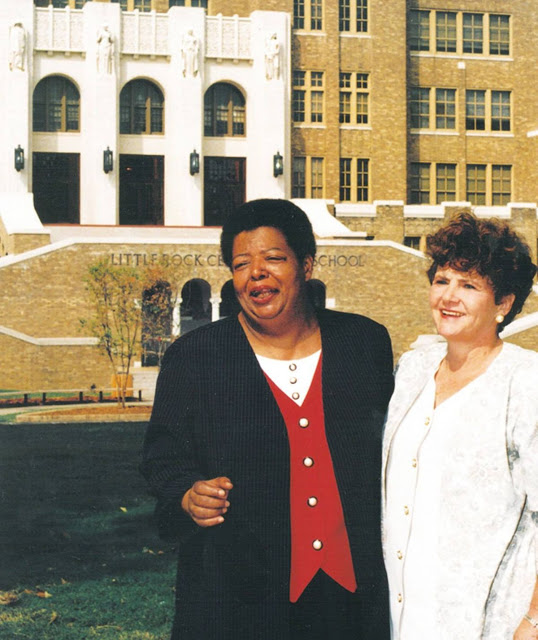 
They went to flower shows together, bought fabrics together, took mineral baths and massages together, appeared in documentaries and before school groups together. Since Elizabeth had never learned to drive, Hazel joked that she had become Elizabeth's chauffeur. Whenever something cost money, Hazel treated; it was awkward for Elizabeth, who had a hard time explaining to people just how poor she was.

Soon after, the friendship began to fray. In 1999, David Margolick travelled to Little Rock and arranged to meet Elizabeth and Hazel. According to Hazel Bryan, she said, "I think she still… at times we have a little… well, the honeymoon is over and now we're getting to take out the garbage." As Eckford began to believe Bryan "wanted me to be cured and be over it and for this not to go on... She wanted me to be less uncomfortable so that she wouldn't feel responsible anymore." The other eight of the Little Rock Nine didn't want this friendship to last any longer. The friendship quietly dissolved in 1999, when Elizabeth Eckford wrote "True reconciliation can occur only when we honestly acknowledge our painful, but shared, past" on the brick of Central High. This message affected their friendship. 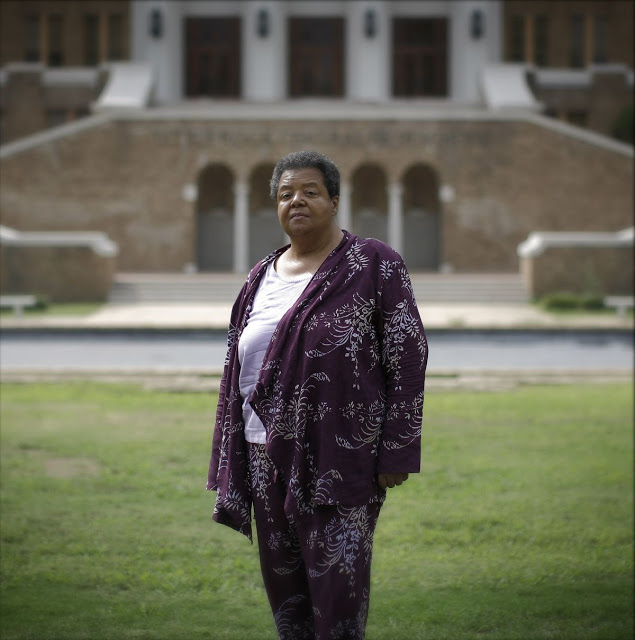 Elizabeth Eckford in front of the main entrance of Central High School in Little Rock, Arkansas, 2007. Eckford was the first of nine black schoolchildren to make history on September 4th, 1957 when she arrived, alone, for the first day of classes at the all-white high school.

Posted by Yesterday Today at 11:13 AM