From Revolutionary War to Korean War to Today, Here's How Much Troops Were Paid in Every American War

Think it’s hard making it month to month in the barracks on just an E-1 pay? Well, the recruits who won America’s earlier wars had to make ends meet with much, much less to draw on. See how much troops made in each conflict, both in their own currency and adjusted for inflation: 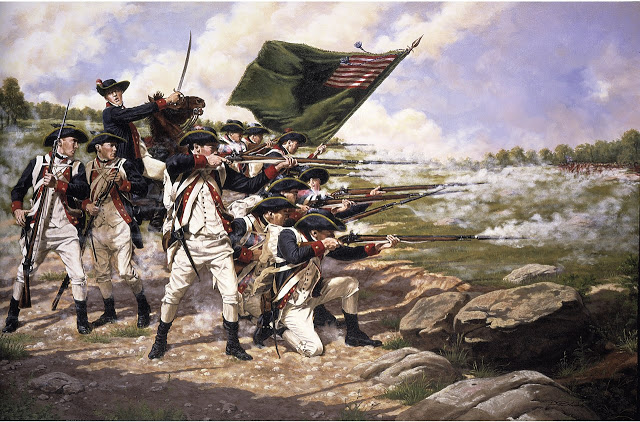 American soldiers in combat at the Battle of Long Island, 1776.

Privates in 1776 earned $6 a month plus a bounty at the end of their service. That pay would equate to $157.58 today, a pretty cheap deal for the poor Continental Congress. Unfortunately for soldiers, Congress couldn’t always make ends meet and so troops often went without their meager pay. 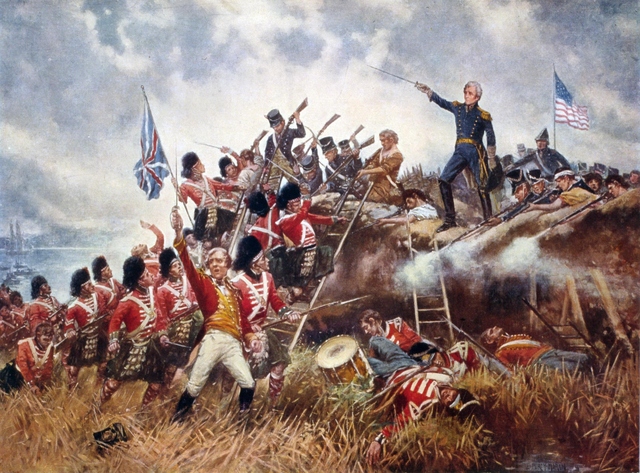 The Battle of New Orleans, the last major fight of the War of 1812. 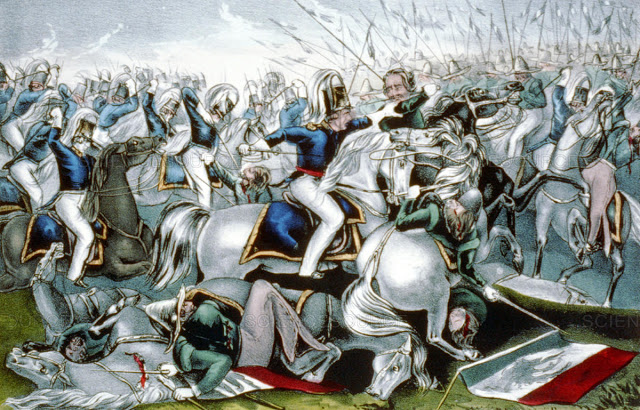 Young infantrymen in their first year of service during the Mexican-American War pocketed $7 per month, according to this Army history. That’s $210.10 in 2016 dollars. 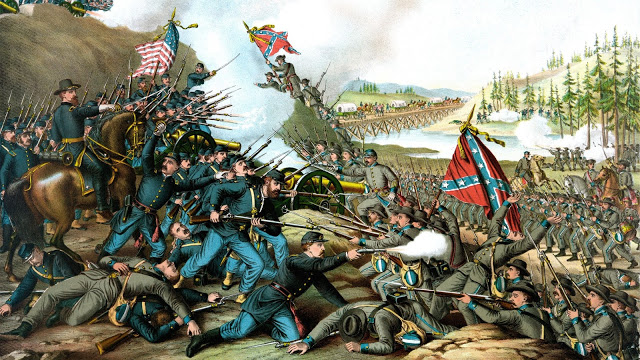 Union and Confederate troops clash at the Battle of Franklin in Tennessee, 1864. 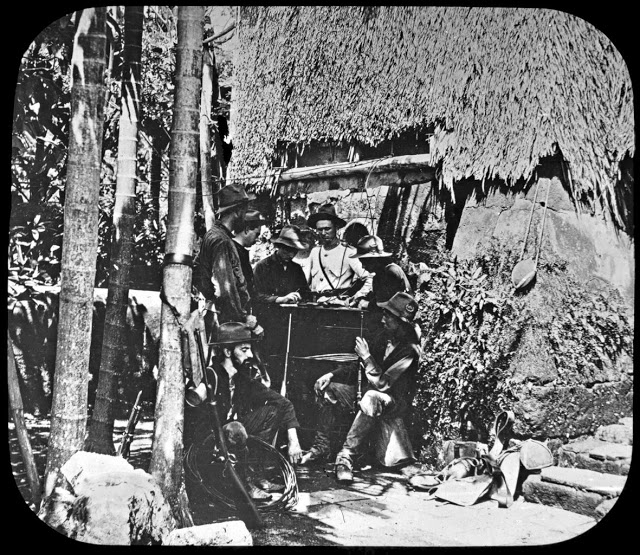 While Army private pay in the Spanish-American War was still $13 like it had been in the Civil War, a period of deflation had strengthened the purchasing power of that monthly salary. In 2016 dollars, it would be worth $356.26. 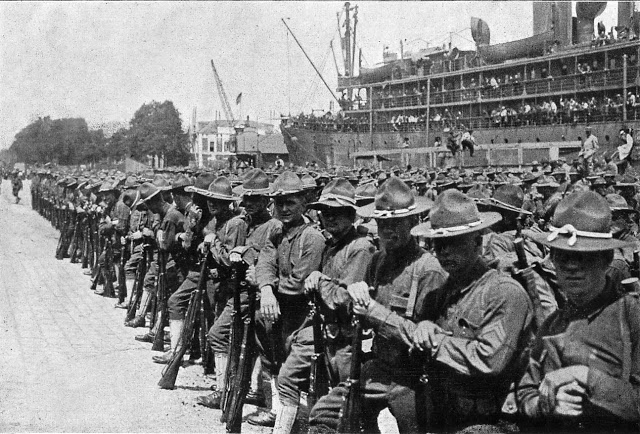 American soldiers wait on the docks to board a troop ship during World War I.

A private, private second class, or bugler in his first year of service in 1917 was entitled to $30 a month. In exchange for this salary, which would equate to $558.12 today, privates could expect to face the guns of the Germans and other Axis powers.

World War I was the first war where, in addition to their pay, soldiers could receive discounted life insurance as a benefit. The United States Government Life Insurance program was approved by Congress in 1917 and provided an alternative to commercial insurance which either did not pay out in deaths caused by war or charged extremely high premiums for the coverage. 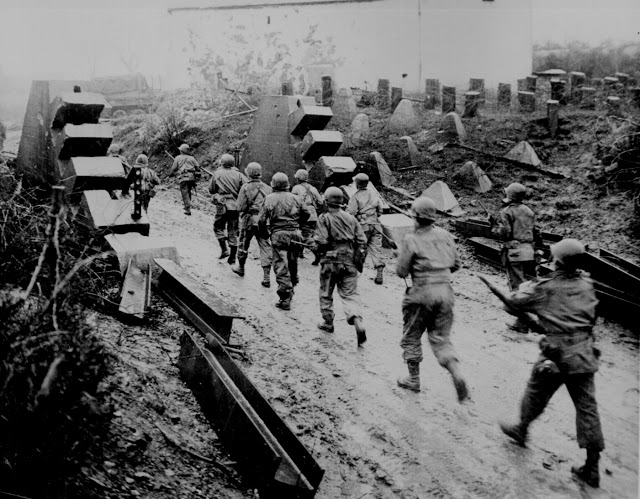 US troops marching into Germany during World War II. 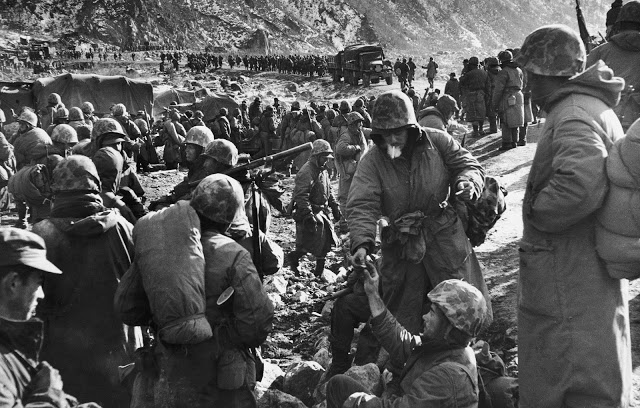 Marines rest after making it through the canyon road known as Nightmare Alley during the retreat from the Chosin Reservoir, December 1950.

This was in addition to a foreign duty pay of $8 a month along with a small payment for rations when they weren’t provided. 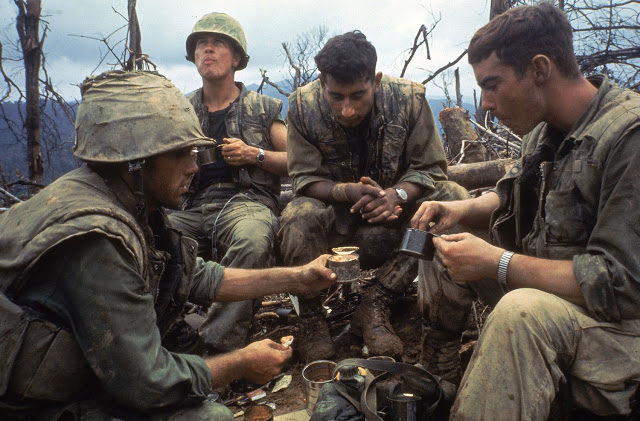 American Marines eat rations during a lull in the fighting near the DMZ during the Vietnam War, October 1966.

E-1 wages were not increased between 1952 and 1958, so Korean War and Vietnam War troops made the same amount of money at the lower ranks — except inflation over the years drove the real value of the wages down. New soldiers pocketing $78 would have a salary that equates to 642.71 now, while those with over four months of service who pocketed $83.20 were receiving the equivalent of $685.56 in today’s dollars. 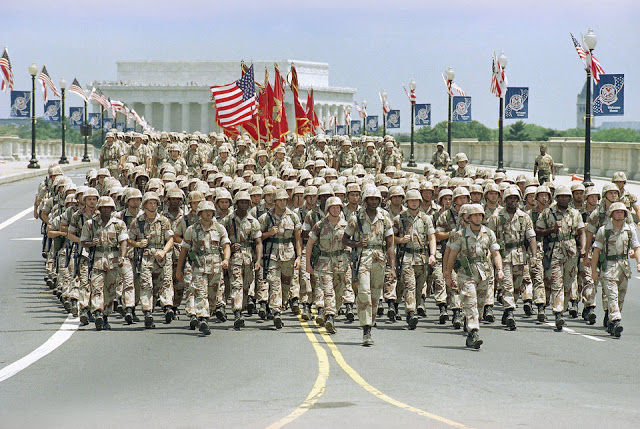 US troops march on the Memorial Bridge across the Potomac River toward the Pentagon during National Victory Celebration Parade in Washington, June 8, 1991.

Grunts who went into Iraq to topple Saddam Hussein were paid the princely sum of $753.90 a month in basic pay, unless they somehow managed to make it to Iraq with less than four months of service. Then they received $697.20.

11. War in Afghanistan and the Iraq War 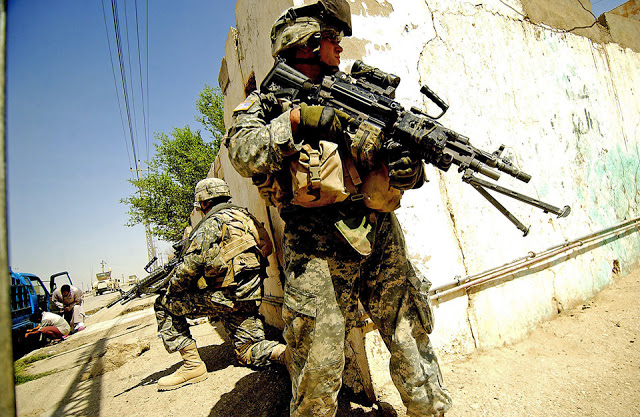 Troops bringing the American flag back to Iraq in 2003 or deploying to Afghanistan in the same time period received just a little more than their Persian Gulf War predecessors, with $1064.70 for soldiers with less than four months of service and $1,150.80 for the seasoned veterans with four months or more under their belts.

(This original article was written by Logan Nye and published on WeAreTheMighty.com)

Posted by Yesterday Today at 11:51 AM