Photographer Lewis Wickes Hine once said: “There is work that profits children, and there is work that brings profit only to employers. The object of employing children is not to train them, but to get high profits from their work.”

Lewis Wickes Hine was an American sociologist and photographer whose work was instrumental in changing child labor laws in the United States.

A series of heart-wrenching images depicting child labor in early 20th century America has been brought to life after being expertly colorized. These images are the work of UK-based photo colorizer Tom Marshall, 2who has painstakingly brought the photographs of Lewis Wickes Hine into the 21st century.

“I was inspired to colorize these photos following an article by my friend and fellow colorizer Sanna Dullaway,” Marshall said. “As a photo colorizer, my aim is always to try and connect with the photo subjects on another level, something not always possible with a black and white photo. Hine’s photos are perfect for this purpose as they are already very engaging pieces.” 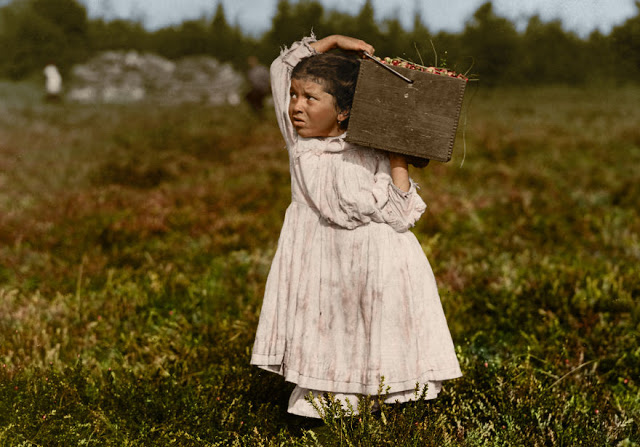 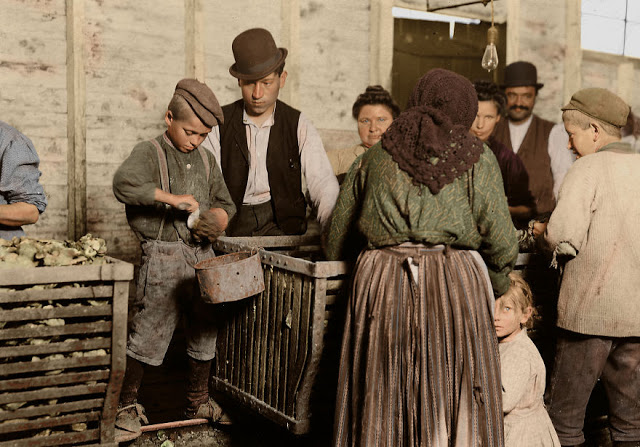 9-year-old Johnnie and the shucking-boss, in Dunbar, Louisiana, March 1911. 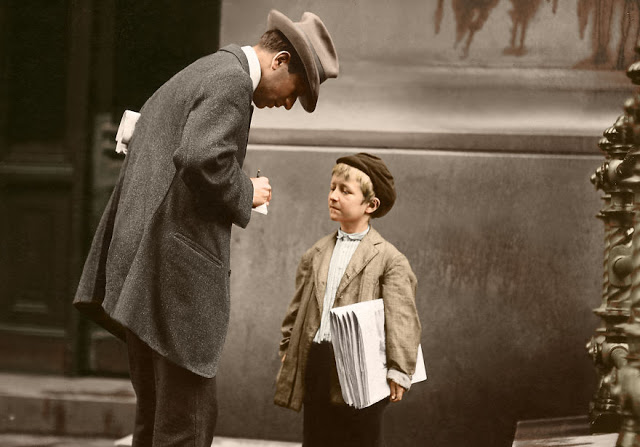 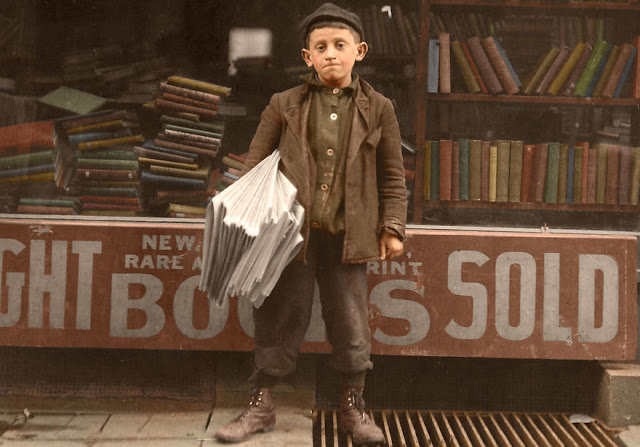 12 year old newsboy Hyman Alpert, who had been selling newspapers for 3 years when this photo was taken in March 1909, in New Haven, Connecticut. 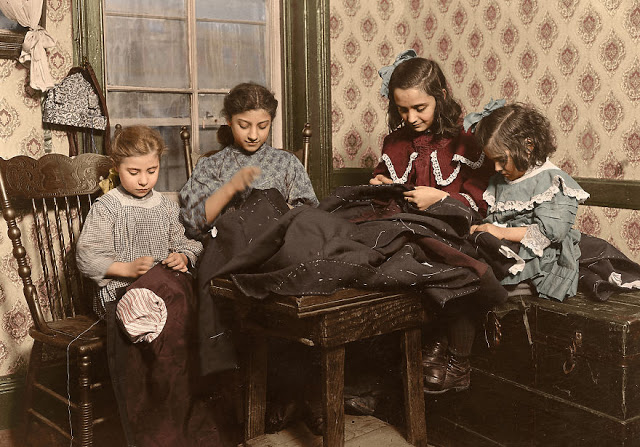 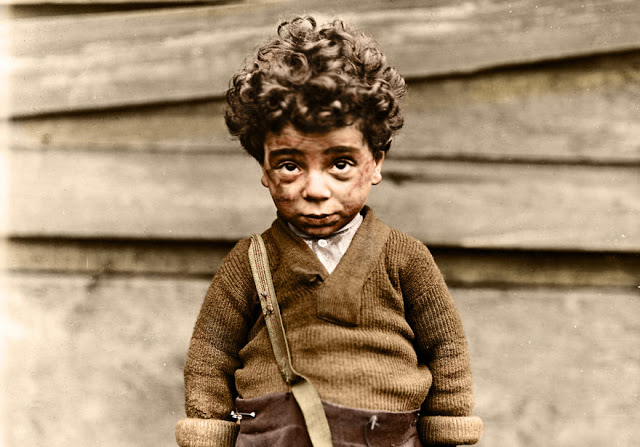 One of the underprivileged, Hull House, Chicago 1910. 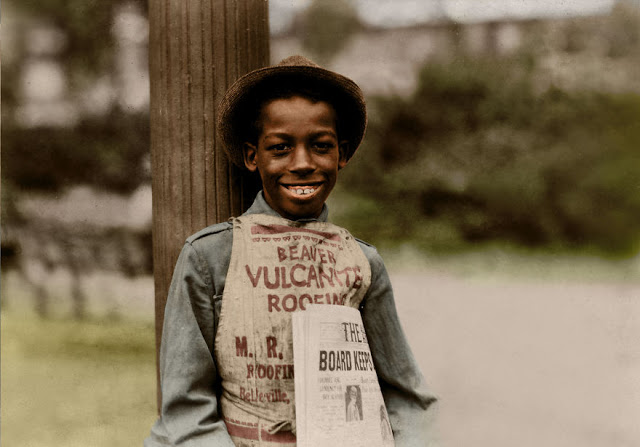 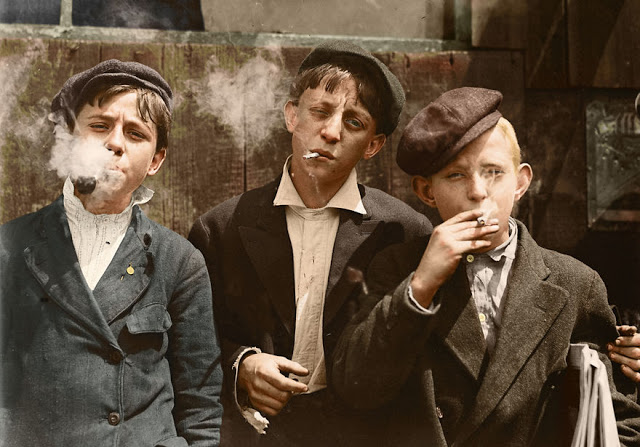 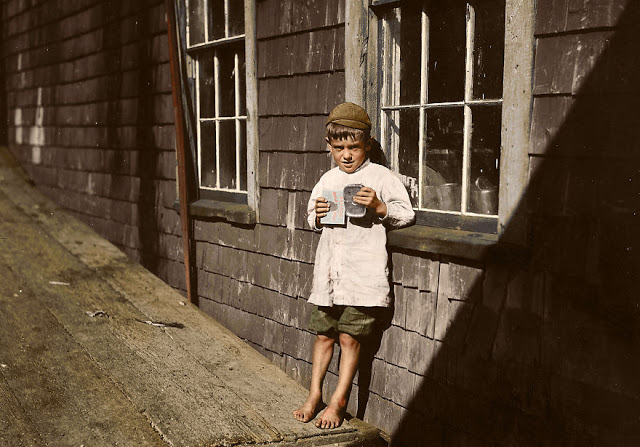 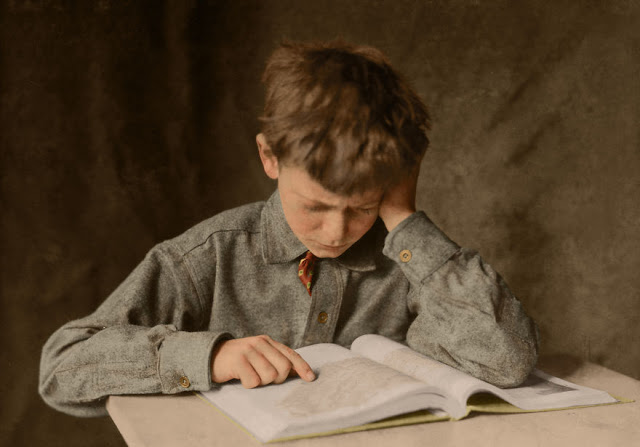 This final photo was taken a few years later, in 1924.

Posted by Yesterday Today at 3:14 PM