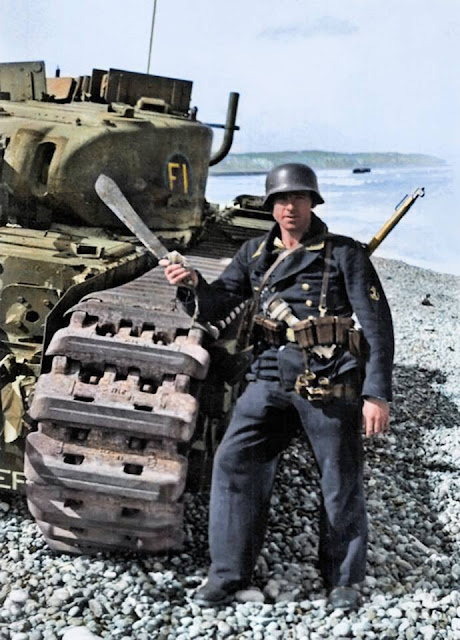 The raid took place on the northern coast of France at Dieppe. The assault began at 05:00 and by10:50 the Allied commanders were forced to call a retreat. Over 6,000 infantrymen, predominantly Canadian, were supported by a Canadian Armoured regiment and a strong force of Royal Navy and smaller Royal Air Force landing contingents. It involved 5,000 Canadians, 1,000 British troops, and 50 United States Army Rangers.

The plan called for thirty Churchills to be landed (the last Churchill to exit towing out a support vehicle) the remaining twenty-eight tanks to stay on board their LCTs as a floating reserve. Twenty-nine tanks successfully exited the LTCs, unfortunately two into water deeper than the six-foot wading depth for which they had been modified, the Calgary's Commanding Officer, Lt. Colonel J.G.Andrews' tank being one of them. The third Churchill, commanded by Major J. Begg Second-in-Command, was unable to disembark and subsequently returned to England.

The climb up the beach was not an easy one, especially on chert. However, of the twenty-seven Churchills that made it ashore, fifteen managed to climb up and over the seawall on to Dieppe's promenade. Due to the many road blocks (which the Engineers failed to blow-up as planned) further progress was impossible, thus ten of the tanks returned to the beach. One of those left behind had fallen into quite a deep hole and was abandoned after attempts to tow her out had failed.

However, despite the problems, encountered by the Calgary Regiment at Dieppe, the Churchill tank proved itself to be a not only safe tank to crew, but one capable of ascending to places not expected by the enemy, amply proven later when Churchills went into full-scale operation in North Africa and Italy.

A total of 3,623 of the 6,086 men (almost 60%) who made it ashore were either killed, wounded, or captured. The Royal Air Force failed to lure the Luftwaffe into open battle, and lost 96 aircraft (at least 32 to flak or accidents), compared to 48 lost by the Luftwaffe. The Royal Navy lost 33 landing craft and one destroyer. The events at Dieppe influenced preparations for the North African (Operation Torch) and Normandy landings (Operation Overlord).

(Colourised by Royston Leonard UK)
Posted by Yesterday Today at 10:11 AM