In order to make some money after arriving in New York, the young Lee Miller made stock photos for the famous American photographer Edward Steichen. Steichen sold some to Kotex, which put one into the first menstrual hygiene ad ever to show a real person; it ran from July 1928 into 1929. America, and Miller, were horrified. No decent woman would associate herself publicly with menstruation! 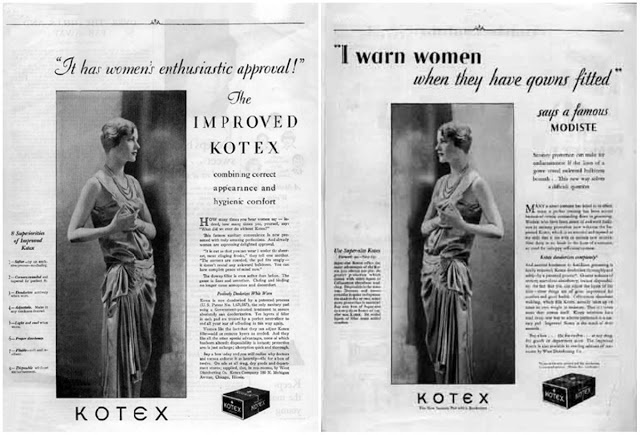 But by December 1928 Miller was enjoying her fame, and left with a girl friend to Paris, where she met the Surrealist painter and photographer Man Ray; they became lovers, and Ray made some great pictures of Miller.

Her association with photography probably began with the nude photographs her father made of her when she was a teenager. Much later Miller became a great World War II photographer in Germany. 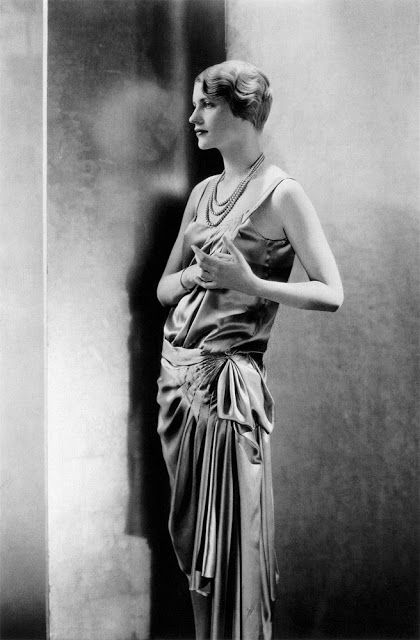 Lee Miller photographed by Edward Steichen in 1928. Believe it or not, this photograph was taken for a Kotex advertisement, which caused a bit of a scandal.

But probably the first famous person to appear in menstrual hygiene ads, in distinction to someone who only later became famous, was the Olympic gymnast Cathy Rigby in the 1970s, who appeared in many Stayfree ads. She also appeared nude doing a split on a balance beam in Sports Illustrated, so she was willing to take chances! She still makes ads today, although not for menstrual hygiene.

(via Museum of Menstruation and Women's Health )

Posted by Yesterday Today at 10:49 AM