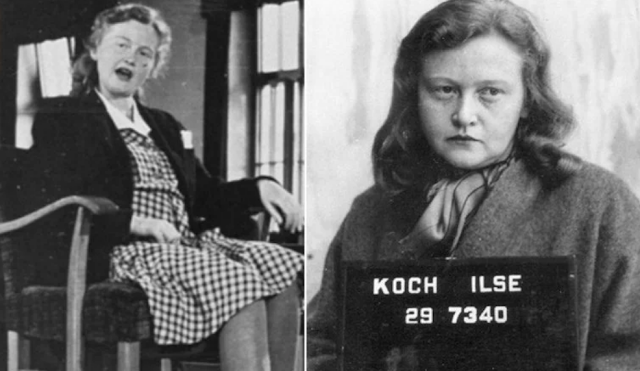 There have been countless evil figures recorded throughout history who committed
unimaginable atrocities by using their power or position.

WWII and the testimonies from the trials of the post-war period perfectly illustrate that
human beings are capable of doing the unimaginable when it comes to “joining the dark
side.”

The most well known “villains” from this period include Josef Mengele, Heinrich Himmler,
and Adolf Hitler himself. But there was one woman with an equally tarnished reputation;
her name was Ilse Koch, a.k.a. The Witch of Buchenwald. 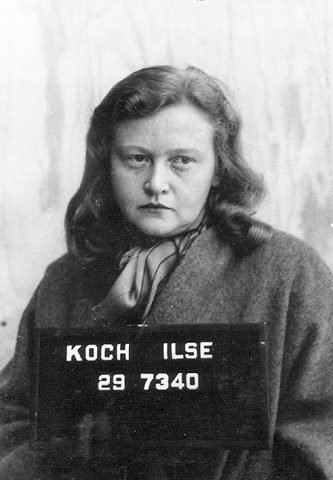 Margarete Ilse Köhler was born in 1906 in Dresden, Germany, to an ordinary family of
workers who provided her a normal, happy childhood.

She attended an accounting school where she was known as a friendly and industrious
student by both her peers and teachers.

In her early 1920s, she joined the National Socialist German Workers’ Party. To her and
her friends, this decision seemed like an effort to find solutions to the serious economic
and political problems caused by the aftermath of the lost Great War (WWI) in Germany. At
the 1919 Paris Peace Conference, limits were placed on Germany’s military armaments, and
the country was obliged to make economic reparations. 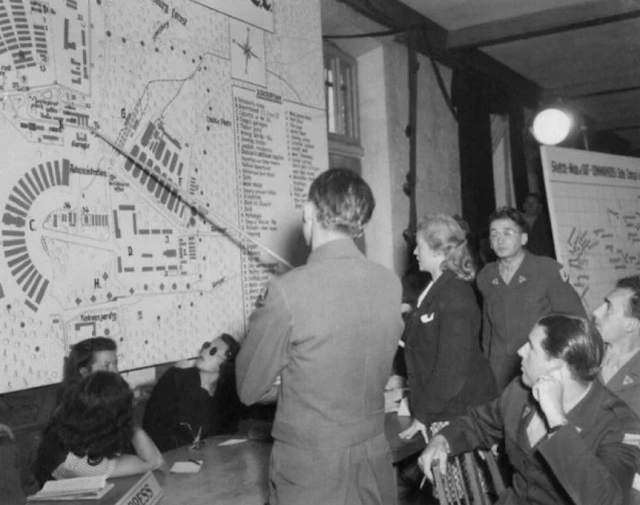 The Nazi Party promised to eradicate the Treaty of Versailles and strengthen the national
identity of the country whose people, including Ilse’s family, barely scraped a living.

Ilse met her husband, SS Colonel Karl Otto Koch, through friends within the Party, and
four years later they were married.

In 1937 her husband became the first Commandant of Buchenwald, which was among the first
concentration camps to be established under the Third Reich. Karl included Ilse in the
work duties of the camp and made her his colleague. 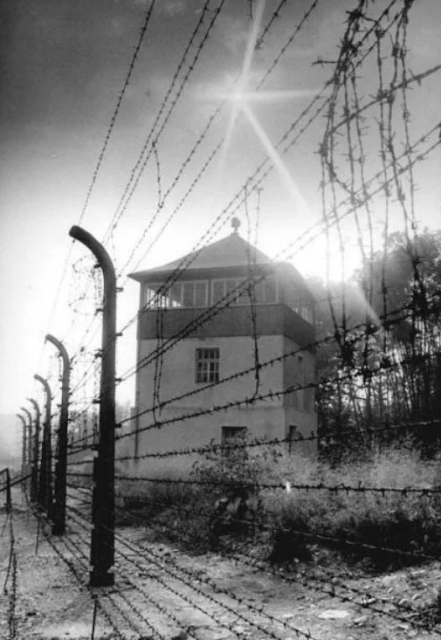 It didn’t take long before inmates recognized her as the most diabolic guard at
Buchenwald. Their nickname for her rhymed with the one that the newspapers later chose to
print. As wife of the Commandant, “The Witch” enjoyed a lavish lifestyle, even ordering
construction of an indoor equestrian facility that, in today’s money, cost around $1
million.

This luxury was paid for out of the sequestrated money and belongings of the camp’s
prisoners. Ilse Koch, as the later trials showed, didn’t regard the prisoners as human
beings but a convenient material for the production of her devilish fantasies.

As some of the trial evidence showed, this woman was a passionate collector, of book
covers, gloves, lampshades, and other items, all made with genuine human leather.

For this unusual hobby, Ilse picked the prisoners who wore tattoos and, according to the
witnesses, stripped them of their skin before sending them to incineration.

Reportedly, Karl Koch was an admirer of his wife’s free-time activity and didn’t mind
keeping the skins in their home, where they were put on display as trophies. Later, her
skin samples were used as key evidence in her trials.

The marriage of the couple was known to be of an “open” arrangement as they were never
monogamous; Ilse even dated her lovers at the camp. 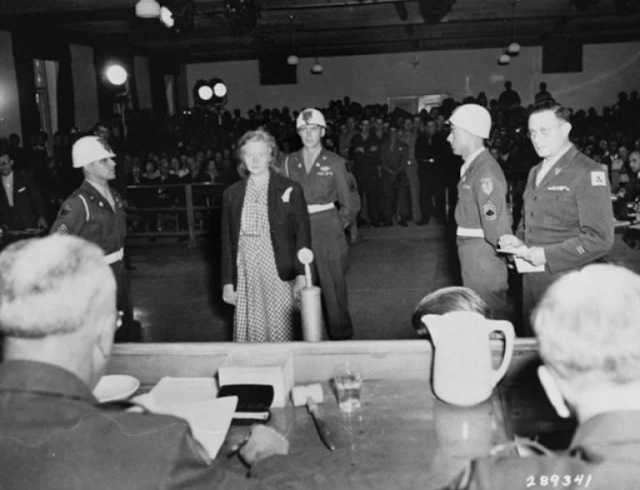 Ilse Koch is sentenced to life in prison by Brigadier General Emil C. Kiel (back to
camera) at the trial of former camp personnel and prisoners from Buchenwald.

This marital circumstance proved to be fatal for Karl as he was diagnosed with syphilis, a
fact that he not only furiously rejected but also ordered the execution of the doctor who
examined him in order to prevent the spread of any rumors about him.

The sadistic behavior of Ilse seemed endless. She enjoyed observing the suffering of the
prisoners and used many tricks to practice that daily.

When she rode through the camp, no one dared to look at her because if anyone did, then
she would mercilessly whip them. She had a wide view over the entire camp from her house
and she often laughed when seeing prisoners going to gas chambers. 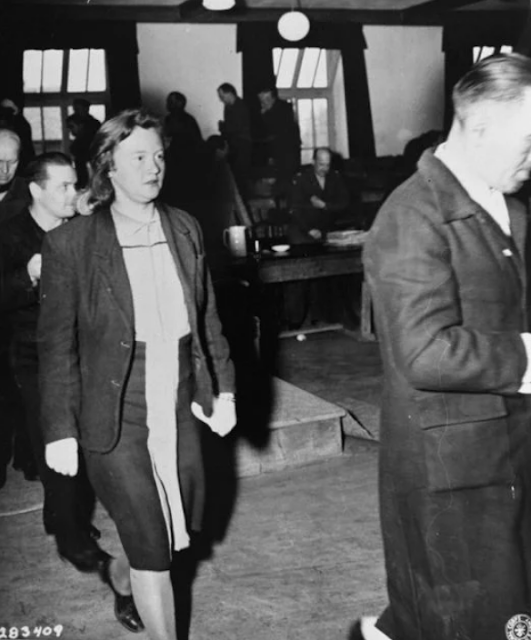 Ilse Koch leaves the courtroom with her co-defendants during the trial of former camp
personnel and prisoners from Buchenwald.

In August 1943, Ilse and Karl were arrested on charges of torture and murder of prisoners.
It was said that even the Nazis, who conducted mass murders, were disgusted and perplexed
by the couple’s torture methods.

Due to lack of evidence, Ilse was acquitted while Karl was sentenced to death. It took
some time before the examiners could prove that Ilse’s collectibles were not made of
goatskin, as she claimed, but were human-leather objects. 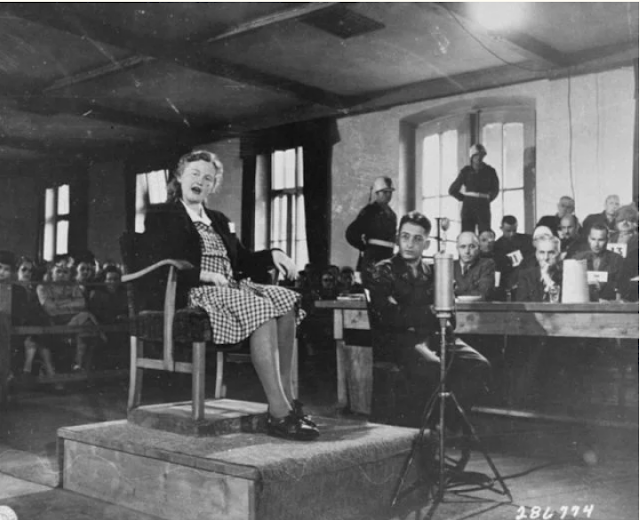 Ilse Koch testifies in her own defense at the trial of former camp personnel and
prisoners from Buchenwald.

After Buchenwald was closed, the number of people who attested to witness Ilse’s atrocious
behavior increased and many of them were ready to testify in court.

Consequently, the court commenced with a second trial in 1950 that brought Ilse to the
stand at the General Military Government Court for the Trial of War Criminals.

There, she stated that she was eight months pregnant, which was peculiar since she was 41
years old and had had no contact with men except for the interrogators.

She was sentenced to a lifetime in prison. In 1967 she took her own life.