Women love classic vintage cars just as much as men. It may be true that vintage automobiles aren't the greatest when it comes to fuel efficiency, but most of these models were picked combine aesthetics with performance.

Most of these cars are also small since women don't have the same taste in the idea of ‘bigger, better’ as men do. Regardless of their reduced size, these models will make any lady look like a badass. 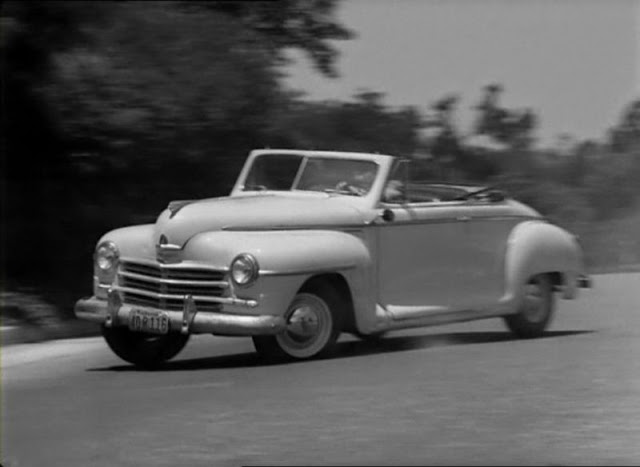 Back to the distant past, now, with this luxury cars of the 40s. This one was a full-size automobile produced by Chrysler, that also came in various shapes and sizes: sedans, coupes, convertibles and station wagons. It’s certainly a sight for sore eyes, with its sleek, smooth lines and its exceptional overall design, but the main advantage to choosing the Deluxe Convertible is its outstanding interior space. It can fit 4 adults and guess what, they can feel exceptionally comfortable. 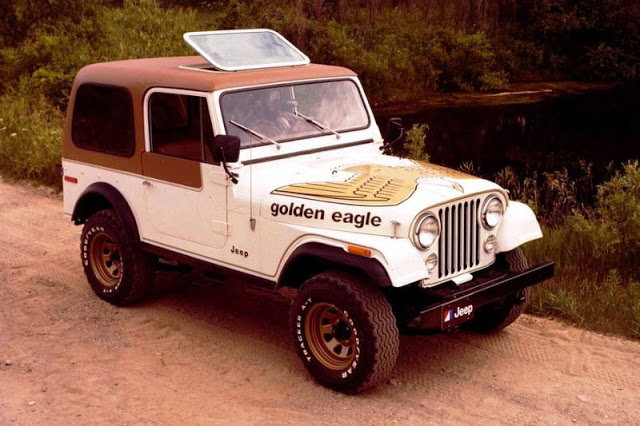 Although some people think of it as the laughing stock of all jeeps, the CJ-5 was, after all, manufactured for more than 30 years, so customers must have appreciated it for something. In fact, buyers can choose from a multitude of variants, out of which the highly acclaimed models are the following: the 1965 Tuxedo Park Mark IV, the 1969 462, the 1970 Renegade I, the 1973 Super Jeep and the 1980 Golden Hawk. 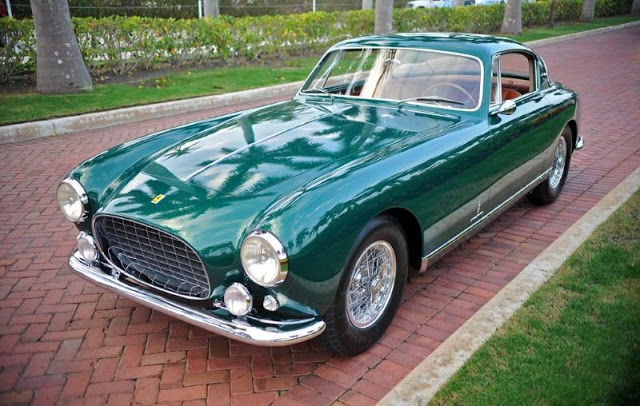 This notorious automobile was first introduced at the 1954 Paris Motor Show and it quickly became the favorite car of the 50s. The Europa is quite a powerful car for its size, featuring a horsepower of 217, which comes from its V12 engine. 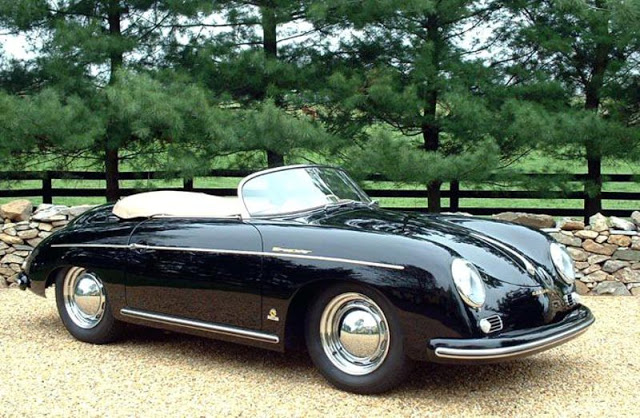 This car is as classy as possible. Let’s not forget that women used to buy the model back in the days because it was James Dean’s favorite vehicle. In fact, the actor used to drive it when he was outside the studio. The model is a luxury car known for its 1300 and 1500 cc engines. 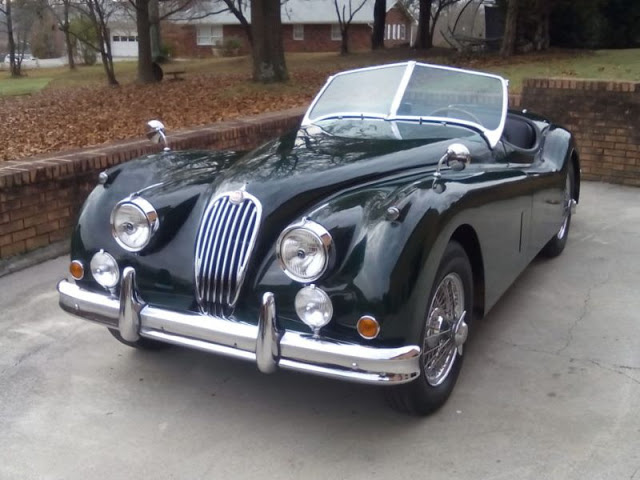 This one’s a looker. We can even imagine a lady driving down the street and the wind blowing through her hair. This Jaguar model isn’t even extraordinarily powerful, coming equipped with a 3.8-liter engine and a horsepower of 210. The car can reach a maximum speed of 125 mph, and a July 1957 test performed by Karl Ludvigsen, an editor for Sports Car World, accounted for the statement. Unfortunately, in 1961, Jaguar halted the production of the model, and therefore there’s only a limited number of them available in the world today. 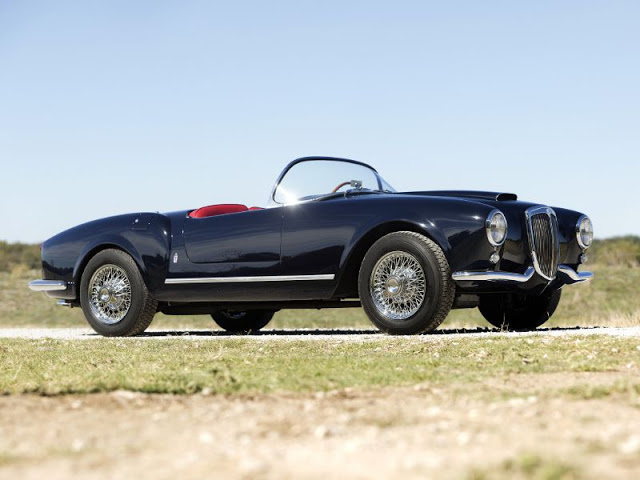 This is the second series of Lancia Aurelias. The model was introduced in late 1955 and was marketed as a convertible. It came with chrome bumpers and larger bonnet air-scoop. The model was a limited edition, as only 521 cars were produced, and all of them were equipped with 2,451 cc engines. It was also the owner of a 2.5-liter displacement and a horsepower of 110. A famous American character, John Jang, purchased a vehicle in 1956, drove it for 28,000 miles and later on abandoned it in its garage. In 2012, Jang’s family decided to check on the automobile and surprisingly enough, the electrical system still worked and all the carrosserie had perfectly survived all these years. 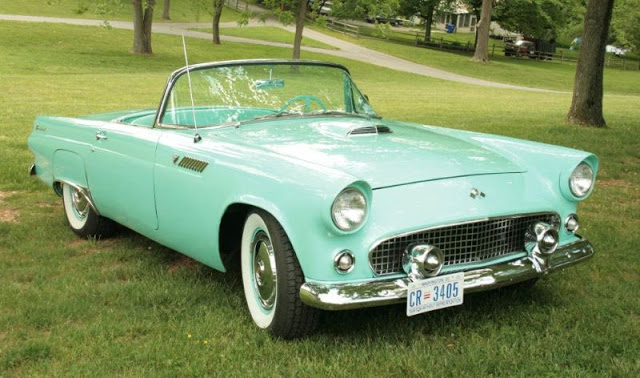 In 1958, the Thunderbird was redesigned to fit 4 passengers. The modification increased the vehicle weight to 1,000 pounds. The car was one of the most powerful of the times, as it came equipped with a 5.8 liter V8 engine, responsible for producing 300 hp. 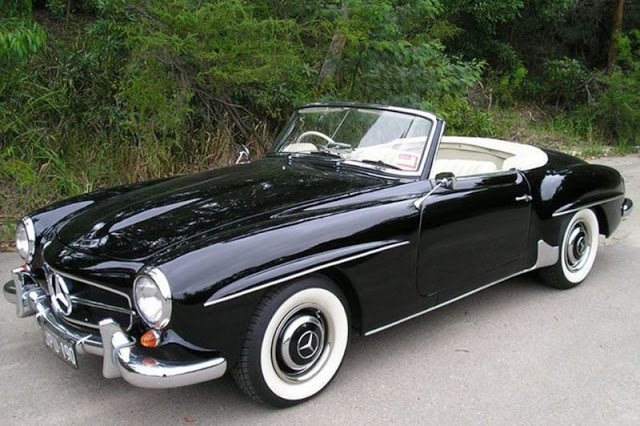 The roadster was produced by the German car manufacturer between 1955 and 1963. The ‘58 model features a 4-cylinder engine, a 4-speed manual gearbox and an average fuel consumption of 18.8 mpg. Let’s not forget that back in the days, people weren’t particularly focused on fuel economy. Also, at the time the Roadster was launched, it was said that its interior lacked style and recalled a Spartan way of life, with one-piece leather-covered seats and aluminum doors. Luckily for the model, in 1958 people couldn’t choose from too many other alternatives when it came to interior design. This grand tourer was widely popular until 1963, when it was replaced by the 230SL model. 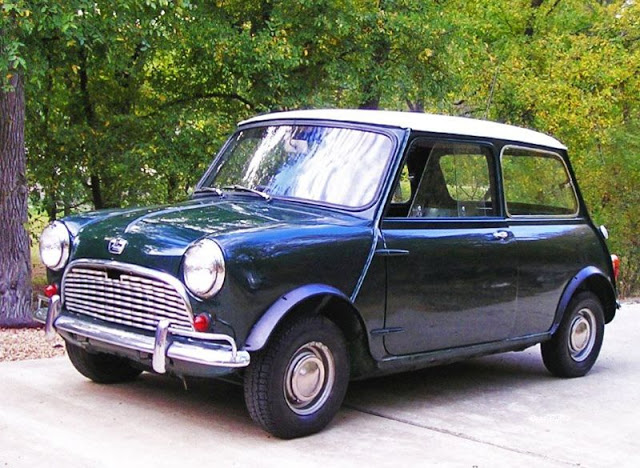 This is also a rather small-sized vehicle, but since Minis are known for their reliability, women will surely find these models to be more than satisfactory. The greatest advantage to choosing a Mini Mark I is the 4-speed automatic transmission that was added to the model in 1965. Other than that, it’s simply a chic car for ladies who want to get noticed on the road.

This car is truly cosmopolitan, since Chevrolet made a big deal out of manufacturing it as diversely as possible. Ladies can choose from 2-door convertibles and coupes, 4-door sedans and station wagons, and if they’re eager to use as much space as possible, they can even opt for a 6-door or an 8-door van. 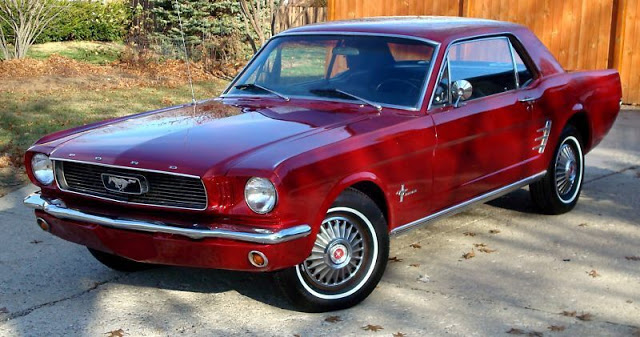 This is the first generation of Mustangs that Ford ever produced. It also comes with three alternatives: hardtop, sportsroof and convertible. Its engines vary from a small 2.8 liter Thriftpower I6 to a thrilling 4.7 liter Windsor HiPo V8. 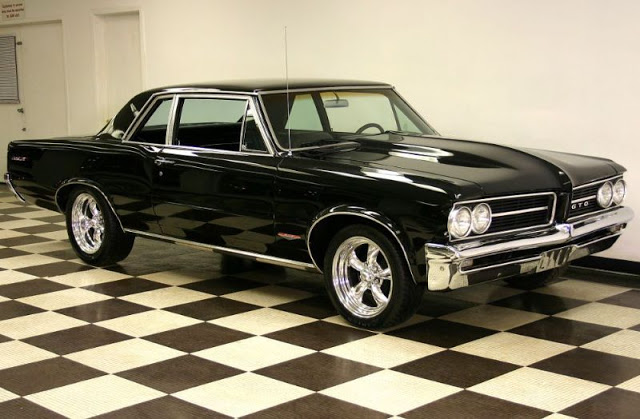 The Pontiac remains one of the favorite automobiles of vintage cars collectors. The GTO is a classic muscle car and it comes in various shapes and sizes: depending on its fabrication year, it can feature a 6.4-liter or a 6.6-liter V8 engine. Buyers have three choices when it comes to the design of the car: convertible, hardtop and coupe. 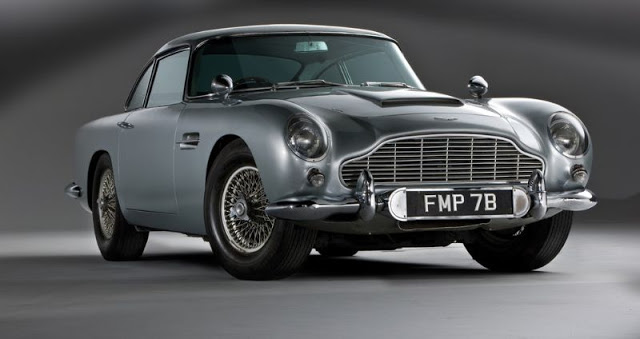 Not only James Bond has the right to drive this car. The automobile became outrageously popular when it was featured as the famous spy’s vehicle, in the acclaimed Goldfinger motion picture. The DB5 is a grand tourer that comes as a coupe or as a convertible and offers buyers a wonderful driving experience, thanks to its 3,995 cc Inline-6 engine and its 282 bhp. 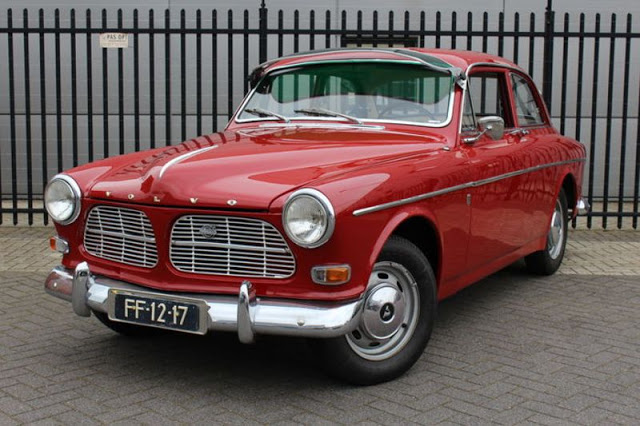 It was somewhat predictable to find a Volvo in this list of 20 vintage cars for women, as the Swedish brand is known worldwide for manufacturing super-safe vehicles. The Amazon came as a 2-door coupe, 4-door sedan or a 5-door station wagon. Engines ranged from a 1,583 cc to a 1,986 cc one. It’s no wonder that Volvo chose to name the model Amazon because it looks like it’s come out of an exotic movie. 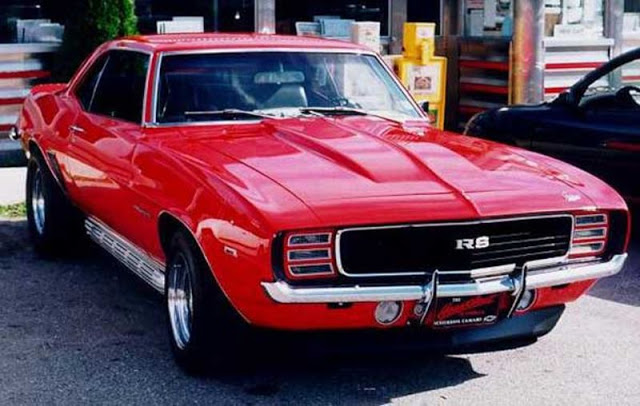 This is the first generation of Camaros that Chevrolet produced. It’s more of a sports car than anything else. The Camaro is a noteworthy alternative for women who are keen on speed, as it comes with various engines (varying from a 4.9 liter to a 7.0 liter V8 one). The car received some negative publicity at the time it was released, in the virtue of Ralph Nader’s book, Unsafe at Any Speed. 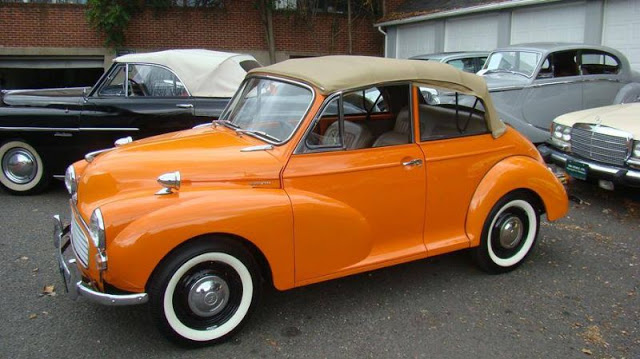 Morris Minor is a British brand of automobiles, which debuted with its first cars in the brinks of 1948. All the models were designed to be small, fuel-efficient vehicles, especially since they were launched following WWII. The 1967 convertible was a limited edition, having been produced in only 1,000 numbers. This one comes with a 948 cc engine. The only possible downfall of choosing this model is the fact that its manufacturers didn’t necessarily focus on safety features, and therefore the driving experience could get somewhat risky. Nowadays, drivers have the opportunity to equip their cars with almost any other supplementary features, making even very old models turn into fully loaded automobiles. 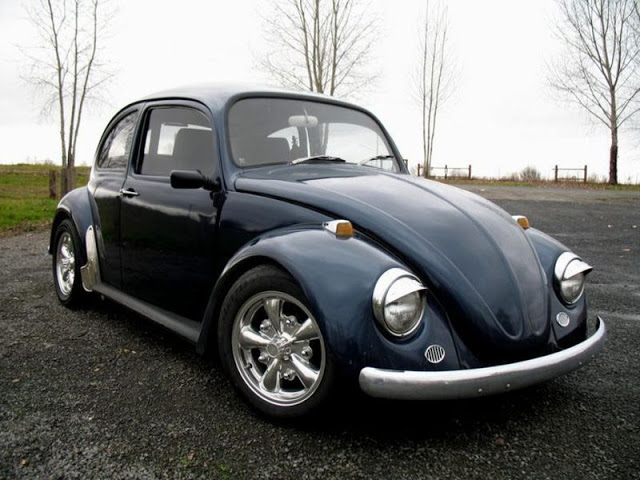 This one is such a classic car for women that it almost doesn’t need any description. The charm of a small, smooth car appeals to ladies from all over the world. Another cute thing about its design is that its headlights feature ‘eyelids’. The 1967 Beetle features a 50 hp thanks to its 1.3-liter engine. 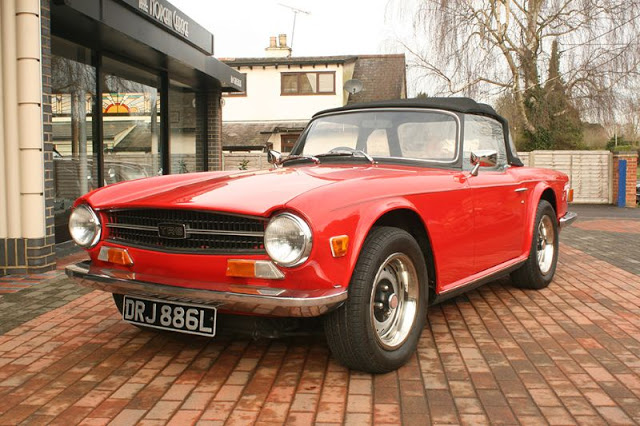 Girls will love this British automobile because it’s a beautiful 6-cylinder sports car, which can go from 0 to 60 mph in only 8.2 seconds. Some say it can reach a maximum speed of 120 mph. 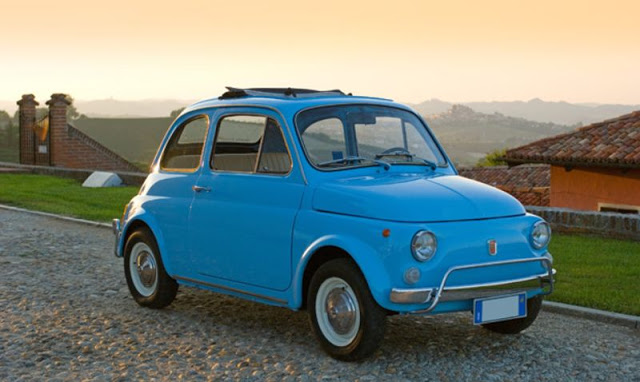 Fiat has been through a lot of changes in the 60s. One of its innovations was an interesting beach car, which featured chairs made out of raffia. We’ve chosen a more classic model, though, since we know that in today’s reality, women opt for small cars that are also practical. Keep in mind it’s not the most powerful car in the world, but that’s mostly due to its size. It can reach 50 mph in a matter of more than one minute. It comes with a 499 cc, 2-cylinder engine, responsible for producing a rather decent 21.5 bhp. Its top speed isn’t impressive: 65 mph. However, it does offer a 45 mpg fuel economy, which is truly respectable for the end of the 1960s. 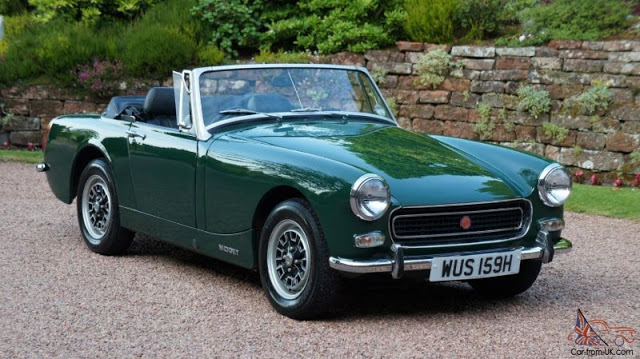 The Midget is yet another classic British brand of cars, which specialized in manufacturing sports and coupes. The 1970 model has a horsepower of 65 bhp, thanks to the addition of a 1,275cc A-series engine. It’s a cool car, which goes well with bright colors (such as red and light blue), and it’s certain that people won’t feel cramped when driving it on the road.

Posted by Yesterday Today at 10:02 AM