12 Facts About British Women During the First World War

The First World War brought many changes in the lives of British women. It is often represented as having had a wholly positive impact, opening up new opportunities in the world of work and strengthening their case for the right to vote. Here are 12 facts about women during the First World War which help to illustrate the ways in which women’s lives changed during this period, via Imperial War Museums. 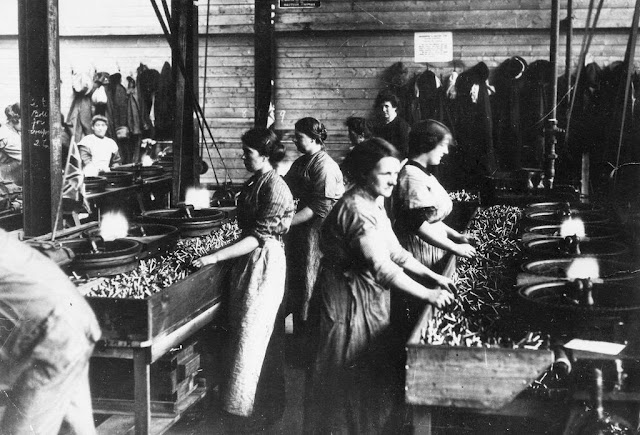 Women in paid employment were not a new phenomenon in 1914. They made up a substantial part of the industrial workforce even before the First World War, although they were mainly concentrated in textile manufacture. After 1915, when the need for shells intensified, women were brought into munitions manufacturing in large numbers. By 1918 almost a million women were employed in some aspect of munitions work.

2. Women on the beat 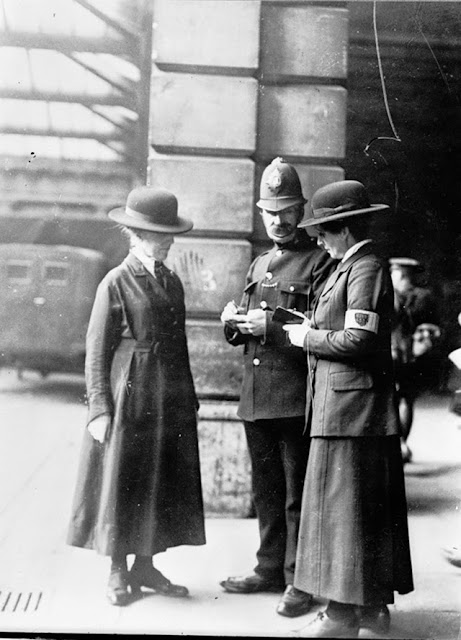 The first women police officers served during the First World War. One of the main responsibilities of the Women’s Patrols - as they were initially known - was to maintain discipline and monitor women’s behaviour around factories or hostels. They also carried out inspections of women to ensure that they did not take anything into the factories which might cause explosions. As is shown here, they also patrolled other public areas such as railway stations, streets, parks and public houses.

3. All aboard the transport industry 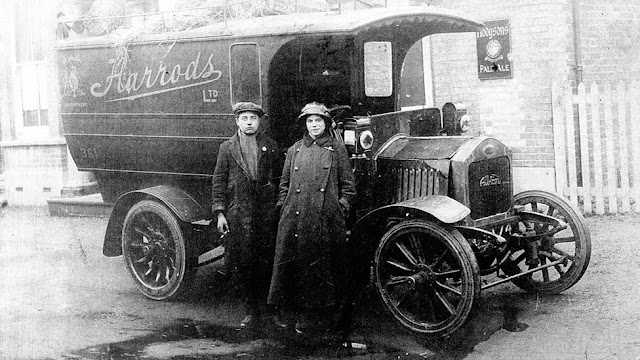 One of the areas of employment where new opportunities opened up for women was in transport. Women began working as bus conductresses, ticket collectors, porters, carriage cleaners and bus drivers. During the war the number of women working on the railways rose from 9,000 to 50,000. While new jobs did become available to women during wartime, many of these opportunities were closed to them after the war as servicemen returned to their jobs.

4. The need for childcare increased 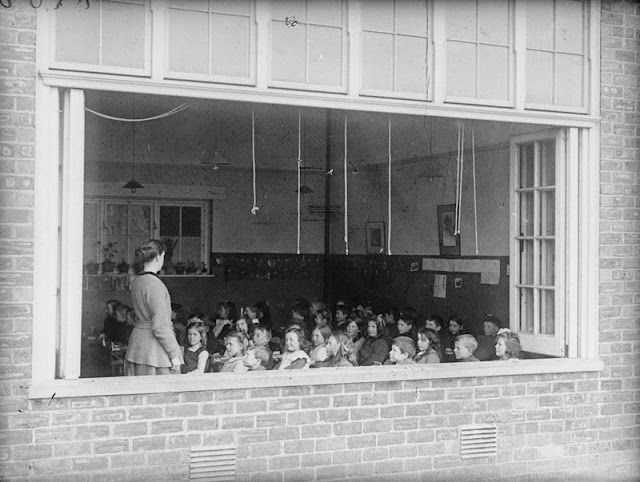 For women with children who wanted – or needed – to take on paid work, childcare could be a problem. The pressing need for women to work in munitions did prompt the government to provide some funds towards the cost of day nurseries for munitions workers, and by 1917 there were more than 100 day nurseries across the country. However, there was no provision for women working in any other form of employment and most had to rely on friends and family to help care for their children while they were at work. 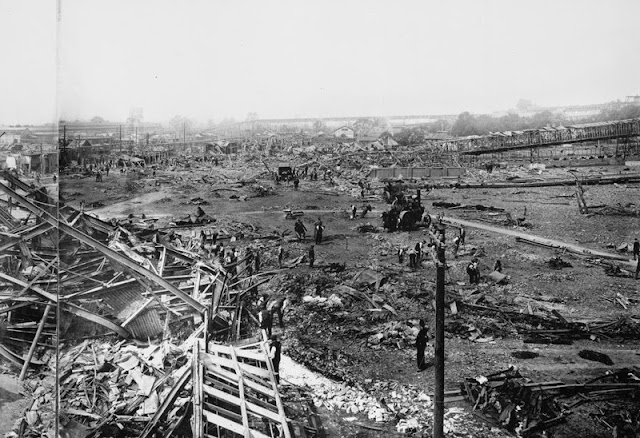 Munitions work was relatively well paid - especially for women previously employed in domestic service. But it was often unpleasant, dangerous and involved working long hours. Women in large shell filling factories worked with TNT. This poisonous explosive could cause a potentially fatal condition called toxic jaundice, indicated by the skin turning yellow. There were also several devastating explosions in which women workers were killed. The aftermath of one of the worst, at Chilwell, Nottinghamshire is shown in this photograph. 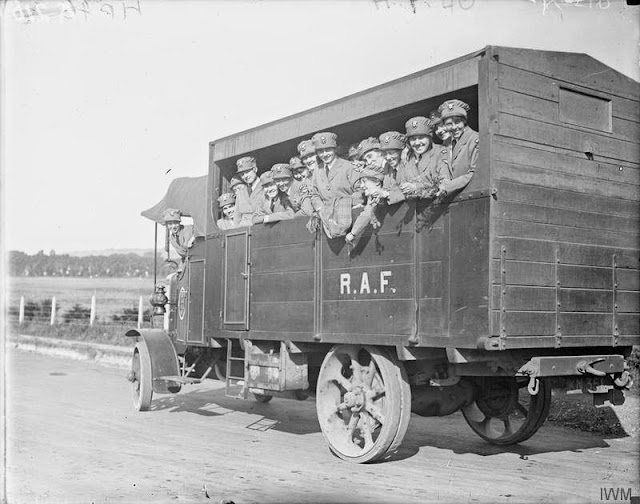 Pressure from women for their own uniformed service to assist the war effort began in August 1914. After a War Office investigation which showed that many jobs being done by soldiers in France could instead be done by women, the Women’s Army Auxiliary Corps (WAAC) was established in December 1916. In April 1918, the WAAC was renamed Queen Mary’s Army Auxiliary Corps. The Women’s Royal Naval Service was formed in November 1917 and the Women’s Royal Air Force was set up on 1 April 1918. In total, over 100,000 women joined Britain’s armed forces during the war. 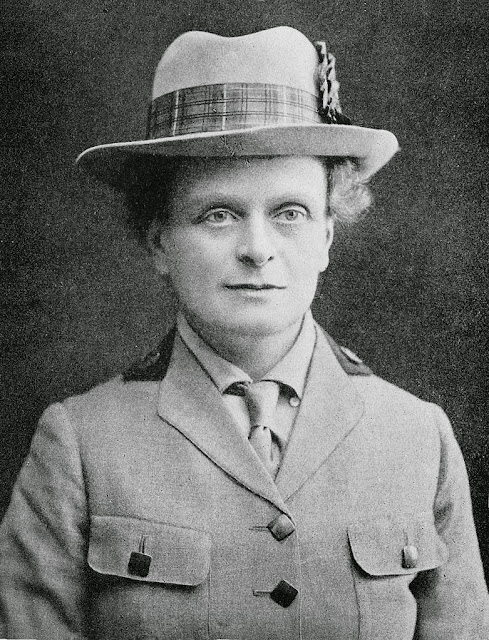 Even before the formation of the women’s services, some pioneering women made their own way to the front to help the war effort. In 1914, when the War Office turned down an offer of help from Scottish doctor Elsie Inglis with the words, ‘My good lady, go home and sit still’, she set up the Scottish Women’s Hospitals on the fighting fronts. Inglis herself went to Serbia to treat the sick and wounded. 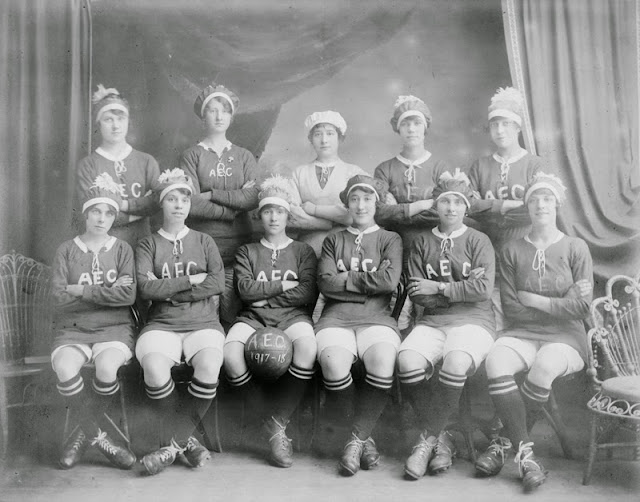 Working together in large numbers opened up new leisure and recreation opportunities for women. Sport was encouraged amongst female workers as it was thought to be good for their health and general moral wellbeing. Many munitions factories developed their own ladies’ football teams such as the one shown in this photograph. The most famous of these teams were Dick, Kerr's Ladies FC in Preston. Founded in 1917, their matches drew large crowds. They continued to enjoy success until women were banned from playing in Football League grounds in 1921. 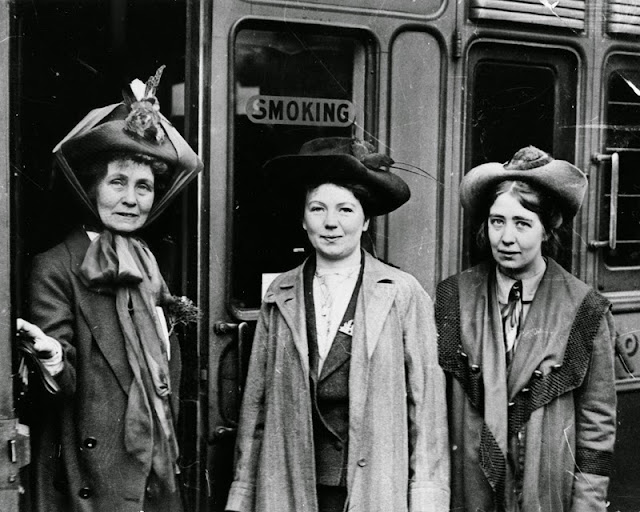 Christabel Pankhurst (centre) and her mother Emmeline (left) founded the Women’s Social and Political Union (WSPU) in Manchester in 1903. It used militant campaigning to try to gain women the vote. Its members were known as suffragettes. During the war, Emmeline and Christabel led the WSPU in supporting the war effort. By contrast, Sylvia Pankhurst (right) opposed the war and in 1914 broke away from the WSPU. 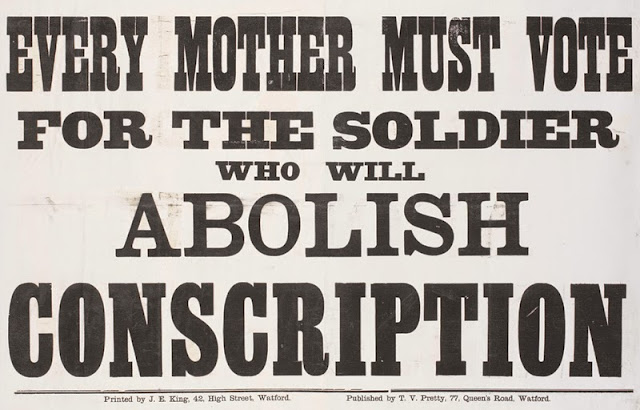 The Women’s Social and Political Union (WSPU) suspended campaigning for women’s suffrage during the war. This recognised the need to support the war effort, but also that such support could ultimately benefit the campaign. This tactic appeared to pay off. In February 1918, the Representation of the People Act gave the vote to all men over 21 years of age and to women over 30. However it was another ten years later before this was extended to women over 21. In December 1919, Lady Astor became the first woman to take a seat in Parliament.

11. Singledom went on the rise 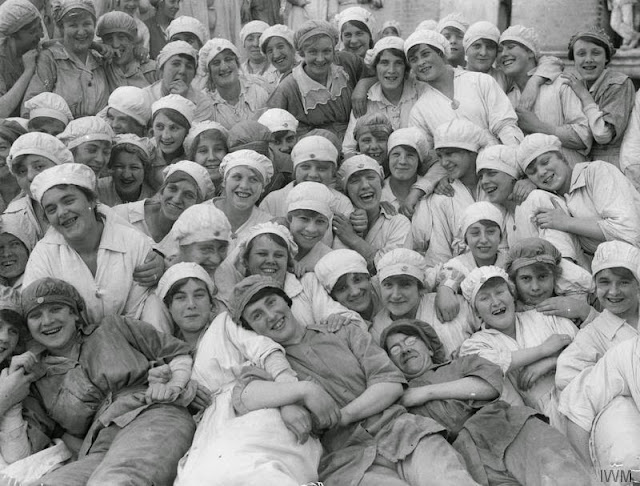 Over 750,000 British men died during the First World War - 9% of all British men under the age of 45. At the time - and in subsequent years - it was felt that the losses amounted to a 'lost generation' of young men. During the 1920s, newspaper headlines talked of 'surplus' women who would never find husbands. While many middle class women did remain unmarried due to the lack of available men in the relatively narrow social sphere in which they moved, some women in this period remained single by choice or by financial necessity. Professions such as teaching and medicine were opening up to women, but only if they remained unmarried. 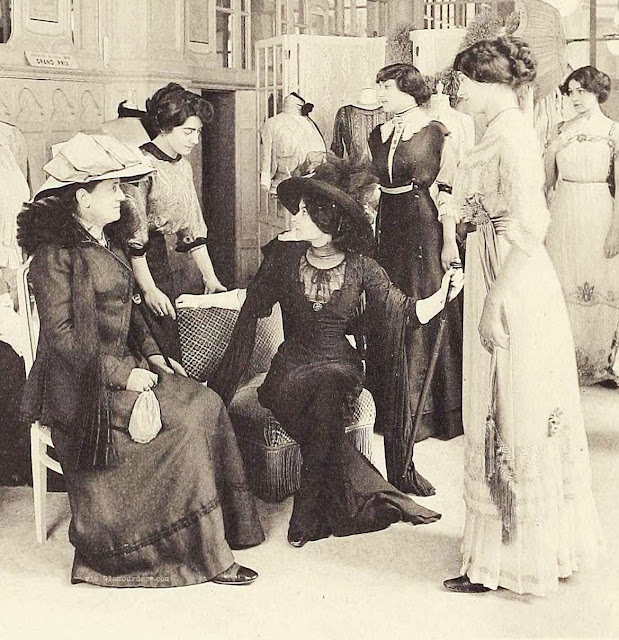 Women serving in the auxiliary services or working in manufacturing, transport and on the land wore a range of uniforms and clothes, sometimes including trousers. Although women’s fashions were already evolving by 1914, the move to more practical clothing during wartime undoubtedly accelerated the pace of change.

Posted by Yesterday Today at 11:59 AM