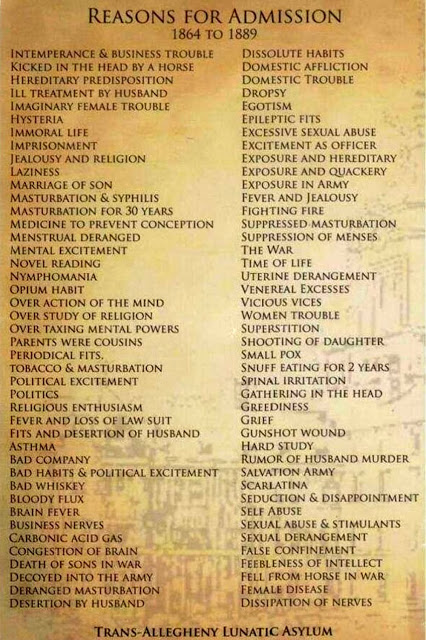 
According to Snopes, although this list is frequently posted as a joke, it is somewhat rooted in truth. The list was compiled from the log book of the West Virginia Hospital for the Insane, documenting admissions to that institution between 1864 and 1889 and has been published or referenced in several books and research papers. It has also been archived by the West Virginia Division of Culture and History. 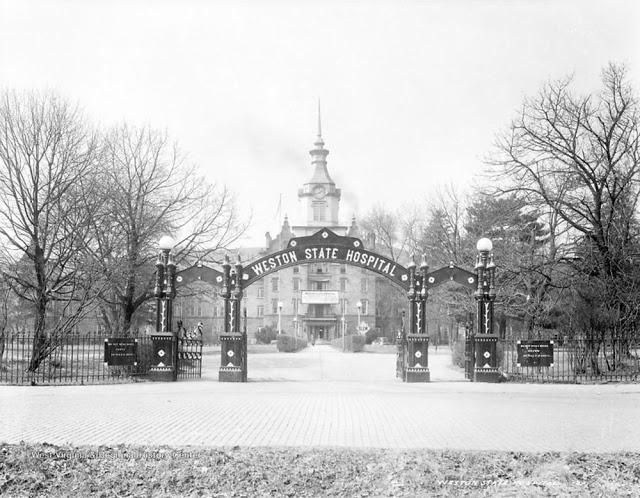 The Trans-Allegheny Lunatic Asylum (TALA) in the mountains of Weston, West Virginia, holds many dark and disturbing stories. Later known as the Weston State Hospital, TALA was a Kirkbride psychiatric hospital, constructed from 1858-1881 and in operation from 1864 until 1994. The main building is one of the largest hand-cut stone masonry buildings in the United States.

Although this list was sourced from a contemporaneous hospital log, its entries should not be considered as denoting things that were all considered symptoms of mental instability. Rather, among patients who were treated at West Virginia Hospital for the Insane for various illnesses such as chronic dementia, acute mania, and melancholia, these entries recorded the reasons or causes why those patients were said to have developed their underlying maladies. That is, people didn’t think that novel reading, asthma, the marriage of one’s child, politics, or falling from a horse were symptoms of mental illness, but rather factors that might have produced or exacerbated such an illness.

Posted by Yesterday Today at 2:55 PM