The word cowgirl originally emerged in the early 19th century. However, unlike the term cowboy, which defined a man as one who tended cows, herded cattle or worked in rodeos, the term cowgirl embodied an emboldened, pioneering spirit.

That is perhaps, because in those days it was virtually unheard of for a woman to perform the tasks of a cowboy. However, that didn’t stop some women in history from trying their hand at ‘man’s work.’

Some of the earliest examples of cowgirls in history are also the most recognized among American culture. Names like Annie Oakley and Belle Starr were legendary long before their stories made the big screen. 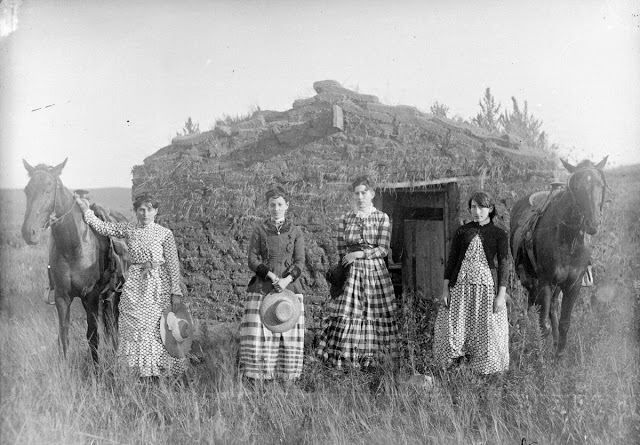 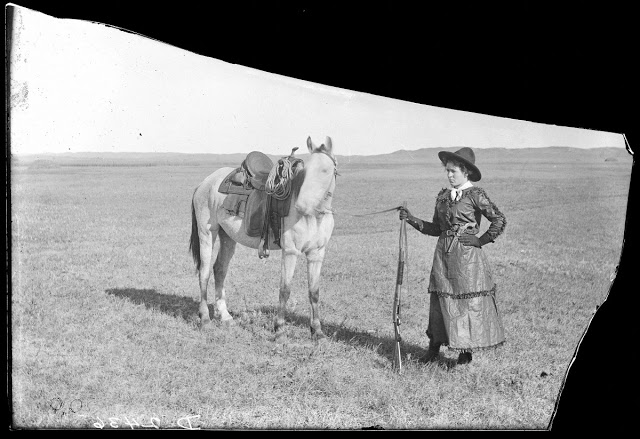 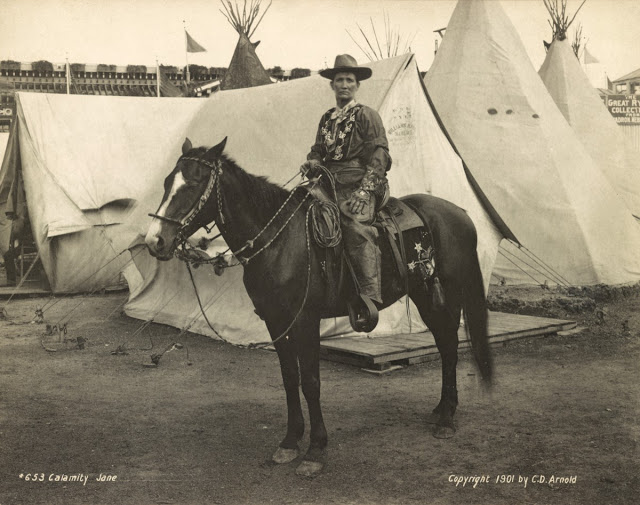 Calamity Jane at the Pan-American Exposition in Buffalo, New York, circa 1901. 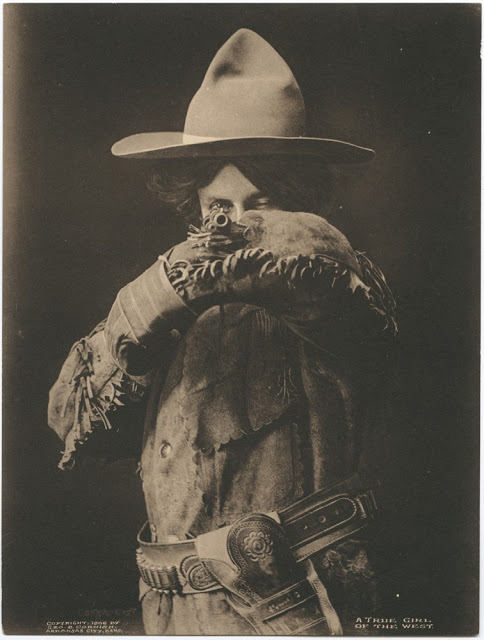 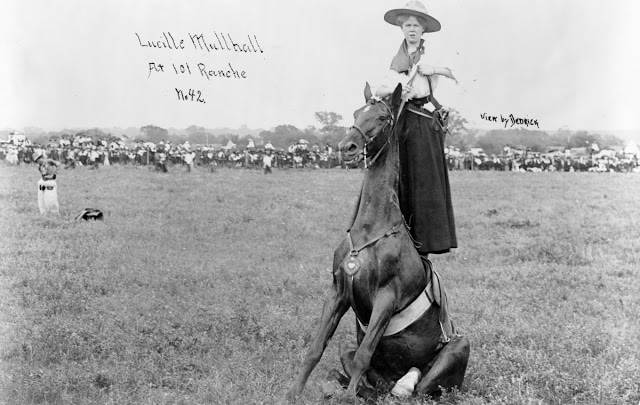 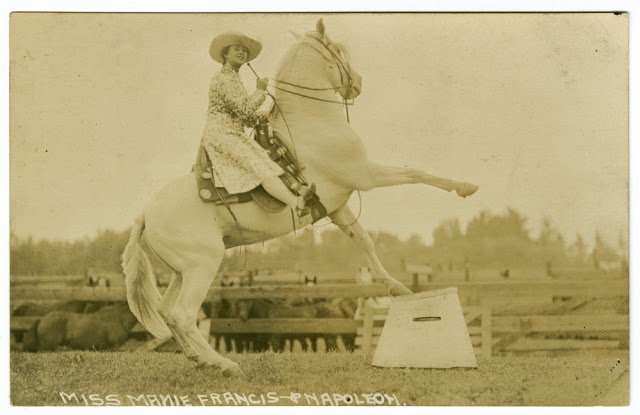 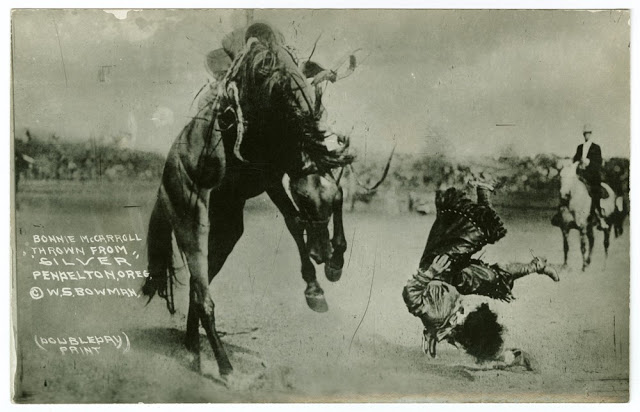 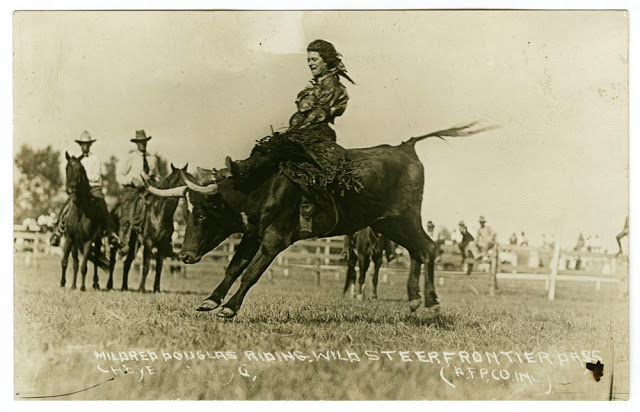 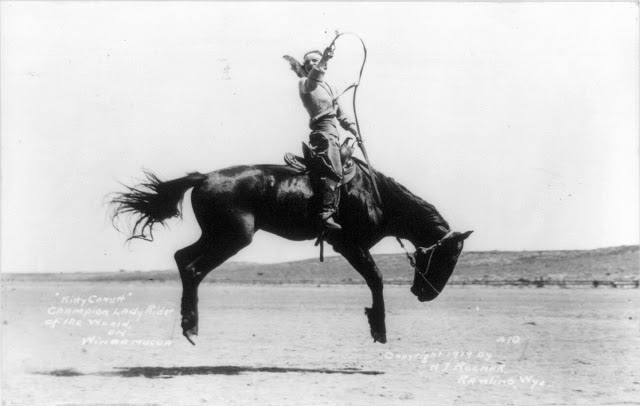 Kitty Canutt, “champion lady rider of the world on Winnemucca,” on a bucking bronco, in 1919. 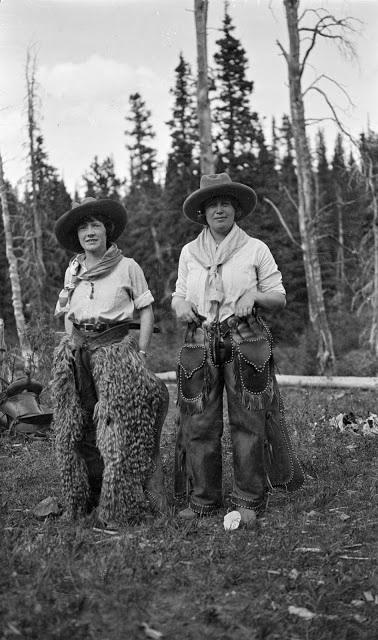 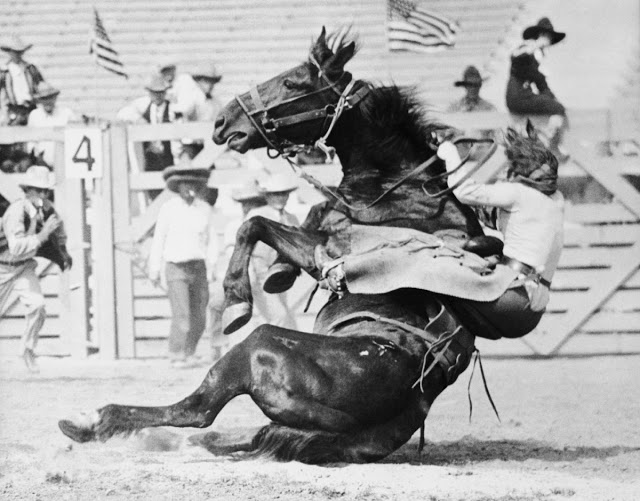 Fox Hastings, a cowgirl and trick rider, being thrown by Undertow, one of the meanest horses at the first annual Los Angeles Rodeo, circa 1920s. 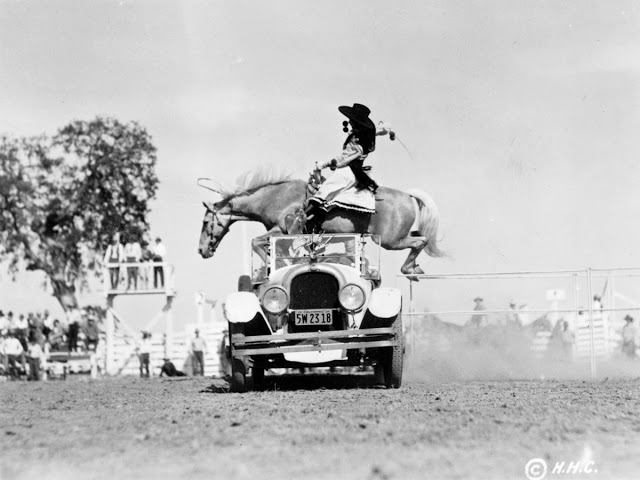 A woman and her horse hurdle a convertible at a California rodeo, circa 1934. 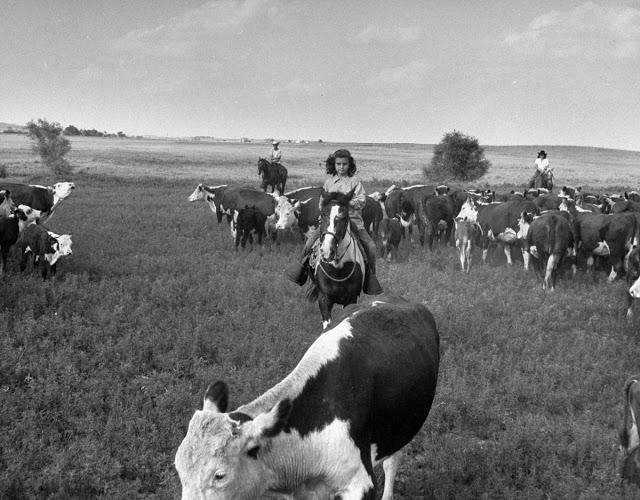 Cowgirl Kathleen Hudson, a member of the Junior Riding and Roping Club of Tulsa Mounted Troops, rounding up Herefords on the Oklahoma range in 1948.