In November, 1906, three women began a month-long apprenticeship in preparation for the Prefecture of Police examination that would qualify them to drive horse cabs in Paris. Several other women were accepted into the apprenticeship program soon afterward.

The course of studies was the same one that was required for male drivers. At the end of it the candidates had to demonstrate a thorough knowledge of horse medicine, horse handling, the newly-introduced taximeters, the driving code and the geography of Paris and its suburbs.

The novelty of riding in a cab driven by a woman attracted so many customers that it was rumoured that male drivers were dressing up as women to cash in on the fad. The women inspired topical jokes and music hall sketches and there was even a short movie made about them.

Luckily for us, the femmes cocher phenomenon coincided with an international postcard mania which reached its height between 1900 and 1918. The mania reflected an insatiable public hunger for pictures, a hunger which illustrated magazines and newspapers did not yet monopolize.

Probably 200 or more femmes cocher postcards were published. Most carried photos of the first women drivers to appear on the streets, but there were also cartoons and other humorous cards on the femmes cocher theme.

The publicity generated by the first femmes cocher attracted more women to the cab trade and by the summer of 1907 there were estimated to be forty women driving cabs in Paris with another twenty applicants accepted into the apprenticeship program.

However, many of the women quickly dropped out of horse-cab driving. By the end of 1908 there were only twenty women driving cabs and only two women enrolled as apprentices.

One of the women, the aristocratic Mme. Lutgen, was pressured by her scandalized family into giving up her job. Another chose to quit driving at the insistence of her fiance and a third abandoned her driving career when she inherited a small fortune.

But most of the women who left the horse-cab trade were reportedly discouraged by accidents, by disputes with police and customers and by the hostility of male drivers. 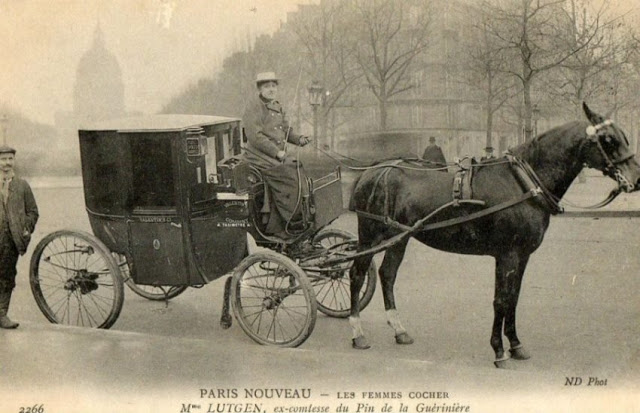 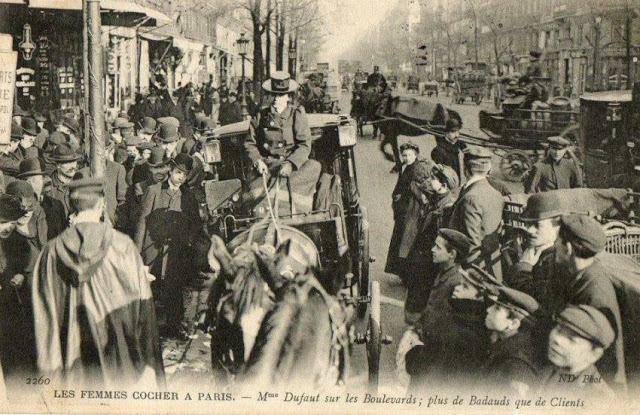 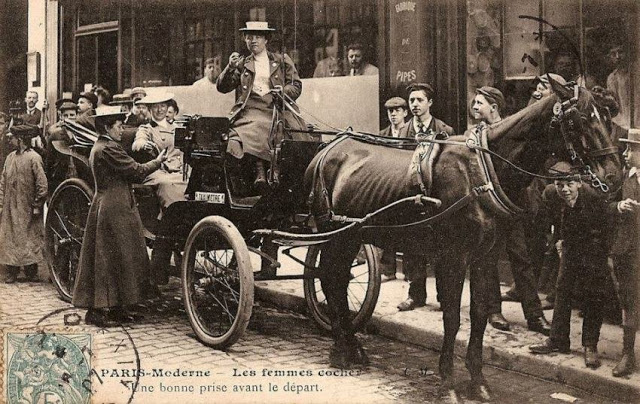 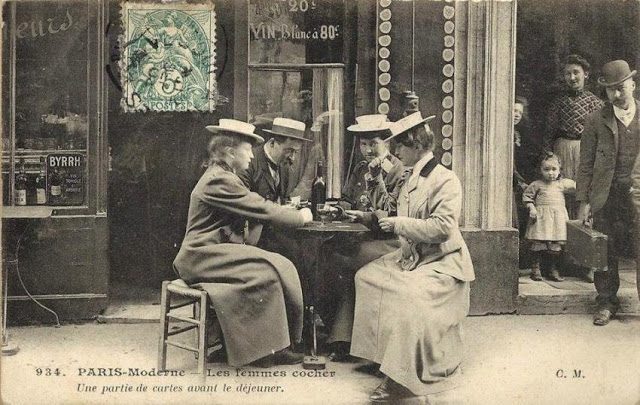 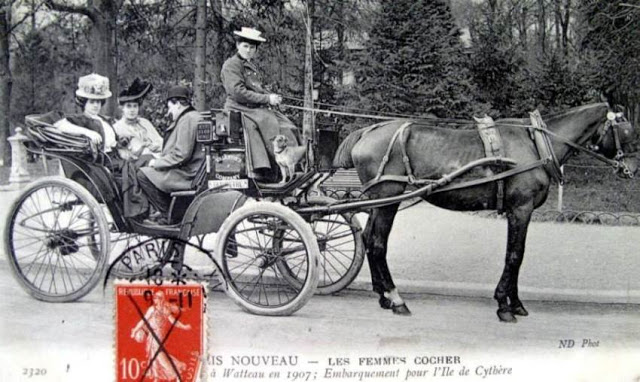 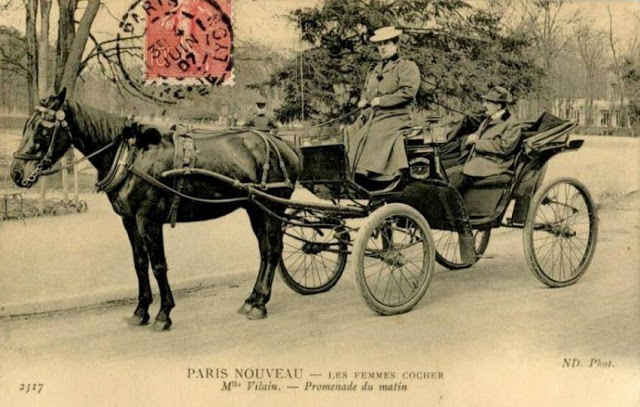 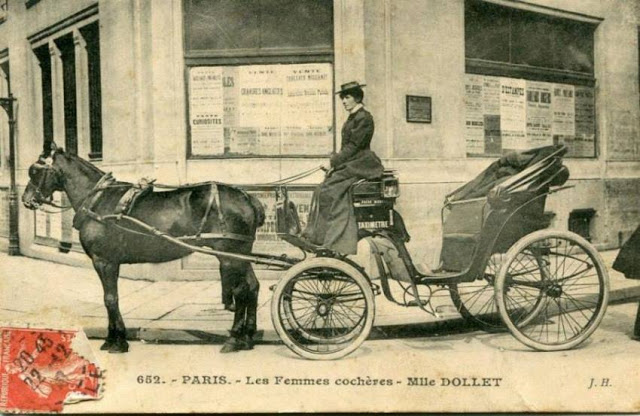 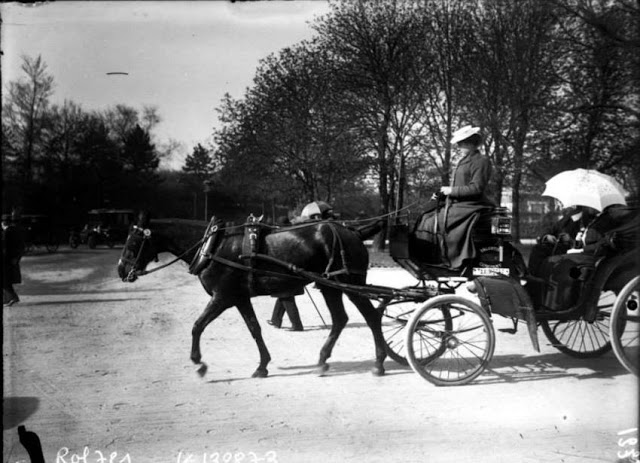 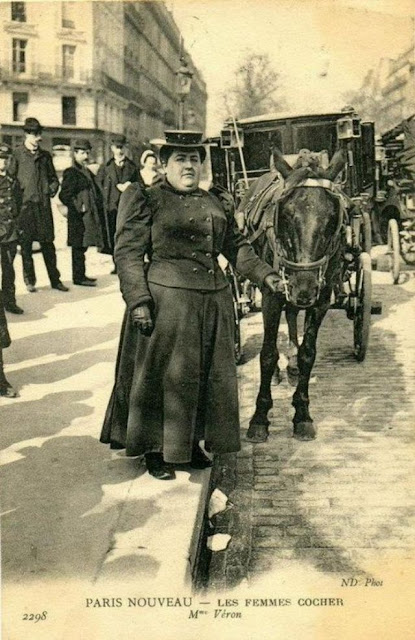 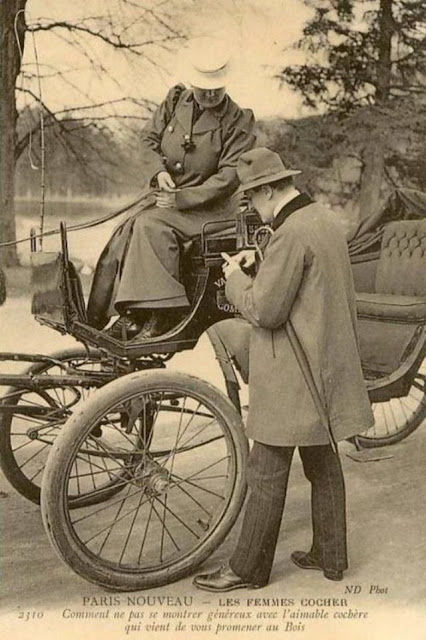 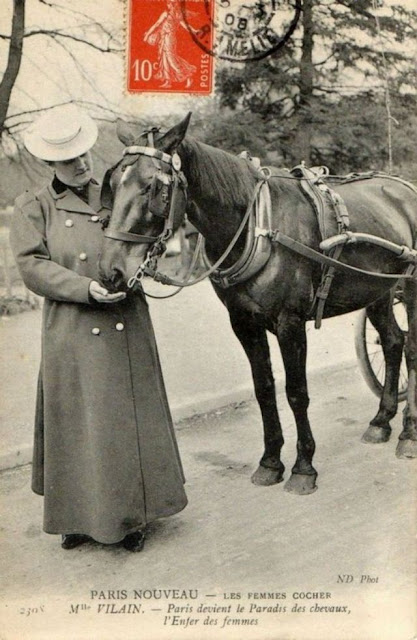 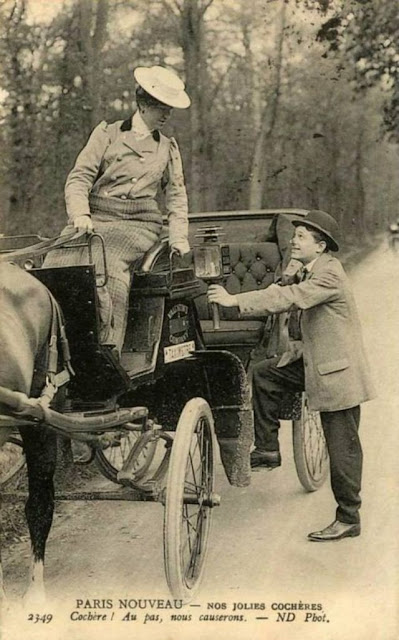 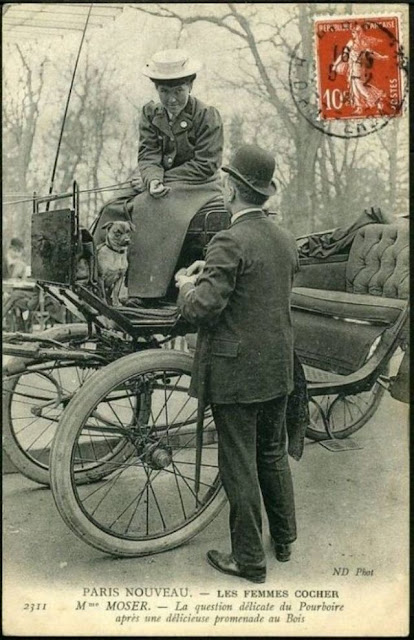 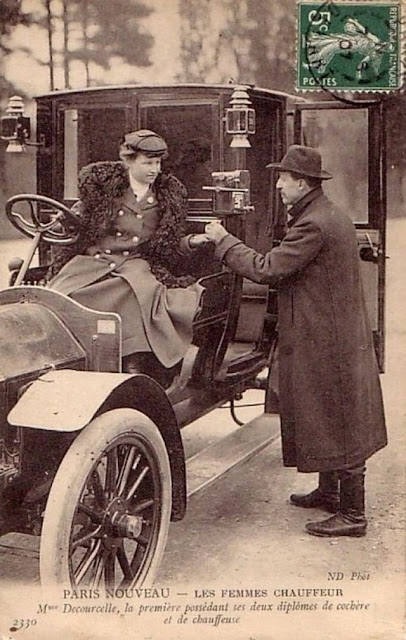 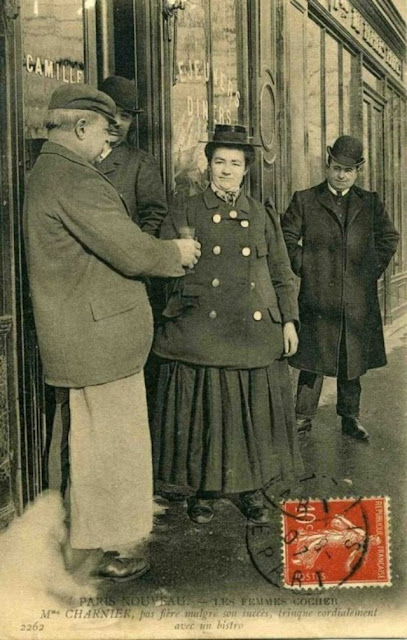 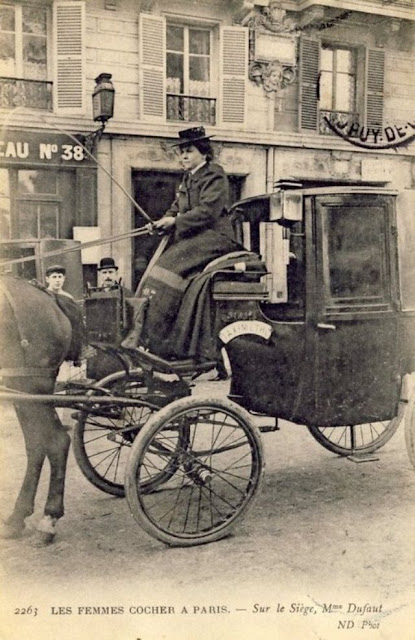 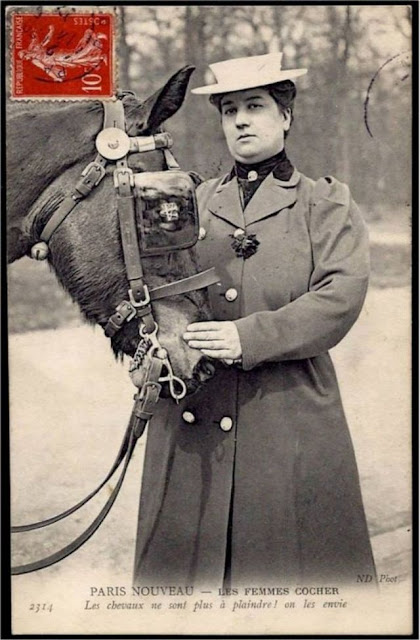 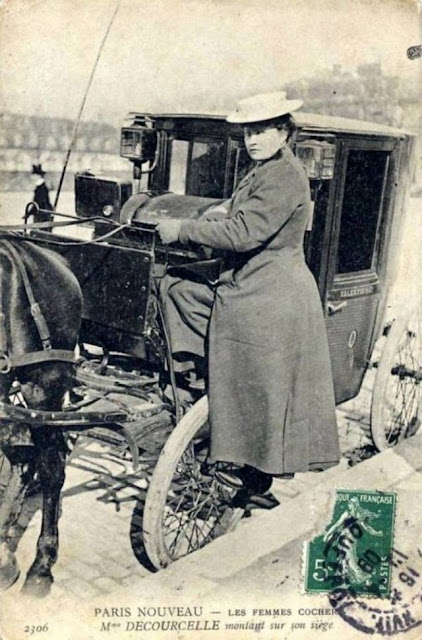 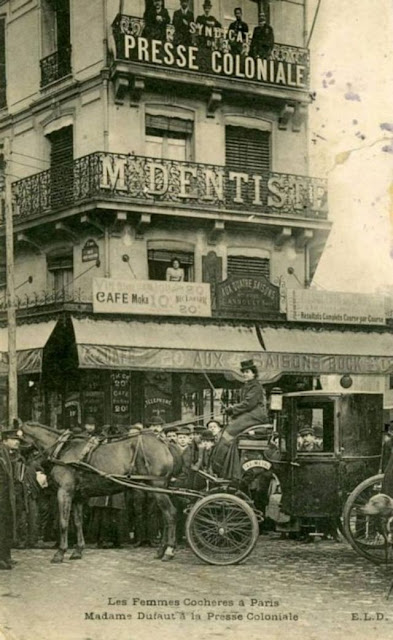 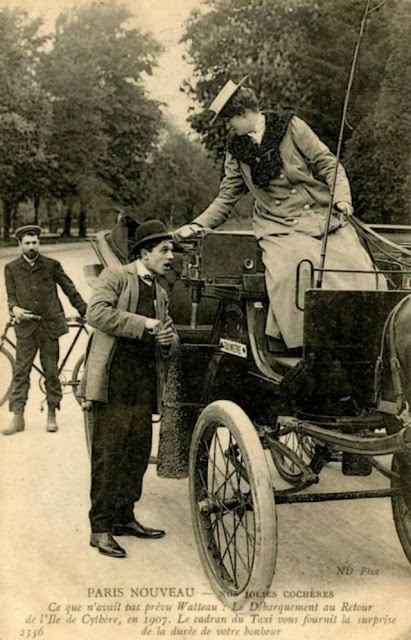 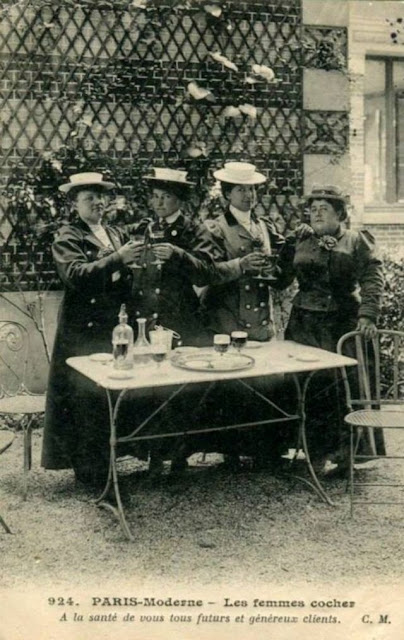 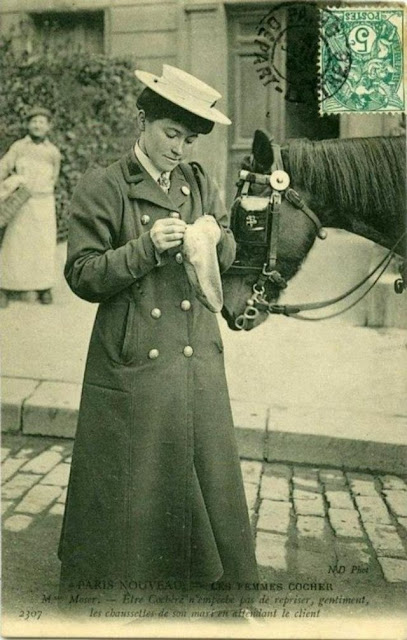 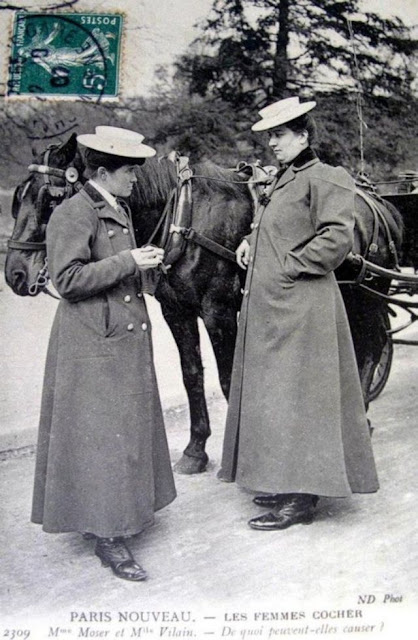 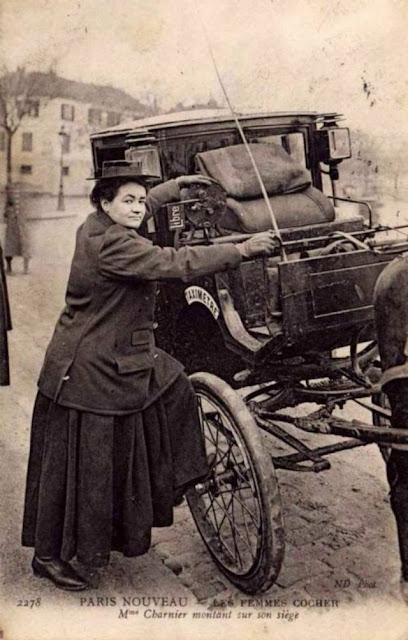 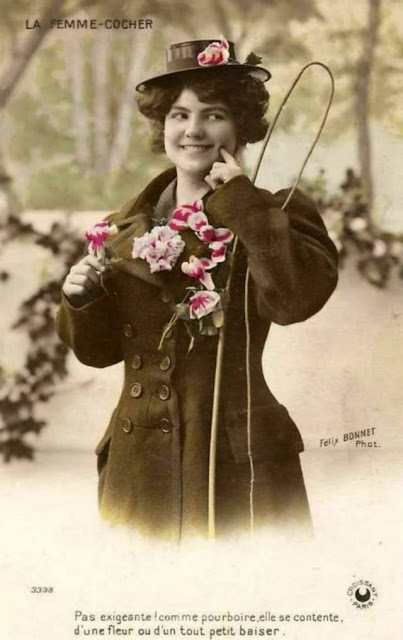 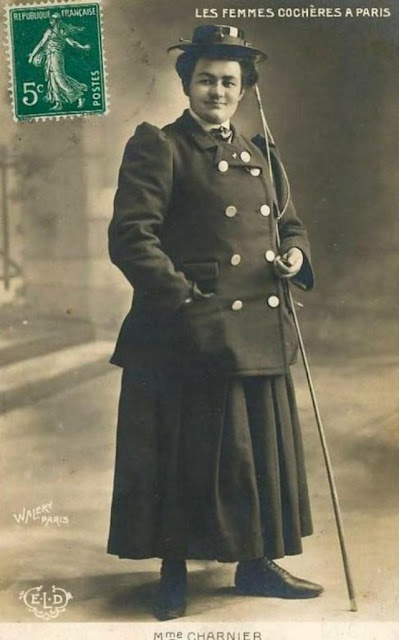 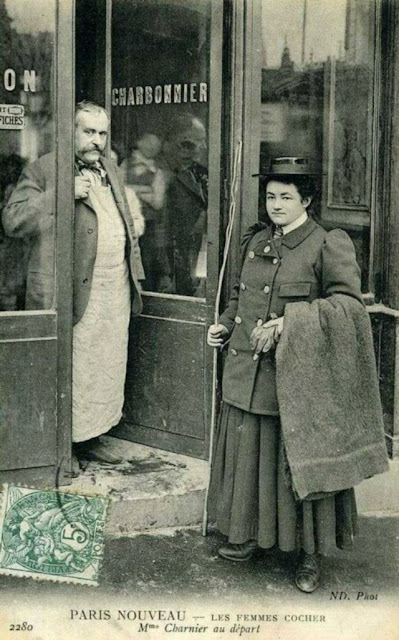 Posted by Yesterday Today at 12:13 PM