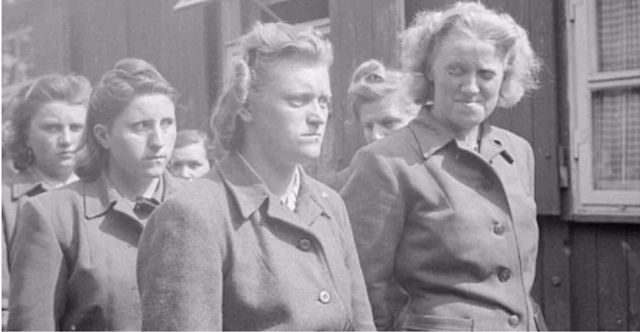 The women who filled the role usually had no relevant work experience and were often former teachers, hairdressers or worked in other female jobs. At first, women signed up of their own accord, but as time passed, they were recruited from newspaper ads asking them to show their spirit for Hitler’s empire.

The SS was looking for single women who were between 21 and 45. Many people might believe that the women were more lenient with the prisoners, but that is not so. The female guards were just as corrupt as the men.

Recruits began their training at the Ravensbruck Camp outside Berlin. It lasted anywhere from one to six months and then the women were sent to one of the camps. During their training, the recruits learned how to punish prisoners, and how to maintain the work speed of the laborers. Recruits were taught in group classes by the head wardresses. 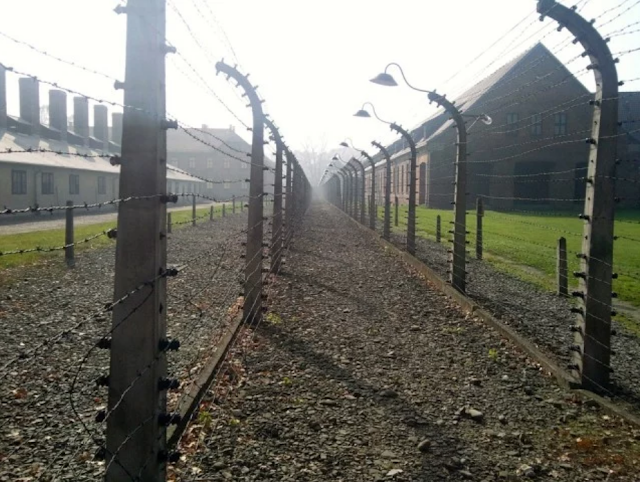 Women were limited to guarding only female prisoners. As such, they oversaw the women performing the forced labor, while ensuring everyone was following the camp’s strict rules. The guards were abusive, often attacking prisoners over minor issues. 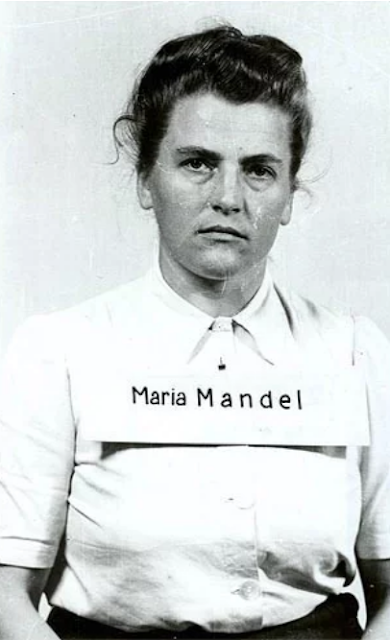 Perhaps the most evil of all the female guards was Maria Mandl, aka The Beast due to her actions. Mandl was responsible for over 500,000 deaths at Auschwitz and was a top-ranking official there. 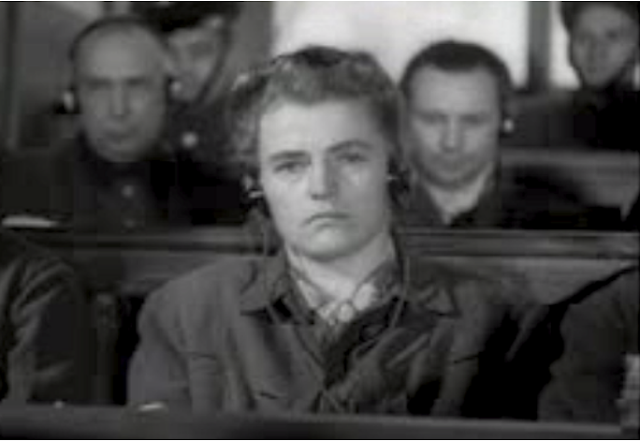 Mandl’s favorites for execution were children. She enjoyed the selection process for executions so much that she created an orchestra that played when prisoners came to the camp on their way to be executed. She believed it helped the prisoners deal with what was about to happen to them while making her job easier. In 1945, Mandl was arrested by the US Army and then she was hung in 1948 for her appalling actions. 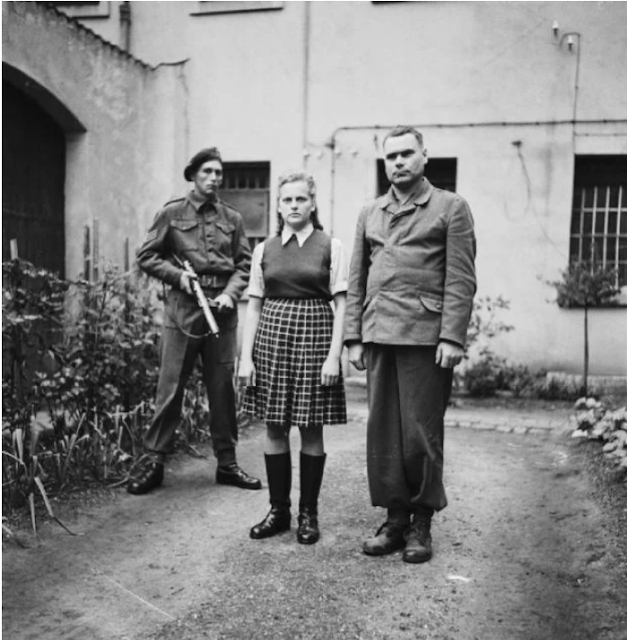 Irma Grese and Josef Kramer in prison in Celle in August 1945.

Other infamous female guards such as Irma Grese met the same fate. Irma Grese was known as The Beautiful Beast, as well as The Blonde Angel. Like Maria Mandl, she earned her name through her actions. Many prisoners though her to be attractive, but she was one of the most brutal of the female guards.

Grese had a specific look to her. She carried a pistol and whip, and always wore black leather boots. She was in control of around 30,000 women and was the second-most superior guard at her camp. When Grese was put on trial by the British, her war crimes were revealed by those she had abused.

They claimed Grese ordered beatings and random shootings of prisoners. Grese was said to have ordered inmates to gas chambers and to have her starved dogs attack prisoners. Those who were speaking against her while she was on trial stated that they felt she took pleasure in all of the evil she was doing. 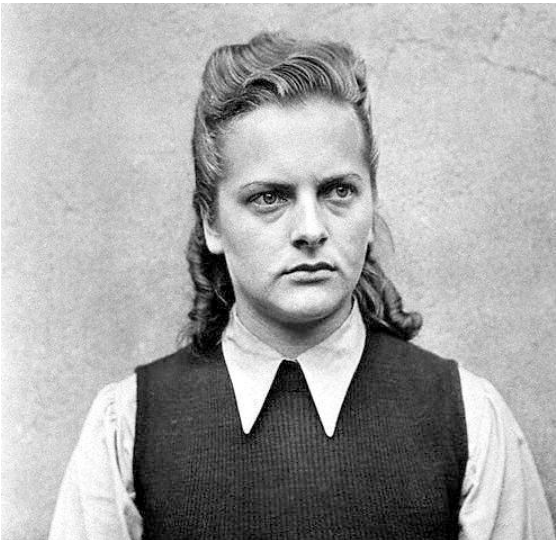 Several people claimed she had lampshades in her hut that had been made from prisoners’ skins, but that has since been disputed. Irma Grese was hung by the British in 1945 and was the youngest woman to die, aged 22, due to British law in the 1900s.

The brutality spared no one, and if it did, it was made sure that the guard being too lenient was handled. Klara Kunig, a guard at Ravensbruck, was told by the head wardress that she was not tough enough with the prisoners and she was relieved of her position. 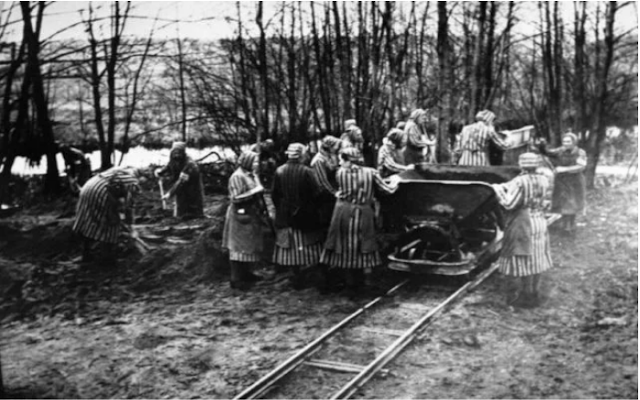 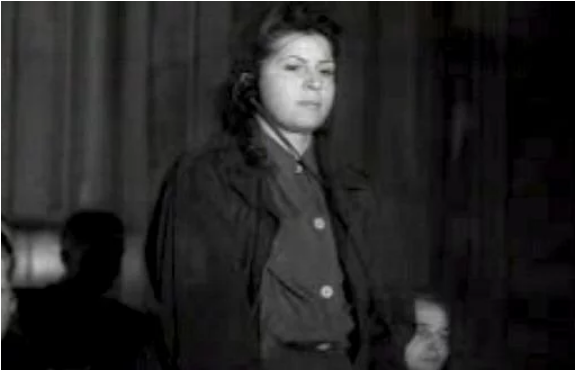 There may still be female guards alive to this day. Luise Danz was a guard at several camps in Poland. She was initially sentenced to life in prison but received amnesty several years later. She was re-arrested on new charges in 1996, but the charges were dropped. It is not known for certain if she is still alive.

In 2006, a female guard, Elfriede Rinkel, was deported from the US back to Germany. Rinkel had gone to the United States in the late 1950s seeking a better life and omitted having worked in Ravensbruck camp on her application. Although sent back to Germany she did not face trial as only murder charges, committed during WWII, are still undertaken there.

There has not been a trial against a female concentration camp guard since 1996.

(via Warhistoryonline.com)
Posted by Yesterday Today at 11:08 AM