Amazing Photographs of World War I in 1914 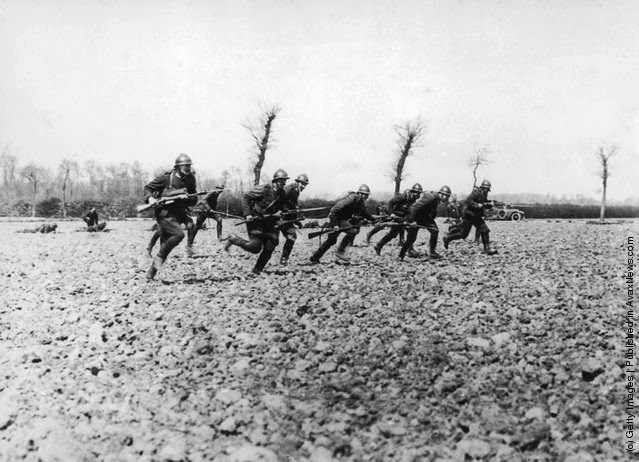 Belgian soldiers make a charge near the River Yser during World War I, circa 1914. 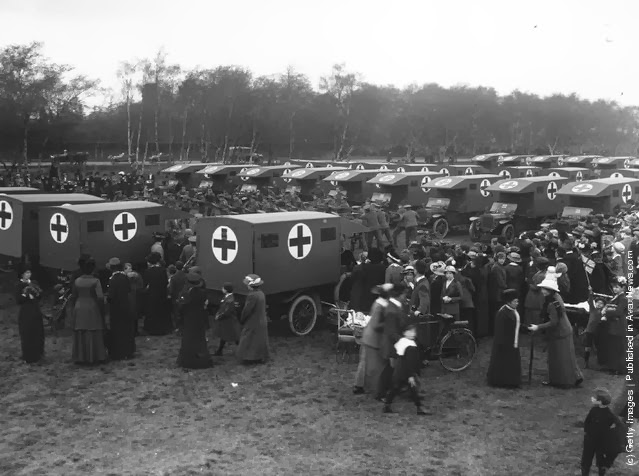 Civilians watch as troops practice amongst a convoy of ambulances at Pilthey. 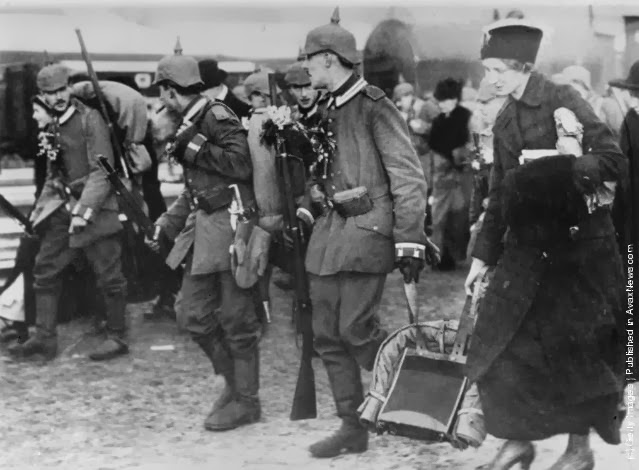 German soldiers marching to the front during the first World War. A woman helps one man with his pack. 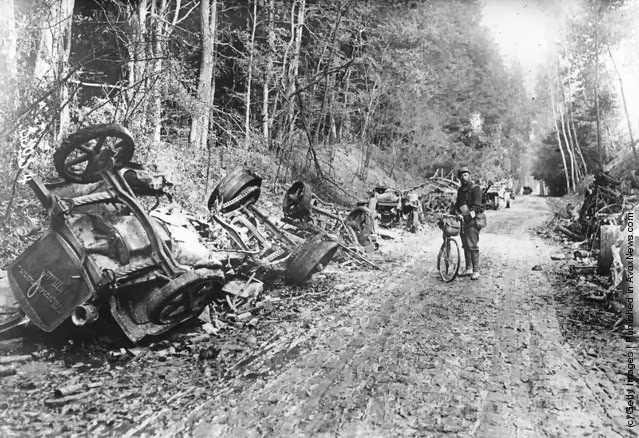 A lone soldier with a bicycle stands amid the remains of a German motor convoy which lines a country lane after an attack by French field guns in the battle of the Aisne in France. 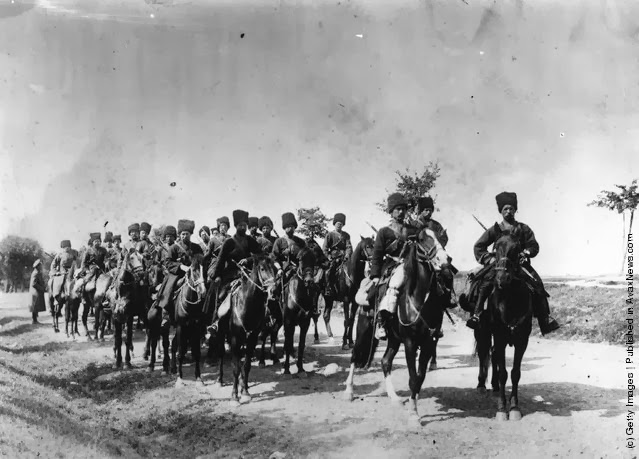 Russian cossacks on the march. 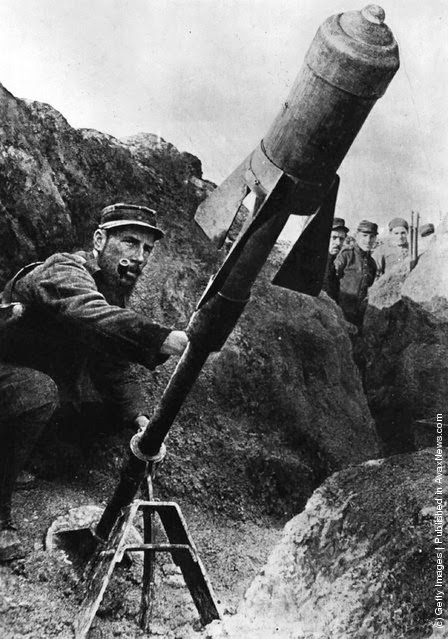 A French air-torpedo being fired from the trenches. 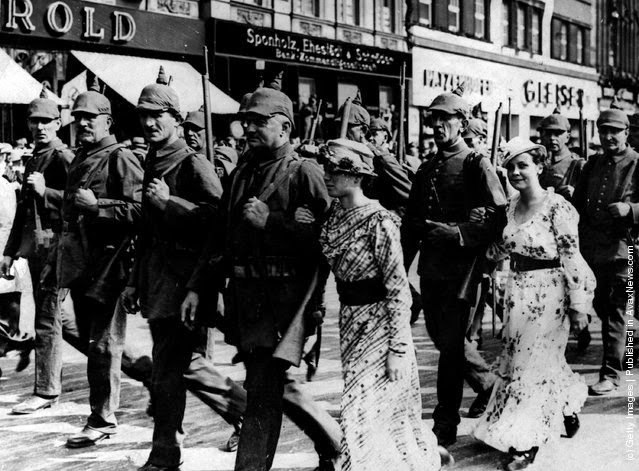 Soldiers accompanied by their wives and girlfriends on the march during the mobilization of German forces. 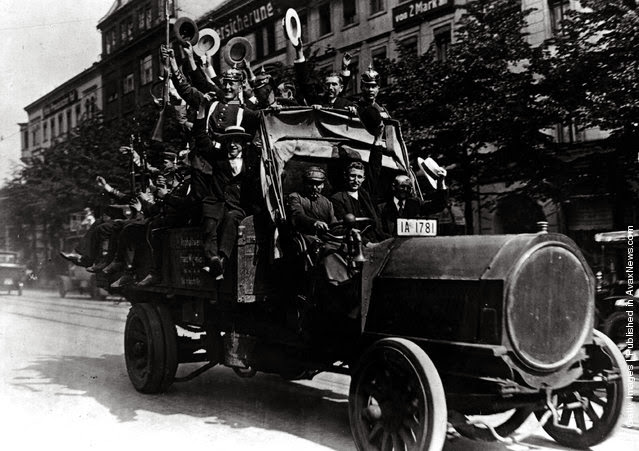 German army Reservists waving and cheering as they rush to join. 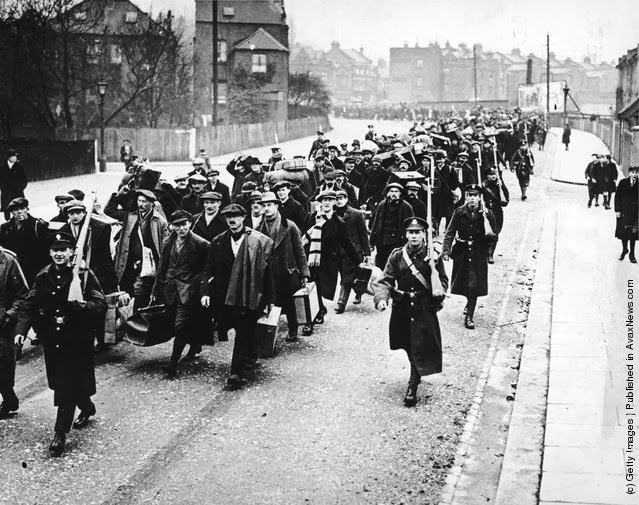 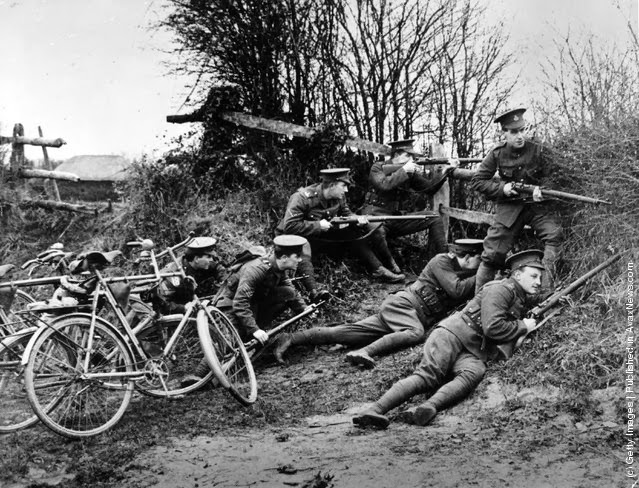 A group of new recruits in training for service in the British Army during World War I. 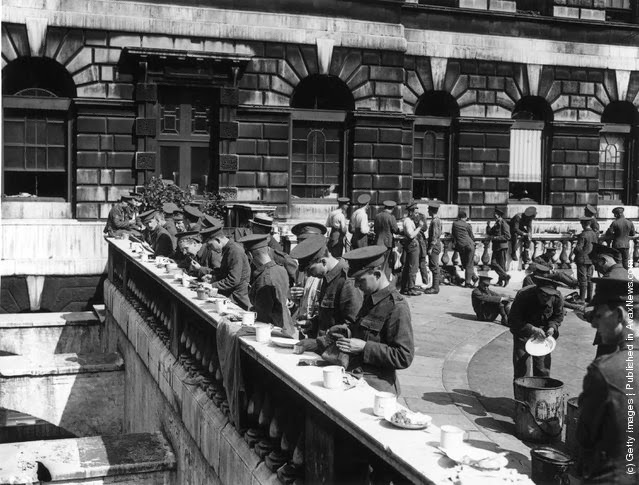 Members of the Territorial army having a meal outside Somerset House, London. 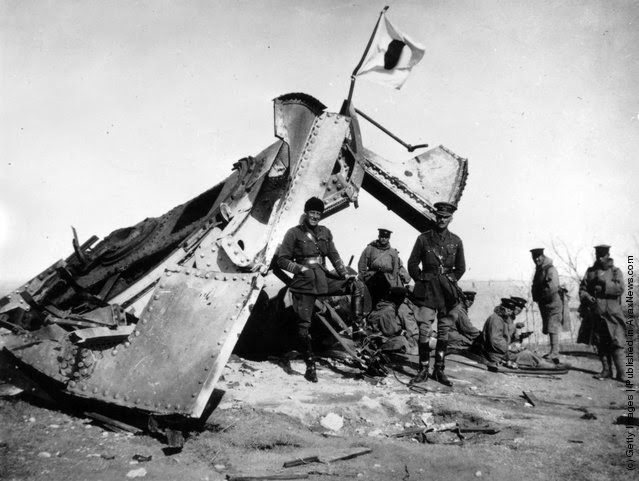 British and Japanese officers stand by a Japanese flag flying over a wrecked German gun after the siege of Tsingtao. 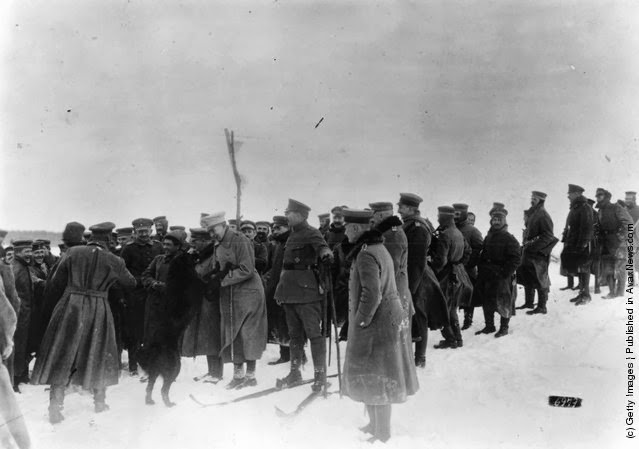 German and Russian troops in a neutral area during a concert by a German military band. 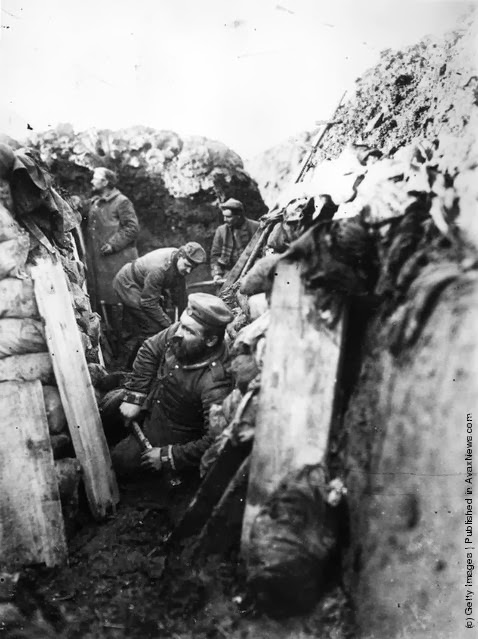 German soldiers in the trenches during WWI. 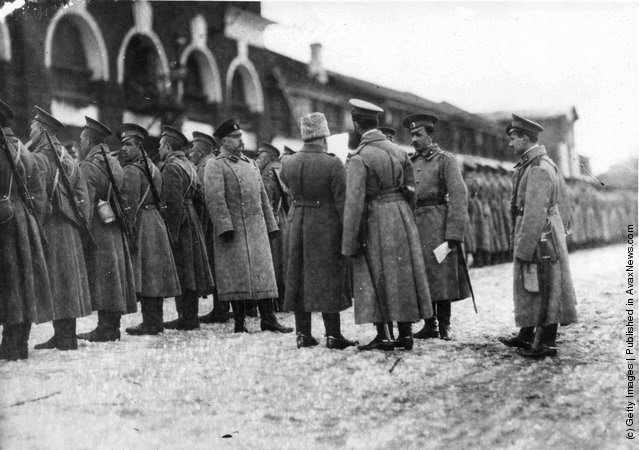 Russian generals and troops in WWI. 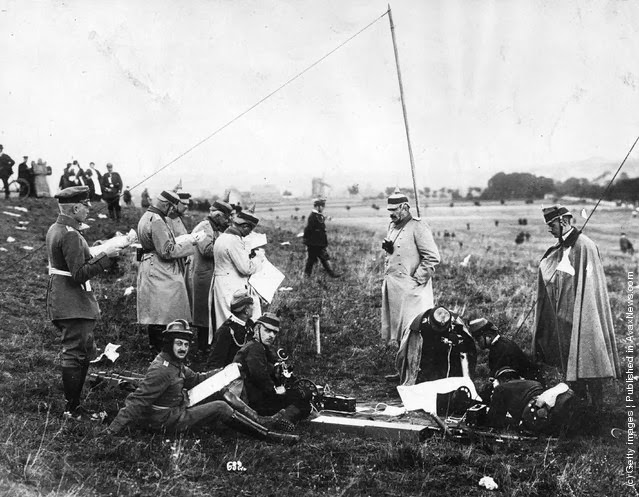 German officers discussing the possibility of sending an airman of the 1st Army Corps to spy out enemy forces. 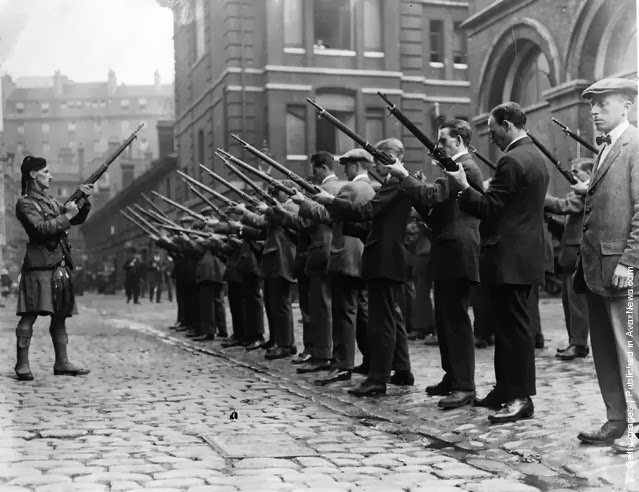 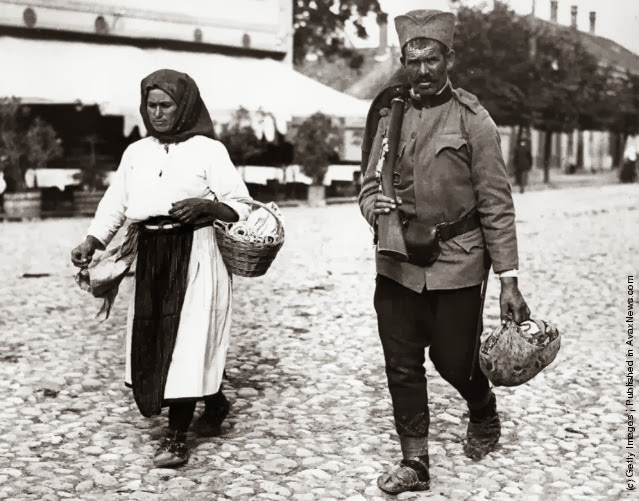 A Serbian soldier of to the front is accompanied to the station by his wife. 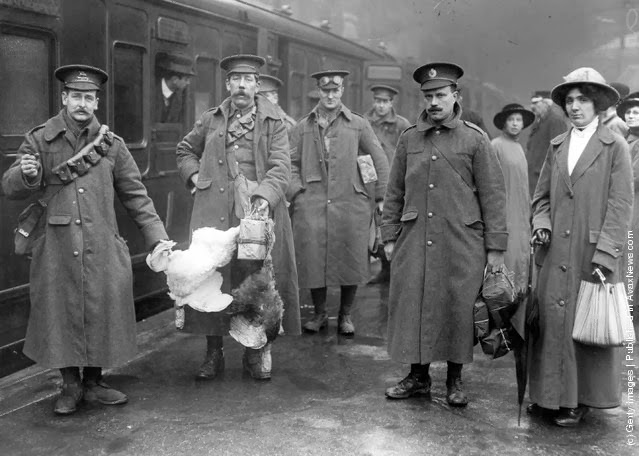 Soldiers, including two recruits who have brought some chickens, at Victoria prepare to board the train for the battle front. 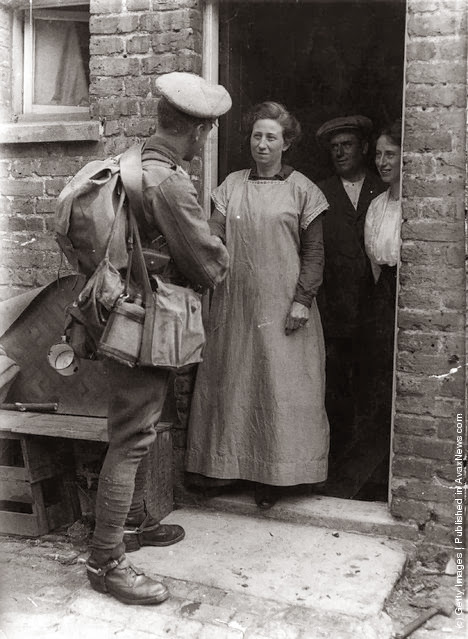 A British soldier says goodbye to his family before leaving for the war. 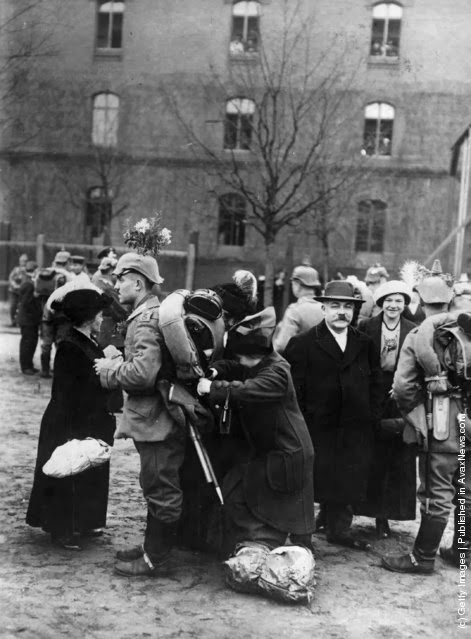 A soldier with flowers on his helmet and equipment on his back prepares for departure during the mobilization of German forces. 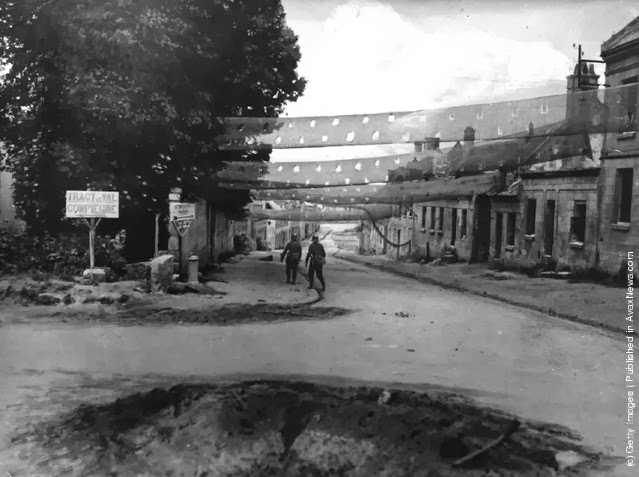 Camouflage netting, wire netting covered with sacking or other material toning with the street, and stretched from house to house, render the two German soldiers invisible to aerial observers. This form of aerial camouflage was widely used by both sides during the Great War.

Posted by Yesterday Today at 3:05 PM

Email ThisBlogThis!Share to TwitterShare to FacebookShare to Pinterest
Labels: war, World War I