15 Animals That Served in the First World War

Over 16 million animals served in the First World War. They were used for transport, communication and companionship. Animals were not only used for work. Dogs, cats, and more unusual animals including monkeys, bears and lions, were kept as pets and mascots to raise morale and provide comfort amidst the hardships of war. 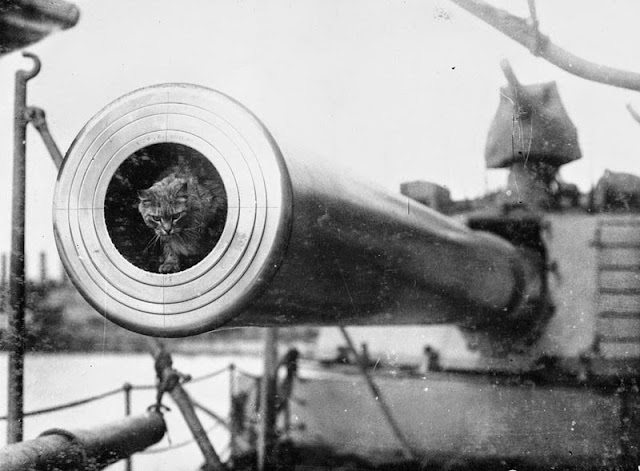 Togo, the cat mascot of the battleship HMS Dreadnought. 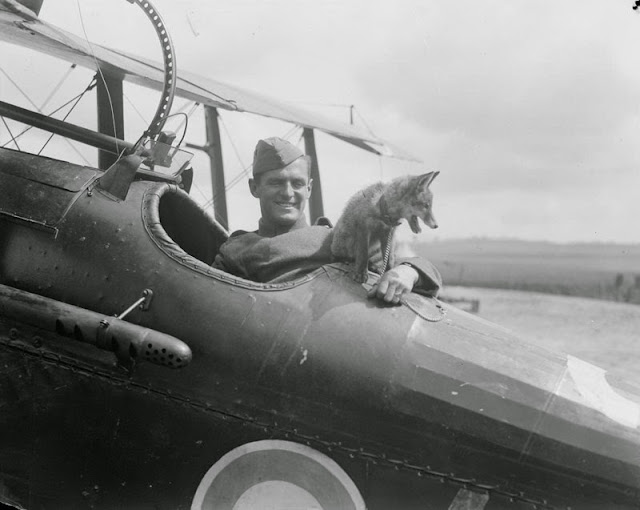 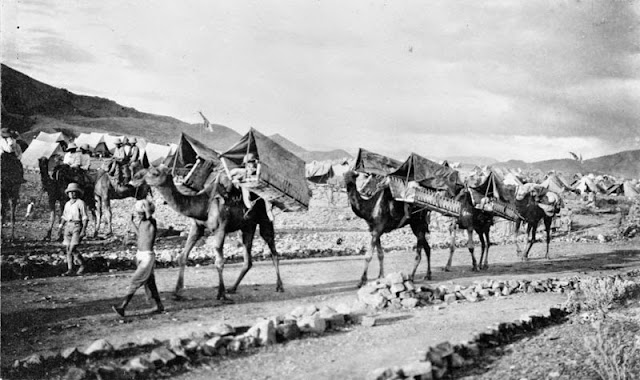 Camels carrying wounded men to safety on the North West Frontier of India, 1917 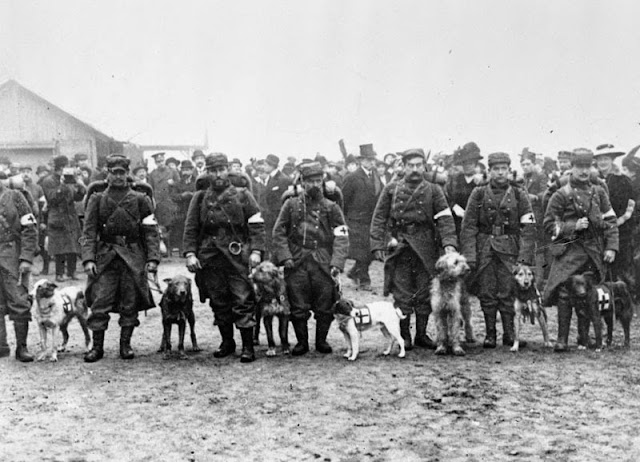 French Red Cross dogs line up for inspection on the Western Front, 1914. 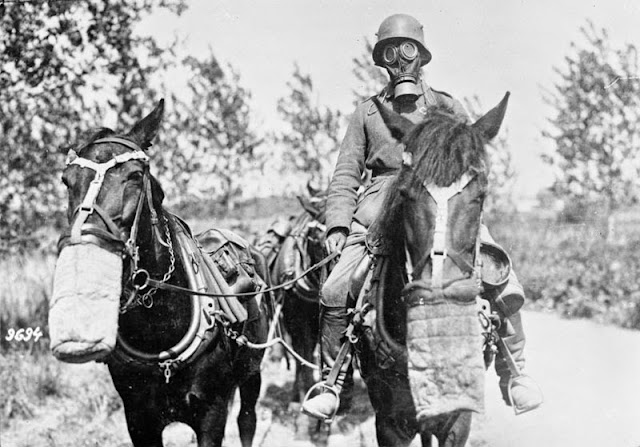 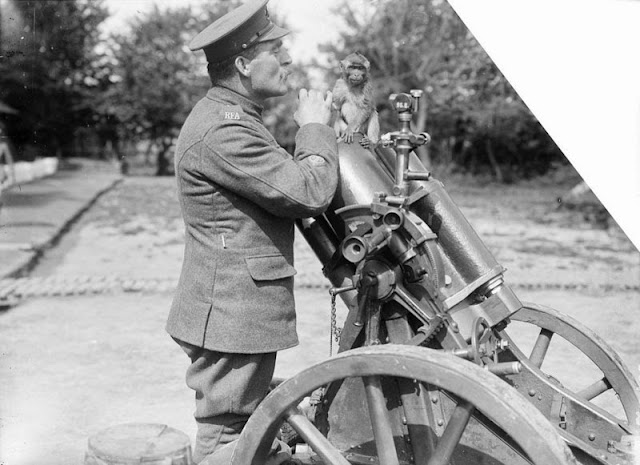 The monkey mascot of the Third Army Trench Mortar School sits on a captured German trench mortar, 20 May 1917. 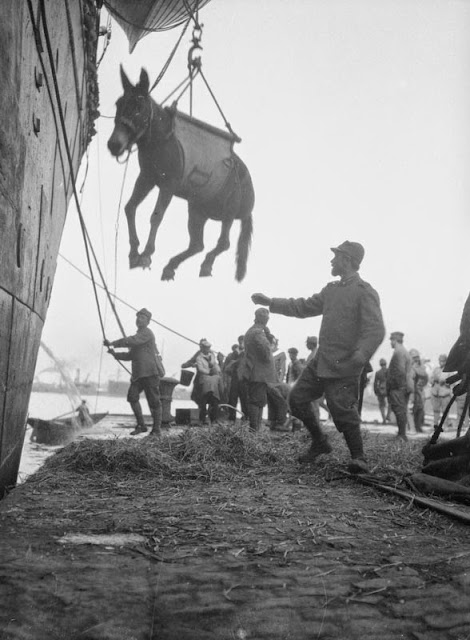 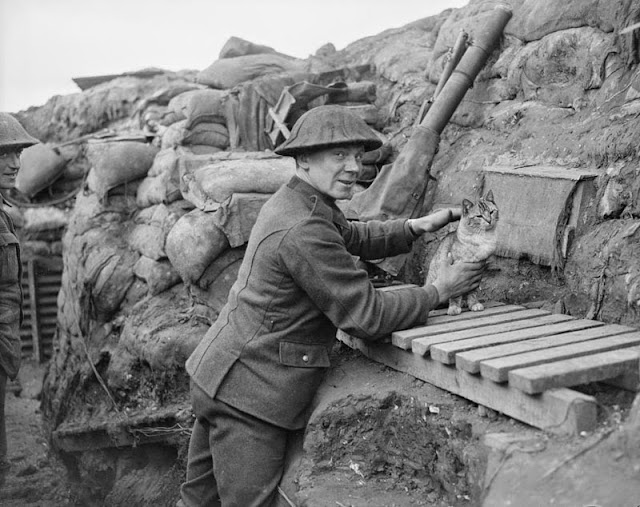 A gunner of the York and Lancaster Regiment with the regimental cat in a trench near Cambrin, France, 6 February 1918. 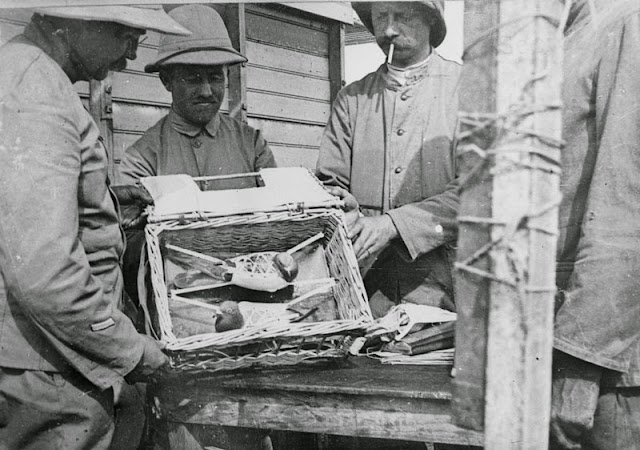 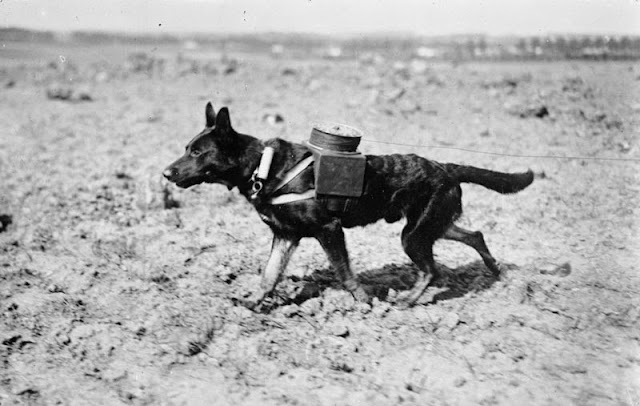 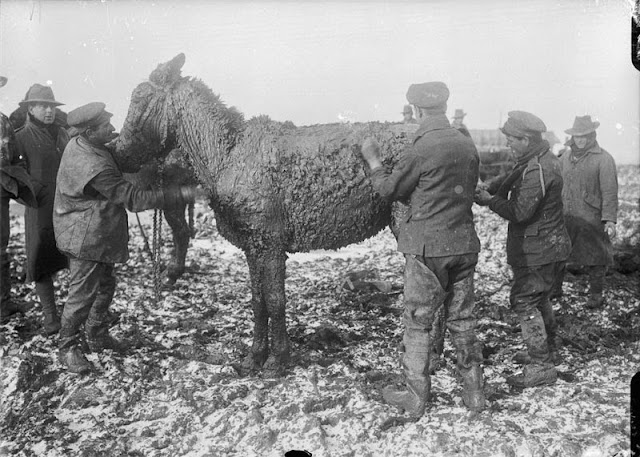 British troops scraping mud from a mule near Bernafay Wood on the Western Front, 1916. British military authorities tried to ensure that animal handlers cared for their animals properly. 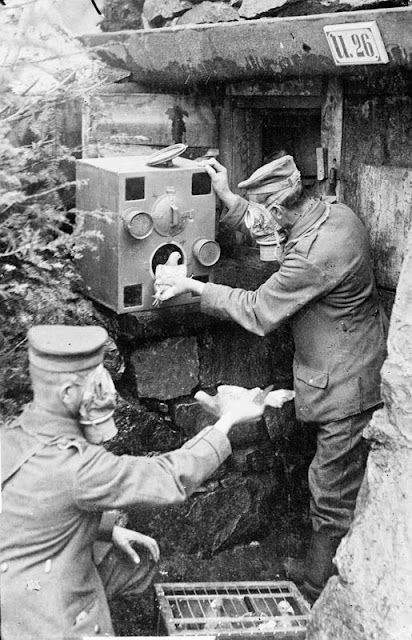 German soldiers wearing respirators as they place carrier pigeons into a gas-proof chamber, presumably during an anti-gas drill. 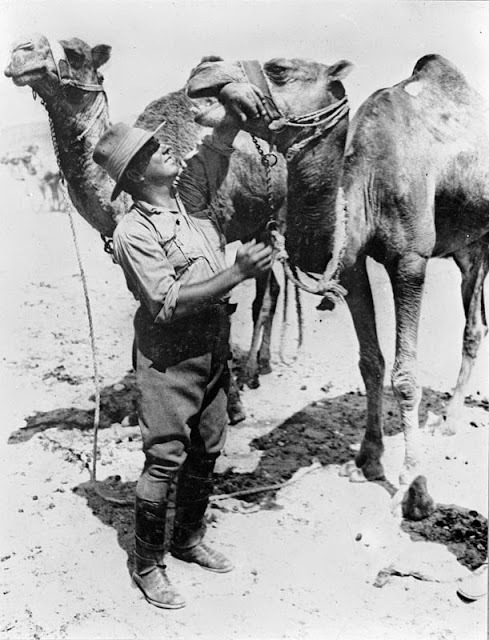 An Australian demonstrating the docility of his camel by putting his wrist in its mouth, Egypt, 17 September 1917. 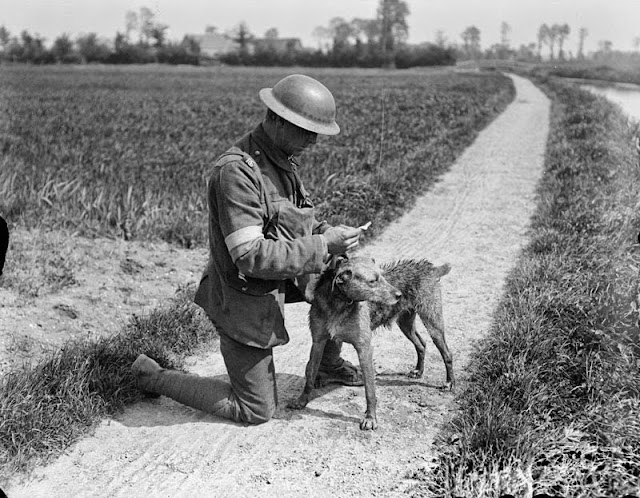 A dog handler of the Royal Engineers (Signals) reads a message brought to him by a messenger dog, France, 19 May 1918. 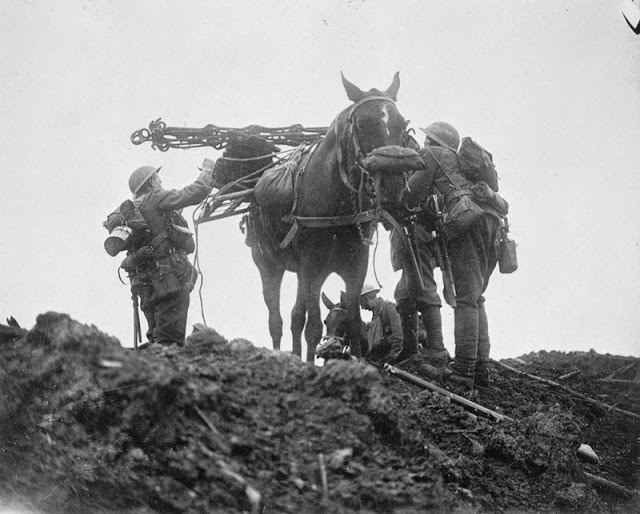 A pack horse with a gas mask is loaded up with equipment during the Battle of Pilckem Ridge, Belgium, 31 July 1917.

(via Imperial War Museum)
Posted by Yesterday Today at 10:36 AM