17 Vintage Photos of Zoot Suits Being Worn During the 1940s


A zoot suit is a men's suit with high-waisted, wide-legged, tight-cuffed, pegged trousers, and a long coat with wide lapels and wide padded shoulders. This style of clothing became popular among the African American, Chicano, Filipino American, and Italian American communities during the 1940s.

The zoot suit of the 1940s was full of scandal. Technically illegal due to the abundance of fabric needed to make it and the restrictions place by the war board it was the underground dress uniform of young, ethnic, rebellious men. These “swing kids” danced in jazz clubs, purchased their clothes on the black market and in L.A. caused a month long street war.

Young people continued to wear the style and the suits soon became associated with delinquency and crime. Most wearers were simply rebellious youths, many in inner city urban areas like Harlem and Los Angeles, trying to form a culture all their own. The wearers of zoot suits were seen as being unpatriotic, and tensions between zoot-suiters and military servicemen stationed in California erupted in a week of violent street fighting in Los Angeles in mid-1943 that came to be known as the Zoot Suit Riots. 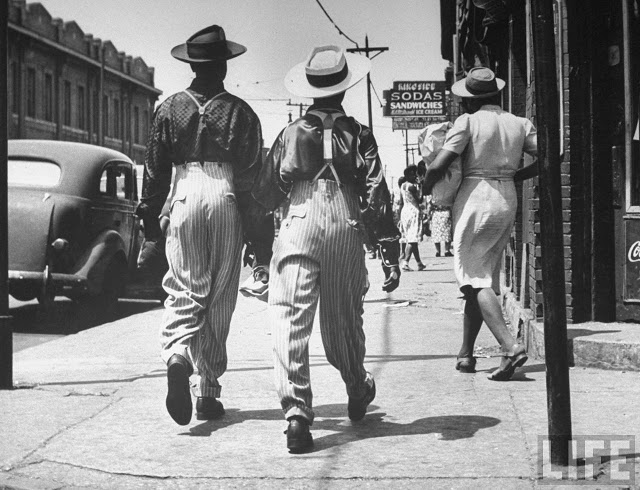 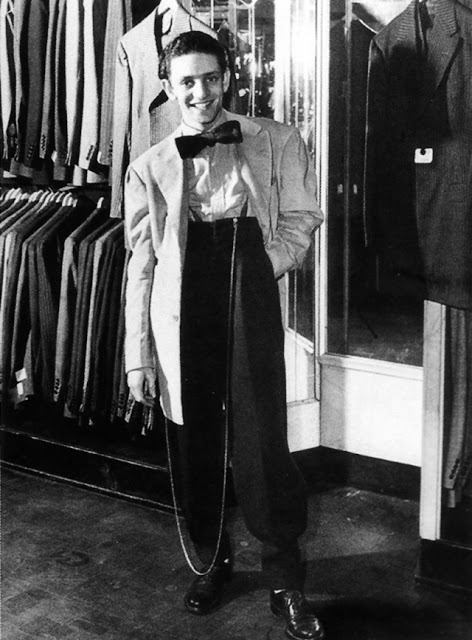 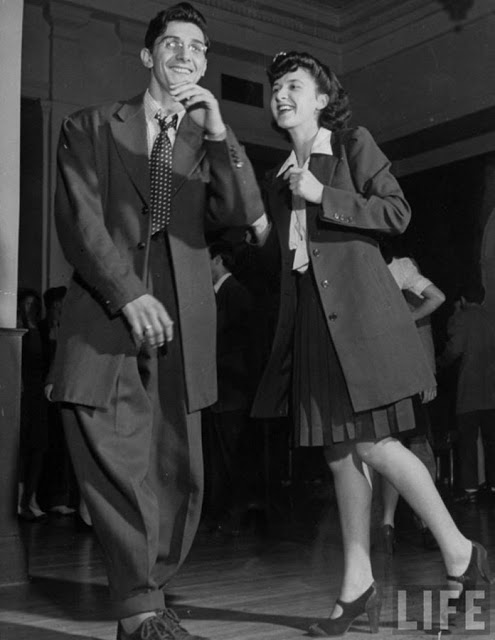 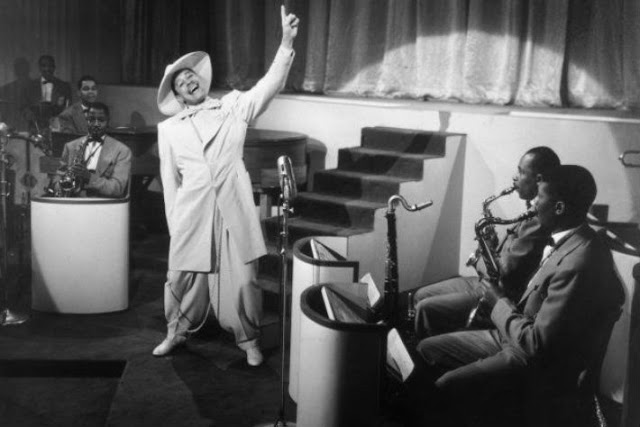 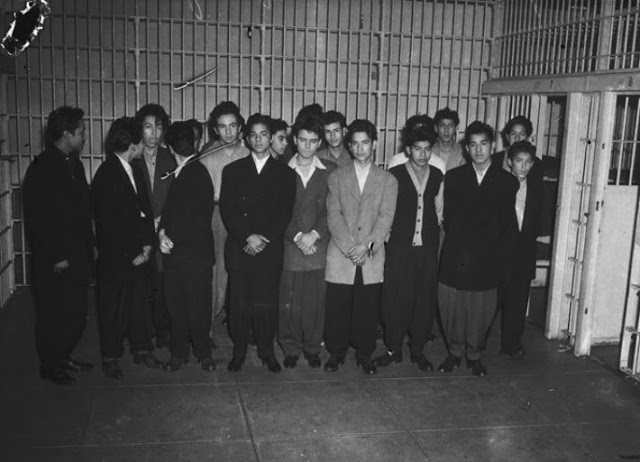 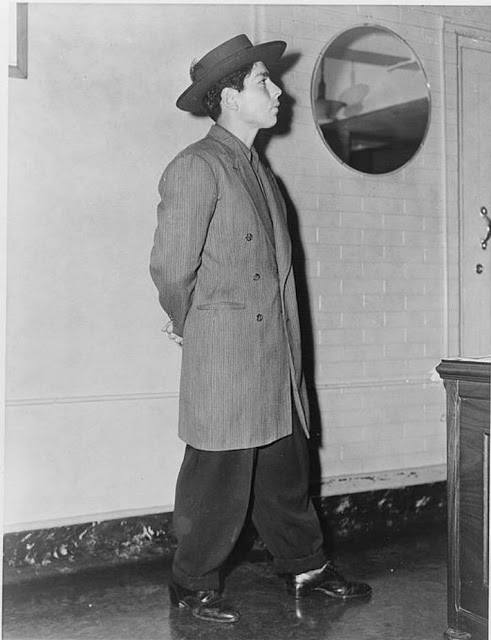 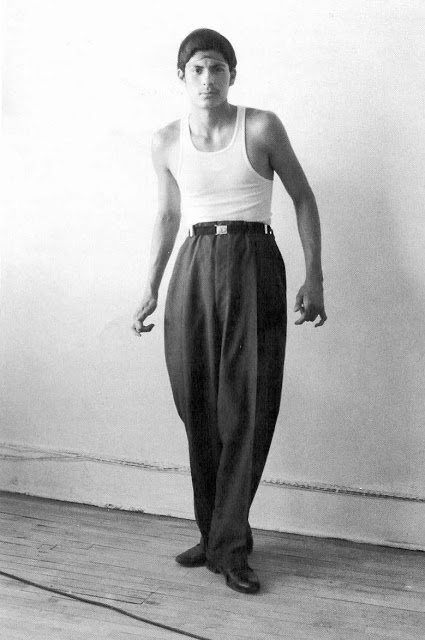 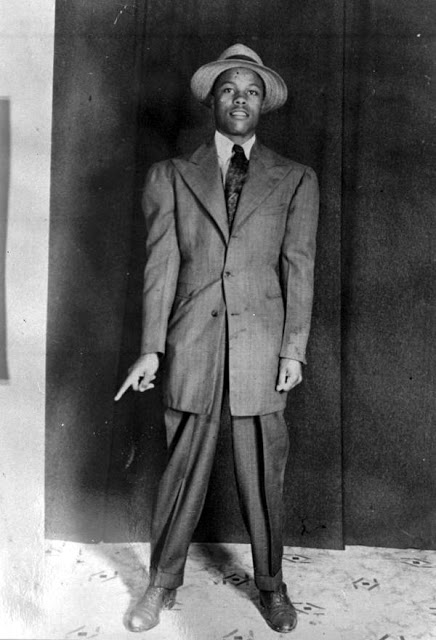 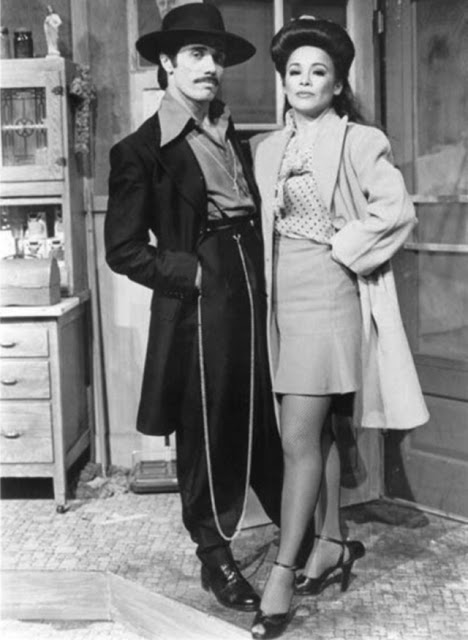 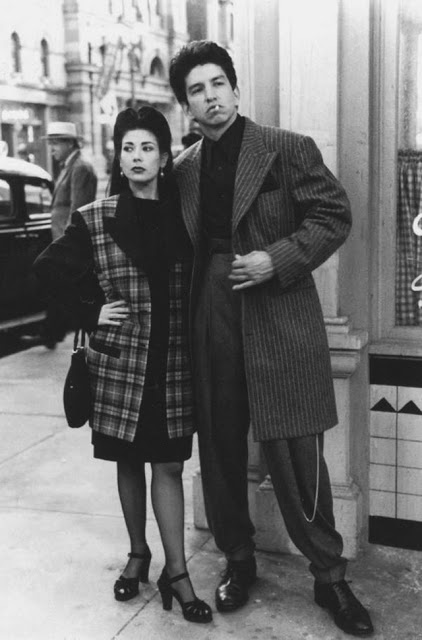 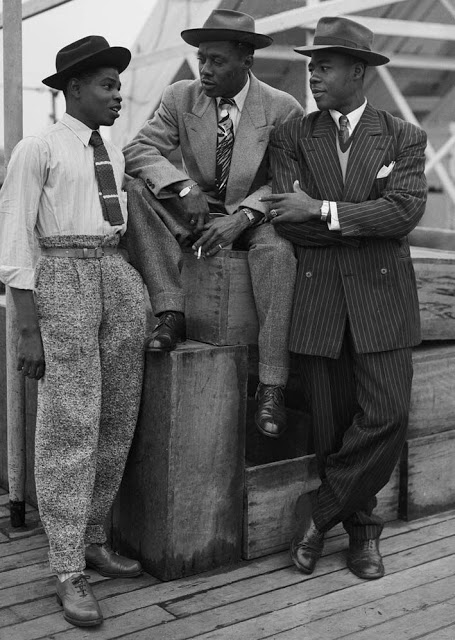 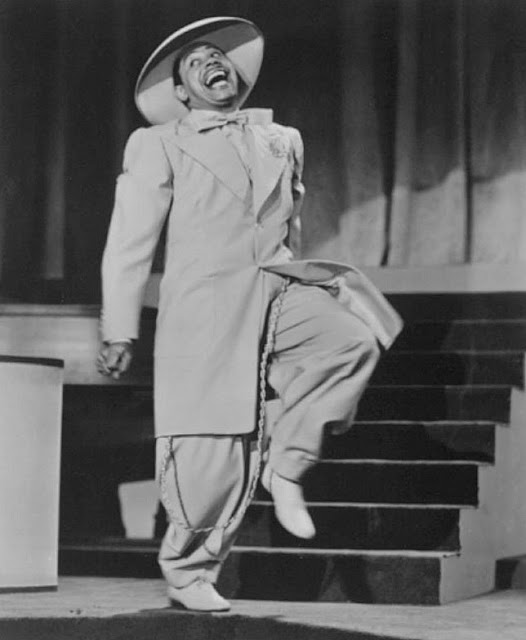 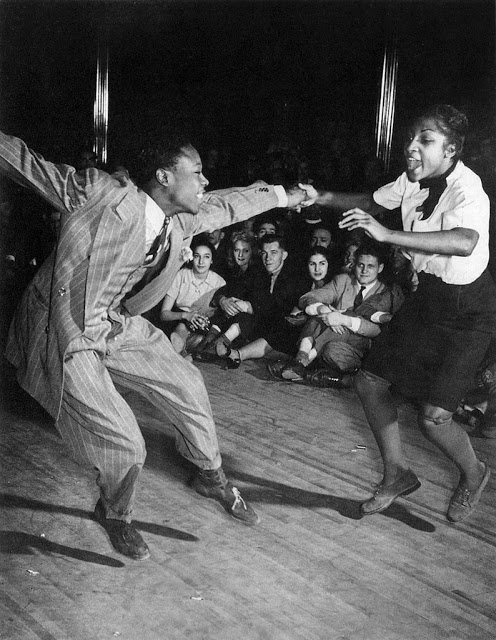 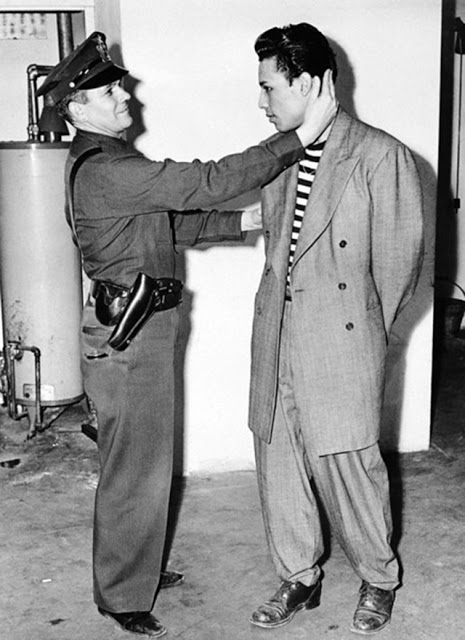 Posted by Yesterday Today at 3:36 PM