As the Allies Approached Berlin, Citizens Did Their Best to Take Care of Berlin Zoo’s Animals


Opened on 1 August 1844, the Zoologischer Garten Berlin was the first zoo in Germany. The aquarium opened in 1913. The first animals were donated by Frederick William IV, King of Prussia, from the menagerie and pheasantry of the Tiergarten. The nearby U-Bahn station was opened the same year.

During World War II, the zoo area was hit by Allied bombs for the first time on 8 September 1941. Most damage was done during the bombardments on 22 and 23 November 1943. In less than 15 minutes, 30% of the zoo population was killed on the first day. On the second day the aquarium building was completely destroyed by a direct hit. Of the eight elephants only one survived, the bull Siam. 2-year-old hippo bull Knautschke was saved from the fire in his animal house. Most damage was done during the Battle of Berlin. From 22 April 1945 onwards, the zoo was under constant artillery fire of the Red Army. Heavy fighting took place on the zoo area till 30 April. Because of safety measures, some predators and other dangerous animals were killed by the zoo keepers.

By the end of the war, the zoo was fortified with the Zoo Tower, a huge flak tower that was one of the last remaining areas of Nazi German resistance against the Red Army, with its bunkers and anti-aircraft weapons defending against Allied air forces. At the entrance of the zoo, there was a small underground shelter for zoo visitors and keepers. During the battle, wounded German soldiers were taken care for here by female personnel and the wives of zookeepers. On 30 April, the zoo flak bunker surrendered.

A count on May 31, 1945, revealed only 91 of 3,715 animals had survived, including two lion cubs, two hyenas, Asian bull elephant Siam, hippo bull Knautschke, ten hamadryas baboons, a chimpanzee, and a black stork. After the battle, some animals disappeared or were eaten by Red Army soldiers. Following the zoo’s destruction, it and the associated aquarium was reconstructed on modern principles so as to display the animals in as close to their natural environment as feasible. The success in breeding animals, including some rare species, demonstrates the efficacy of these new methods. 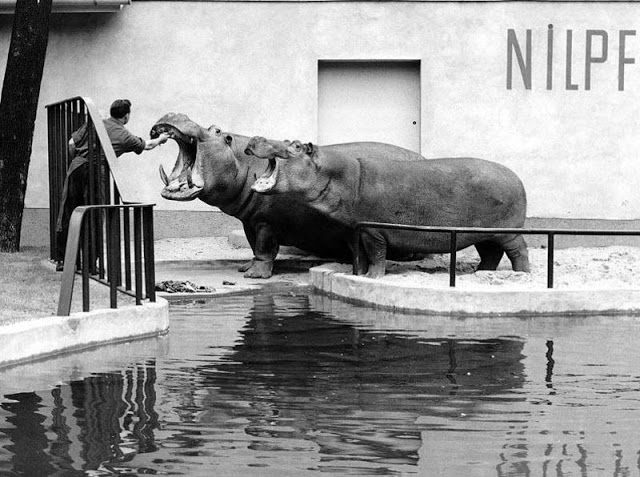 In the middle of the hail of bombs in 1943, hippo “Knautschke” was born in Berlin Zoo and was one of only 91 zoo animals to survive the Second World War. Here he presents himself in May 1957 together with his daughter “Boulette” on the rural part of the grounds of the hippo house, which was newly opened in 1956. 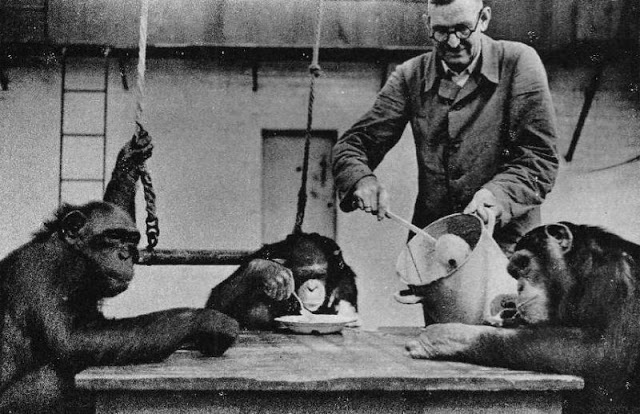 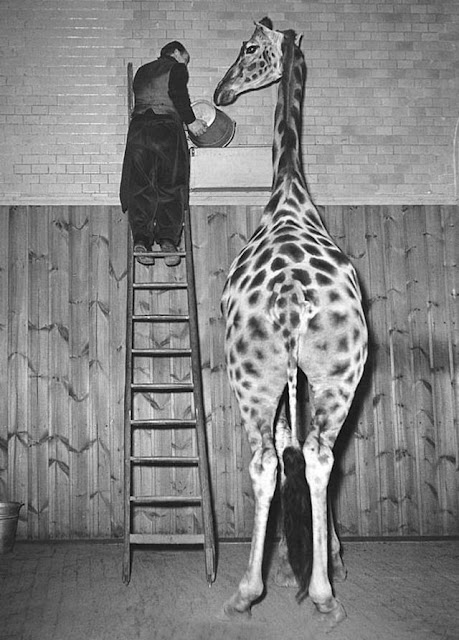 The first zoo giraffes to reach Germany were born in the wild, captured there and transported to Europe. Giraffe “Rike”, however, was born in October 1938 in the Berlin Zoo. She stayed there until she died of lung disease in February 1957. 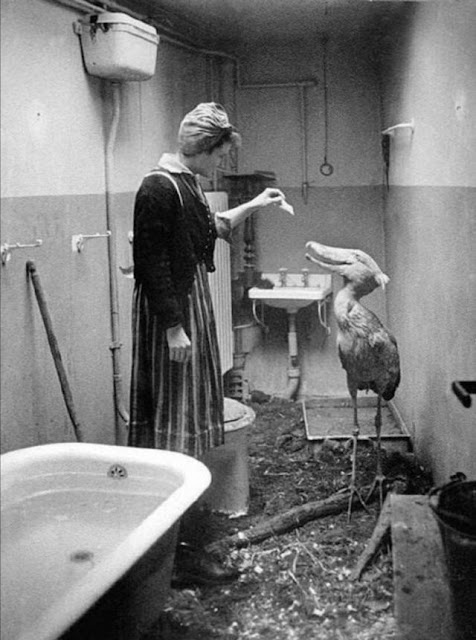 Shoebill stork being cared for after the bombing of the Zoo, 1943. 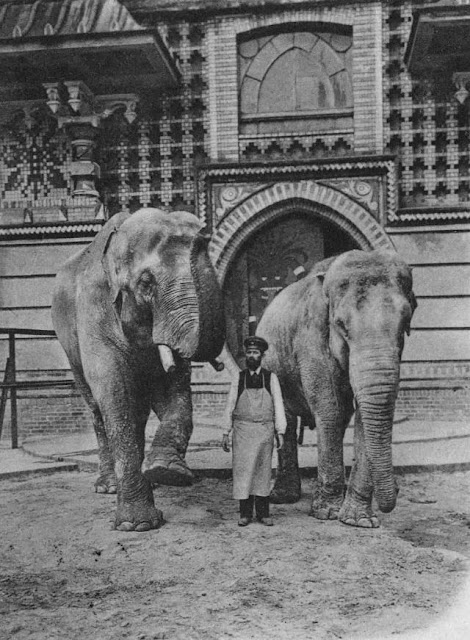 Siam, the elephant before the war. 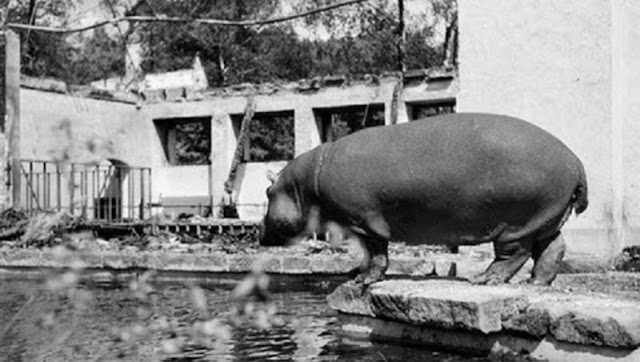 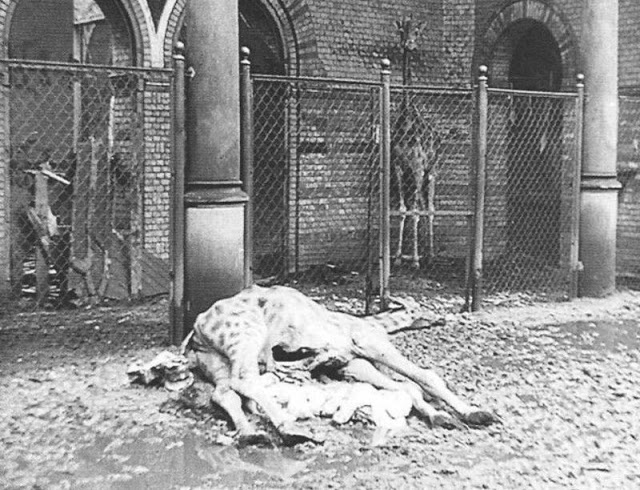 A dead giraffe was killed in the bombings. 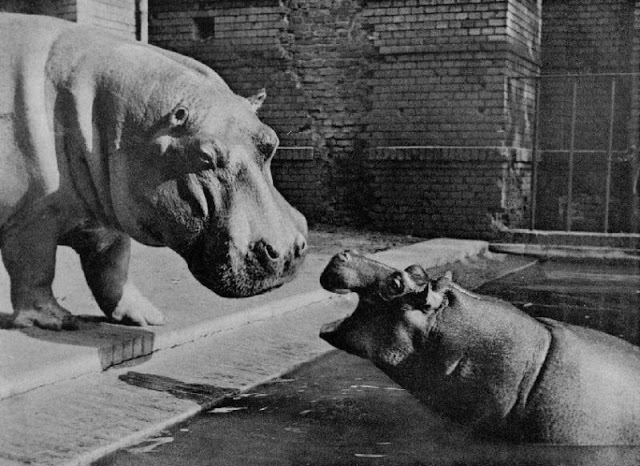 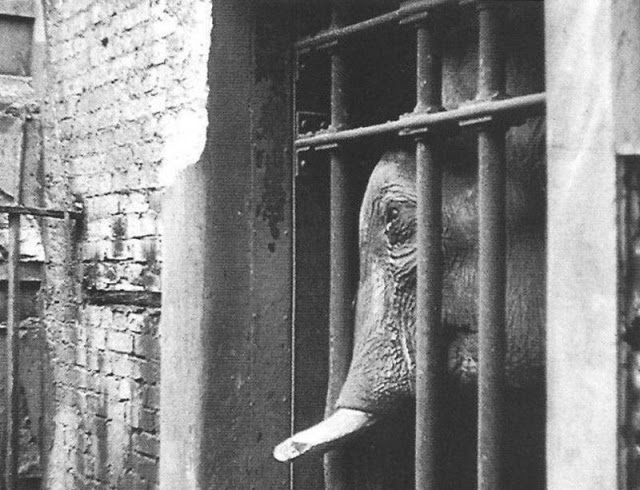 Siam the elephant looking through a gate. 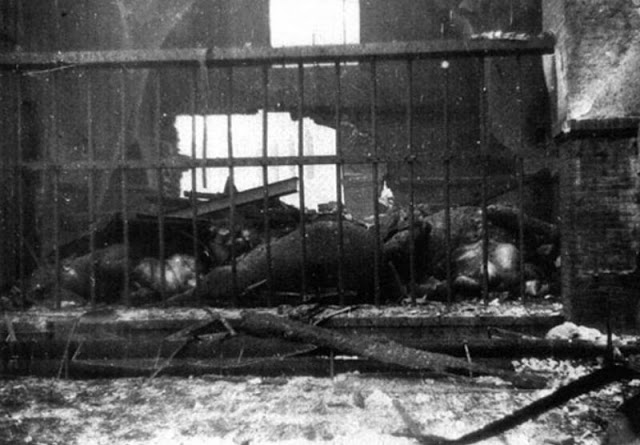 Group of elephants killed in the bombings. 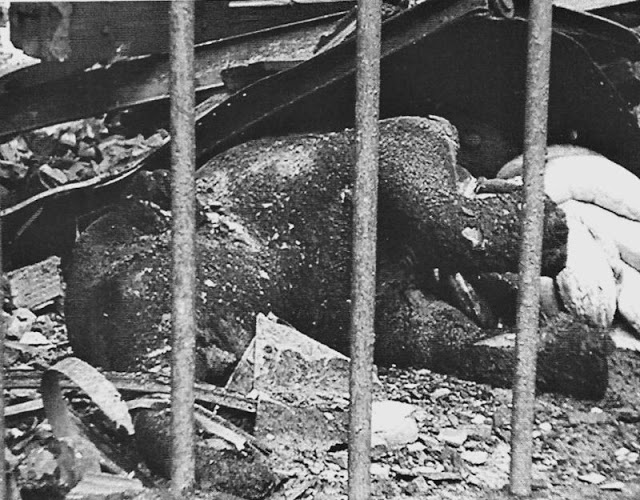 Charred baby elephant after bombing in Berlin 1943, all 7 elephants at the zoo were burned alive. 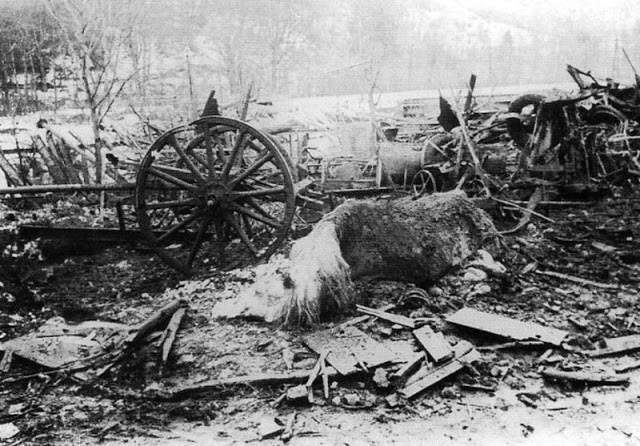 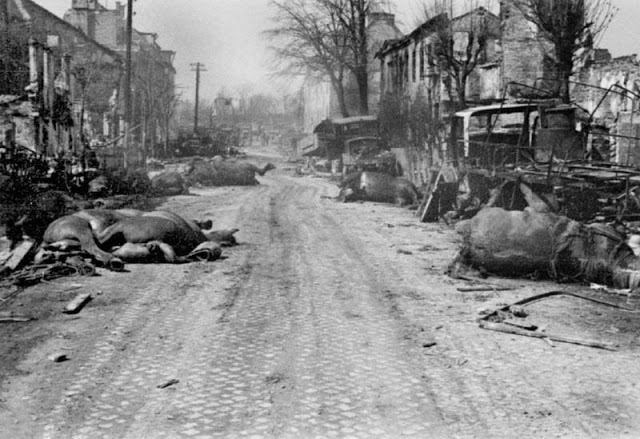 Escaped animals, killed on the streets of Berlin, 1945. 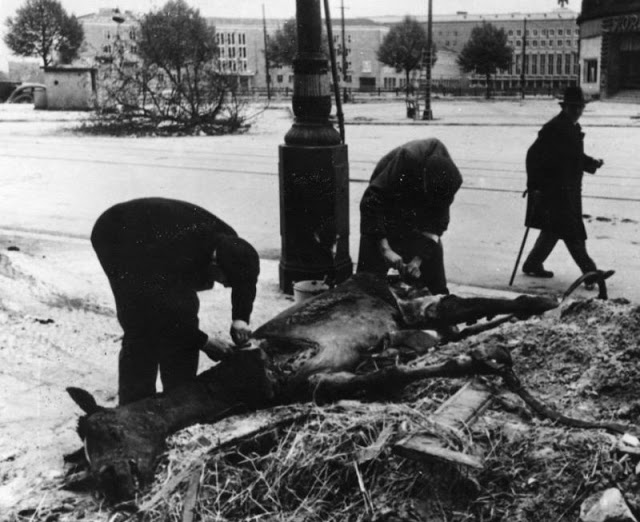 Hungry Berliners carve up a horse killed in the shellings, 1945. 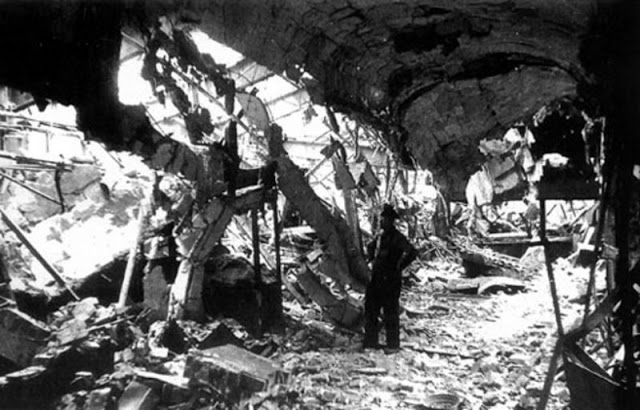 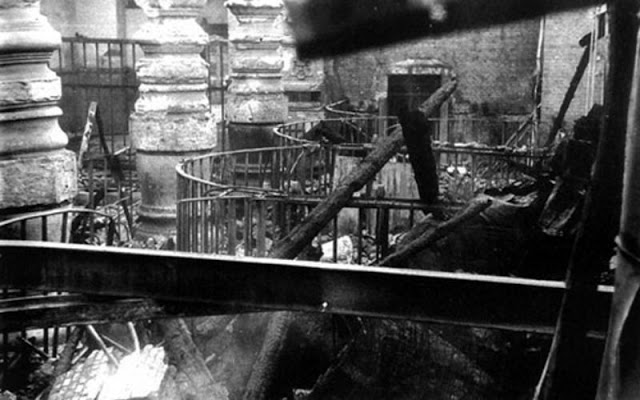 More ruins at the Zoo, following the November raid.

Posted by Yesterday Today at 6:07 PM