On the eve of the Great Depression, most Texans lived on farms or ranches or in small towns. Though the previous decade saw successes in oil, the economy was still dominated by agriculture – cotton in the north, livestock in the west and a growing citrus industry in the south.

When the stock market crashed in 1929, many Texans believed the state’s rural nature would insulate the region from the worst of the financial crisis. As the nation’s economy collapsed, it became clear that Texas would suffer, too. Across the state, agriculture and the new industries of oil and lumber fell victim to the growing economic depression.

These vintage photographs are filled with pathos, but they also make the Great Depression seem otherworldly--wholely dissimilar from the vivid color of the struggling economy we now find ourselves in. 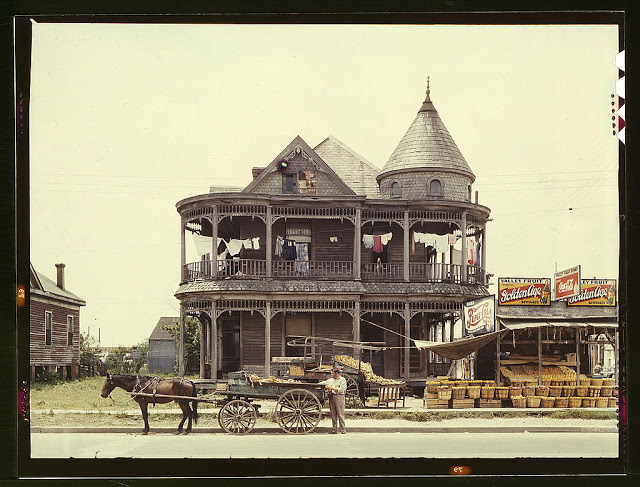 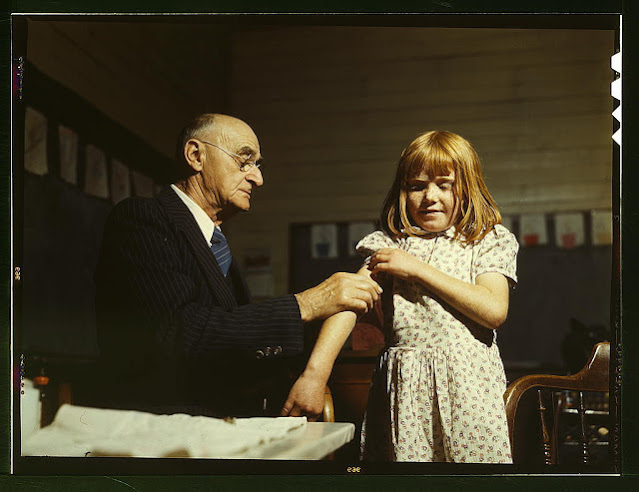 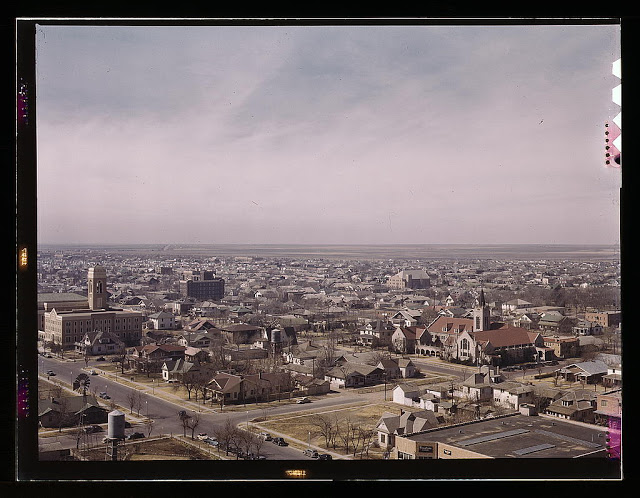 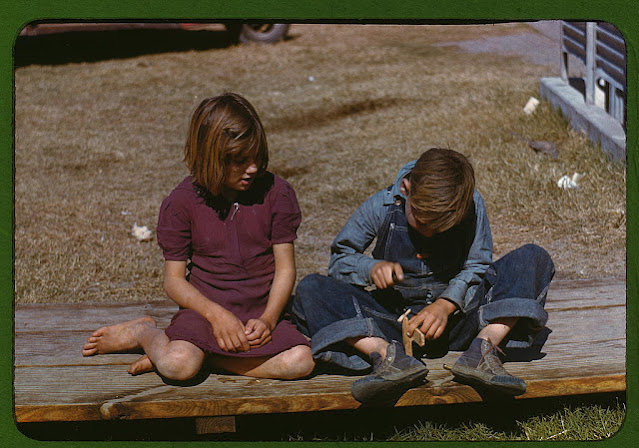 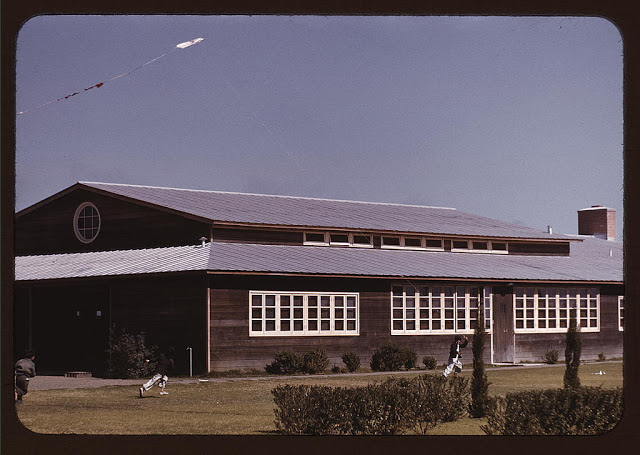 Boys flying a kite in front of the community center at the FSA camp, Robstown, 1942 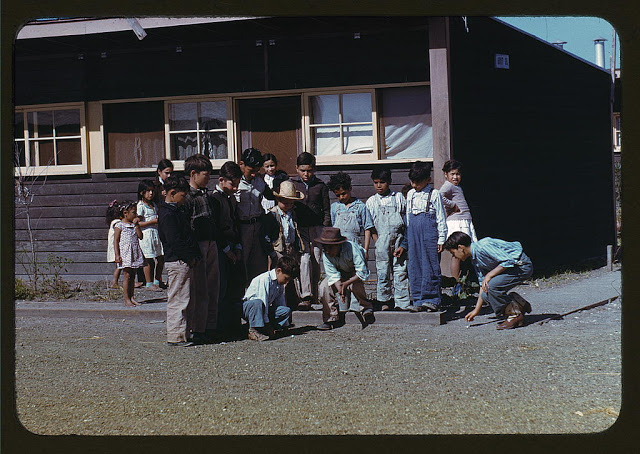 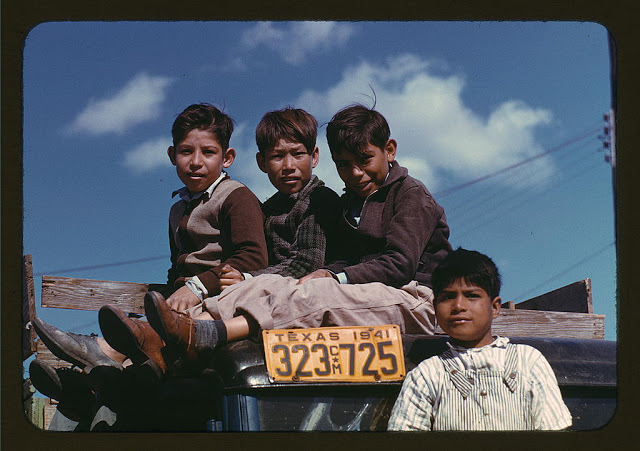 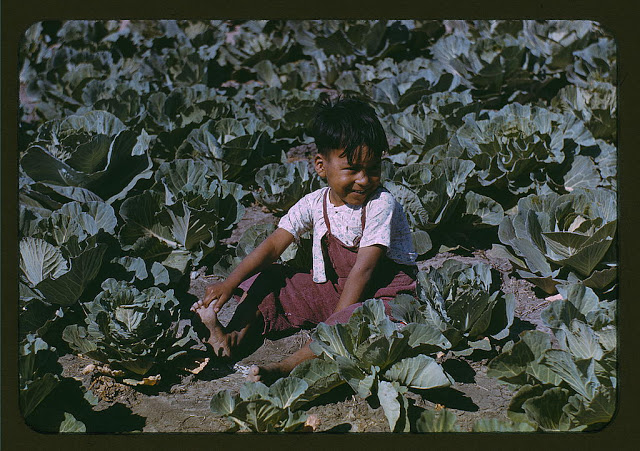 Child of a migratory farm laborer in the field during the harvest of the community center's cabbage crop at the FSA labor camp, Robstown, Texas, Jan. 1942 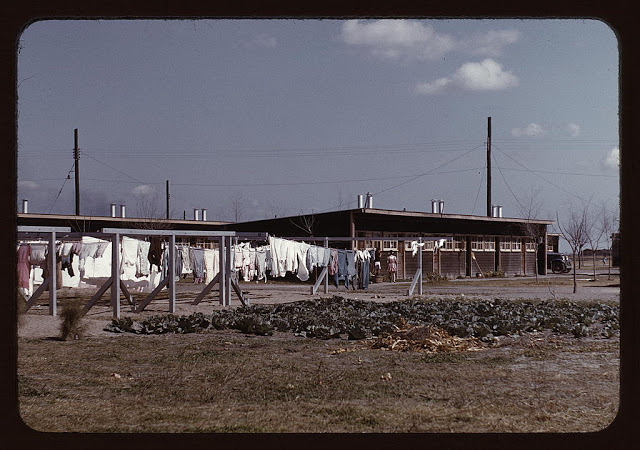 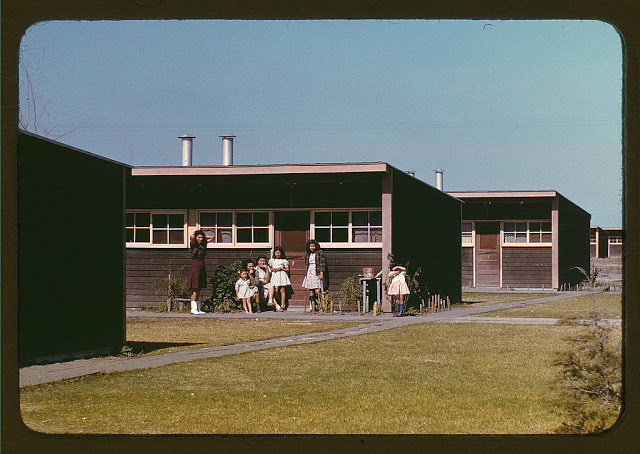 Families of migratory workers in front of their row shelters at the FSA labor camp, Robstown, Texas, 1942 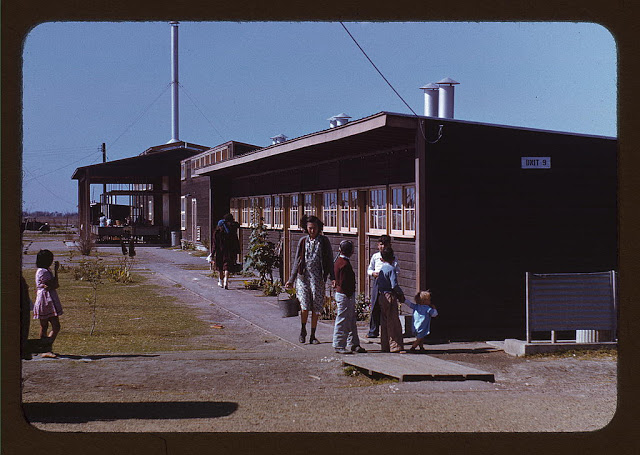 Gardens are planted in front of the row shelters, Robstown, 1942 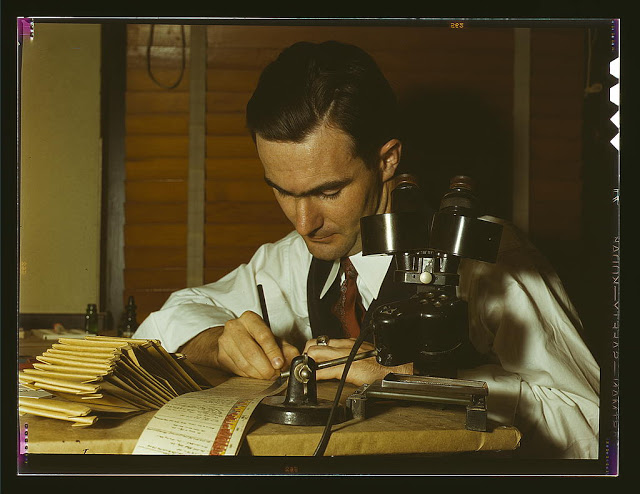 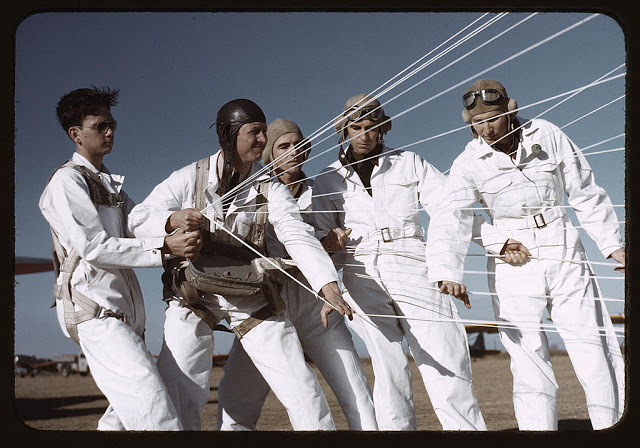 Instructor explaining the operation of a parachute to student pilots, Meacham Field, Fort Worth, Texas, Jan 1942 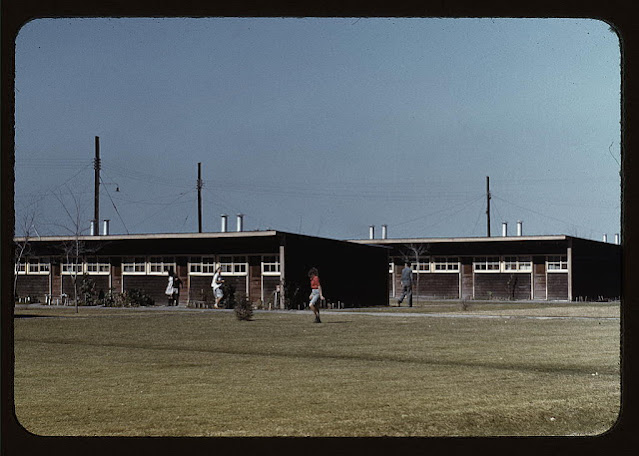 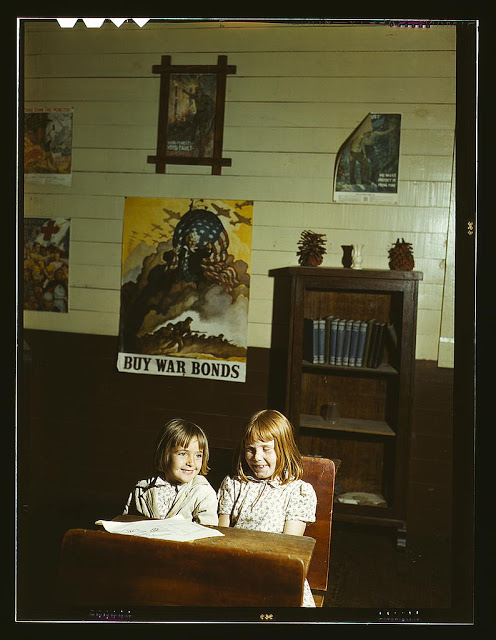 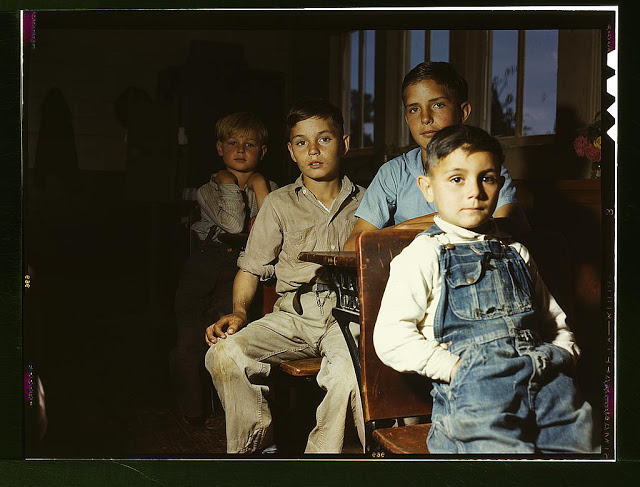 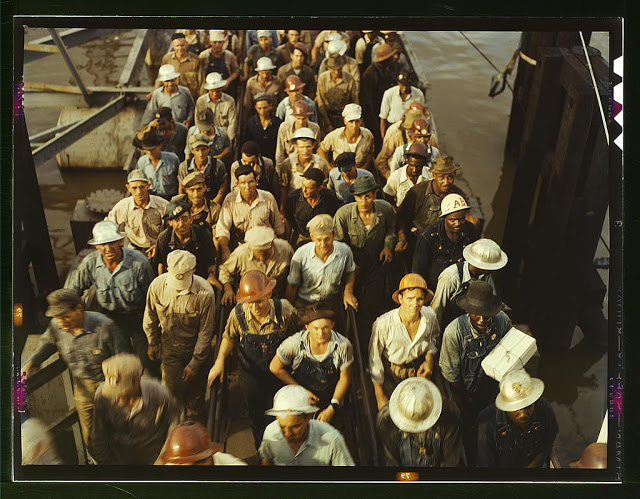 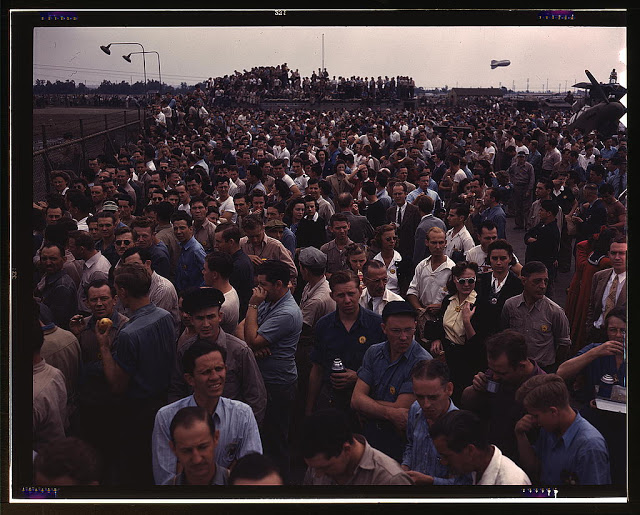 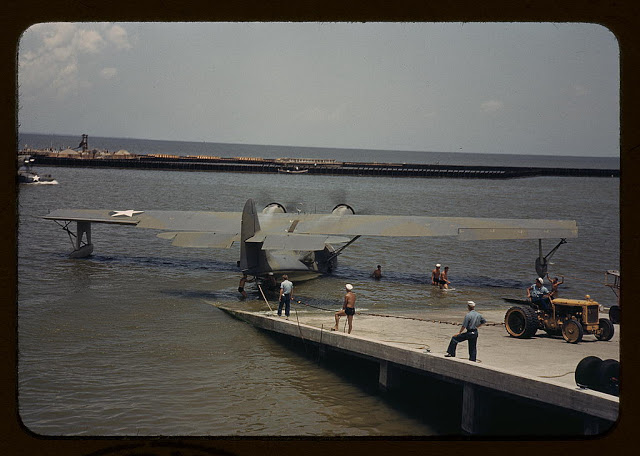 Working with a sea-plane at the Naval Air Base, Corpus Christi, Texas,  August 1942 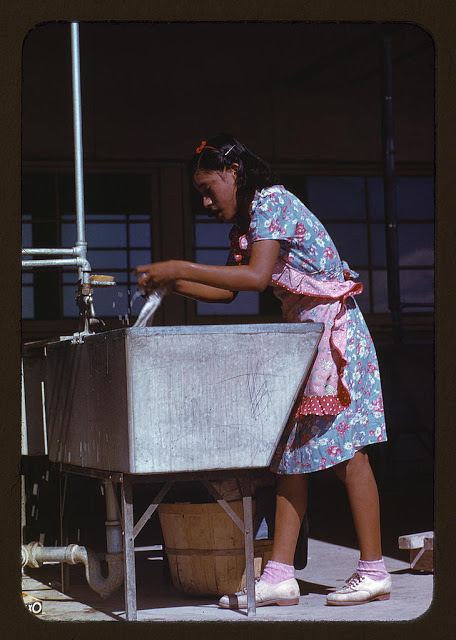 Young woman at the community laundry on Saturday afternoon, Robstown, 1942
(Photos via The Library of Congress)
Posted by Yesterday Today at 2:45 PM