The Kayan Lahwi people, also known as Padaung, are a minority ethnic group with populations in Burma and Thailand. Padaung women are famous for their distinctive custom of wearing brass coils around their necks. As the women grow, the coils are lengthened, compressing the rib cage and displacing the collarbone, creating the illusion of an extremely long neck.

According to Mashable, in the 1930s, circuses and sideshows were tremendously popular in the United Kingdom. Padaung women, advertised as “giraffe women,” were star attractions, drawing crowds of curious gawkers. Below are some of vintage photographs of Paduang women when they visited London in 1935. 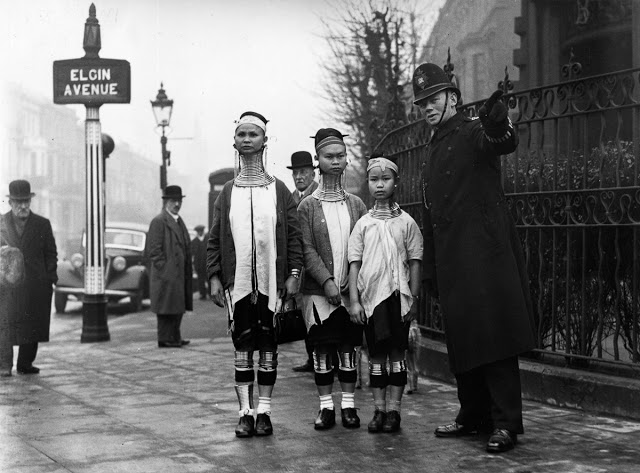 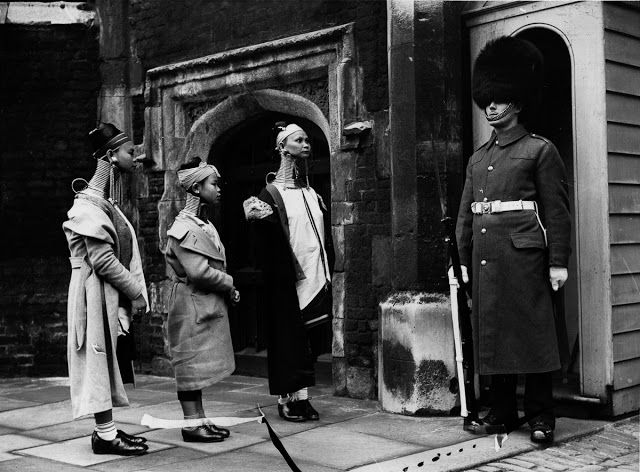 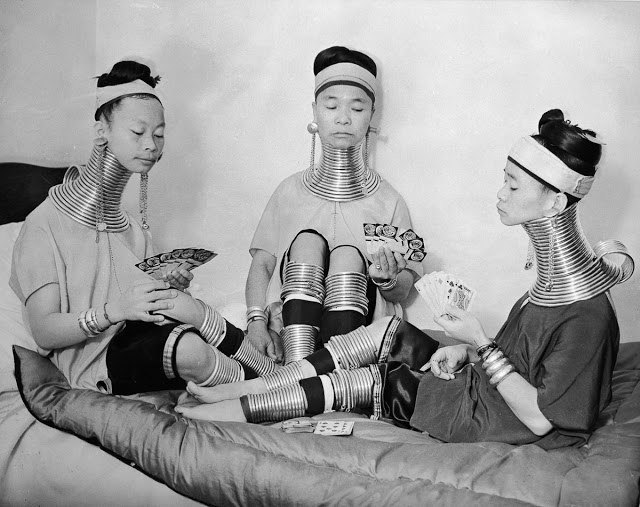 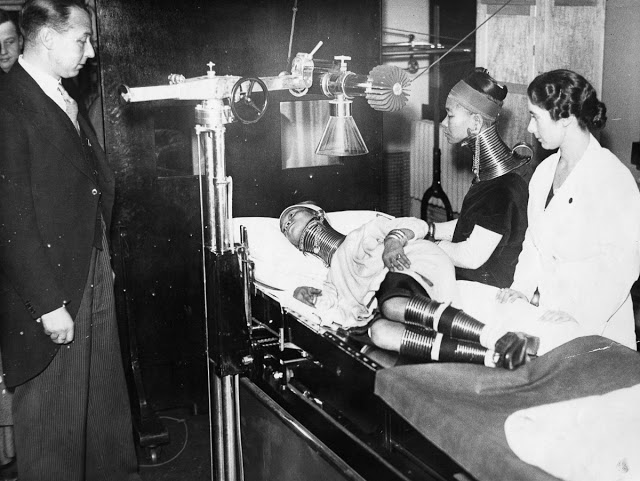 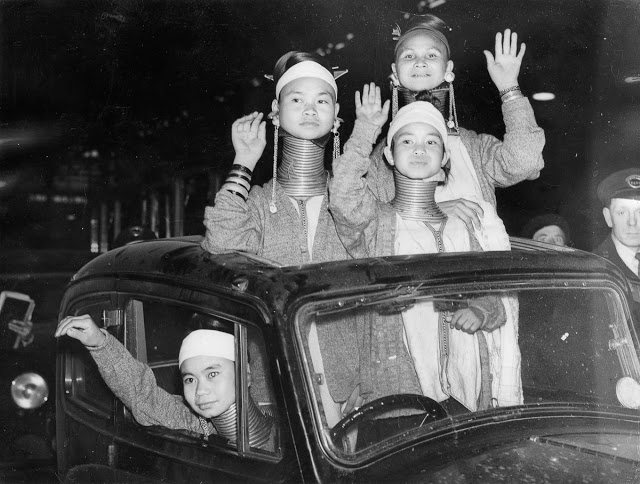 Padaung women wave at Londoners upon their arrival at Victoria Station. 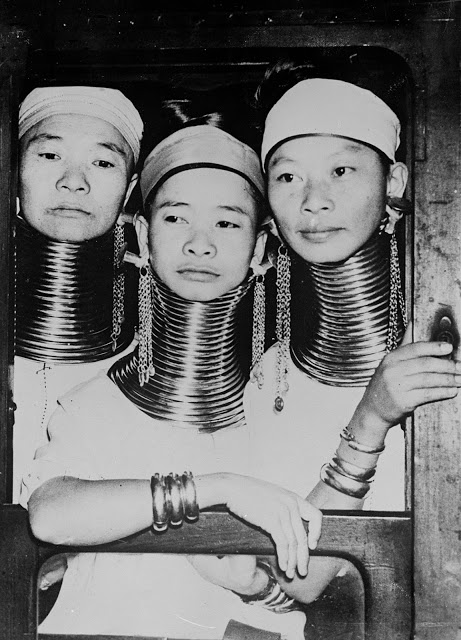 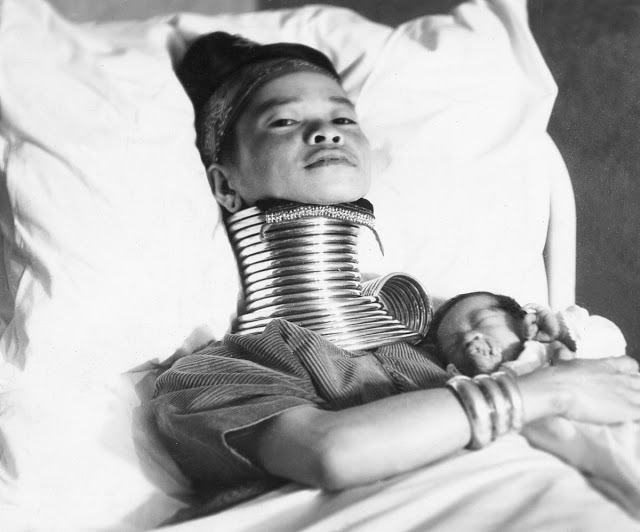 Mu Proa with her newborn child. 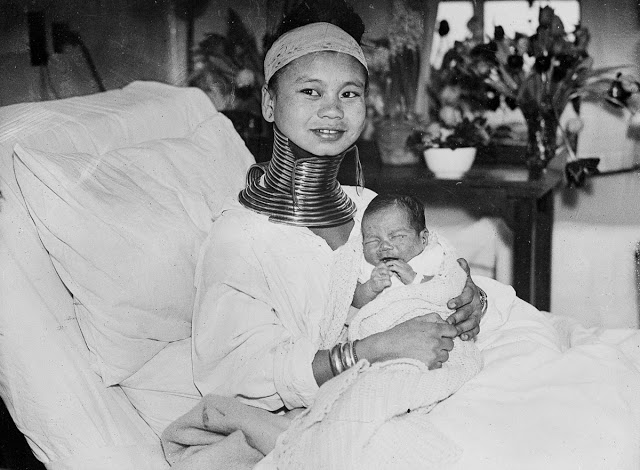 Mu sits up in bed with her baby. 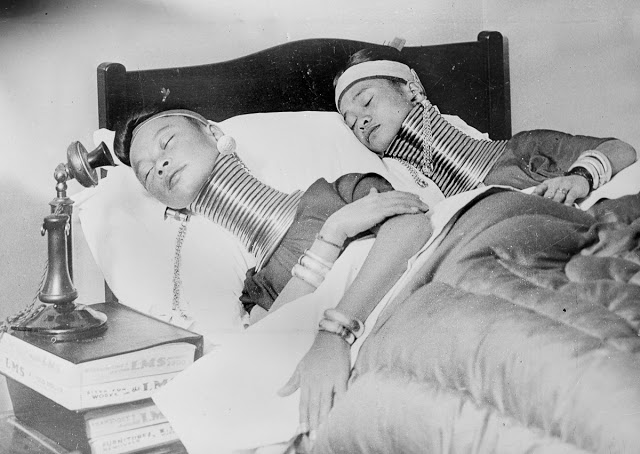 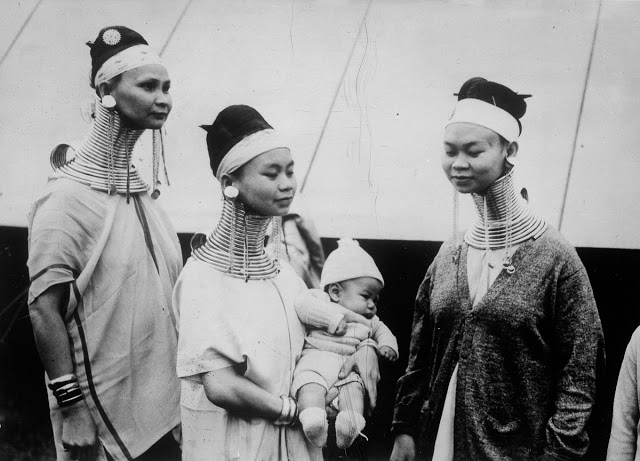 Mu Proa with her child. 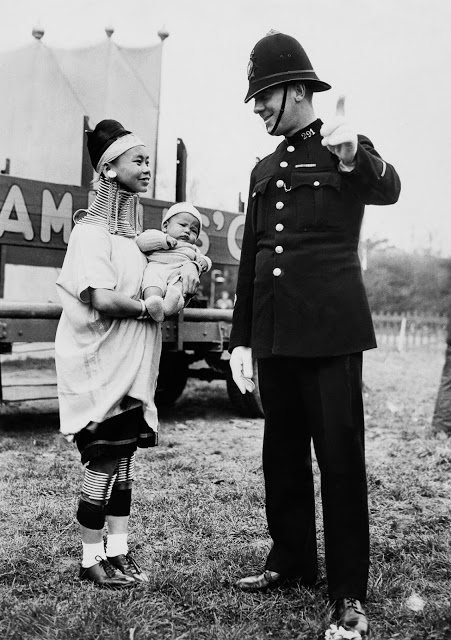 Mo talks to a police officer with her baby. 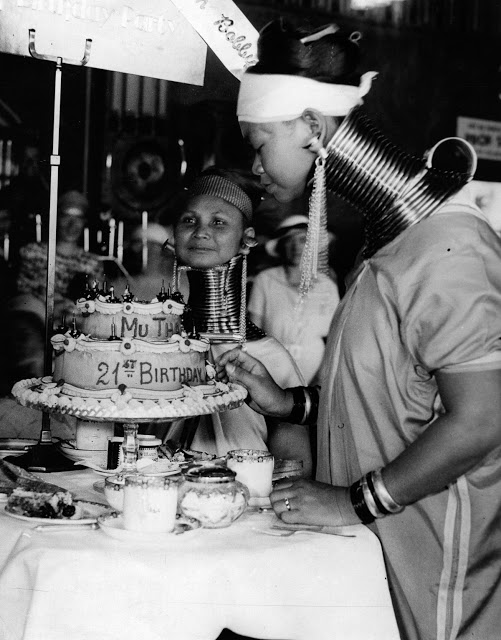 A Padaung woman celebrates her 21st birthday with a cake in Folkestone, England.

Posted by Yesterday Today at 12:51 PM