Readers are disappointed when they open the magazine to see the wholesome singer in a Playboy bunny outfit, but with no nudity. Perhaps as a desperate distraction, in some of the shots she's accompanied by a guy in a rabbit suit looking like some kind of deranged Easter bunny.

Dolly Parton became the first country singer to pose for the magazine although within very specific parameters that did not include nudity.

“I was on the cover of Playboy!” Parton shared in an interview with Chicago's US 99 radio station. “I wasn't naked; all you saw was me in my bunny suit, with my boobs sticking out a little. I wouldn't do a layout. I'm not that brave, nor do I look that good!"

When asked why she resisted posing nude by the radio host, Parton explained that at the time posing for the magazine was just a fun thing to do but she wasn't about to "do the whole dirty deal."

“I have been asked, back in the day, but that was so totally not me. I would never do that,” Parton explained. “But that was a good article they ran in there, and it was just a fun thing to do. That was just another way I was trying to market myself, at that time, to kinda get in the mainstream and take it right to the edge, but not do the whole dirty deal.” 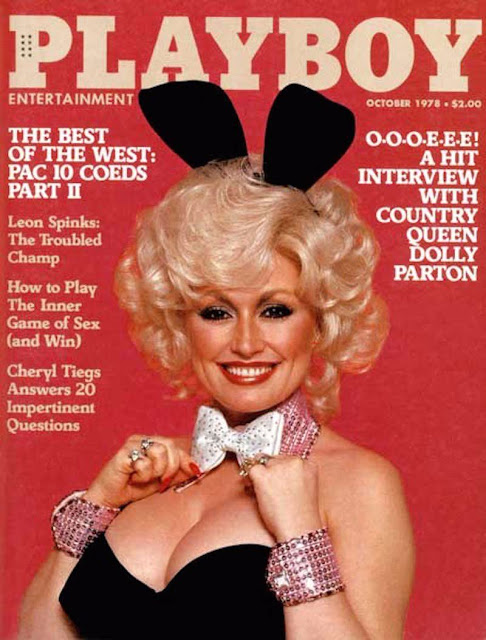 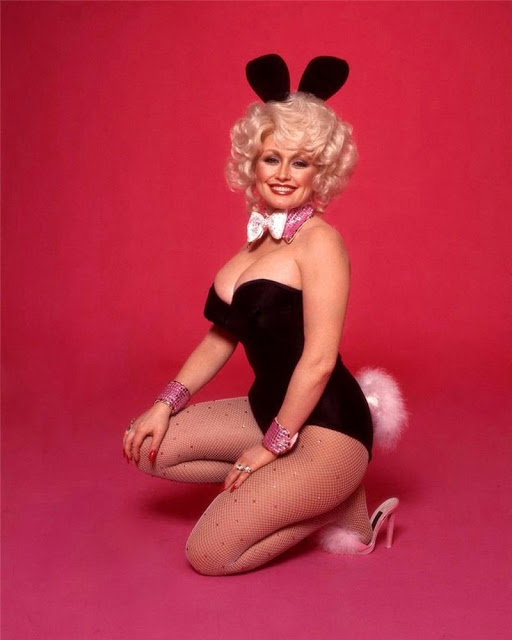 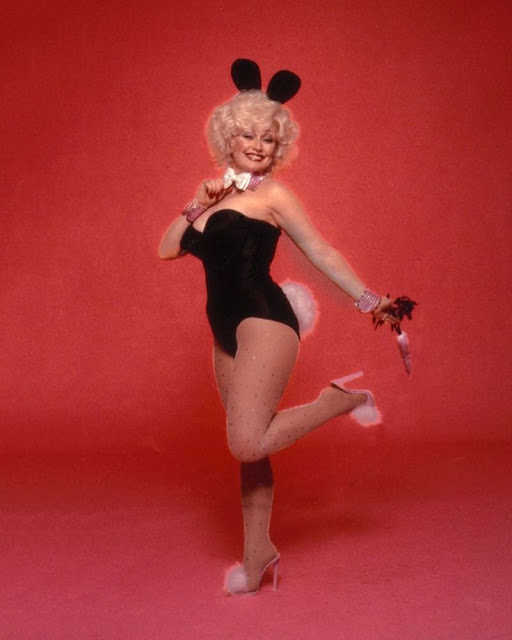 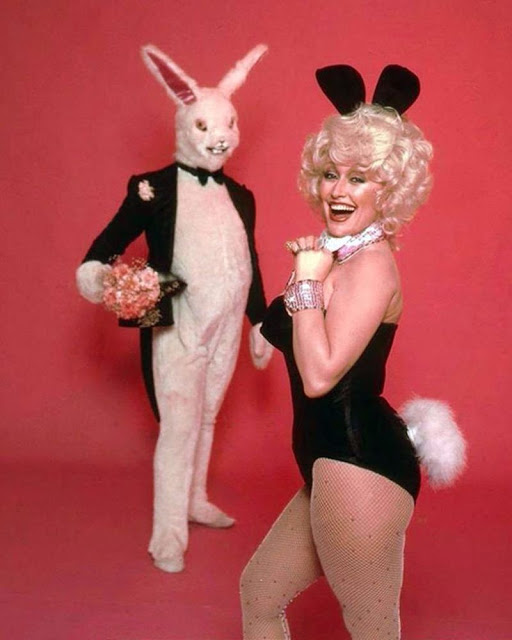 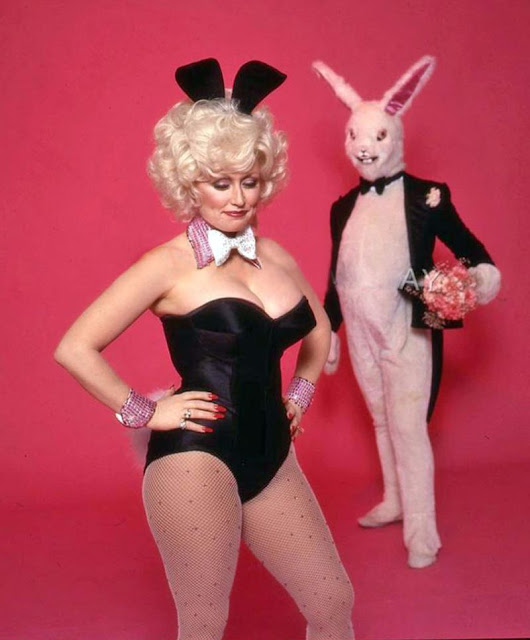 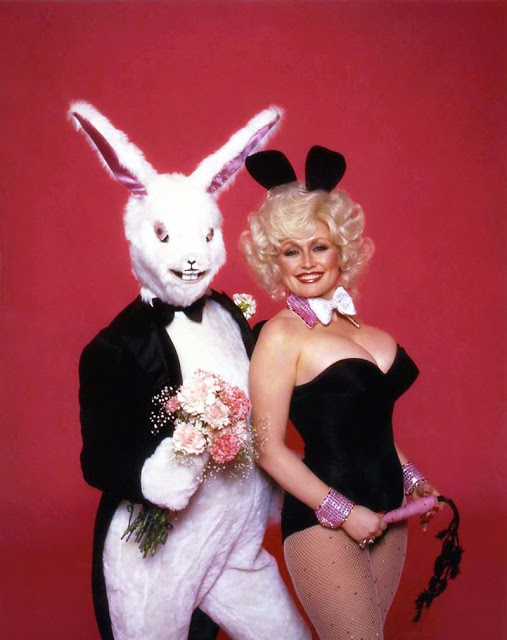 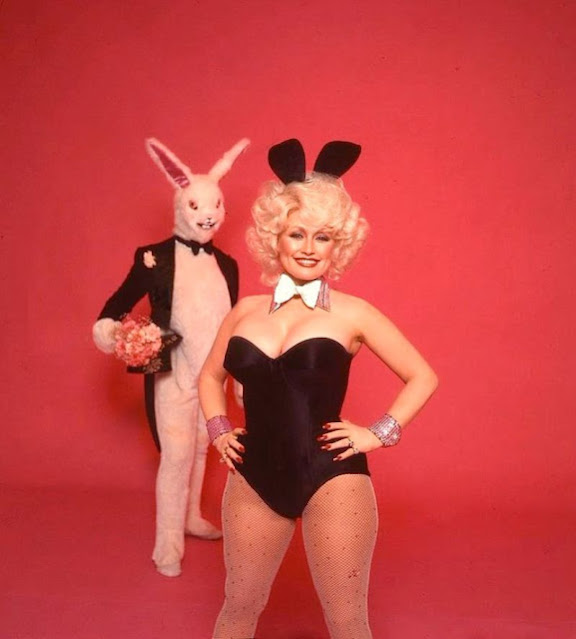 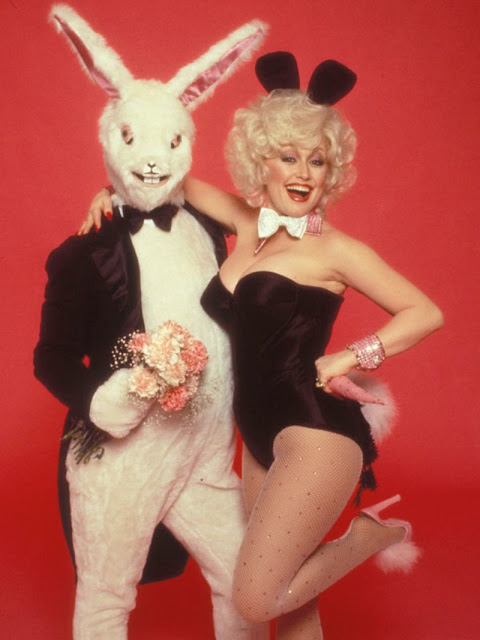 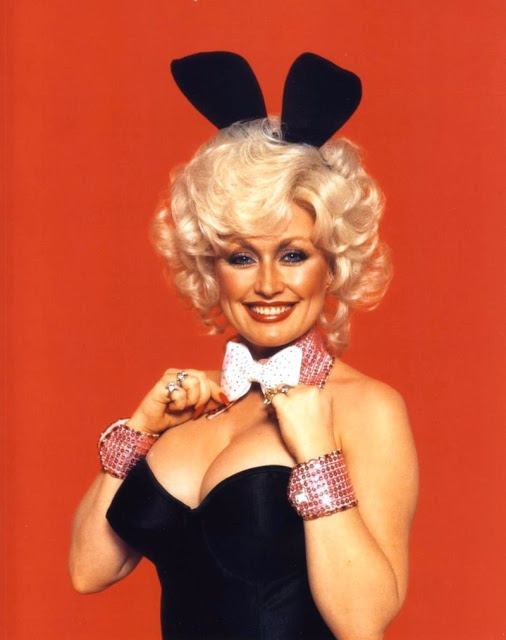 Posted by Yesterday Today at 3:13 PM