The autochrome, more formally known as the Autochrome Lumière, was attributed to two brothers, Auguste and Louis Lumière — French photographers also credited with the invention of early motion-picture equipment. Although other innovators had discovered ways to bring color to images through tint and screen processing, the autochrome, debuting in 1904, utilized a number of emulsion layers locking in natural color on a permanent glass negative.

We're always jolted when we encounter vivid color photographs from the decades that we have collectively consigned to monochromatic grays. Sometimes these colors derive from a colorized restoration; at other times, we discover a world of color in the bowels of an old camera, locked in the emulsion of slide film in a machine lost, abandoned or forgotten decades earlier.

And sometimes, with luck, we stumble upon scenes from a "pre-color" era captured with experimental color processes. The vibrant photos from World War I posted in this gallery are examples of this surprisingly variegated, many-hued world. 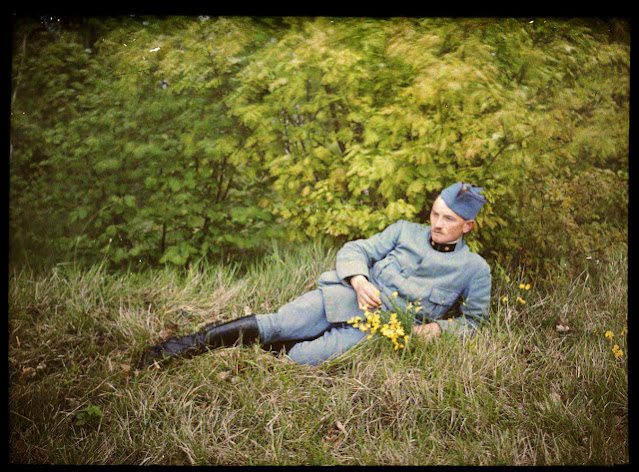 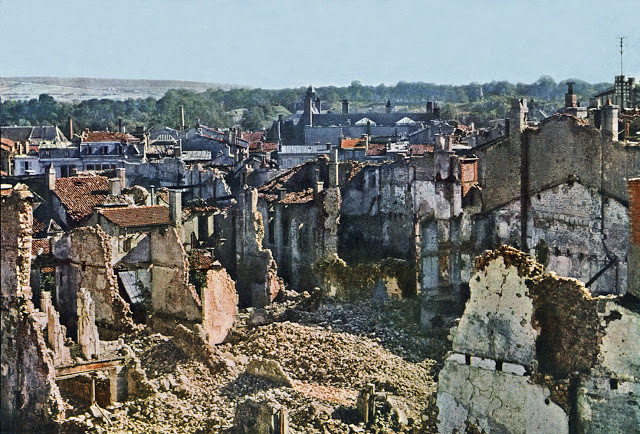 View of Verdun after 8 months of bombing, September 1916. 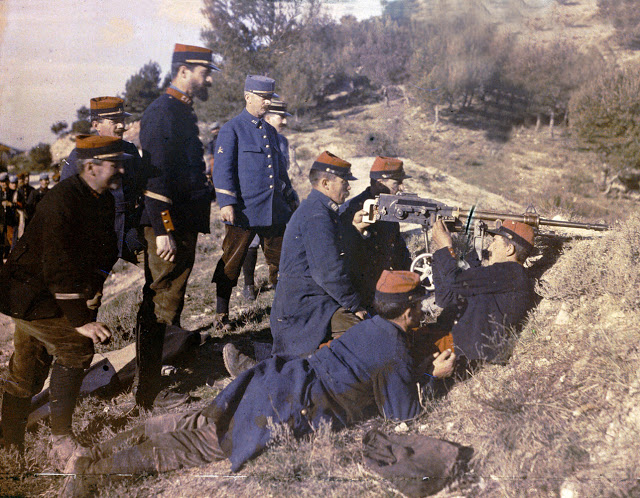 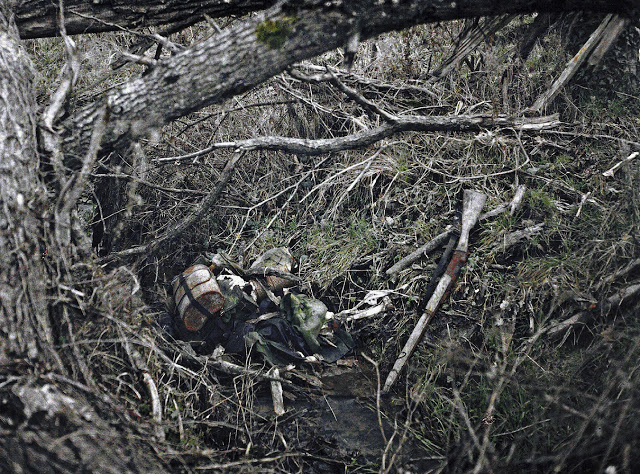 The remains of a dead French soldier and his gun rest under a tree on the Western Front in France. 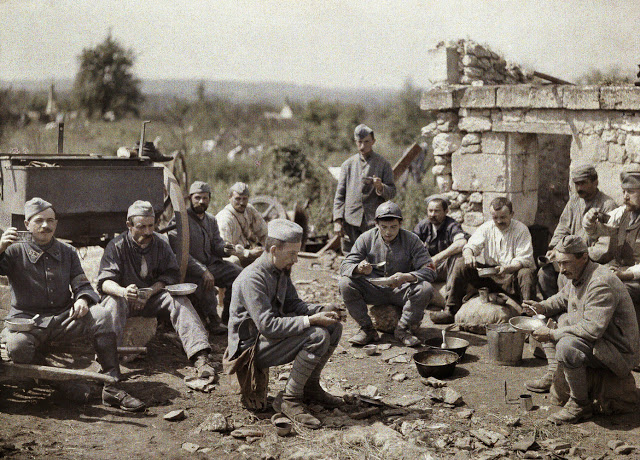 French soldiers of the 370th Infantry Regiment eat soup during the battle of the Aisne in 1917. 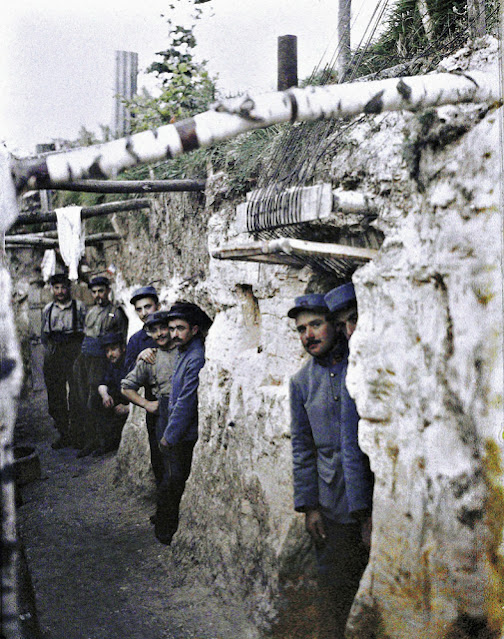 French Artillery soldiers are shown at the entrance of their shelter on the Western Front. 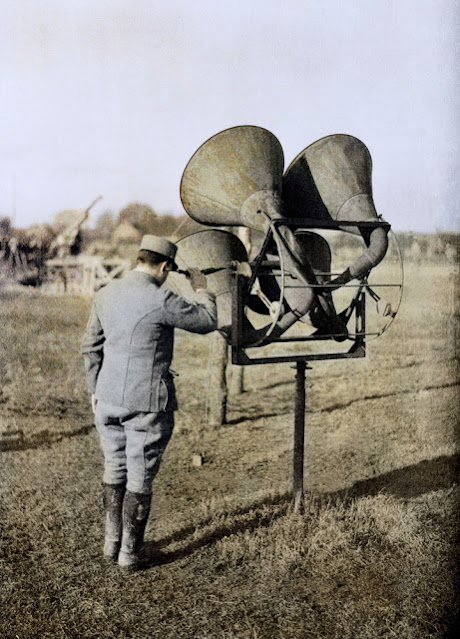 A French soldier with an acoustic listening device capable of tracking aircraft on the Western Front. 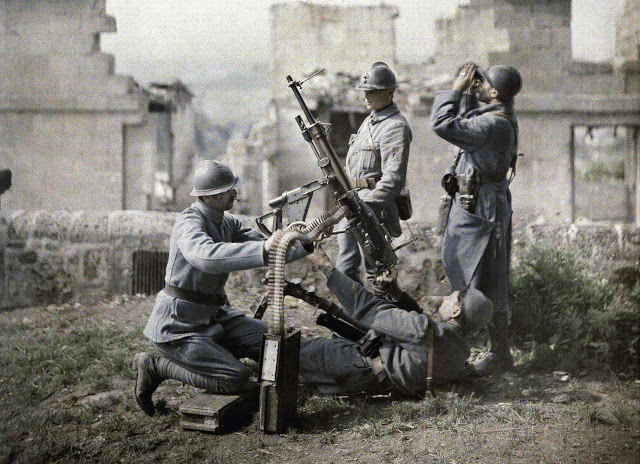 A French section of machine gunners take positions in the ruins during the battle of the Aisne in 1917. 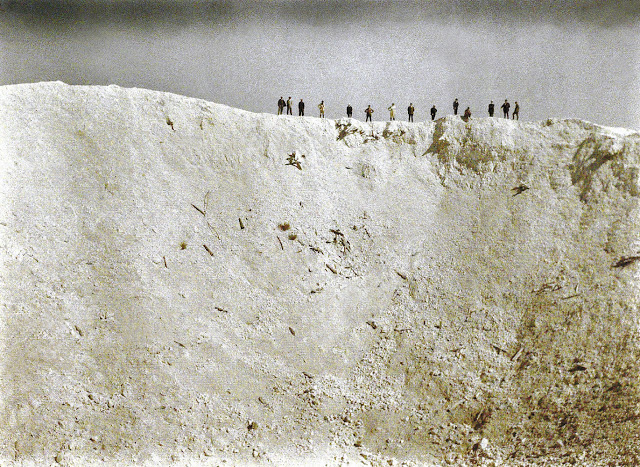 A crater caused by the explosion of 19 mines placed underneath German positions near Messines in West Flanders by the British on June 7, 1917. A total of about 10,000 soldiers died, amongst them almost all of the 3rd Royal Bavarian Division. The blast was one of the biggest non-nuclear explosions of all times and was audible in Dublin and London. 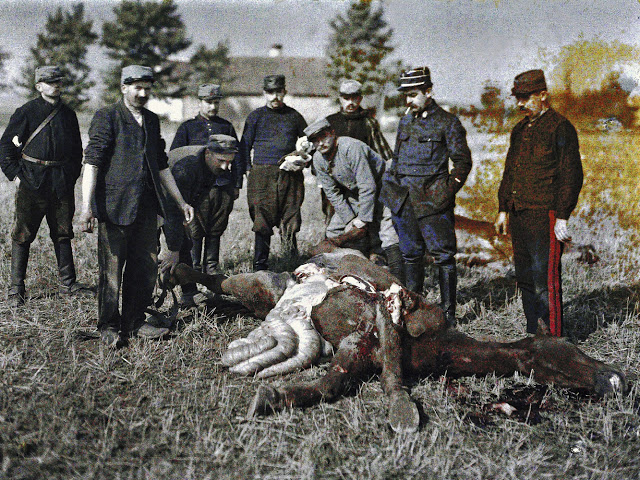 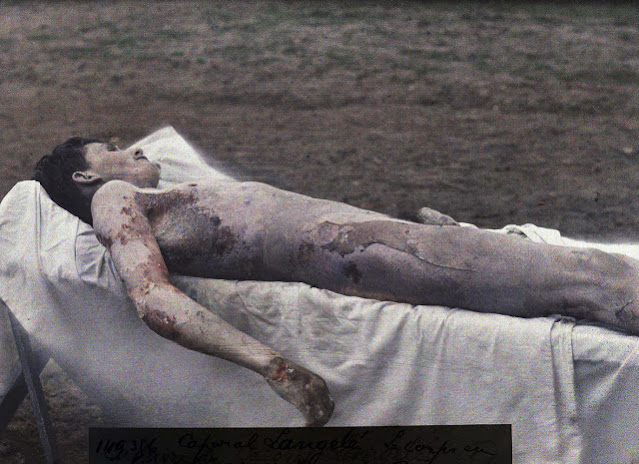 The corpse of a French soldier of the 99th infantry regiment, who was poisoned during a German gas attack on March 23, 1918 and died eight days later of pneumonia. 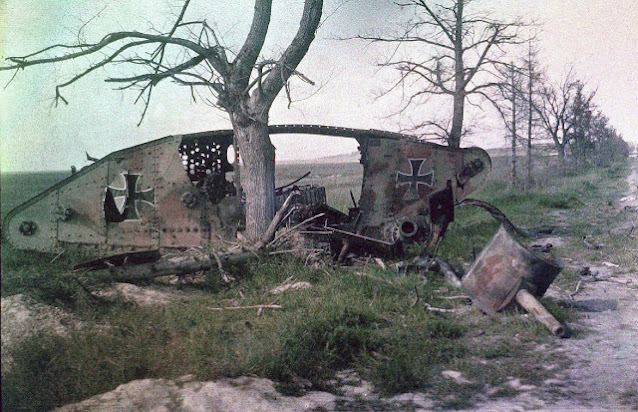 The wreck of a German tank, which was destroyed during a battle on the Western Front. 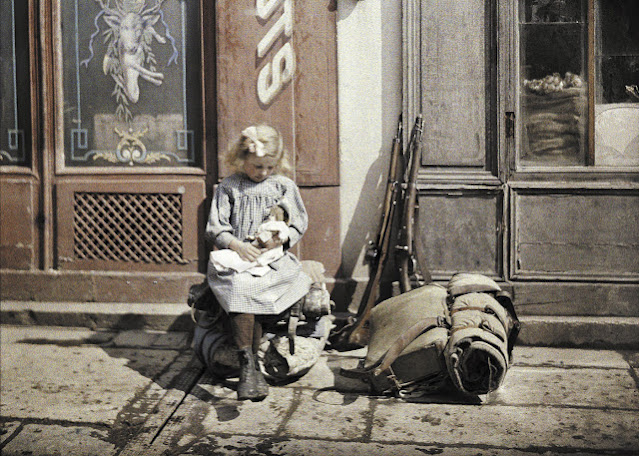 A little girl plays with her doll in Reims, France in 1917. Two guns and a knapsack are next to her on the ground. 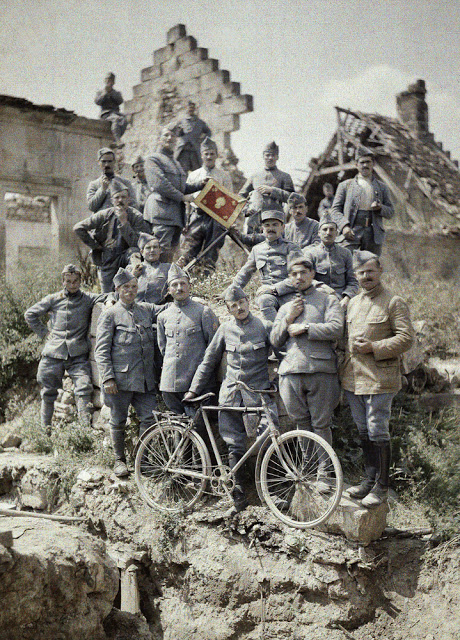 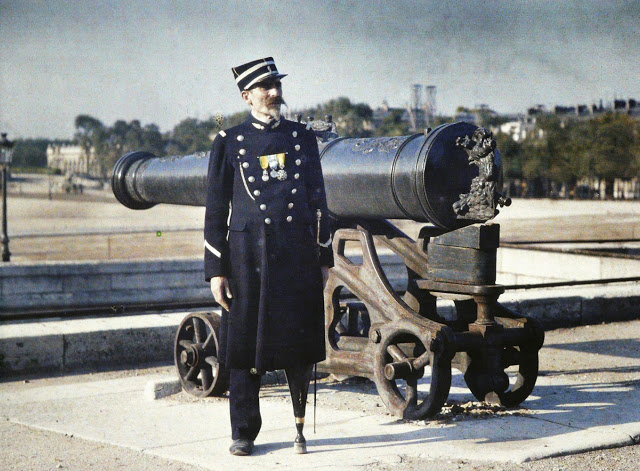 A soldier in uniform with three medals stands next to a cannon in Paris in 1918. His left leg has been replaced by an artificial limb.

And sometimes, with luck, we stumble upon scenes from a "pre-color" era captured with experimental color processes. The vibrant photos from World War I posted in this gallery are examples of this surprisingly variegated, many-hued world.

Posted by Yesterday Today at 3:36 PM