died prematurely, has produced hundreds of photos in black and white and 30 albums of

Autochromes. He traveled to the United States, Central America and Europe, photographing the

countryside and villages. Many photographs portray women caught in moments of everyday life.

Here are some of them in stunning color. 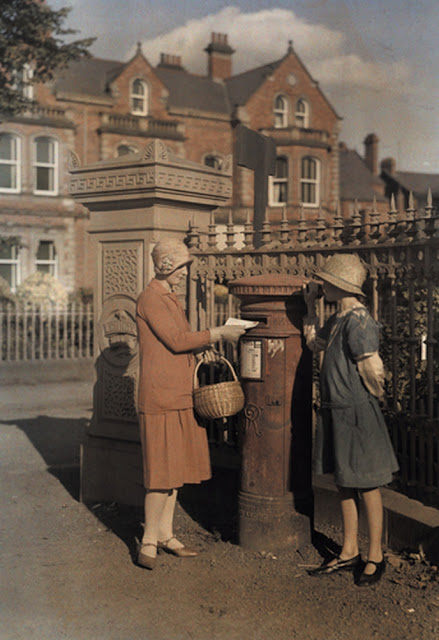 Two girls send a letter at a red pillar box in Belfast, 1927. 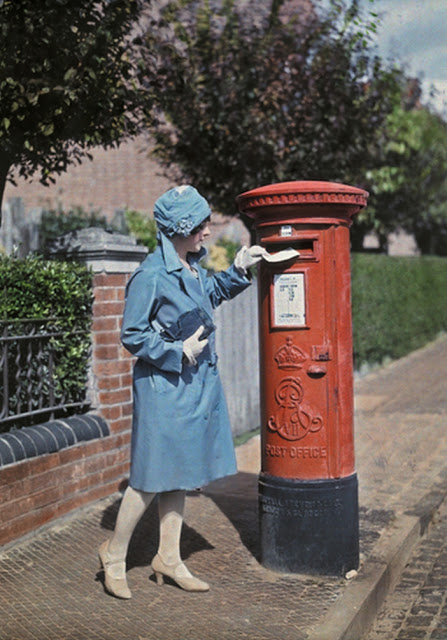 A young woman mails a letter at the pillar box in Oxford, 1928. 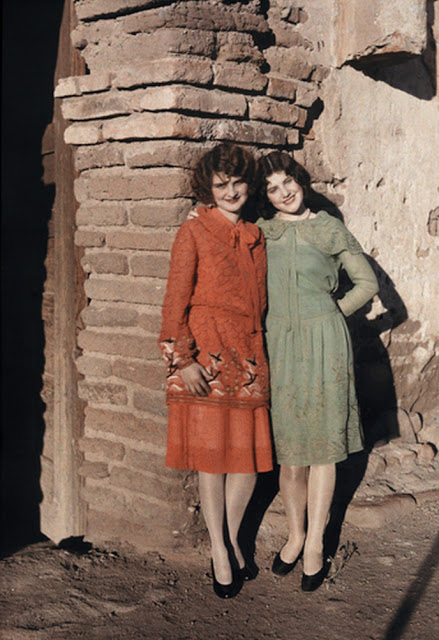 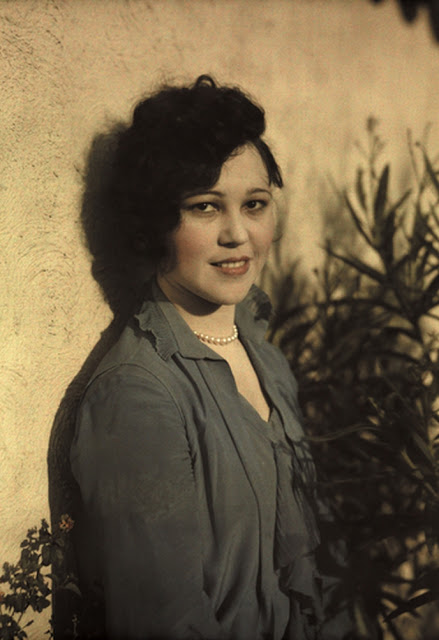 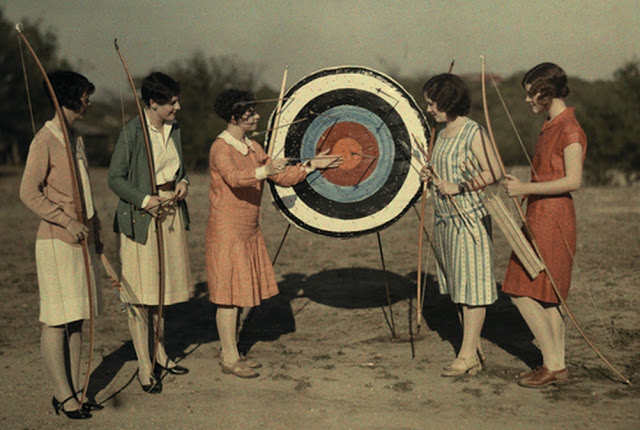 Archery class at the University of Texas in Austin, Texas, March 1928. 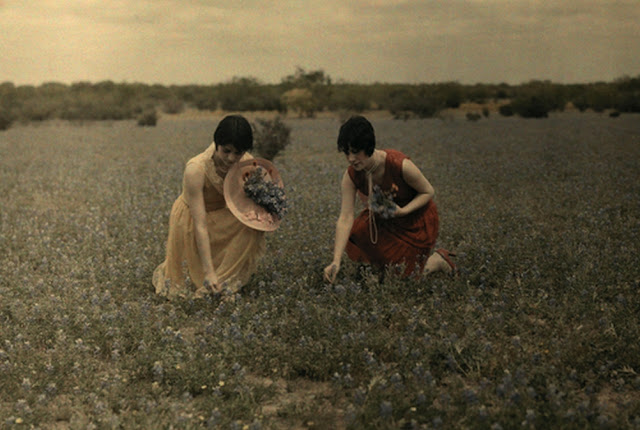 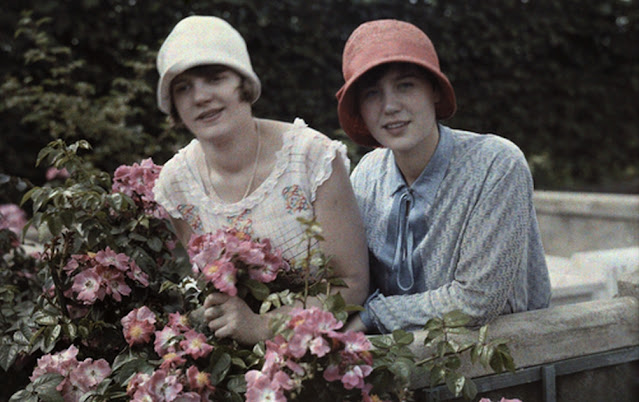 Two young women pose together in a rose garden in Cologne, 1929. 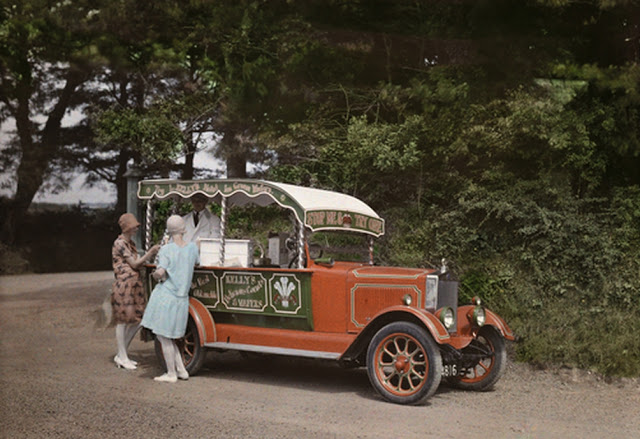 Two women buy ice cream from a vendor out of his converted car in Cornwall, 1928. 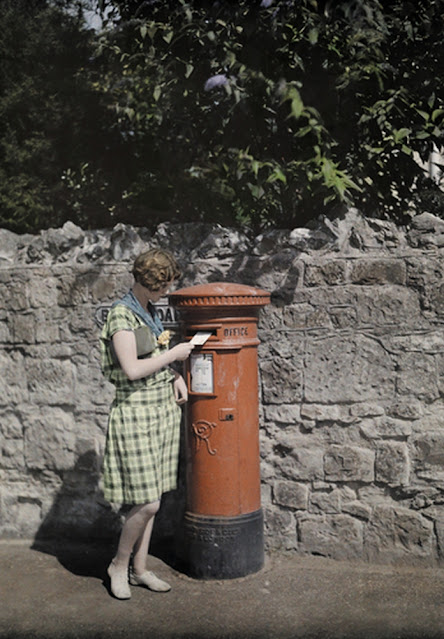 A woman sends a letter at a red pillar box on the Isle of Wight, 1928. 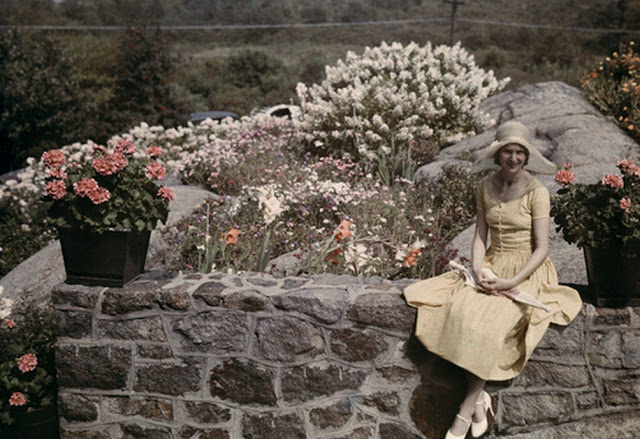 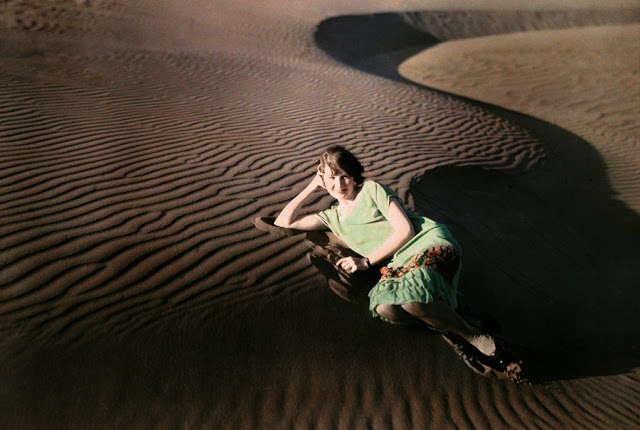 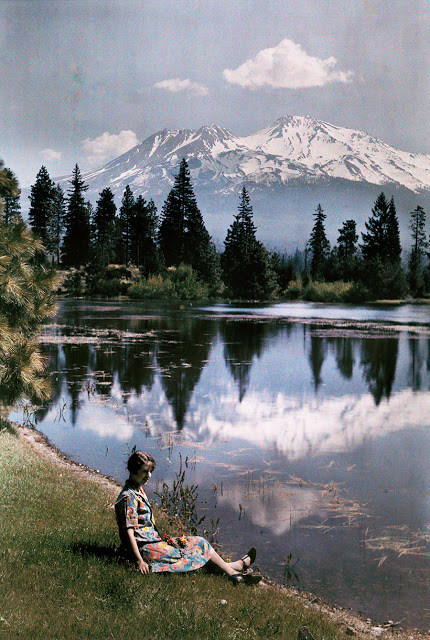 A girl sits by a lake with snow-capped mountains in the background, California, 1929. 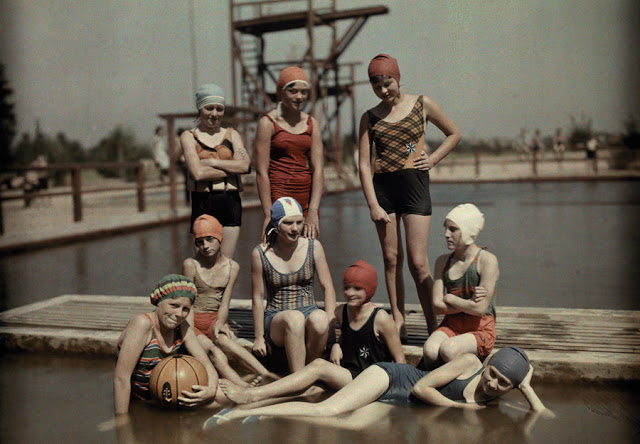 Teenage girls in bathing suits and caps on a dock in Germany, March 1928. 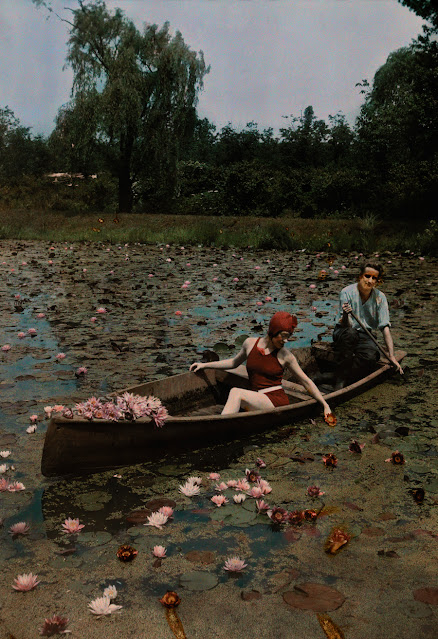 A couple paddle on a lily pond in the Kenilworth Aquatic Gardens in Washington D.C.,
1923. 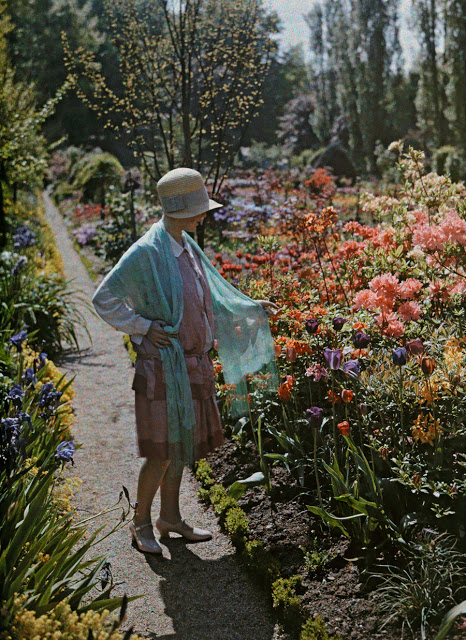 A young woman admires flowers in a Baden garden in Germany, June 1928. 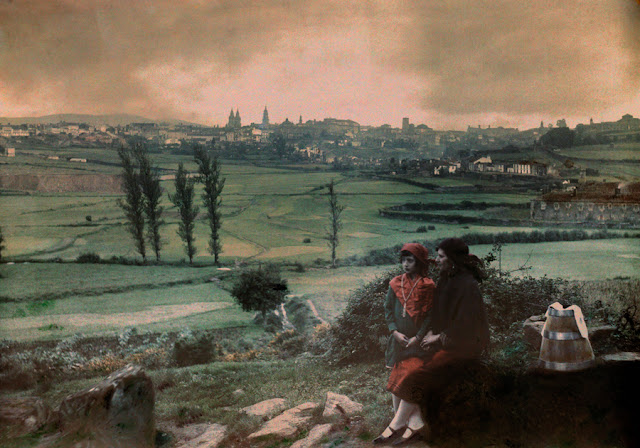 A view of the city as seen from the fountain of Santa Maria in Santiago de Compostela,
Spain, 1929. 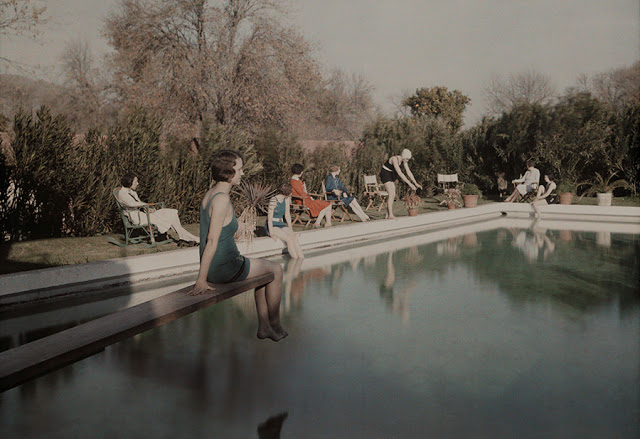 Women relax beside a swimming pool at a country estate near Phoenix, Arizona, 1928. 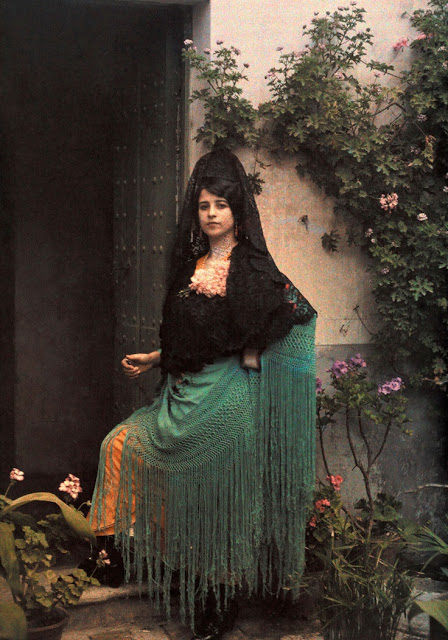 A woman dressed for a bullfight stands in a doorway, August 1924. 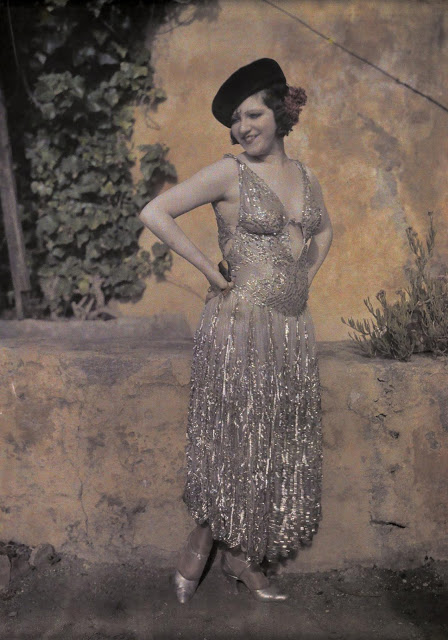 A photograph of a Spanish dancer posing in her costume, ca. 1920s. 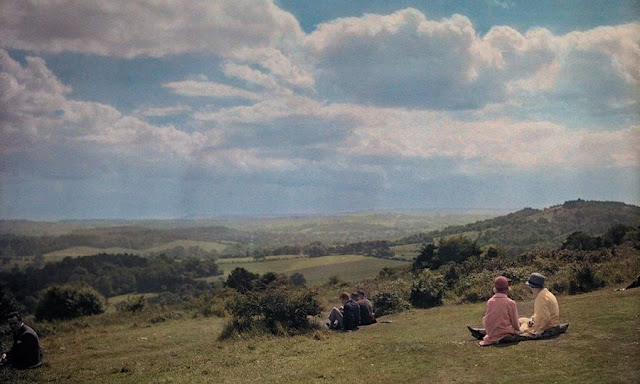 Locals enjoy the view of the Surrey Hills in England, 1928. 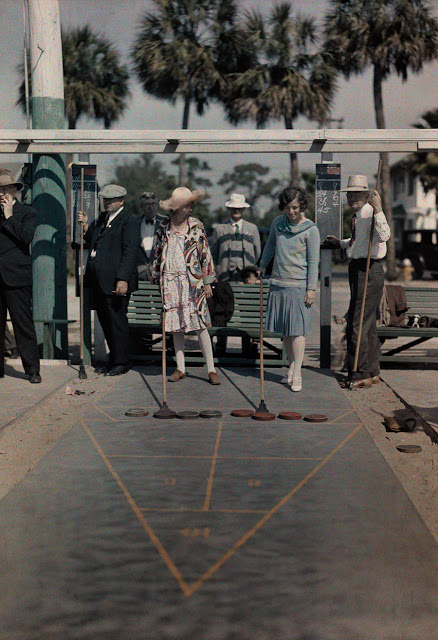 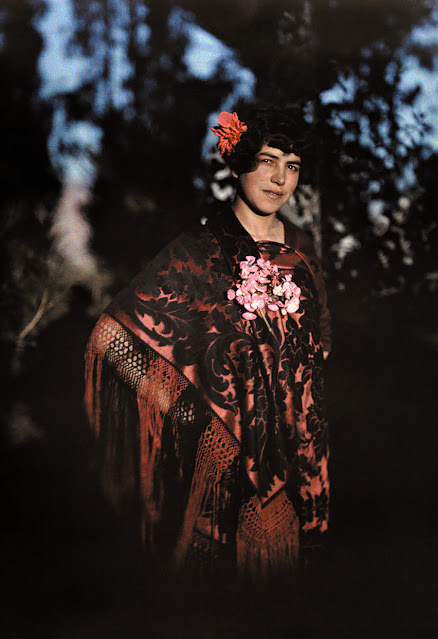 The daughter of a conquistadore poses in her elaborate poncho in La Paz, Bolivia,
February 1927. 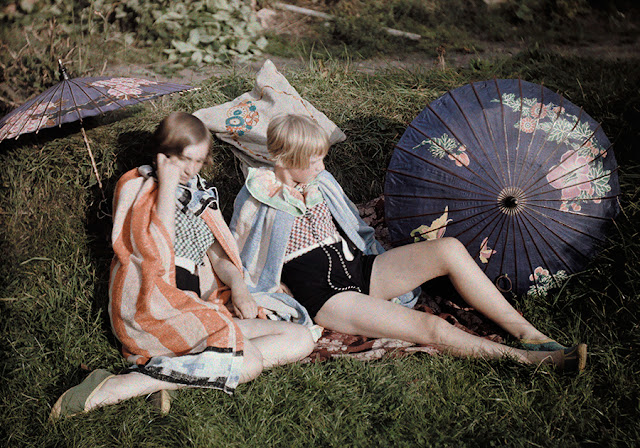 Two young girls enjoy the sun relaxing in their suits and wraps in England, September
1929.
(Photos by Clifton R. Adams)

Posted by Yesterday Today at 3:21 PM