“Football is a part of I. When I play the world wakes up around me.” – Bob Marley

Here’s a collection of 30 interesting vintage photographs that show Bob Marley’s love for football, or as we say in America– soccer. The many images that captured his playing in formal games, or just juggling the ball, show a different side of the natty dread who would burn up the stage all over Europe in the 1970s.

Aside from music, association football played a major role throughout his life. As well as playing the game, in parking lots, fields, and even inside recording studios, growing up he followed the Brazilian club Santos and its star player Pelé. Marley surrounded himself with people from the sport, and in the 1970s made the Jamaican international footballer Allan “Skill” Cole his tour manager. He told a journalist, “If you want to get to know me, you will have to play football against me and the Wailers.”

By all reports Bob Marley was quite skilled with the ball, and could pass and score with equal proficiency. 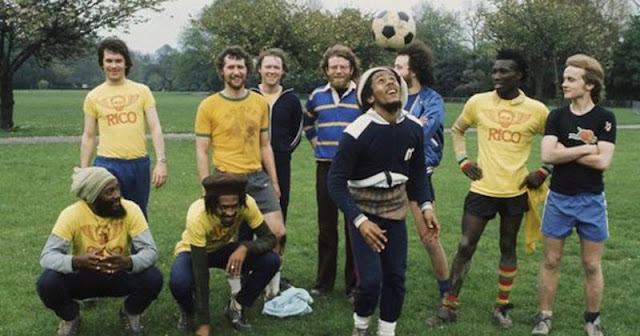 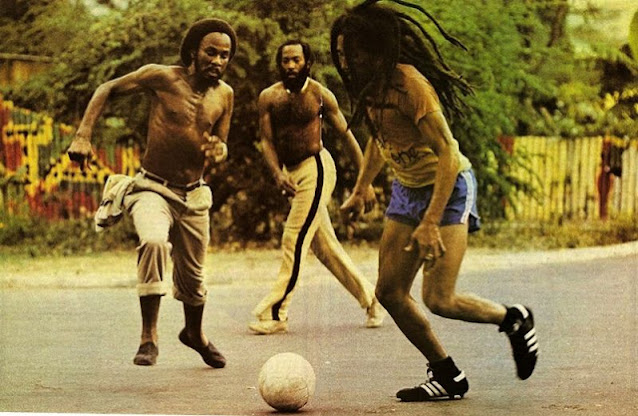 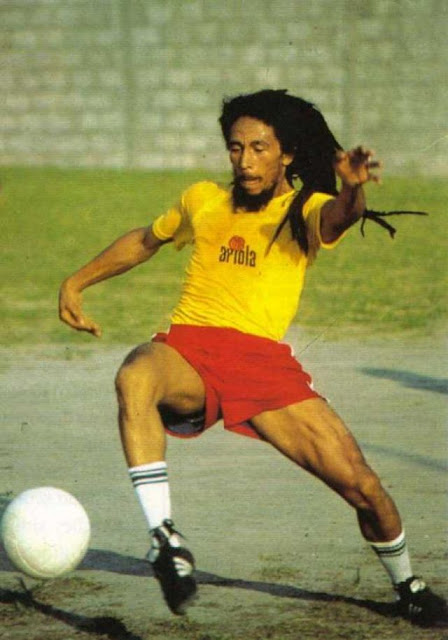 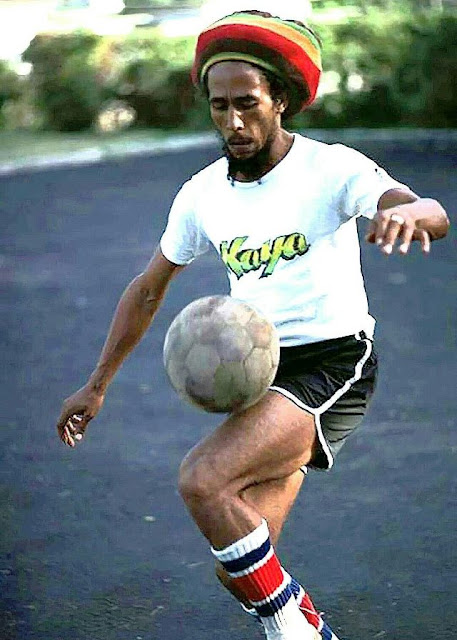 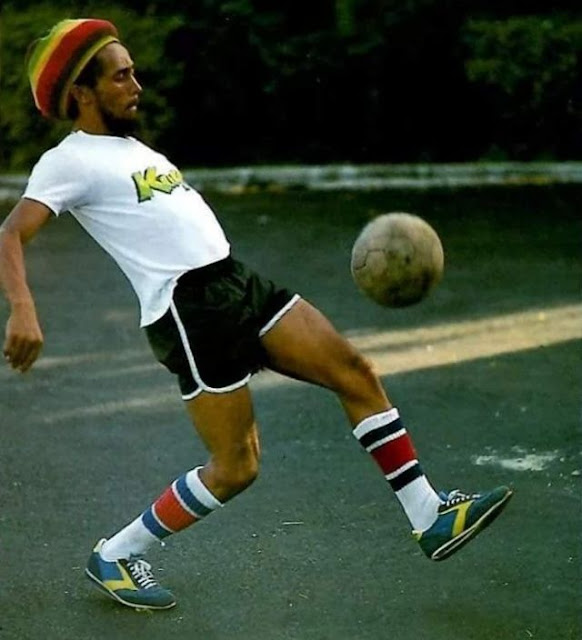 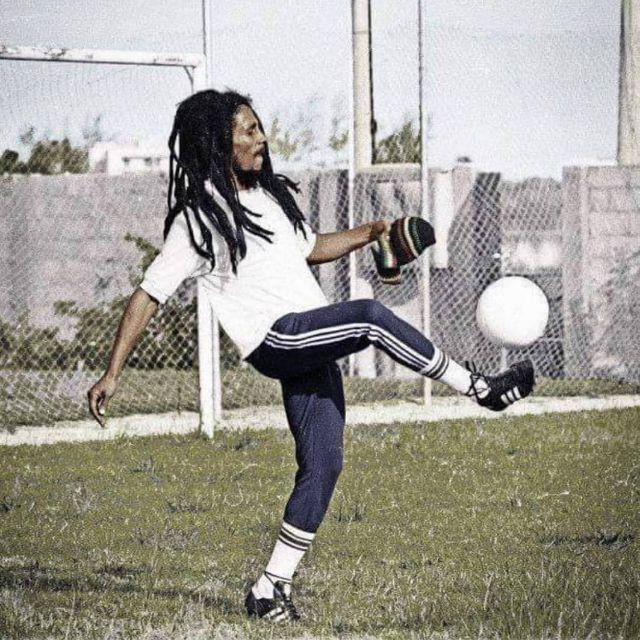 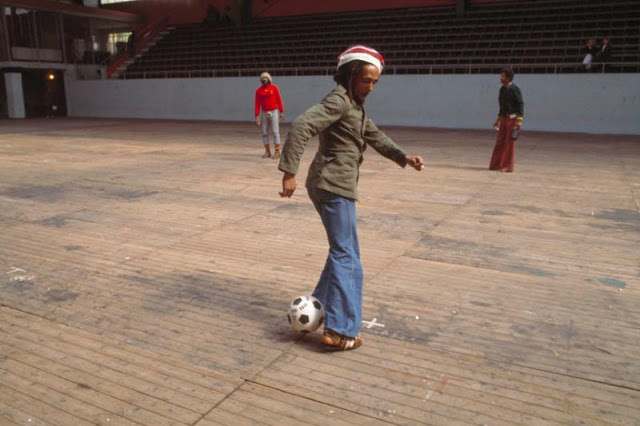 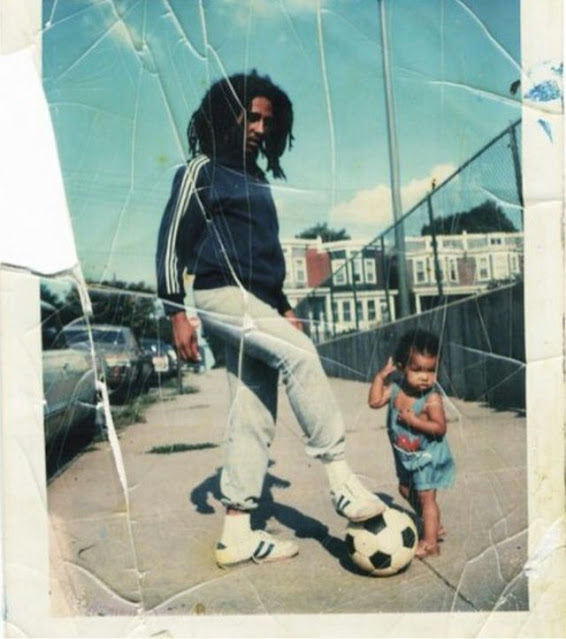 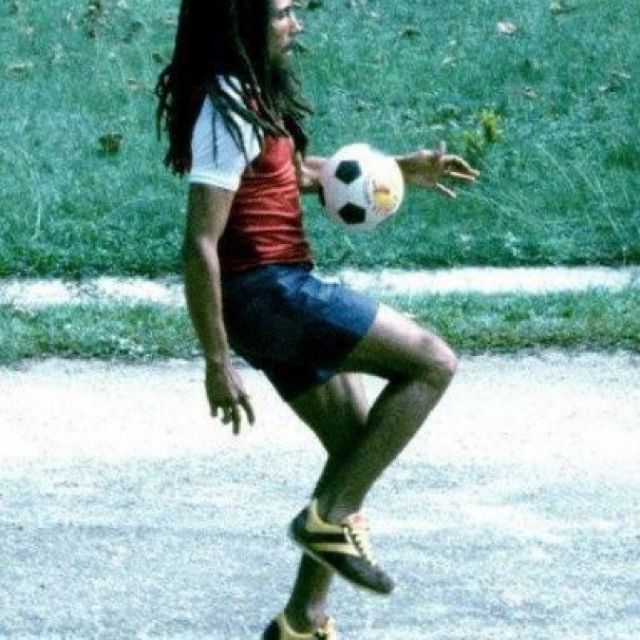 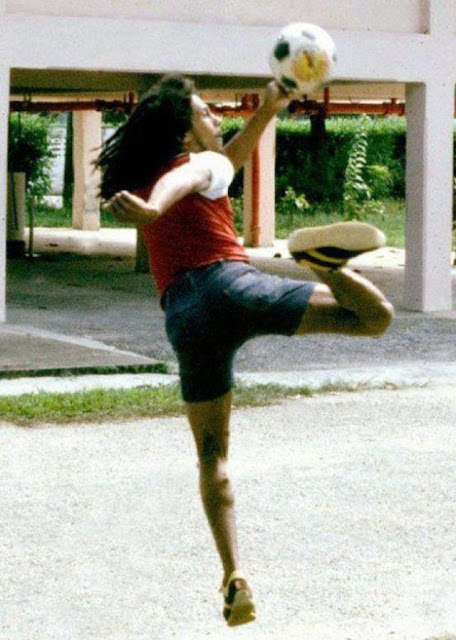 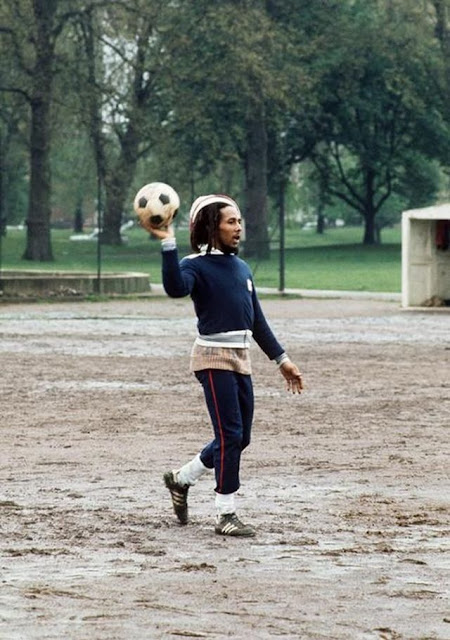 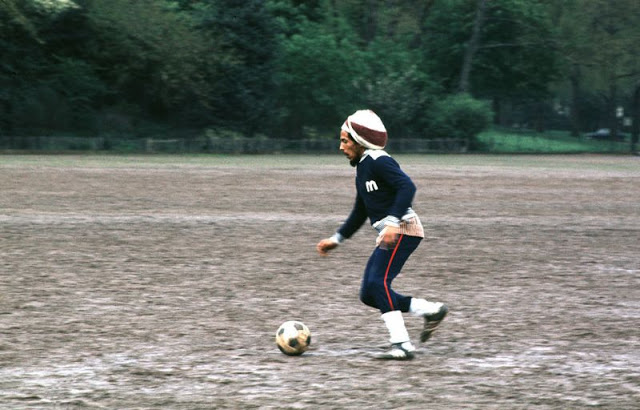 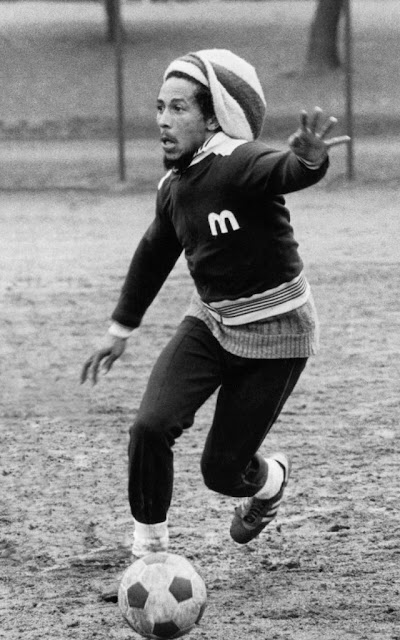 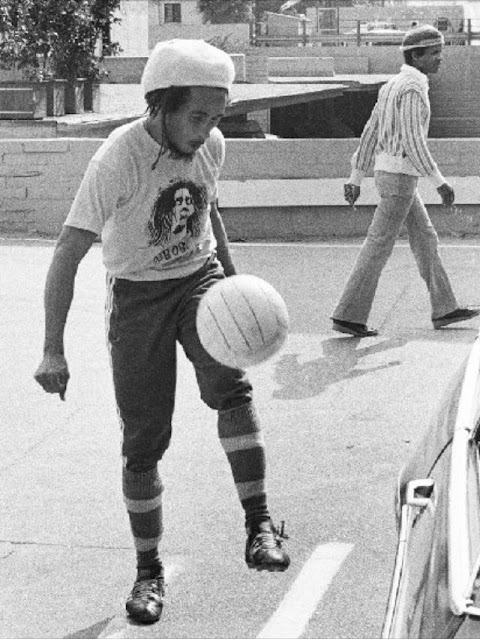 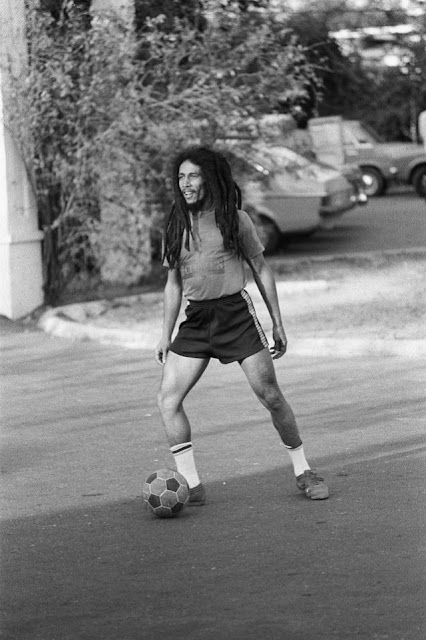 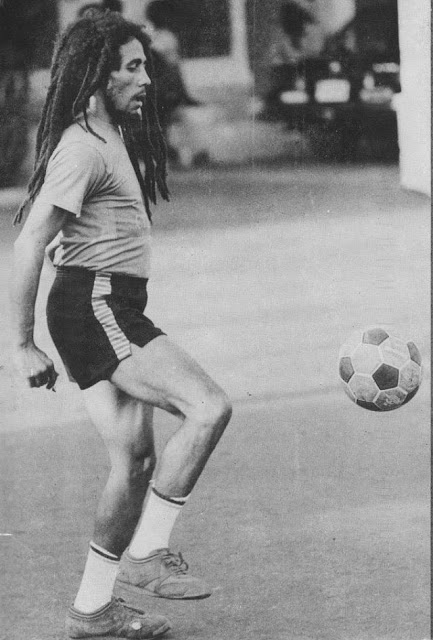 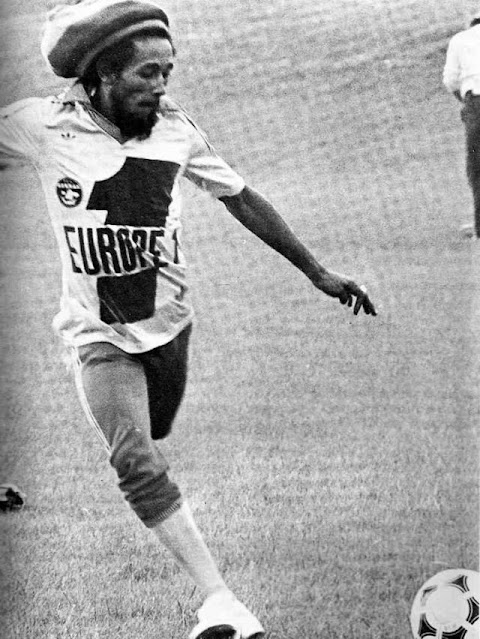 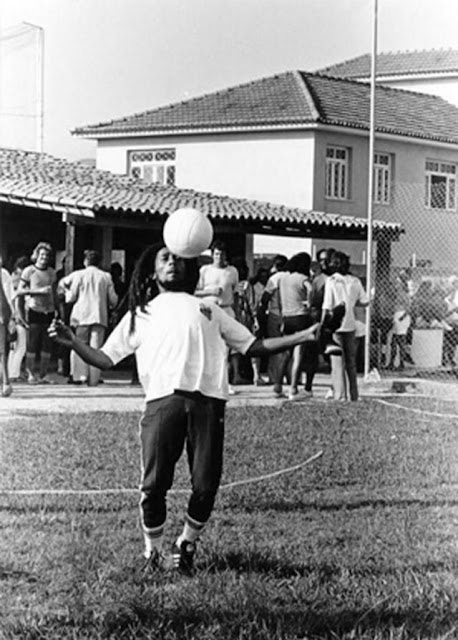 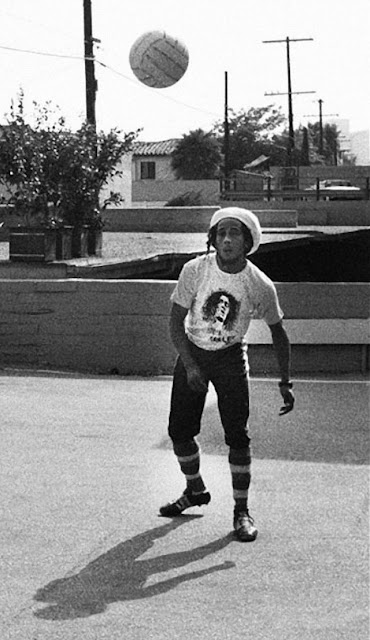 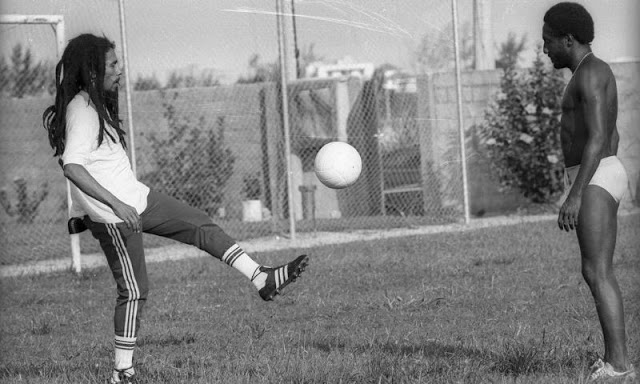 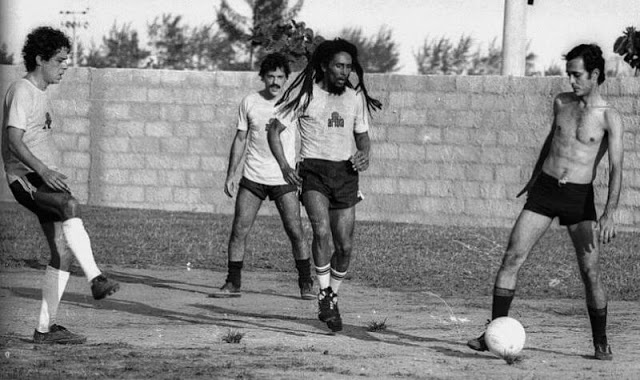 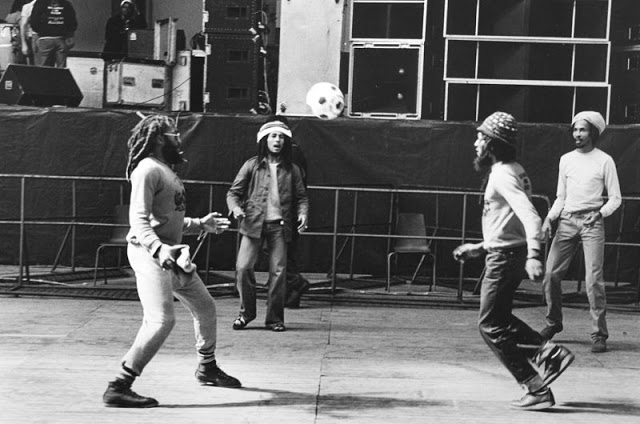 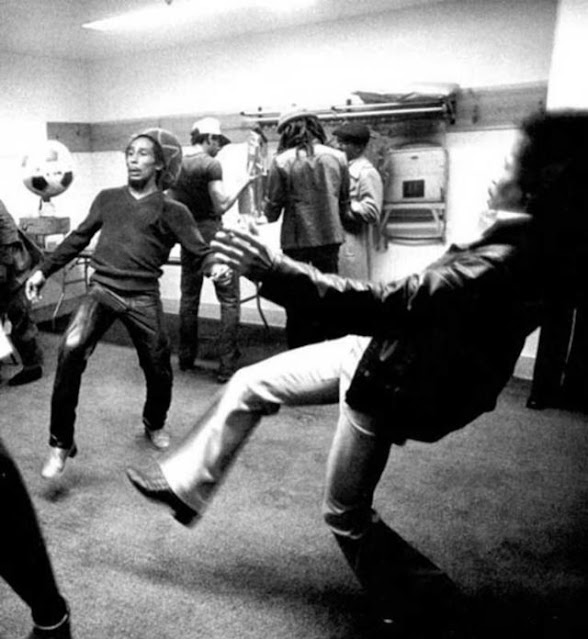 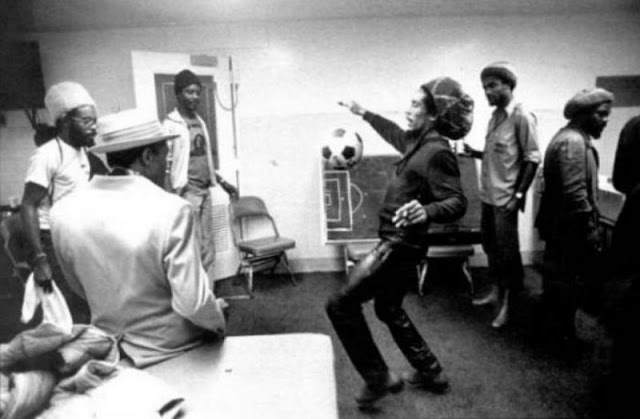 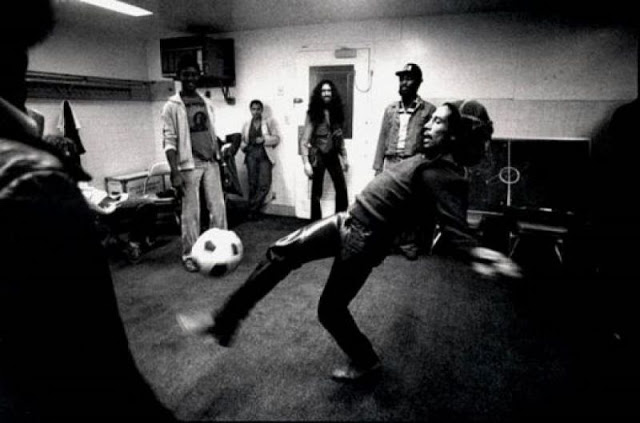 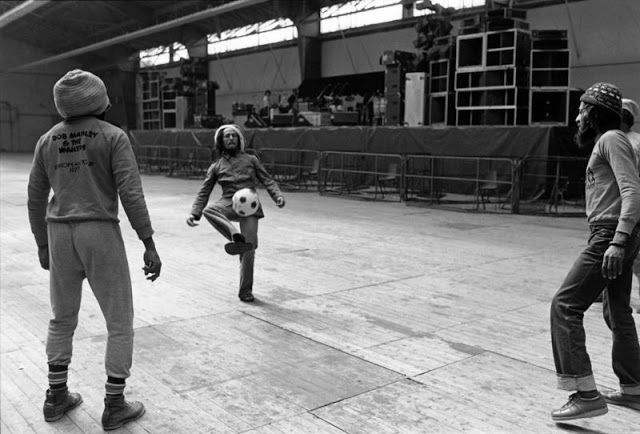 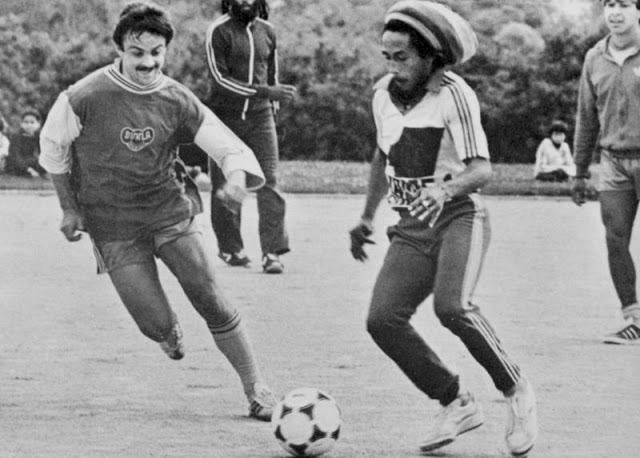 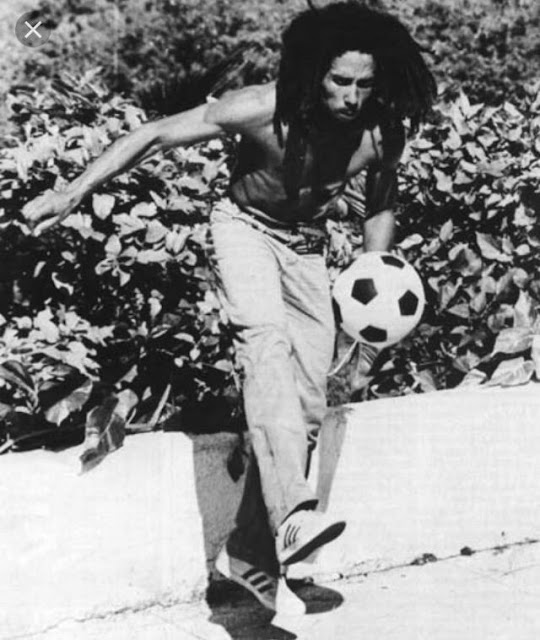 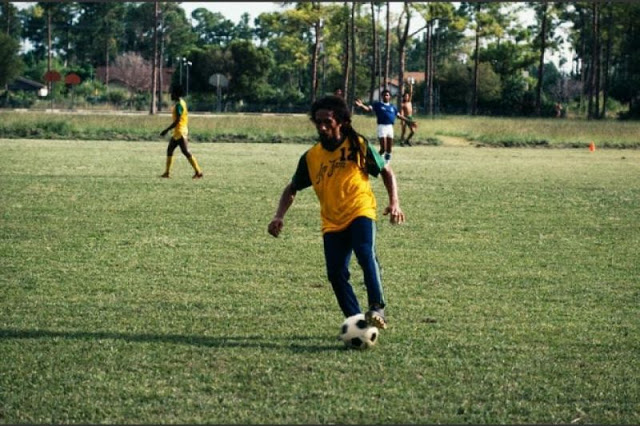 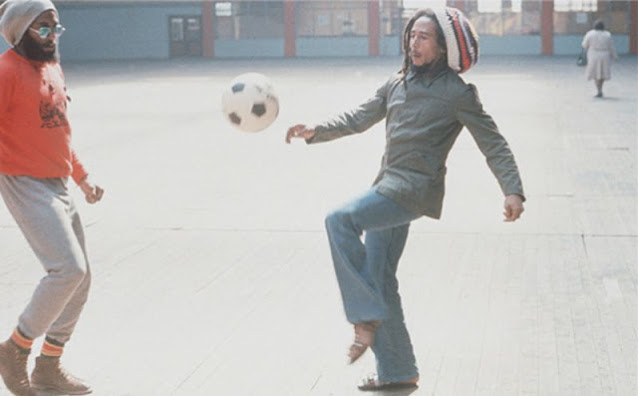 Posted by Yesterday Today at 3:45 PM