30 Wonderful Vintage Portrait Photos of the Dare Sisters, Phyllis and Zena, From the Early 20th Century

Two of the most stunning and popular actresses of Edwardian England were the sisters Dare, Phyllis (1890–1975) and Zena (1887–1975), who for decades delighted audiences in London’s West End and on tour. At the height of their fame, their likenesses graced hundreds of picture postcards, which were sold across the country. As a boy, the famed critic James Agate was said to have harbored a picture of Zena Dare in his school locker.

Daughters of a judge’s clerk, the sisters made their stage debut in 1899 in the pantomime Babes in the Wood. In 1900, Phyllis went on to make her first provincial appearance at the Theater Royal, in Manchester, in Little Red Riding Hood. She was then engaged by actor-manager Seymour Hicks to play at the Vaudeville Theater in London, where she charmed audiences in Bluebell in Fairyland and The Catch of the Season. Her big break came in 1906, when she took over the lead in the musical comedy The Belle of Mayfair after the renowned actress Edna May left the show. Though she was triumphant in the role, Phyllis’ success was short-lived because she had also signed a contract to appear in an Edinburgh Christmas pageant. (The lead in The Belle of Mayfair was subsequently taken over by Billie Burke.)

In 1909, after her appearance in Edinburgh and a tour in The Dairymaids, Phyllis appeared in the highly acclaimed Robert Courtneidge musical comedy The Arcadians, which played 809 performances at the Shaftesbury Theater. In 1911, the legendary theatrical manager George Edwardes tapped her for the title role in Peggy. During the run of the show, Phyllis recorded “Ladies Beware” for the fledgling recording company, His Master’s Voice. She also recorded four songs from the show Tina, which opened at the Adelphi in 1915. Her career continued throughout the war years, both in variety and review. In 1919, she was in Kissing Time, followed by The Lady of the Rose, The Street Singer, and The Maids of the Mountains. During the 1930s and 1940s, she appeared in show after show, straight comedies as well as musicals.

Phyllis Dare never married, though at age 22, while playing in The Sunshine Girl, she met and fell in love with the show’s composer Paul A. Rubens. The couple announced their engagement, but Rubens fell ill with tuberculosis. With no hope of recovery and not wanting to burden Phyllis, he broke off the engagement. He died in 1917, at age 40.

Zena Dare’s career paralleled her sister’s. As a young girl, she appeared in pantomime in Scotland, toured in An English Daisy, and played Cinderella at the Shakespeare Theater in Liverpool. In 1904, she was cast in her first adult role in Seymour Hicks’ The Catch of the Season, a part originally intended for Hicks’ wife Ellaline Terriss, who temporarily retired due to pregnancy. A great success, the show ran for 621 performances, although after a year Zena was replaced by her sister Phyllis because of another contract commitment. Like Phyllis, Zena also worked for George Edwardes, playing in the musicals Lady Madcap, The Little Cherub, and The Girl on Stage. In 1906, she rejoined Seymour Hicks, playing a variety of roles, including Victoria Siddons in The Gay Gordons and Peter Pan.

In 1911, at the peak of her success Zena retired from the stage to marry Maurice Brett, second son of the second Viscount Esher. They had a son and two daughters. Zena returned to the stage in 1926, at age 39. Rather than continuing in musicals, she enjoyed great success in straight roles, including Mrs. Cheyney in The Last of Mrs. Cheyney and a role opposite Noel Coward in The Second Man. In 1926, she formed her own company and toured South Africa. On her return, Zena teamed with Ivor Novello in Proscenium, in which she enjoyed her greatest success since her preretirement musical days. She also paired with Novello in 1936, playing the Manager of a beauty parlor in his musical Careless Rapture. The Times of London described her roles with Novello as “exactly suited to her years and to her bent for mild caricature.”

In 1940, Zena and Phyllis appeared together on stage in a tour of a revival of Novello’s Full House. Zena followed this with a comic performance of Lady Caroline in a revival of Dear Brutus, after which she took the role of the Red Queen in Alice through the Looking Glass. In 1949, the sisters were joined again on stage in Novello’s musical King’s Rhapsody, with Zena playing Novello’s mother and Phyllis his mistress. An enormous success, the play even ran seven months after Novello’s death in 1951. Following King’s Rhapsody, Phyllis retired to Brighton, at age 61. Zena remained on stage for another ten years, in a variety of popular plays, including Sabrina Fair, Double Image, and Nude with Violin. Her last appearance was as Rex Harrison’s mother, Mrs. Higgins, in My Fair Lady, which opened in April 1958 and played in London for five years before going on tour. Zena retired in 1965 and died on March 11, 1975. Six weeks later, on April 27, her sister Phyllis also passed away. 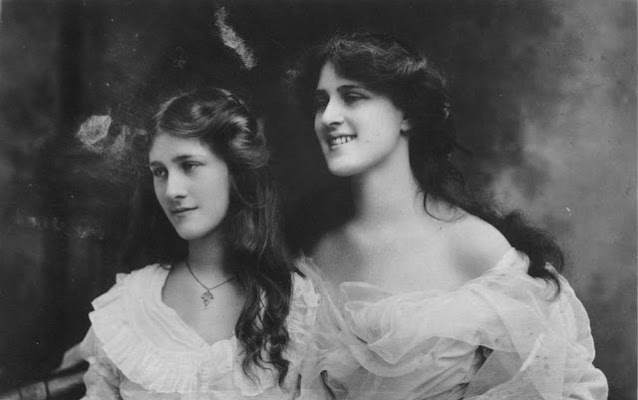 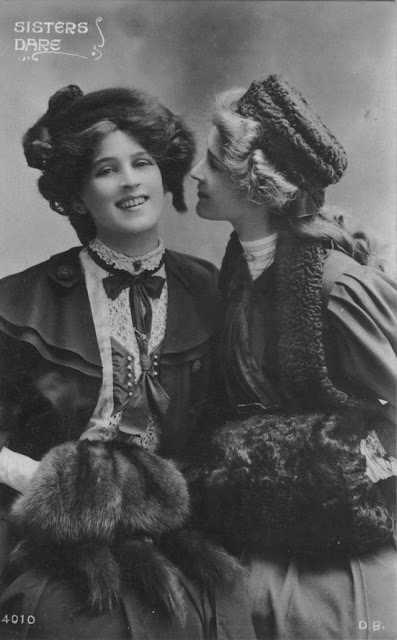 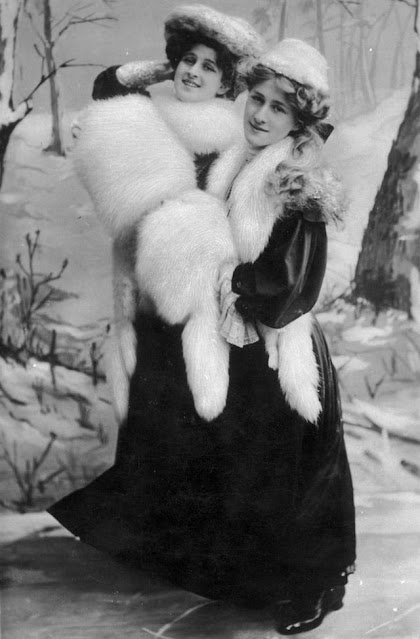 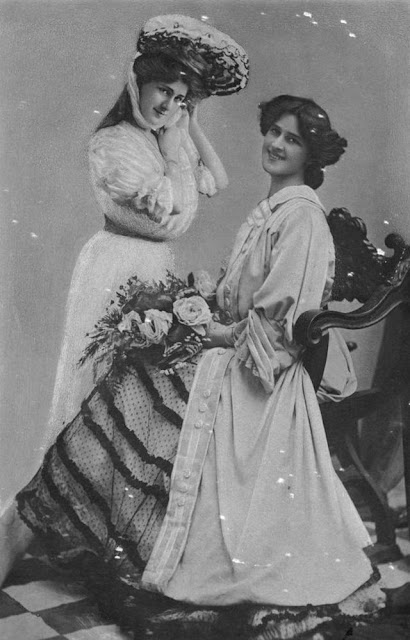 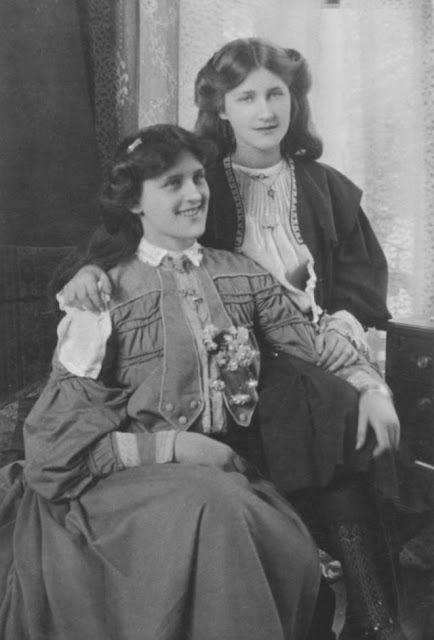 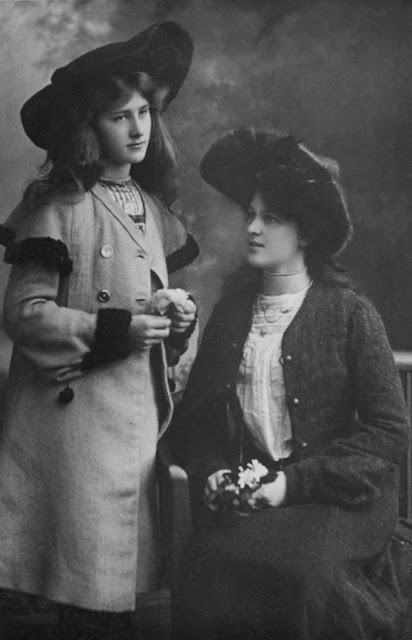 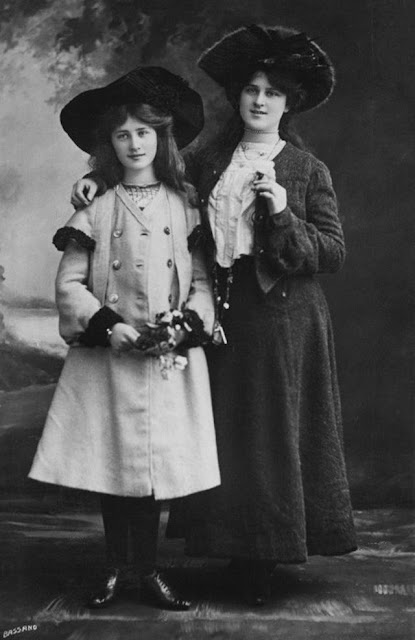 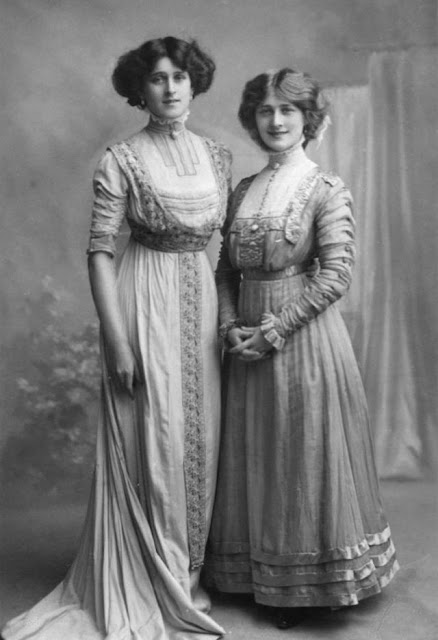 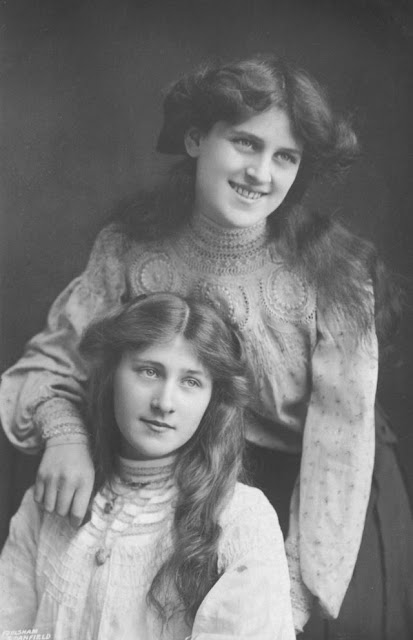 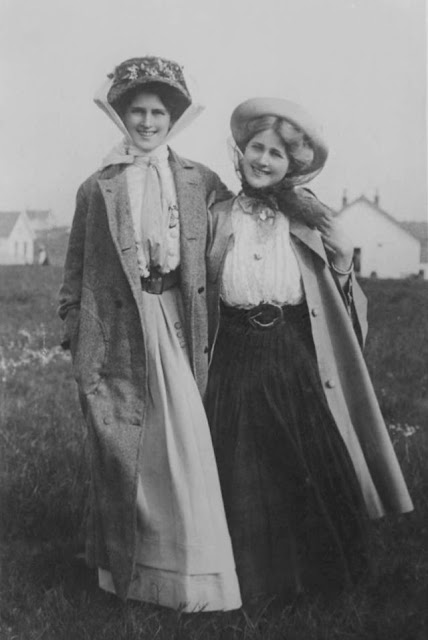 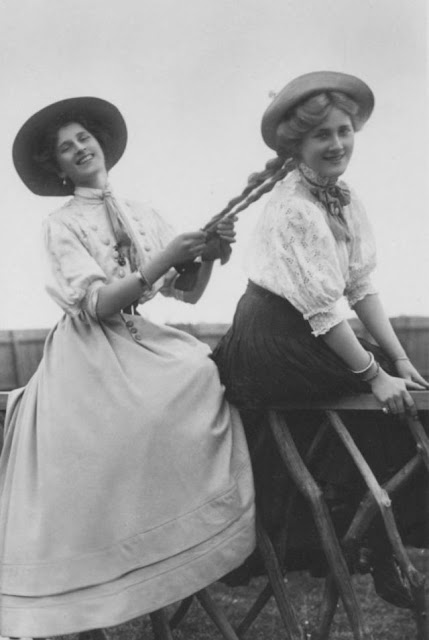 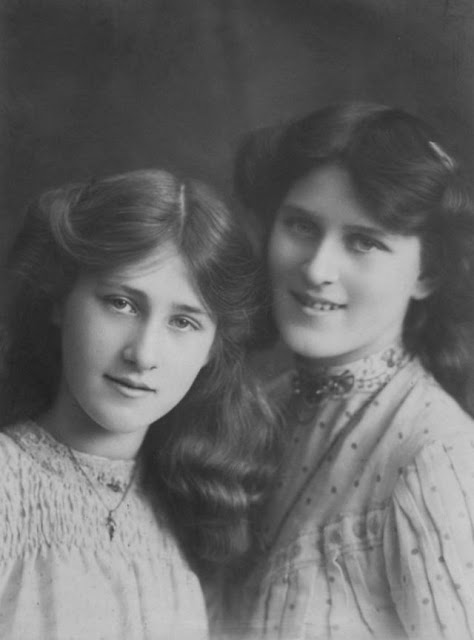 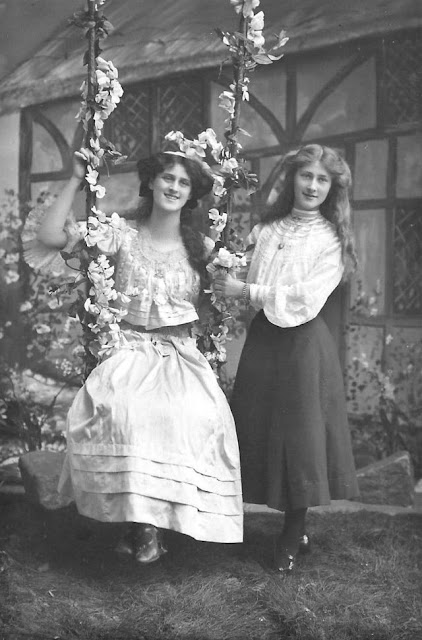 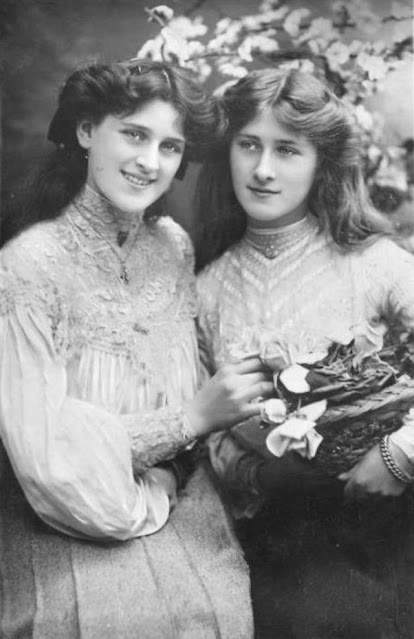 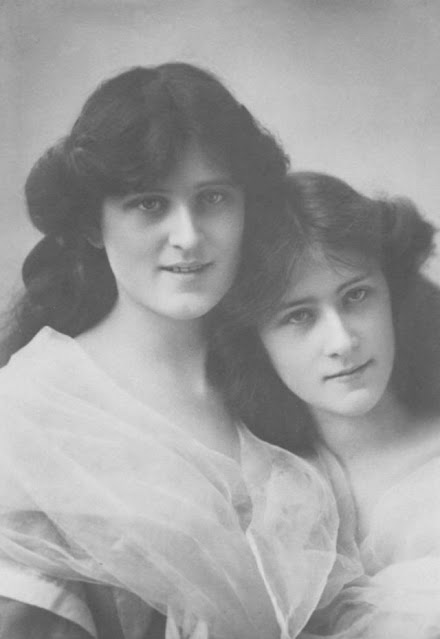 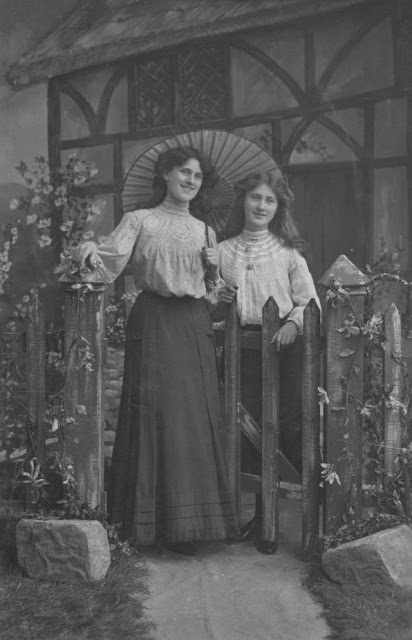 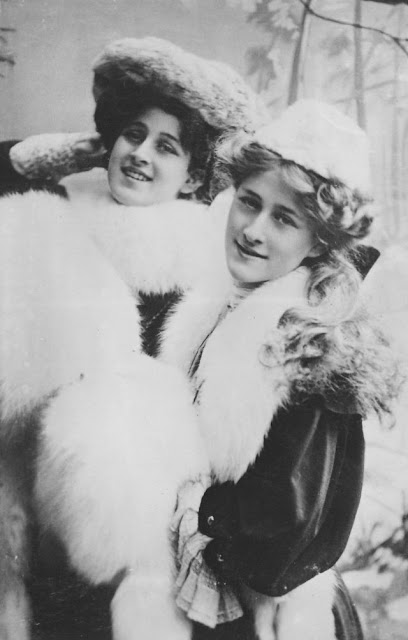 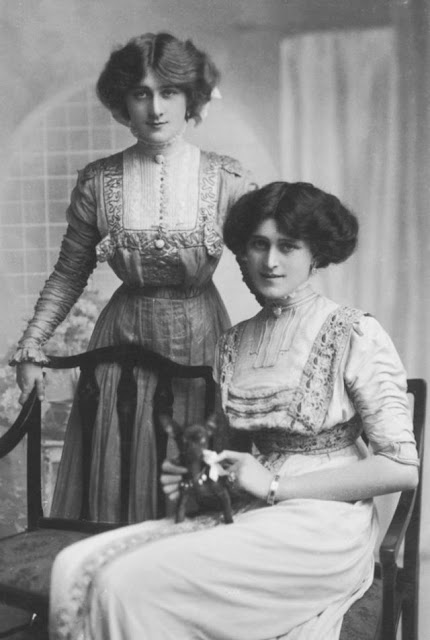 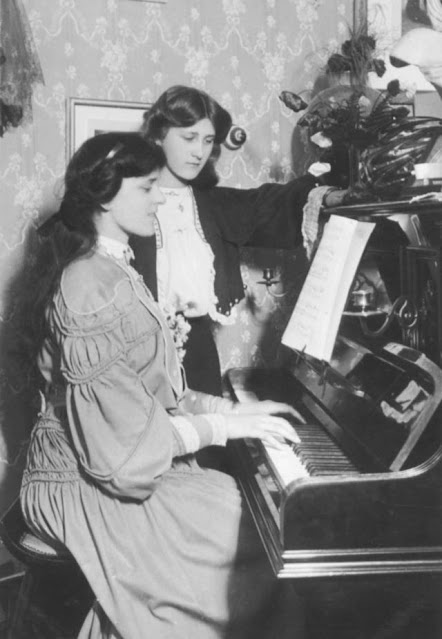 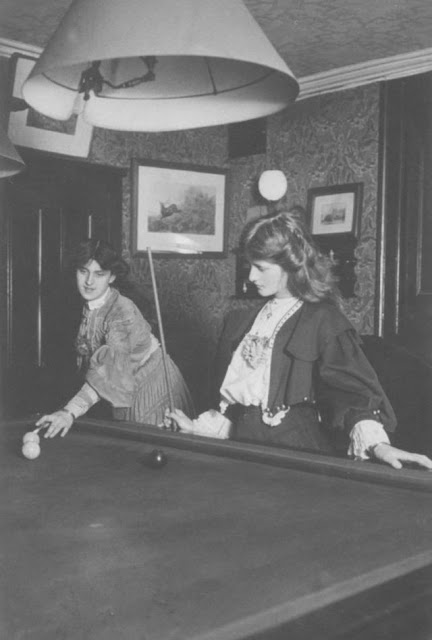 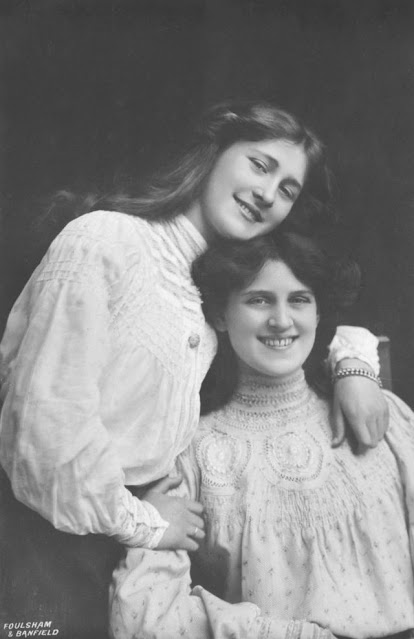 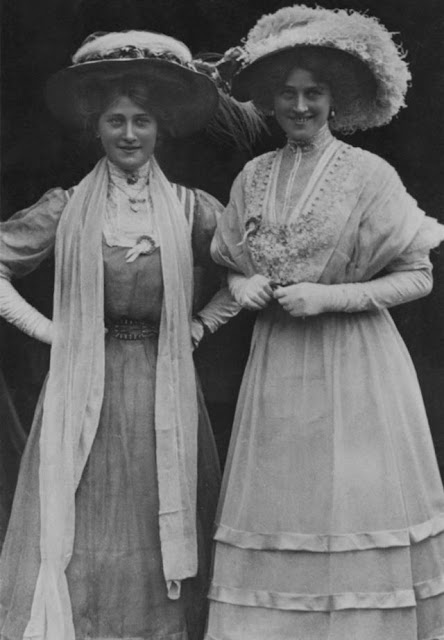 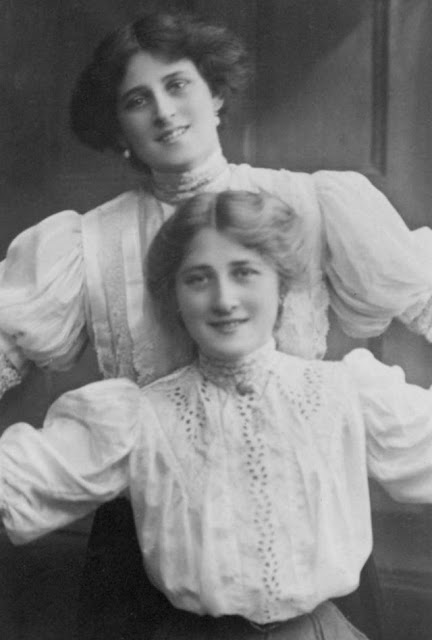 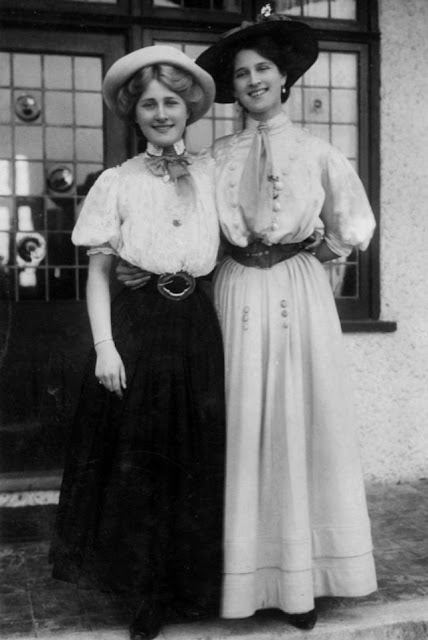 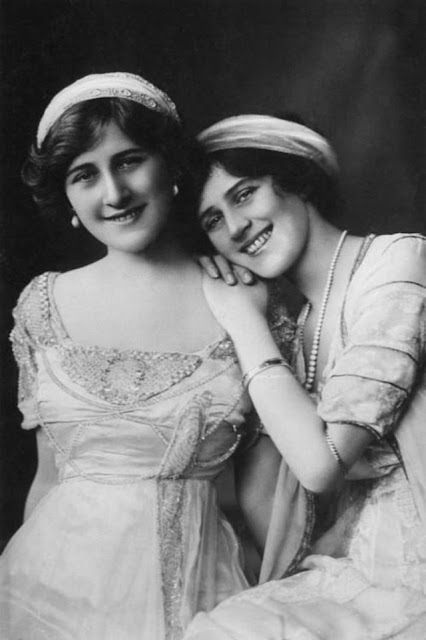 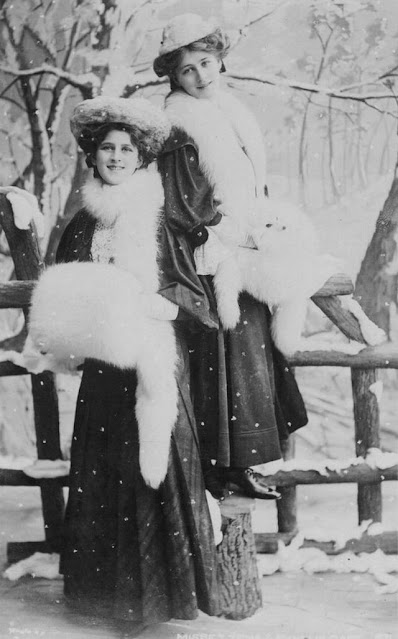 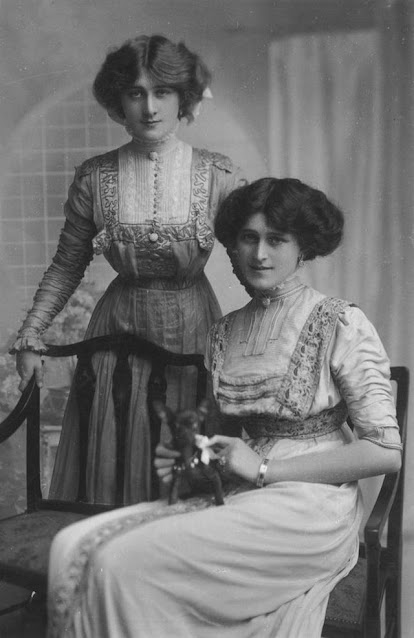 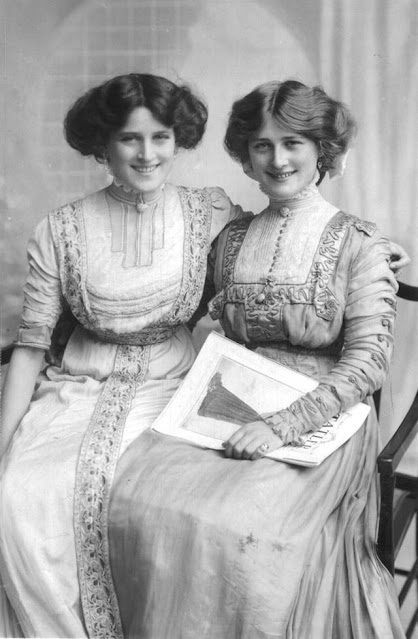 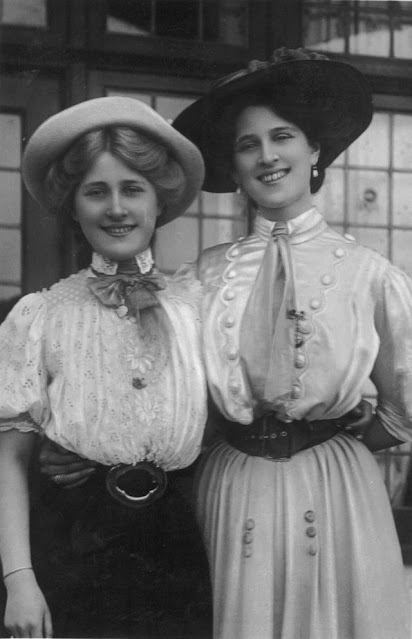 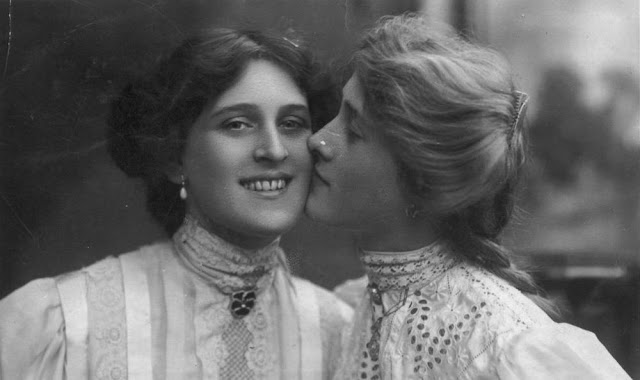 Posted by Yesterday Today at 1:10 PM