A drive-in is a facility (such as a restaurant or movie theater) where one can drive in with an automobile for service. At a drive-in restaurant, for example, customers park their vehicles and are usually served by staff who walk or rollerskate out to take orders and return with food, encouraging diners to remain parked while they eat. Drive-in theaters have a large screen and a car parking area for film-goers.

It is usually distinguished from a drive-through, in which drivers line up to make an order at a microphone set up at window height, and then drive to a window where they pay and receive their food. The drivers then take their meals elsewhere to eat.

The first drive-in restaurant was Kirby's Pig Stand, which opened in Dallas, Texas, in 1921. In North America, drive-in facilities of all types have become less popular since their heyday in the 1950s and 1960s, with drive-throughs rising to prominence since the 1970s and 1980s.

The largest Drive-In still in operation is The Varsity of Atlanta, Georgia.

These amazing drive-in photos that offer a glimpse into the era of dining in one's car from between the 1930s and 1960s. 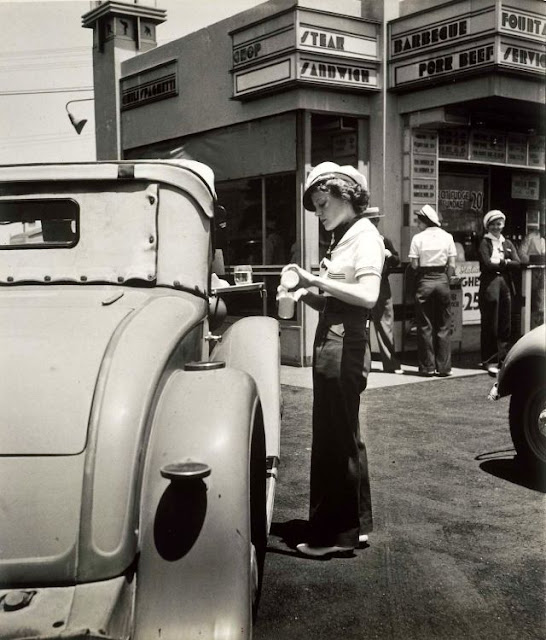 A carhop pouring milk from a bottle into a glass, at McDonnell's Drive-In, circa mid-1930s 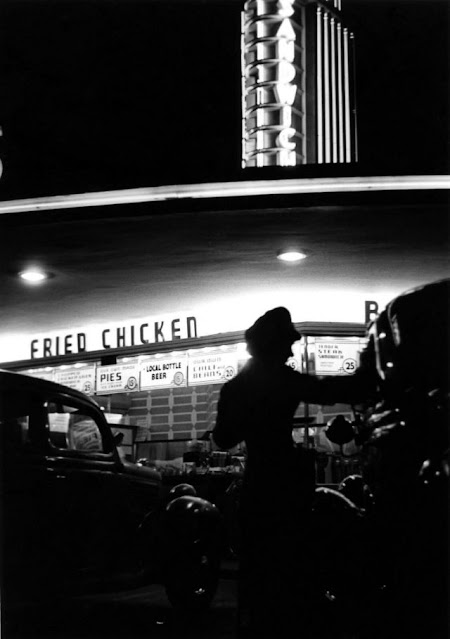 McDonnell's Drive-In at night, circa mid-1930s 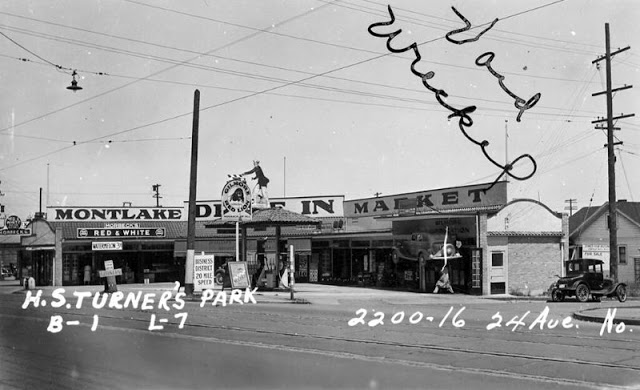 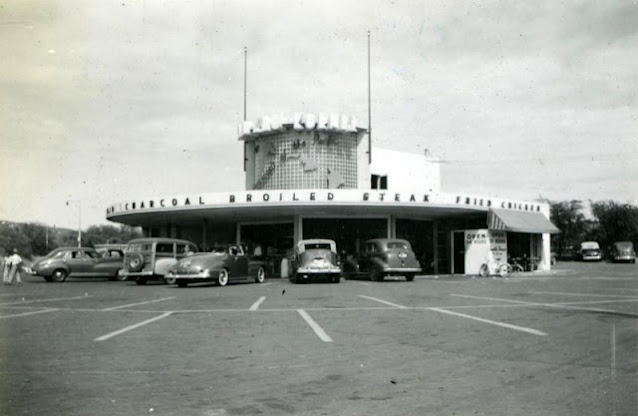 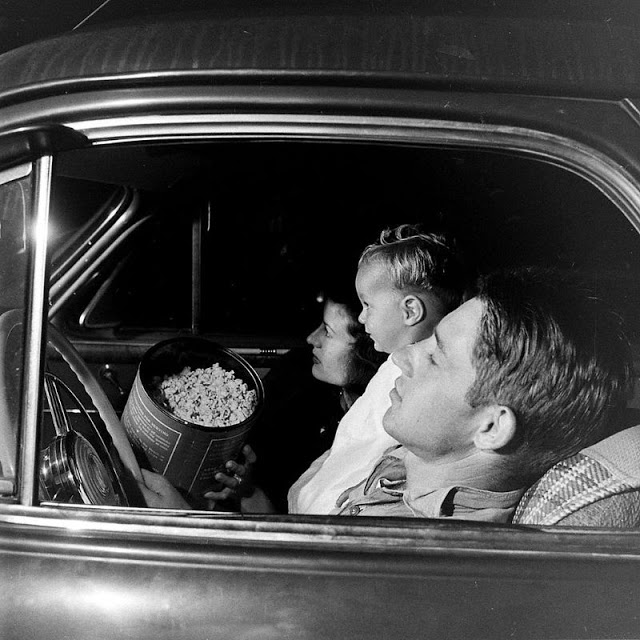 A late night at the drive in, a couple and their young son watch a film while they sit in their '41 Buick coupe, with almost an equally large canister of popcorn. 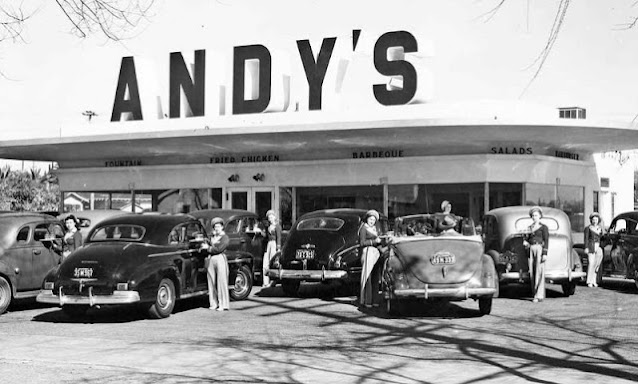 Andy's Drive-In with carhops pose in front with cars they're serving, circa 1941. A neon sign at a drive-in restaurant in Hollywood, California, 1942. 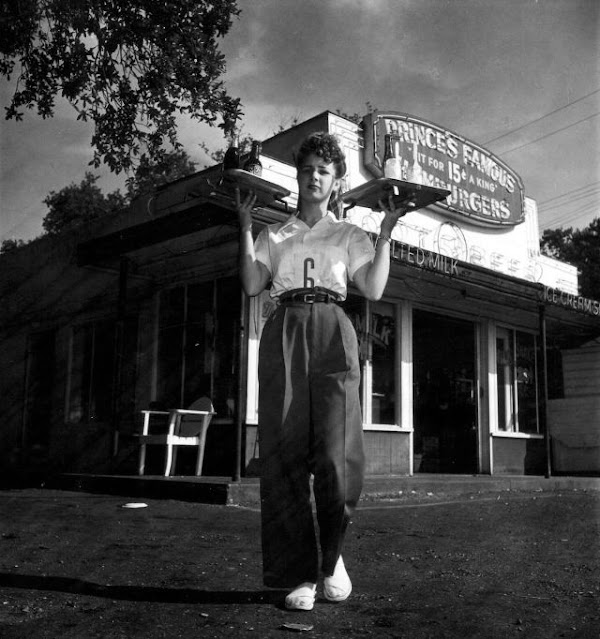 A carhop holds two trays as she poses for a shot in front of a small diner, Houston, Texas, 1945. 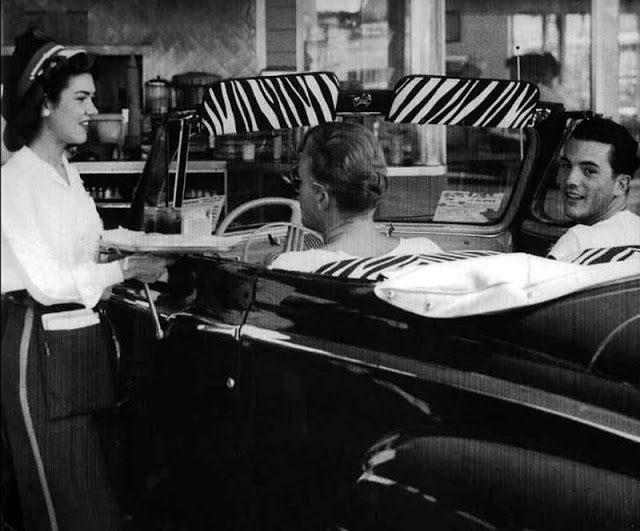 A friendly carhop converses with two guys in a '46-7 Mercury convertible, at Simon's Drive-In, 1948. 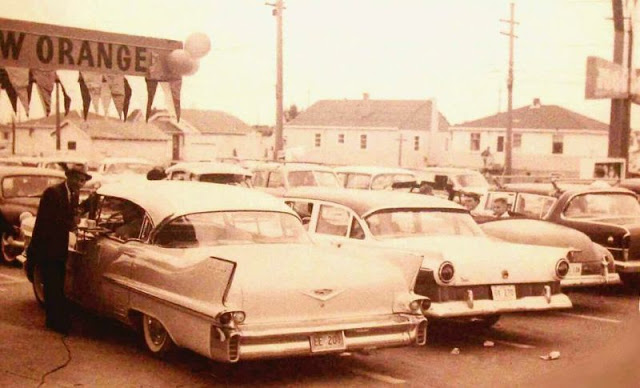 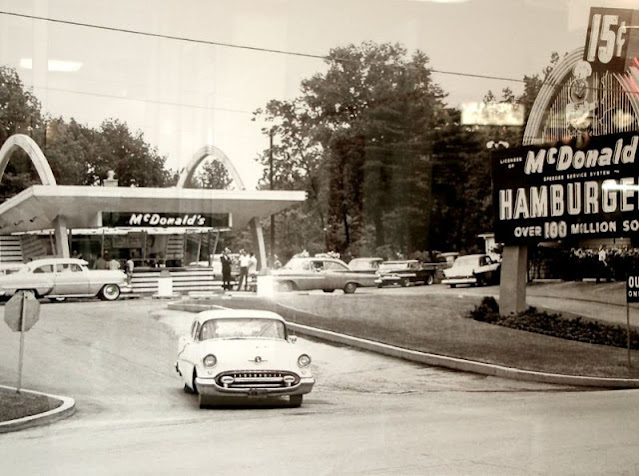 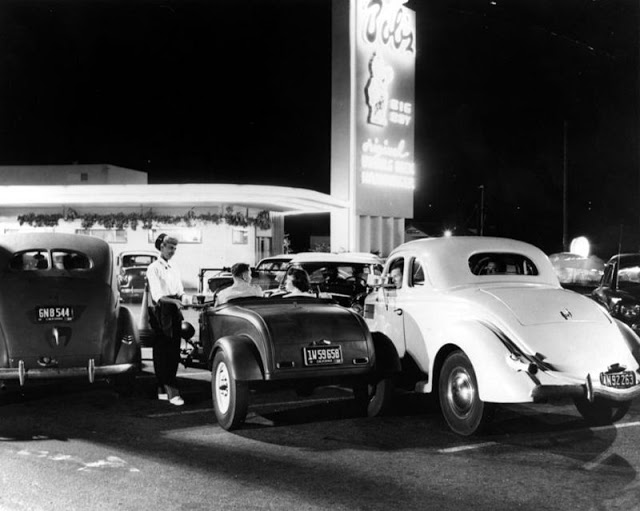 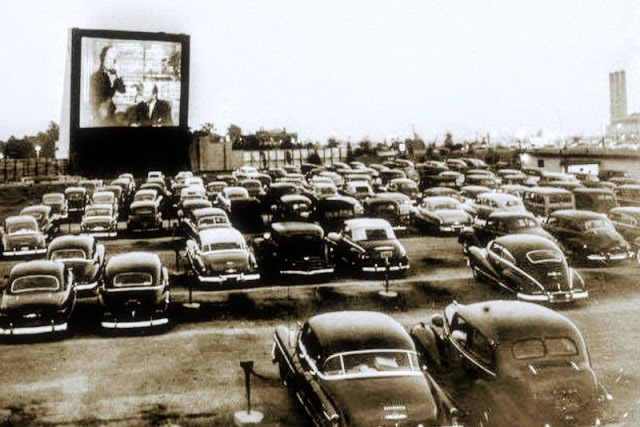 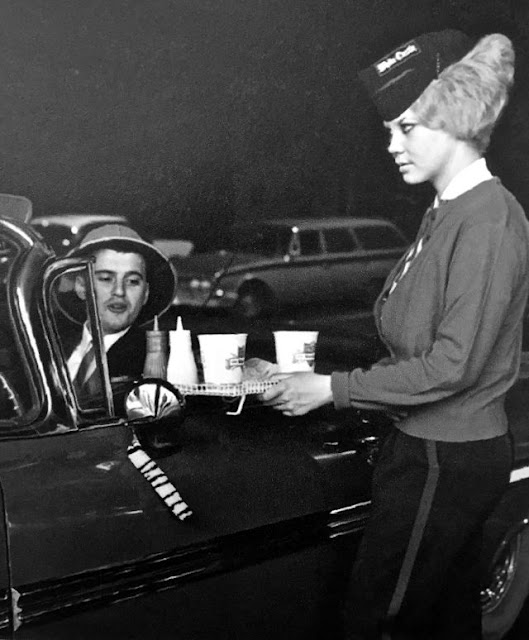 The carhop on the wall at a White Castle in Wentzville, Missouri, circa 1960s. 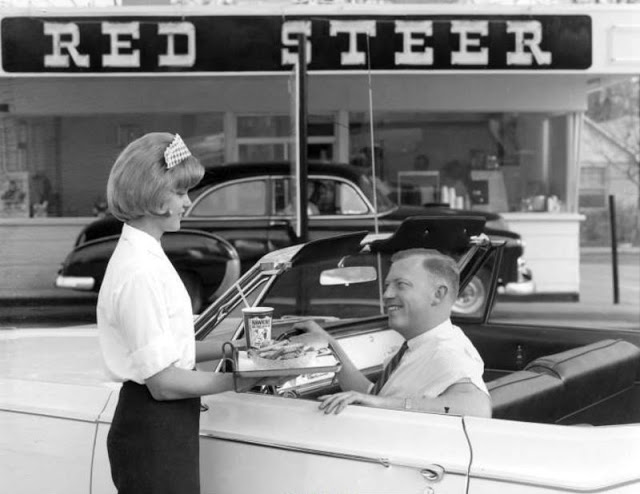