Before she was a First Lady, Jackie Kennedy was a little girl who loved horses as these pictures show.

Her early years were spent in New York City and East Hampton, Long Island, at the Bouvier family estate called “Lasata”. She became at a very early age an accomplished equestrienne, a sport that would remain a lifelong passion. As a child, she also enjoyed drawing, reading and writing poems.

Despite significant wealth, her parents’ marriage was not a success. Jack was an alcoholic and had multiple affairs, and the Bouviers separated in 1936.

These photographs of a very young Jackie show something of her passion for both her father and for her horse, at and around the time of the end of her parents’s marriage. 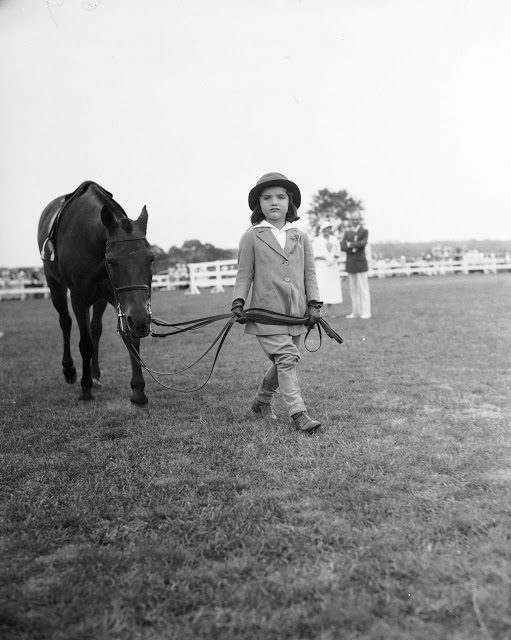 Jackie Bouvier with her horse. 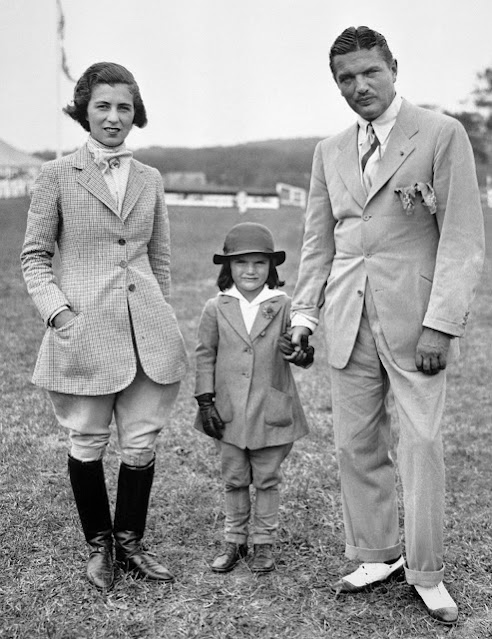 John Bouvier stands with his wife and daughter at the Sixth Annual Horse Show of the Southampton Riding and Hunt Club on Long Island. 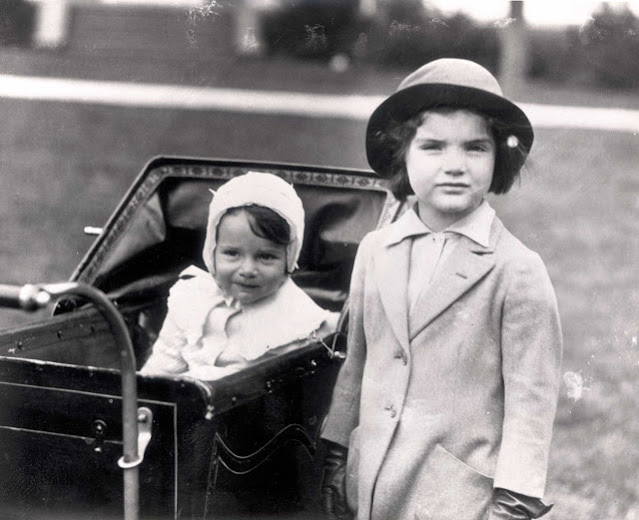 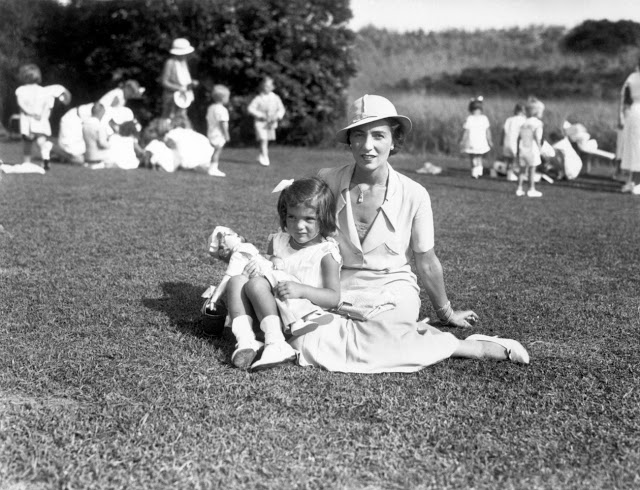 Jackie, age 4, and her mother at their East Hampton home. Jackie watches the Tuxedo Horse Show with Mrs. Allen McLane and her mother. 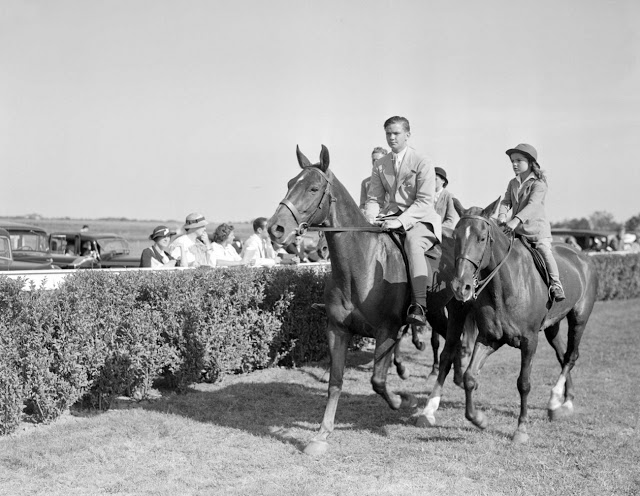 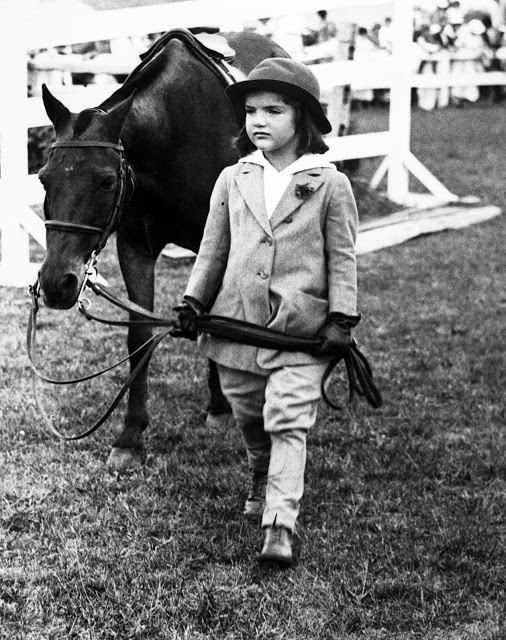 Jackie Bouvier leads her pony from the paddock after competing at the Sixth Annual Horse Show of the Southampton Riding and Hunt Club. 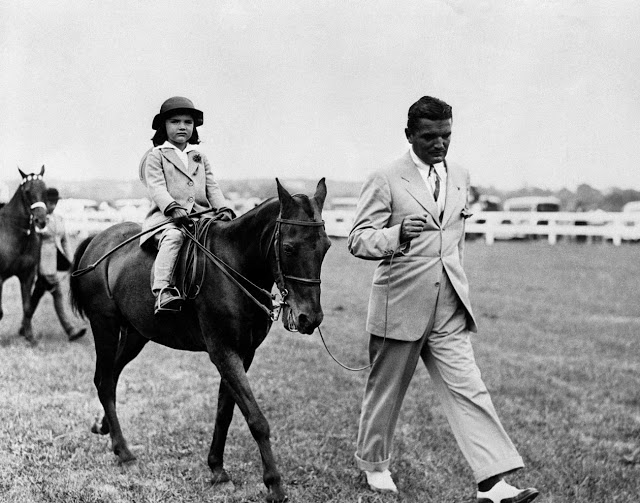 Jackie Bouvier rides horseback as her father walks at her side. East Hampton, New York. 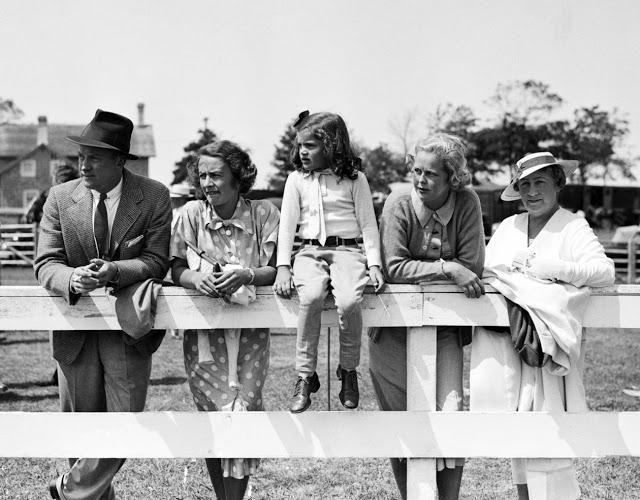 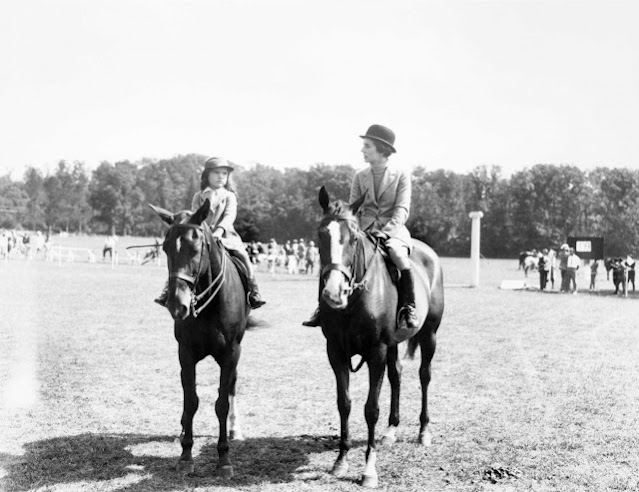 Jackie, age 6, riding with her mother in the parent and child class of the Smithtown Horse Show. Smithtown, Long Island 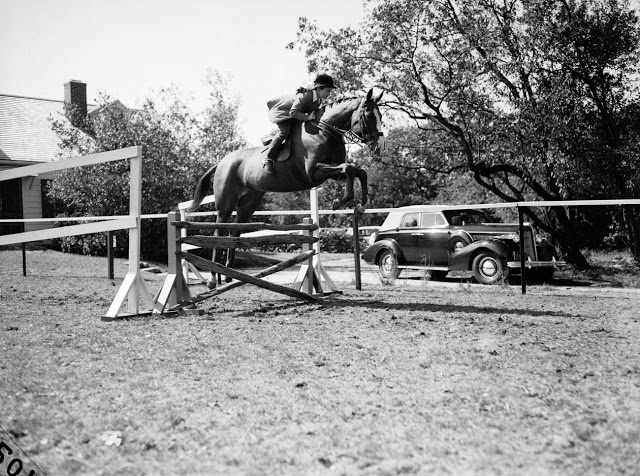 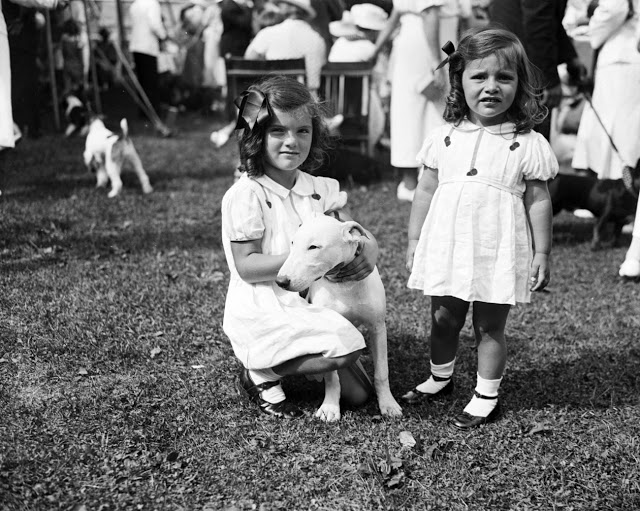 Jackie, 6 years old, and Lee play with and pet their dog Regent, a bull terrier, at a dog show in East Hampton, Long Island.

Posted by Yesterday Today at 2:51 PM