19 Lovely Portrait Photos of Famous Moms With Their Kids

According to LIFE magazine, the focus of the gallery is most decidedly not meant to suggest that famous moms are any more worthy of notice than any other mothers anywhere in the world who feed, clothe, encourage, protect, challenge and, ultimately, unconditionally love their children. Rather, this gallery is a simple acknowledgement that we're more or less fascinated by fame. 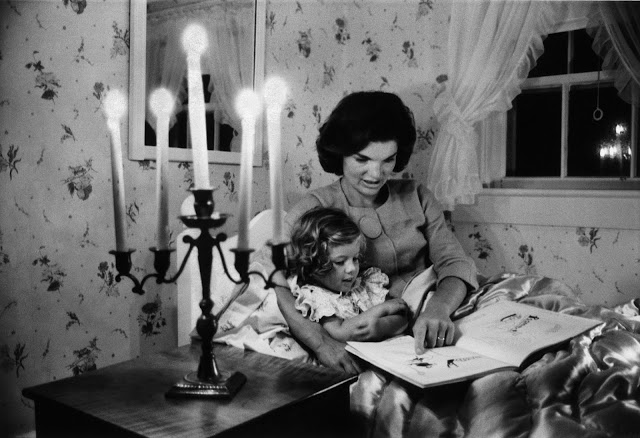 Jackie Kennedy reads to her daughter, Caroline, in Hyannis Port, Mass., in 1960. 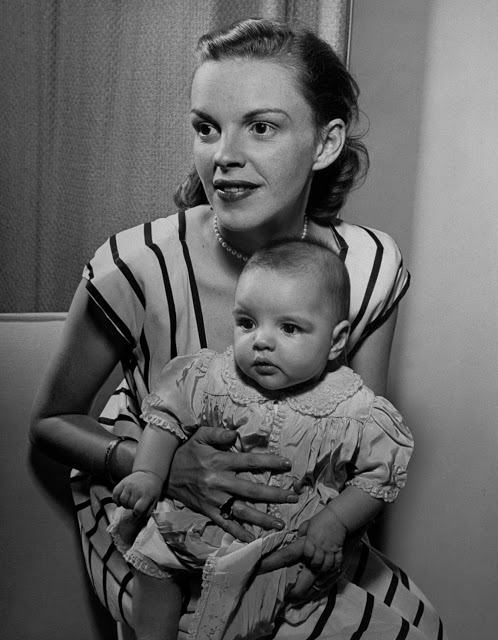 Judy Garland holds her daughter, Liza, at home in Hollywood in 1946. 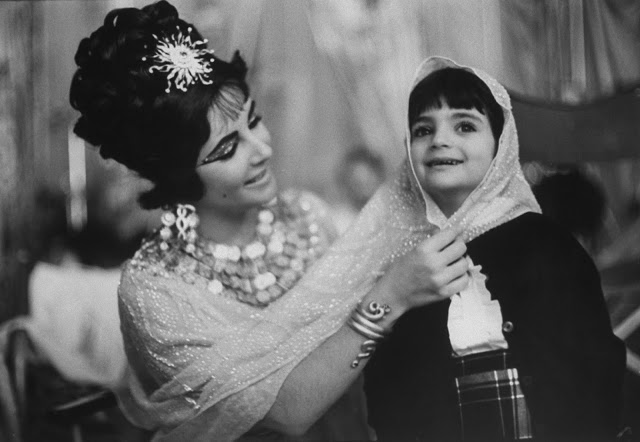 Elizabeth Taylor on the set of Cleopatra with her daughter, Elizabeth Frances, in Rome in 1962. 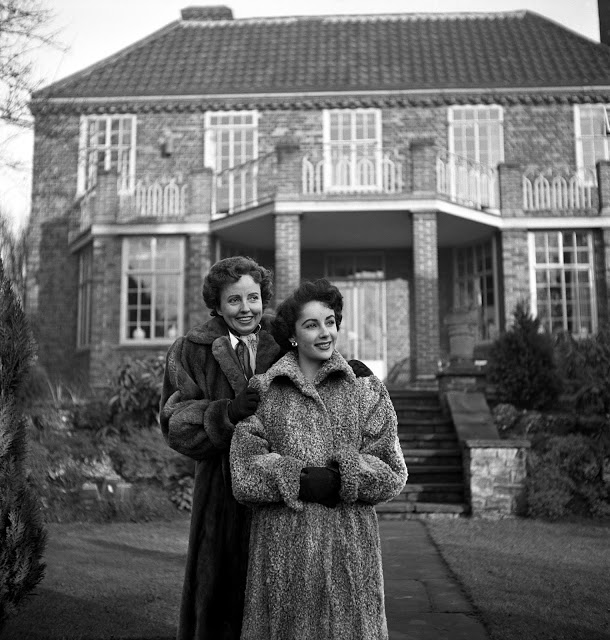 Elizabeth Taylor and her mother, Sara, in 1948. 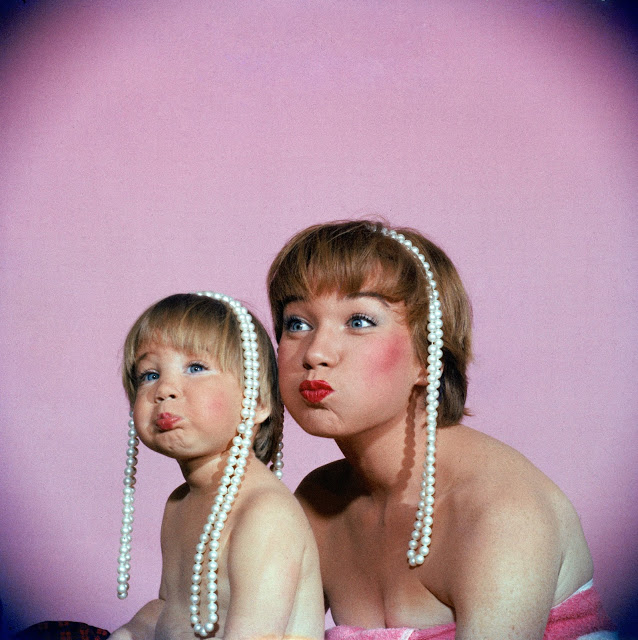 Shirley MacLaine and her daughter, Sachi Parker, in 1959. 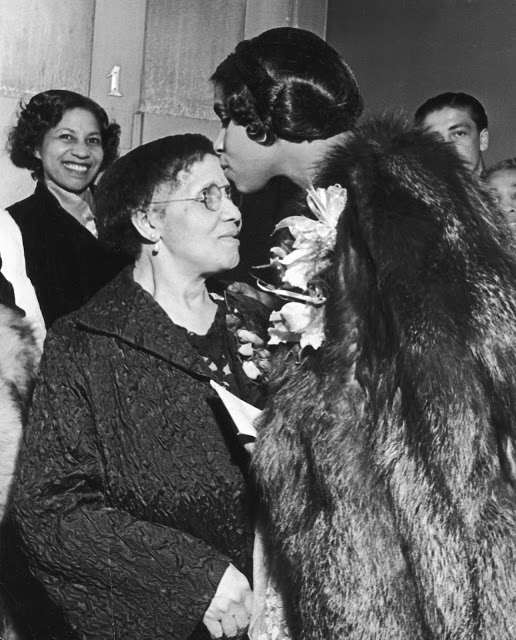 The great American contralto Marian Anderson kisses her mother after a concert in Philadelphia in 1937. 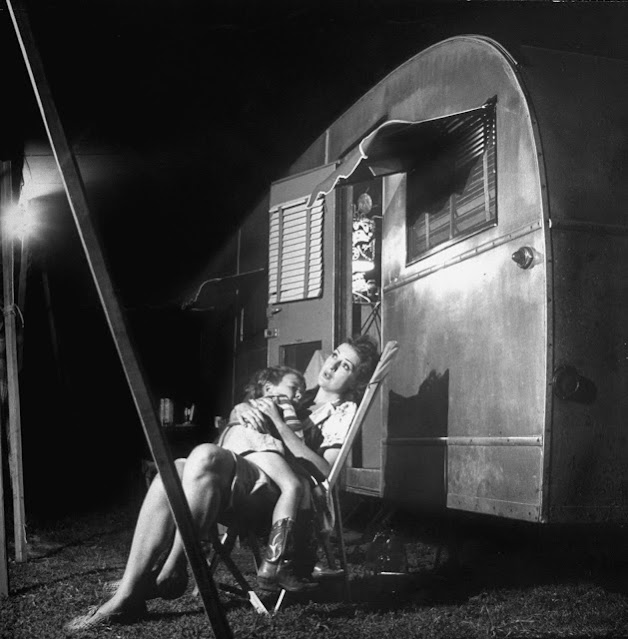 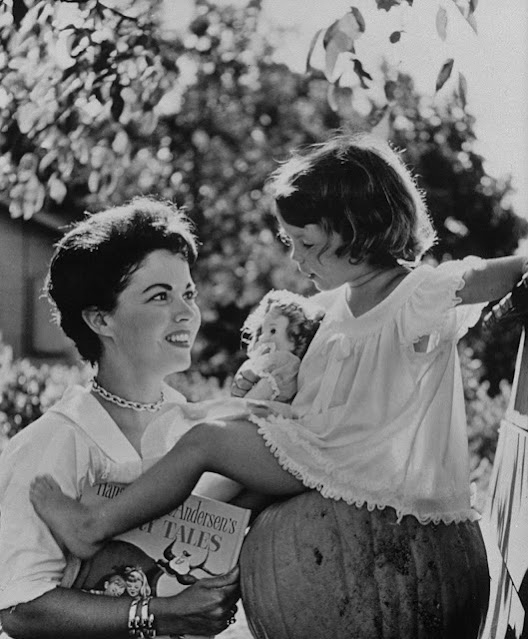 Shirley Temple with her daughter, Lori, in Atherton, California, in 1957. 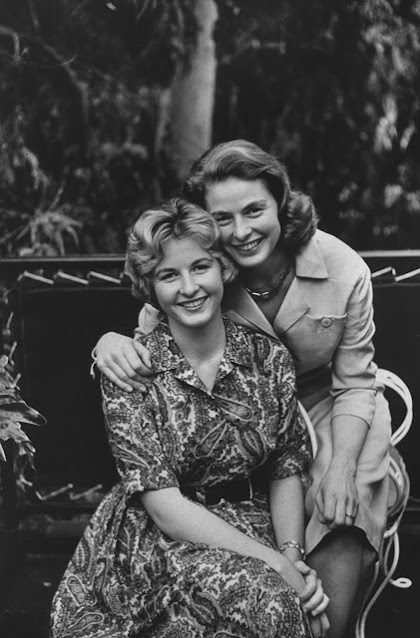 Ingrid Bergman and her daughter, Pia Lindstrom, in 1959. 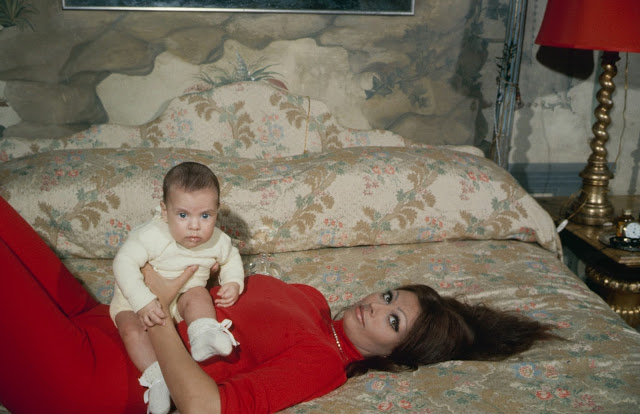 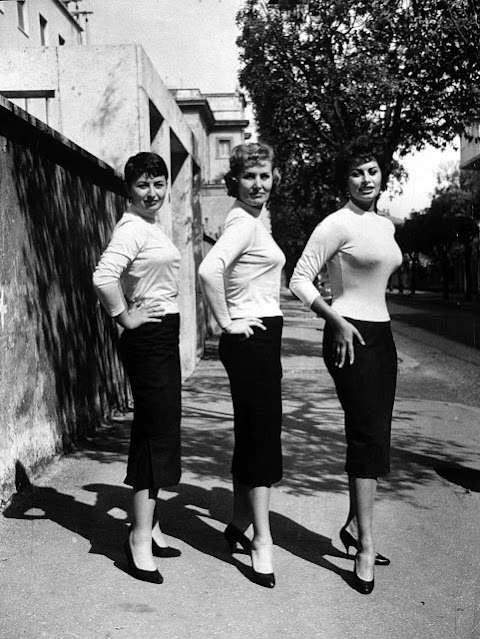 Sophia Loren (right) poses with her mother (center) and her sister, Maria, in 1957. 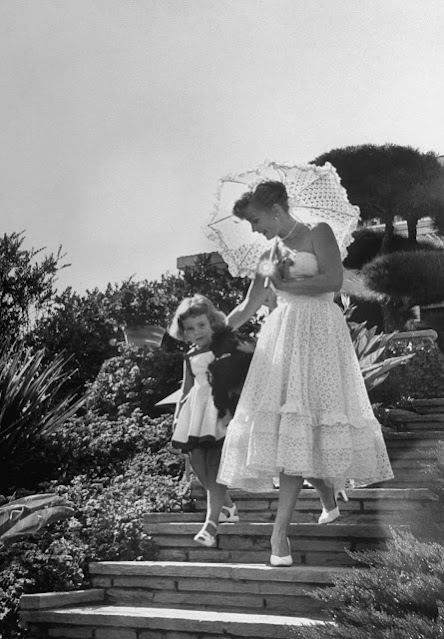 Zsa Zsa Gabor and her daughter, Francesca, at home in Bel Air, 1951. 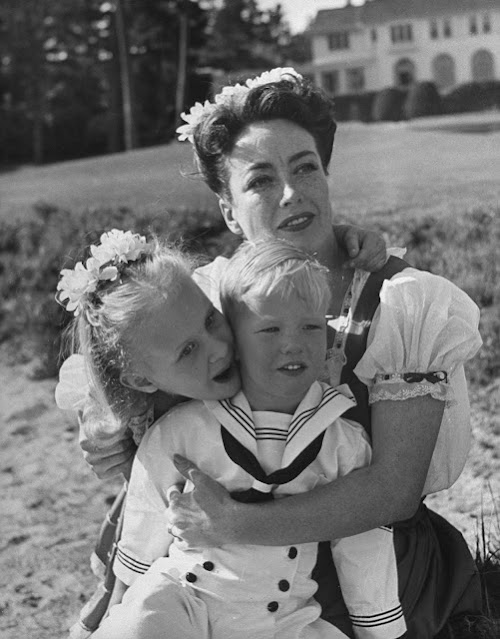 Joan Crawford and two of her children, Christina and Christopher, on the beach, Monterey, California, 1945. 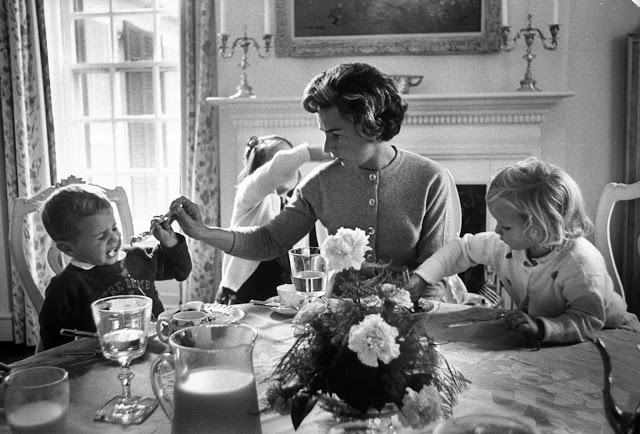 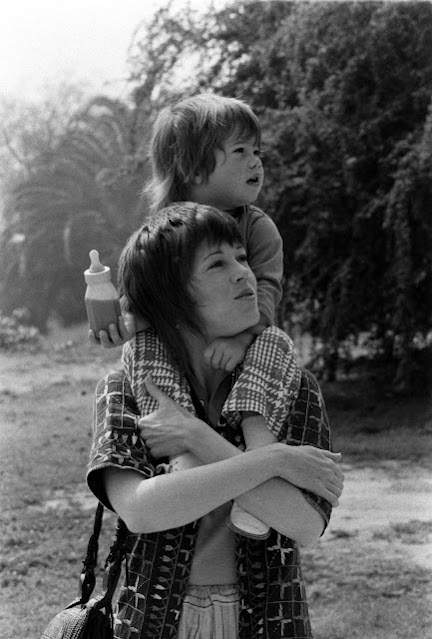 Jane Fonda and her daughter, Vanessa, in California, 1971. 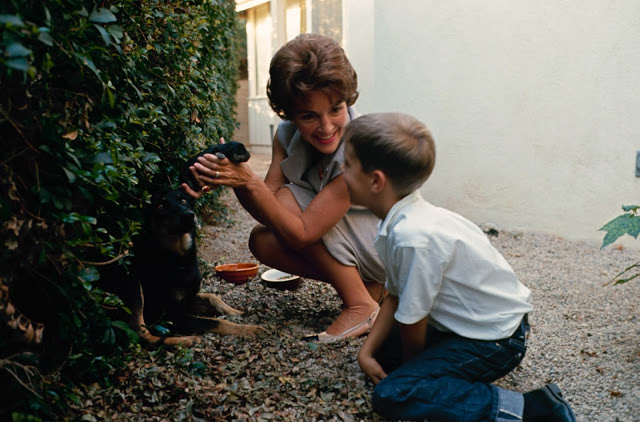 Nancy Reagan with Ron Reagan in Pacific Palisades, Calif., in 1965. 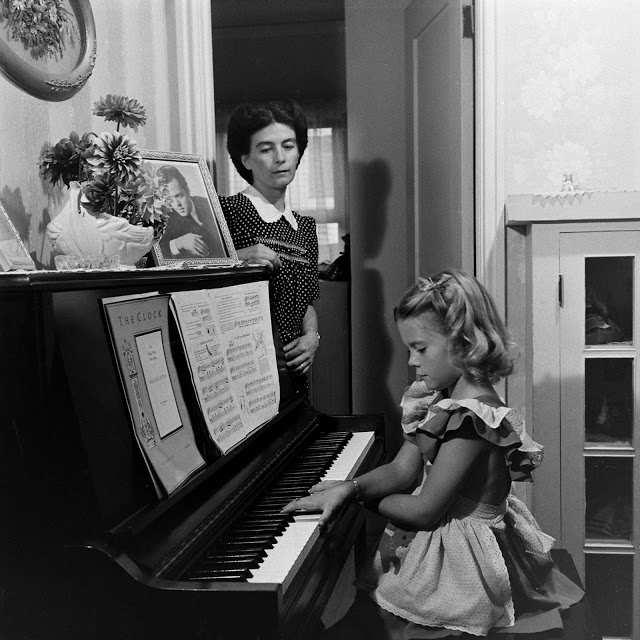 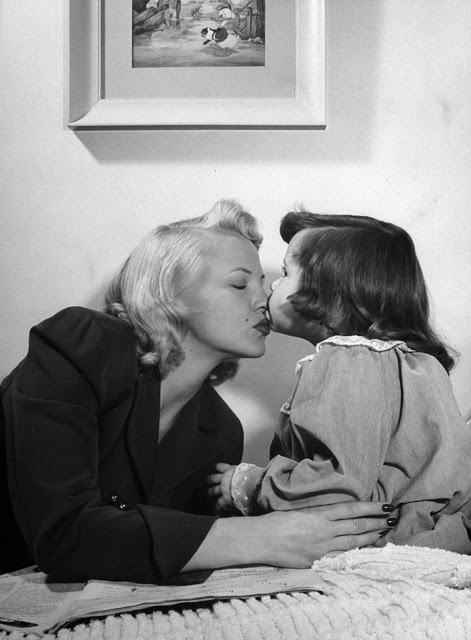 Peggy Lee gets a goodnight kiss from her 4-year-old daughter Nicki, 1948. 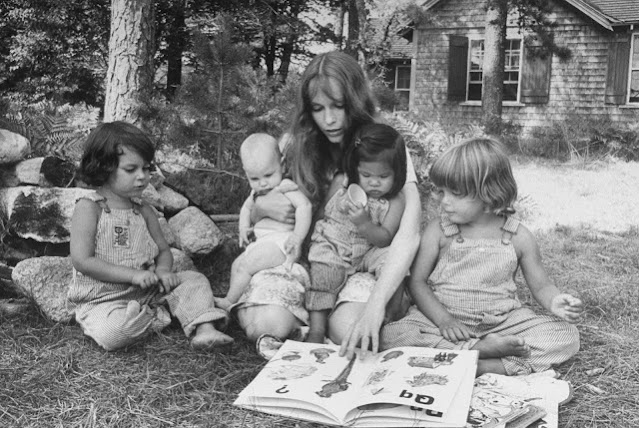 Mia Farrow reads to her children on Martha's Vineyard in 1974.

Posted by Yesterday Today at 1:16 PM