Frances Benjamin Johnston (1864-1952) was born during the American Civil War. In the 1880s, Johnston studied art in Paris and then returned home to Washington, DC, where she learned photography. She quickly established a national reputation as a professional photographer and businesswoman, with growing success in both the art and commercial worlds.

In the 1890s and early 1900s, as one of the first photojournalists, she provided images to the Bain News Service syndicate and wrote illustrated articles for many magazines.

In the 1910s, Johnston began to specialize in contemporary architecture and landscape photography, working for a time with photographer Mattie Edwards Hewitt in New York City. Here, we selected 30 amazing photographs took by Johnston in the 1900s and 1910s, which featuring everyday life in the United States from the early 20th century. 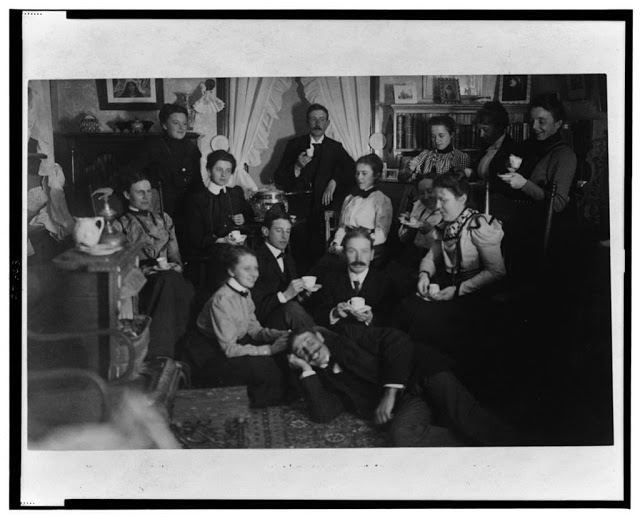 Group portrait of friends at social gathering, seated and standing with tea cups, in domestic setting, between 1890 and 1910. Interior view of dining hall, decorated for the holidays, with students sitting at tables at the Tuskegee Institute, 1902. 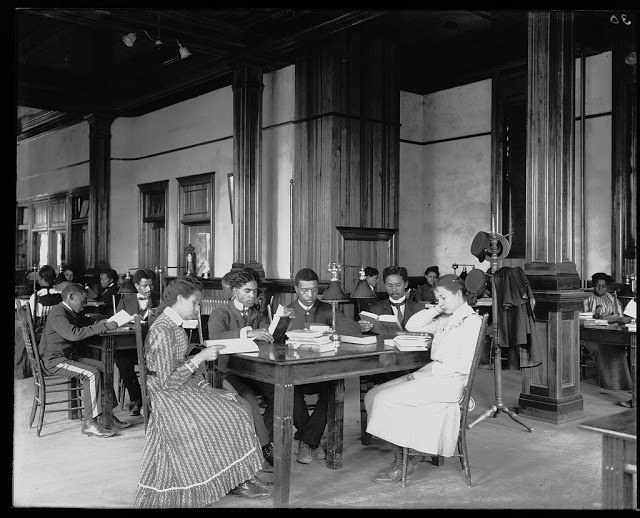 Interior view of library reading room with male and female students sitting at tables, reading, at the Tuskegee Institute, 1902. 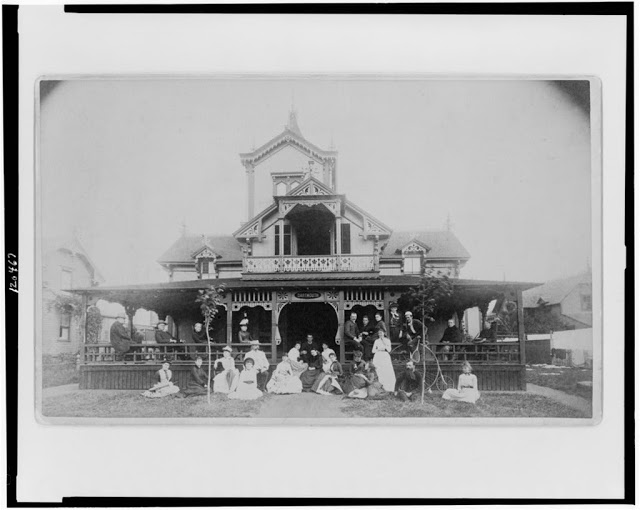 Frances Benjamin Johnston and family on porch and in front of house, between 1890 and 1910. 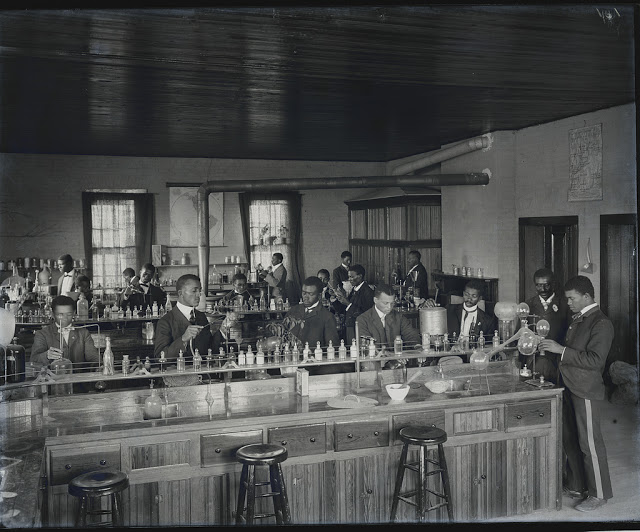 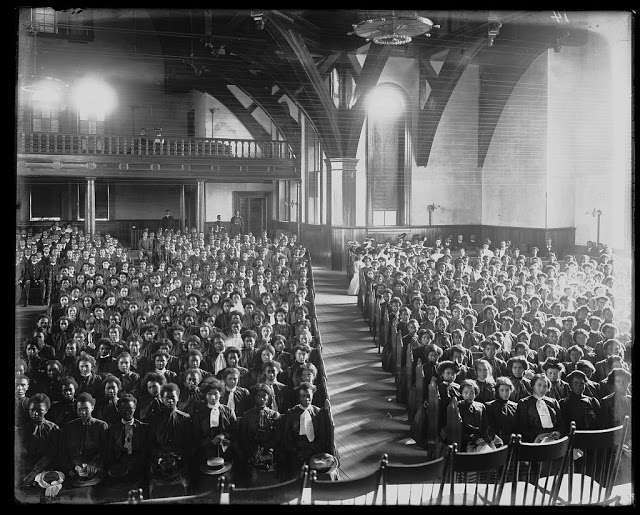 Interior view of chapel filled with female students at the Tuskegee Institute, 1902. 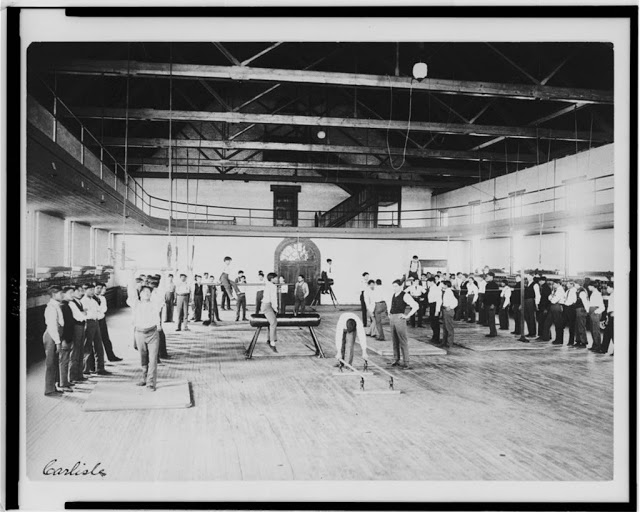 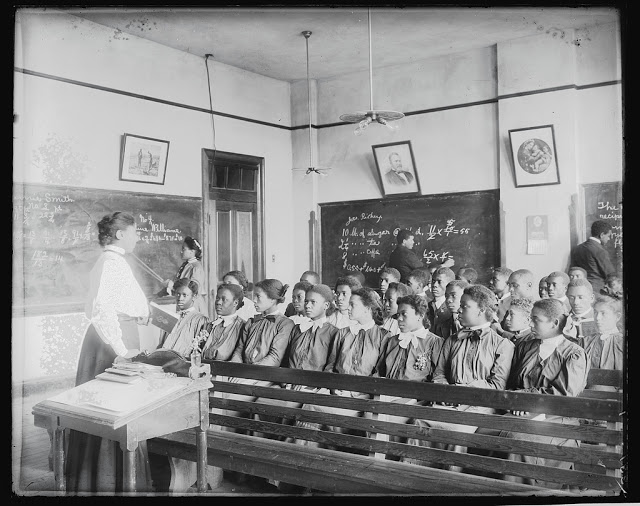 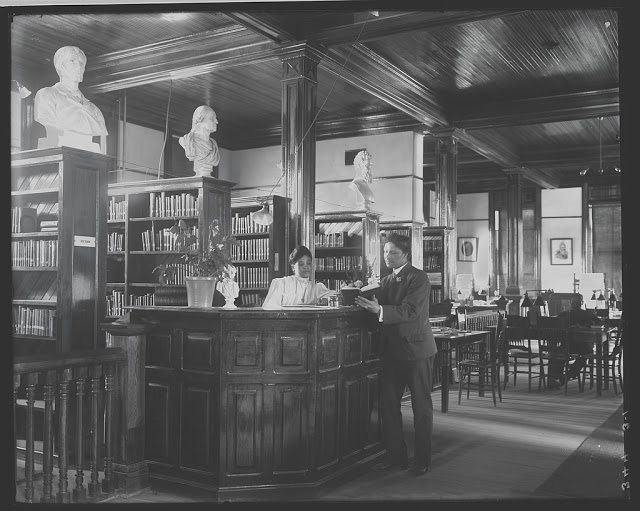 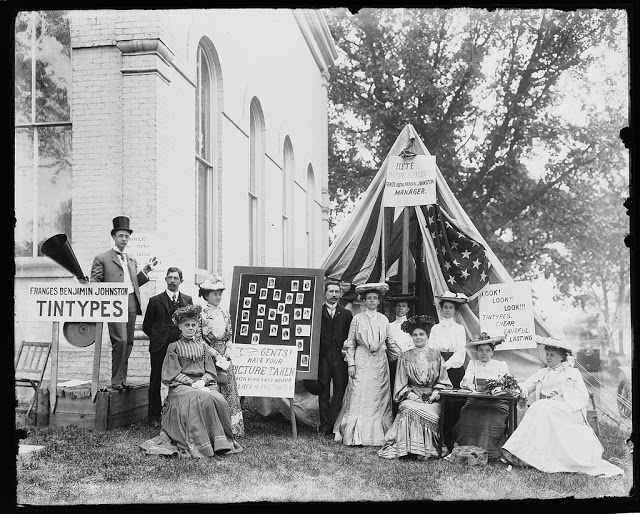 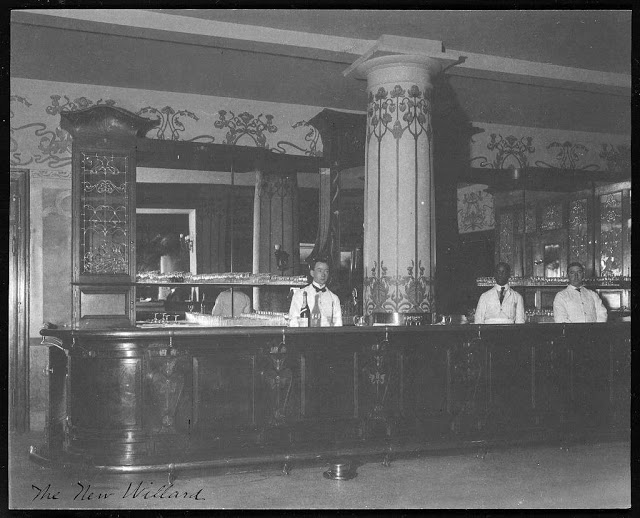 Three male employees, including one African American man, standing behind the bar at the Willard Hotel, between 1901 and 1910. 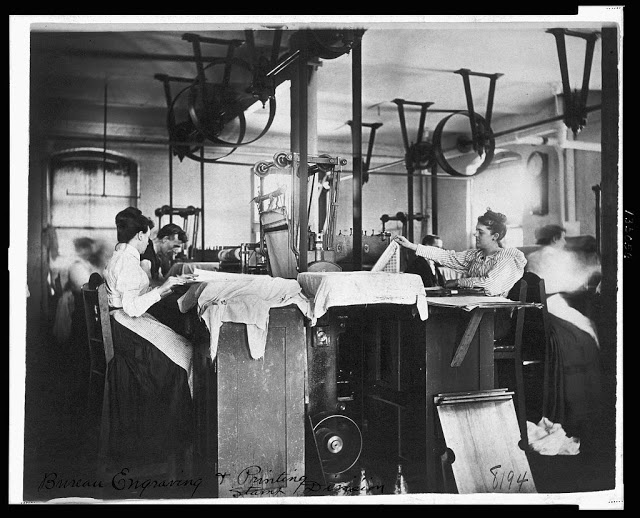 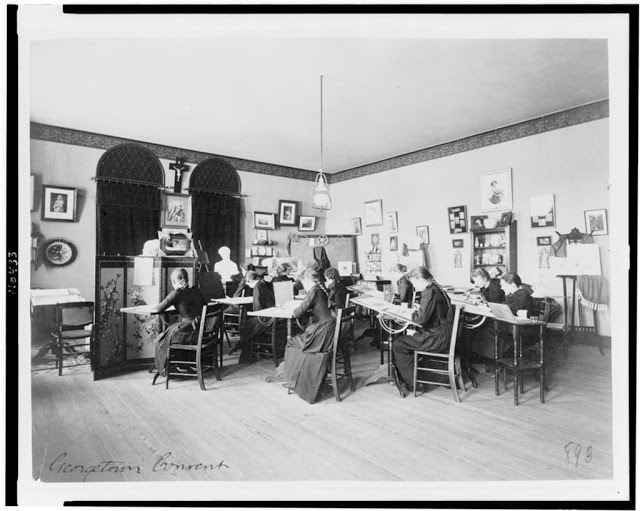 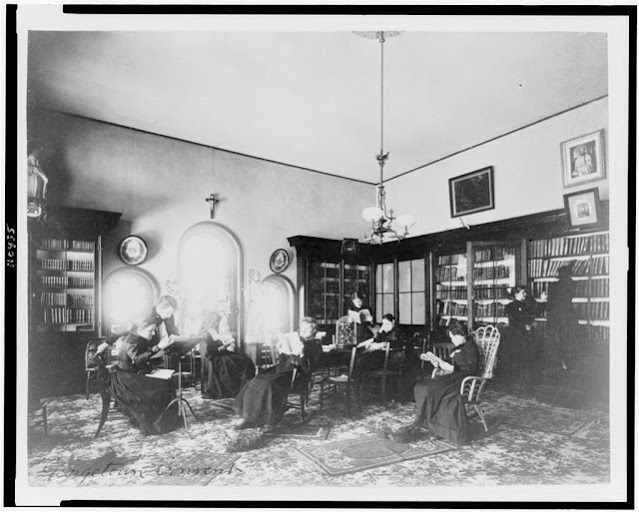 Students reading in library at Georgetown Visitation Preparatory School, Washington, D.C., between 1890 and 1910. 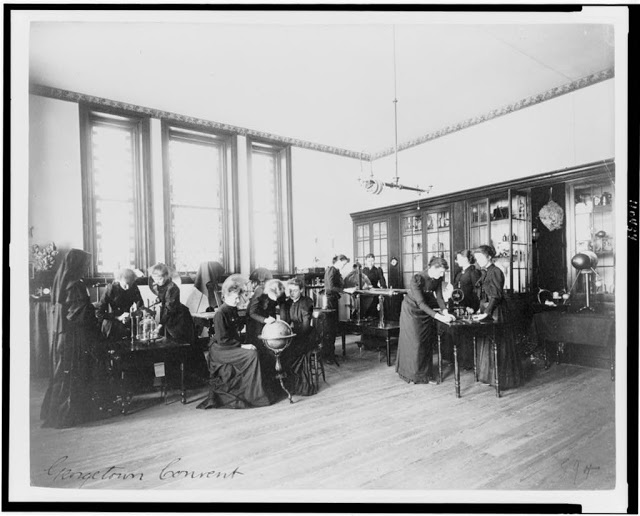 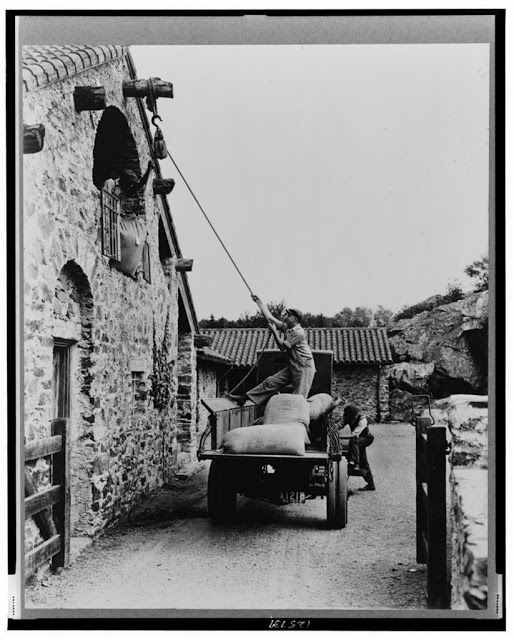 Men loading sacks of grain from truck in courtyard into second floor doorway of barn, 1917. 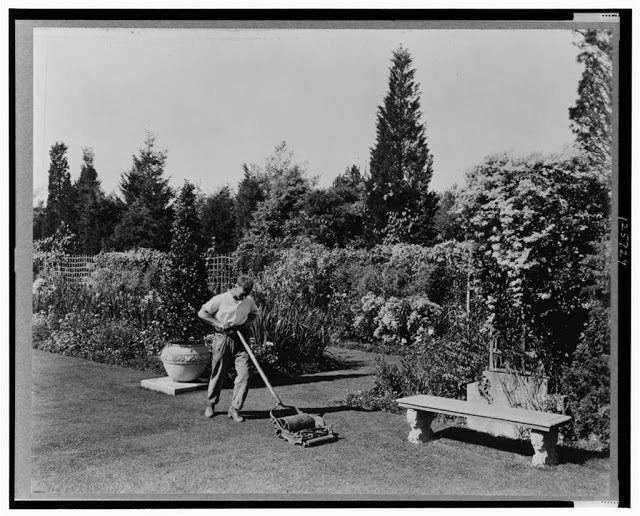 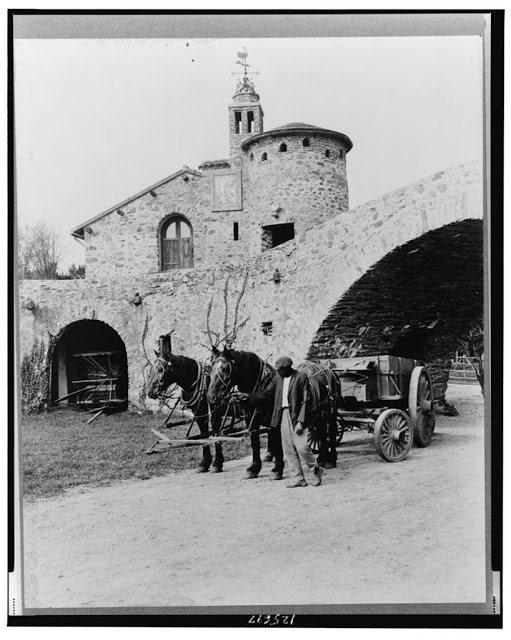 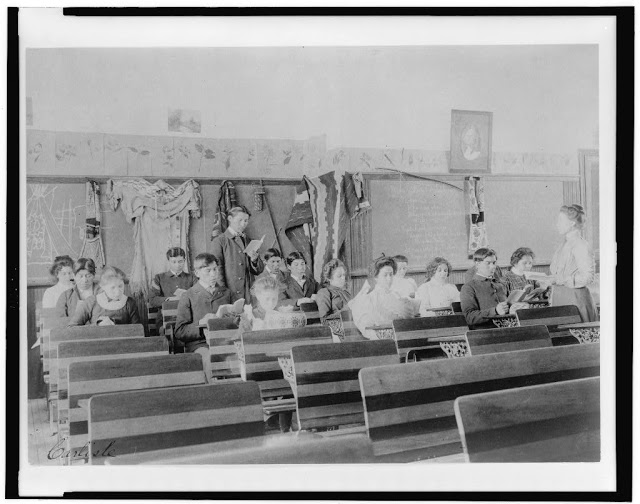 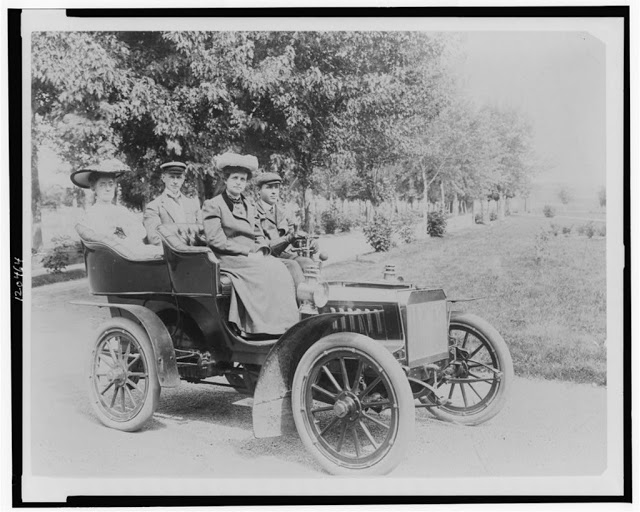 Frances Benjamin Johnston seated with three other people in automobile, between 1890 and 1910. 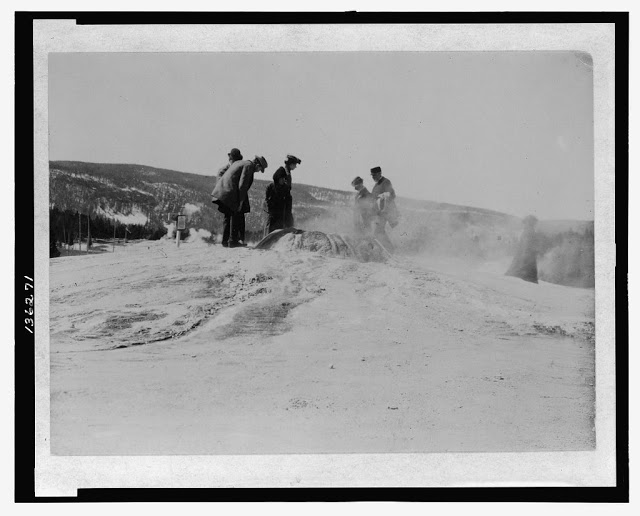 A group of tourists explore a geyser in the Upper Geyser Basin in Yellowstone National Park, 1903. 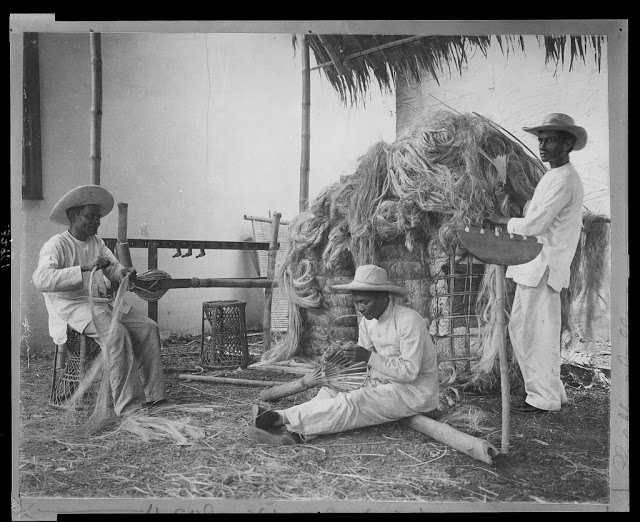 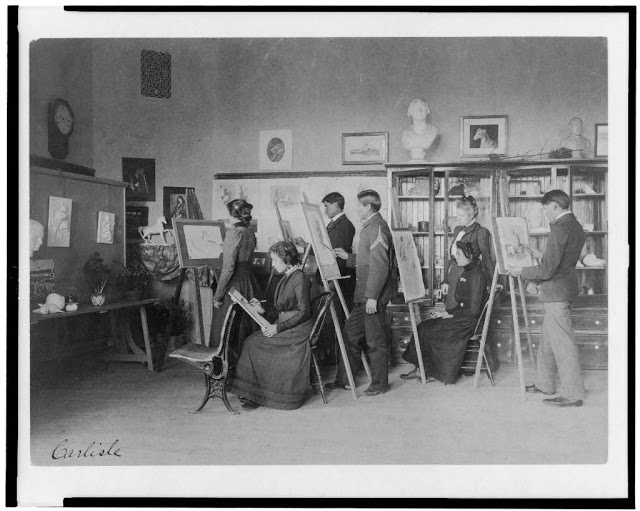 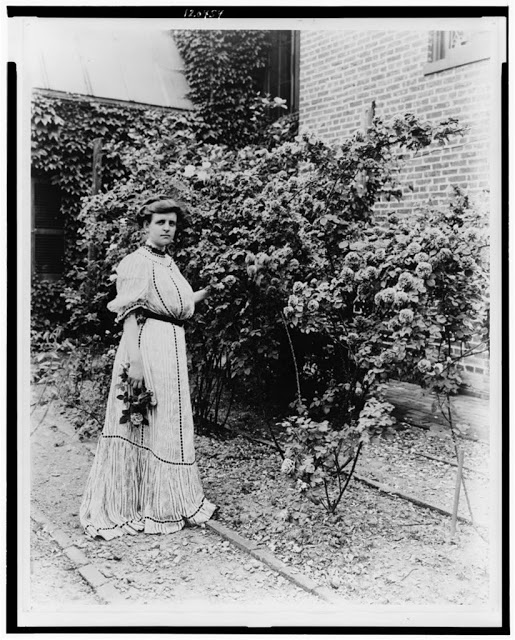 Frances Benjamin Johnston, full-length portrait, standing in her garden, by rose bushes, with some flowers in her hand, facing slightly right, between 1890 and 1910. 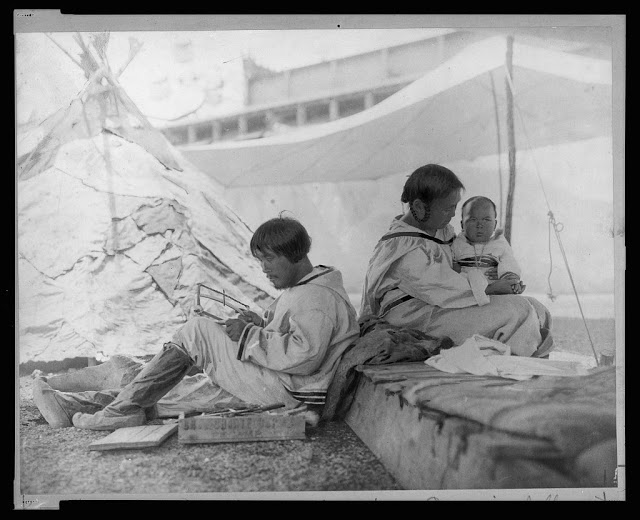 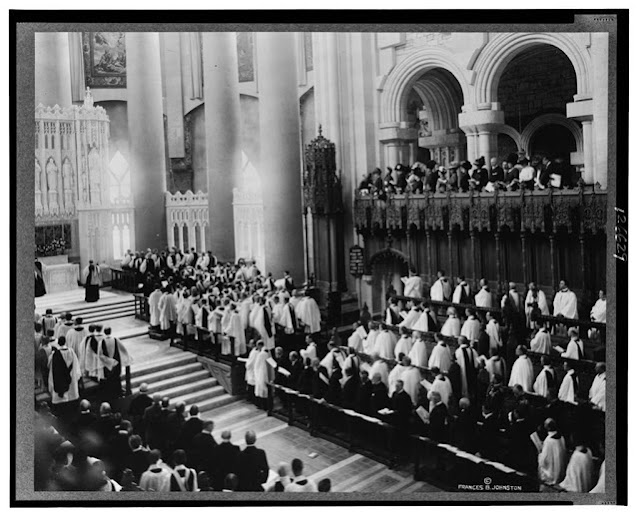 Consecration of the choir and the two chapels of the Cathedral of St. John the Divine, 1911. 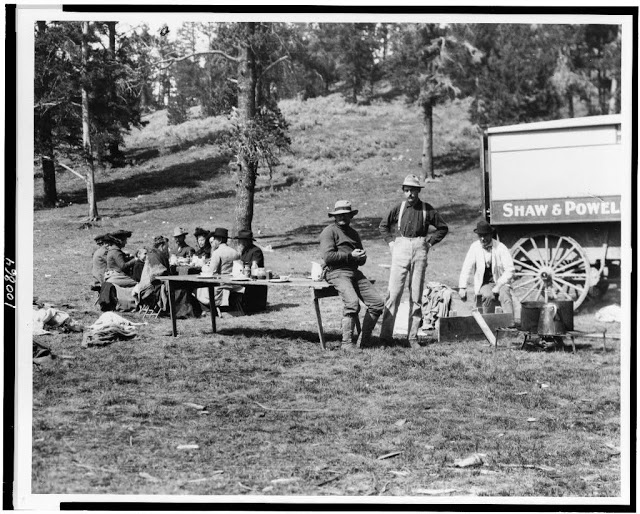 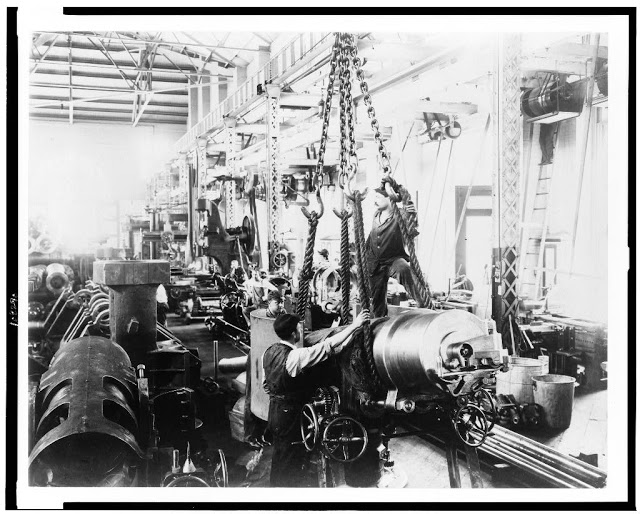 Getting ready to hoist a mounted gun, in Washington Navy Yard, 1903. 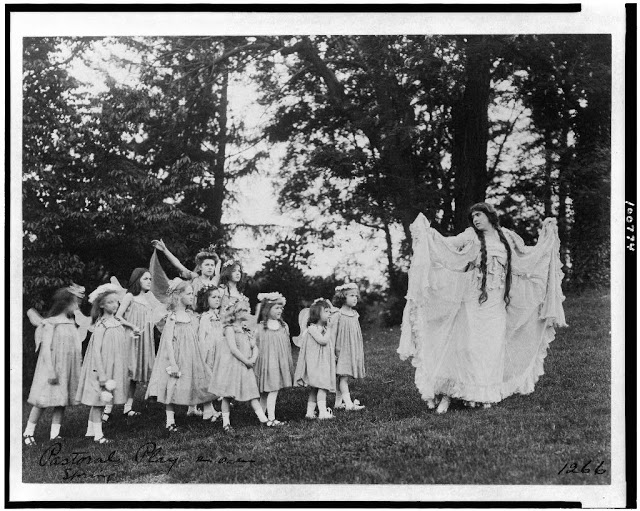 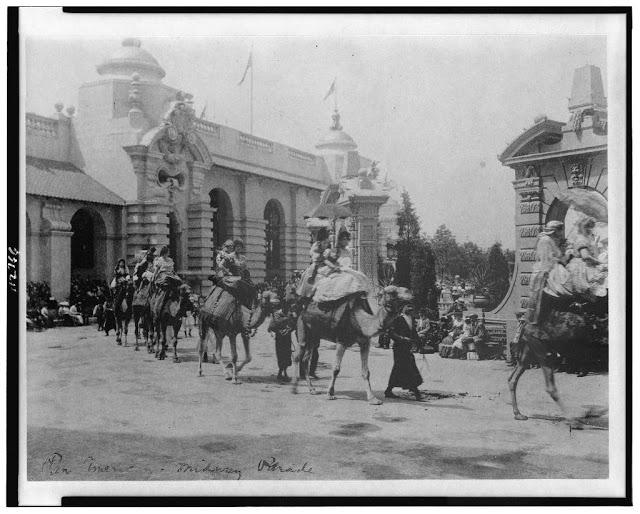 (Images via Library of Congress)

Posted by Yesterday Today at 1:14 PM